china has completed commissioning of the world’s largest and most sensitive radio telescope following a productive three-year trial. the spherical telescope, or FAST for short, will help to uncover the mysteries of space surrounding the genesis and evolutions of the universe, in other words: it will look for aliens (among other things). 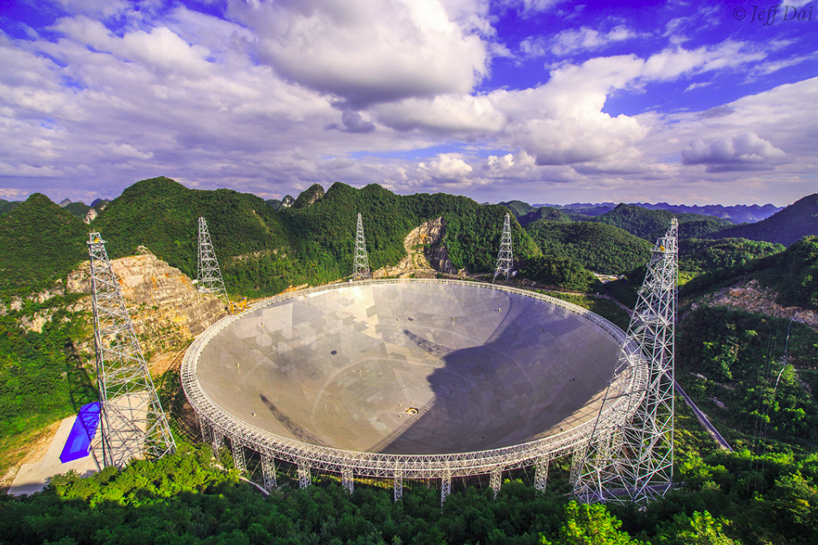 located in the remote pingtang county in guizhou, china, construction of the fast radio telescope began in 2011. it is the world’s largest single-dish radio telescope with a diameter of half a kilometer, according to state-run news agency xinhua.

the telescope is is made up of more than 4,400 aluminum panels which are tilted and turned by about 2,000 mechanical winches. it’s also the most sensitive radio telescope in the world—2.5 times more sensitive than any currently operating radio telescope. 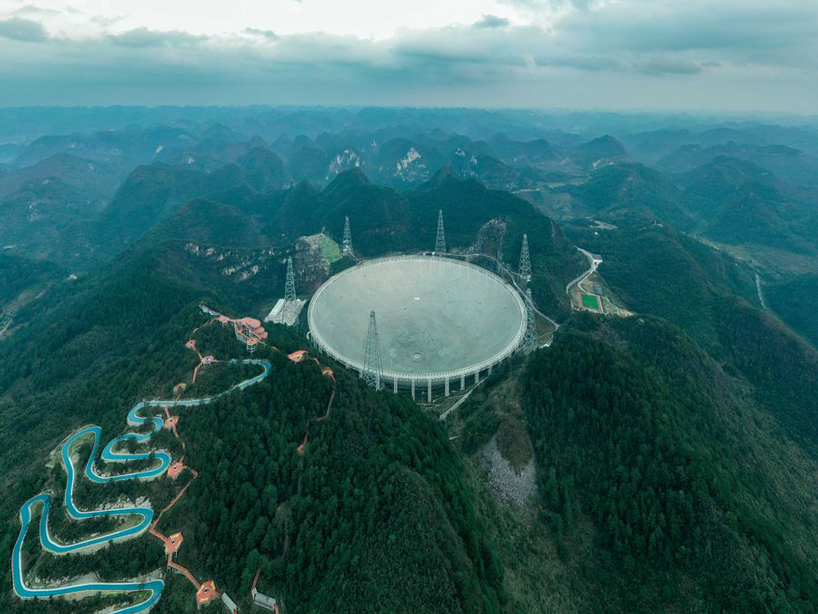 a statement by li kejia, a scientist at the kavli institute for astronomy and astrophysics at peking university, claimed that it will allow, ‘scientists [to] discover more unknown stars, cosmic phenomena and laws of the universe, or even detect extraterrestrial life.’ 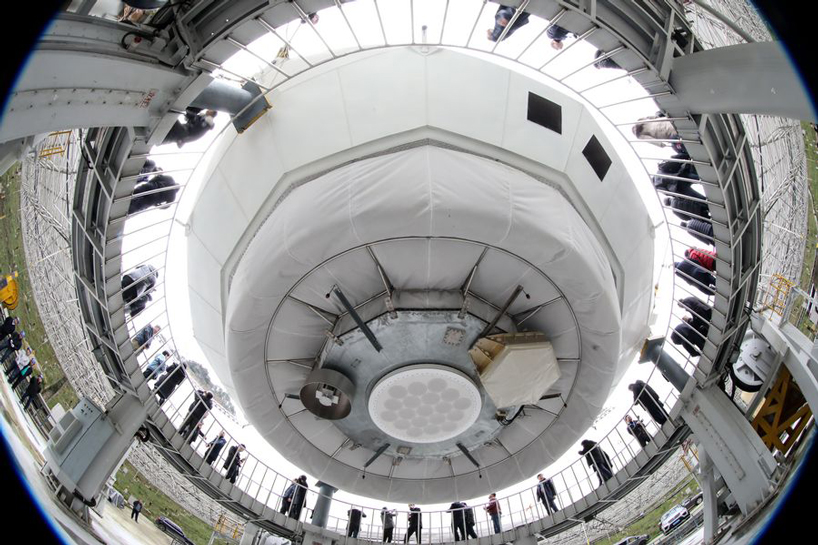 it will be used to look for pulsars, highly magnetized rotating neutron stars that emit beams of electromagnetic radiation. since 2017, it has already discovered two and has since discovered a total of 102 in just over two years. according to a press release, fast’s development involved relocating 7,000 residents in the vicinity. it notes that ‘an astronomy-themed park has been built around the site of fast, drawing a large number of visitors and tourists.’