china has unveiled a prototype for a high-speed magnetic-levitation bullet train capable of hitting speeds of 600km per hour. the train has been developed by the state-owned china railway rolling stock corporation (CRRC) and is scheduled to go into commercial production in 2021. 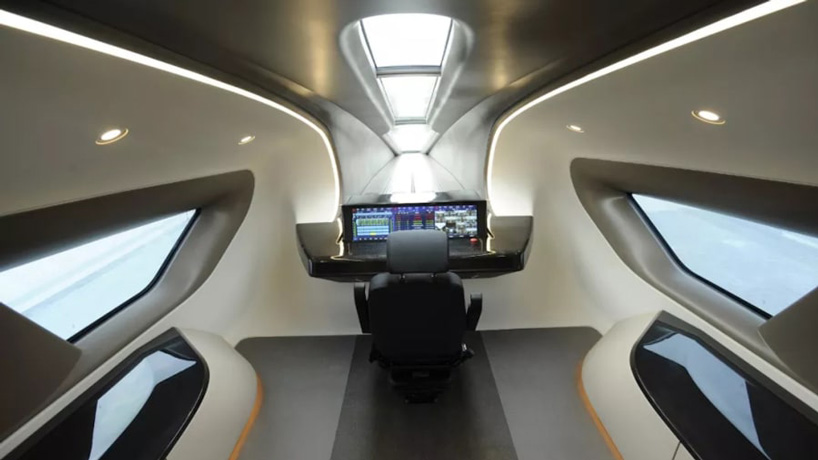 images courtesy of CRRC via CNN

maglev – short for magnetic levitation – is a system of train transportation, which employs magnetic forces to help the train achieve high speeds. it uses two sets of magnets, one to repel and push the train up off the track, and another set to propel the ‘floating train’ forward. 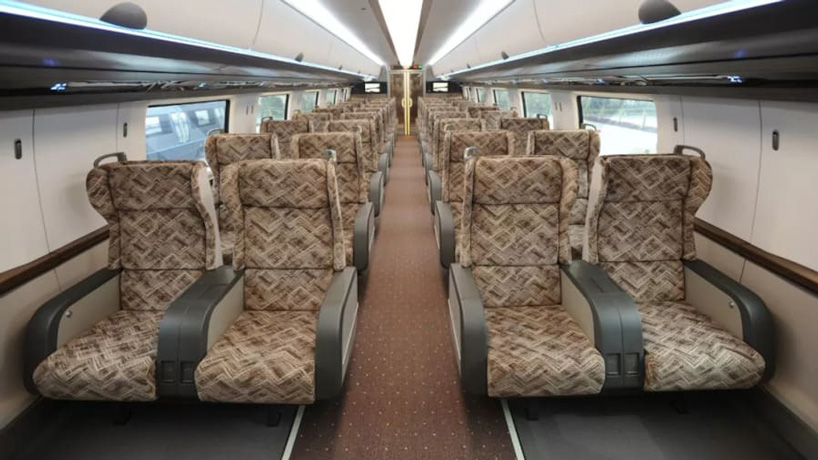 taking advantage of the lack of friction, the system allows the train to achieve speeds of up to 600km per hour whilst maintaining smooth acceleration. trains that currently run on the beijing-shanghai line have a maximum operating speed of 350 km/h. 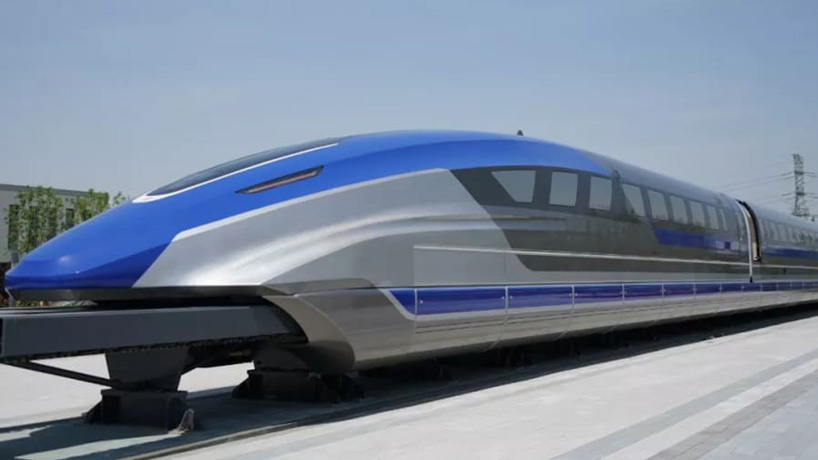 ‘take beijing to shanghai as an example — counting preparation time for the journey, it takes about 4.5 hours by plane, about 5.5 hours by high-speed rail, and [would only take] about 3.5 hours with [the new] high-speed maglev,‘ ding sansan, CRRC‘s deputy chief engineer, said in comments reported by CNN.

china’s new prototype will go through extensive tests before being deployed in 2021. CRRC qingdao sifang – a subsidiary of the CRRC – is currently constructing an experimental center and a high-speed maglev trial production center, which are expected to begin operating the second half of this year.