china has unveiled its new maglev transportation system in qingdao, shandong province. the high-speed train has been designed with a top speed of 600 kilometers per hour, making it the fastest ground vehicle in the world up to today. developed by the china railway rolling stock corporation CCRC, the scientific and technological achievement in the field of rail transit places china in the forefront of ultra-fast ground transportation.

maglev – short for magnetic levitation – is a system of train transportation, which employs magnetic forces to help the train achieve high speeds. it uses two sets of magnets, one to repel and push the train up off the track, and another set to propel the ‘floating train’ forward. taking advantage of the lack of friction, the system allows the train to achieve speeds of up to 600km per hour whilst maintaining smooth acceleration. previous to this, trains running on the beijing-shanghai line had a maximum operating speed of 350 km/h. 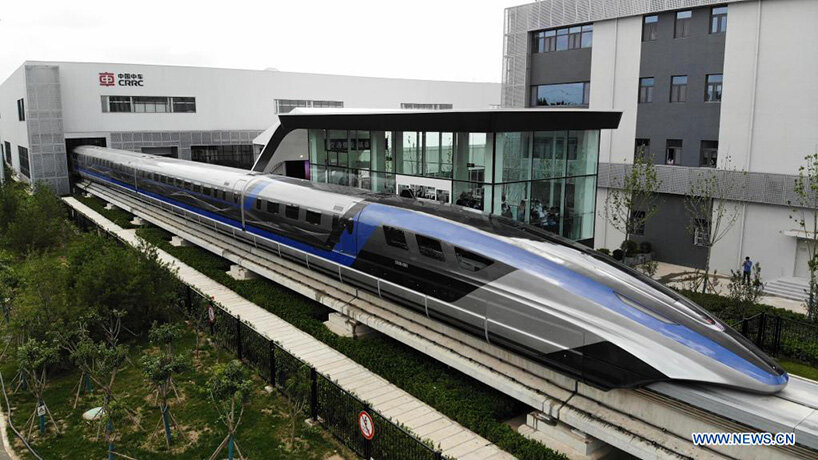 3.5 HOURS FROM BEIJING TO SHANGHAI

according to liang jianying, deputy general manager and chief engineer of CRRC sifang, the train’s noise pollution is low and it requires less maintenance than previous high-speed trains.

china first unveiled the train prototype back in 2019 when it announced their maglev train would transport passengers from beijing to shanghai in about 3.5 hours. compared to the 4.5 hours by plane and 5.5 hours by high-speed rail, this seems to be a huge achievement. the only problem is that currently, china only has one maglev line in commercial use — one connecting shanghai’s udon airport with the city’s longing road station. according to CNN, ‘several new maglev networks are reportedly under construction, including one linking shanghai and hangzhou and another connecting chengdu and chongqing.’ 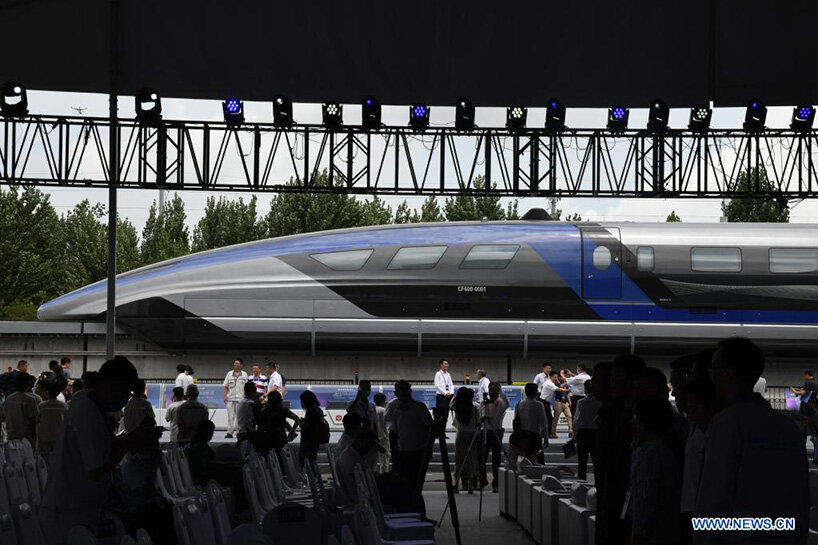 the maglev train’s noise pollution is low and it requires less maintenance than previous high-speed trains.