teleportation of a photon: physicists in china have announced details of their experiment to achieve ‘ultra-long-distance quantum teleportation,’ which could work towards a global quantum internet. the team established the first ground-to-satellite quantum network, and transmitted a photon from an entangled pair up to 870 miles (1,400 km). entangled photons have potential to revolutionize secure communications – but in the past scientists have only been able to maintain the bond for about 62 miles (100 km). 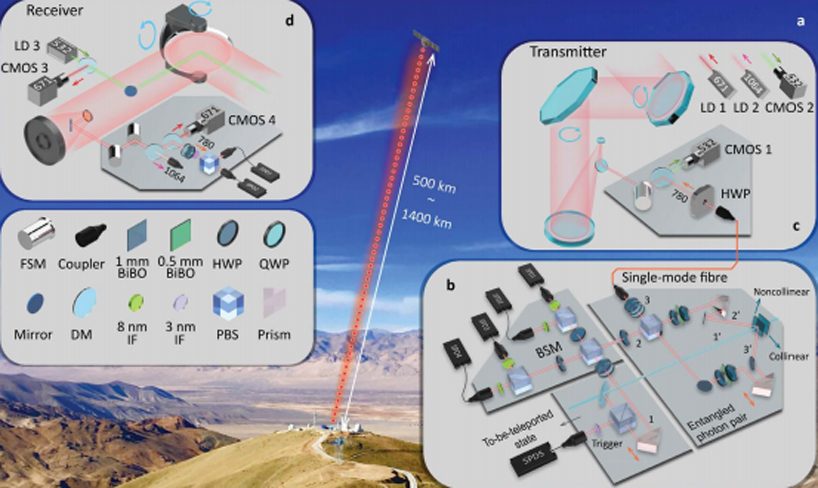 teleportation of a photon

over 32 days 911 positive cases were observed, with millions of photons being sent during the course of the experiment. it is the longest distance over which researchers have observed quantum entanglement as well as being the first time the teleportation has taken place from ground to space.

the experiments relied on the ‘quantum satellite’ micius, which launched to a sun-synchronous orbit last year from the jiuquan satellite launch centre. as the satellite moves through its orbit, its distance from the tibetan ground station varies from 500 km to 1400 km (310.7 – 869.9 miles). 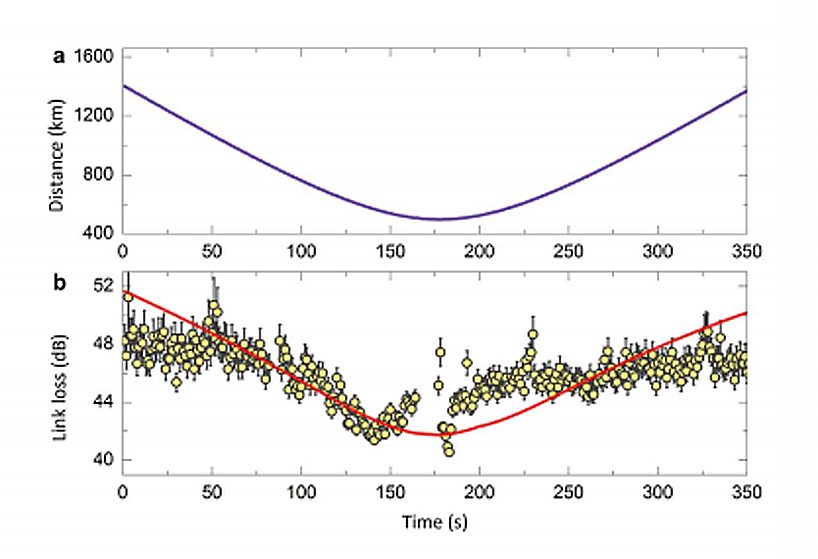