cirque du soleil drones demonstrate the interaction capabilities between humans and machines in a dynamic performance. a floating group of computer controlled gadgets were shot as a short film and took place in the flying machine arena at ETH zurich. the visuals are real, meaning no CGI, wires or slow-moment were used to enhance the clip.

titled ‘sparked’, the collaboration between cirque du soleil, ETH zurich and verity studios used the portable space devoted to autonomous flight at the flying machine arena. this zone serves as a testbed for research into aerial vehicles and was fundamental to the realization of ‘sparked’. quadcopter control and state estimation, trajectory generation and high-precision maneuvers are just some of the aspects they explore in the center. 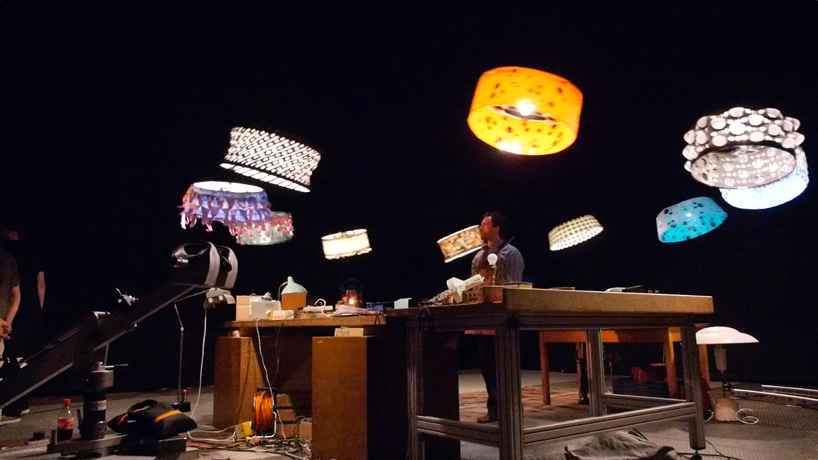 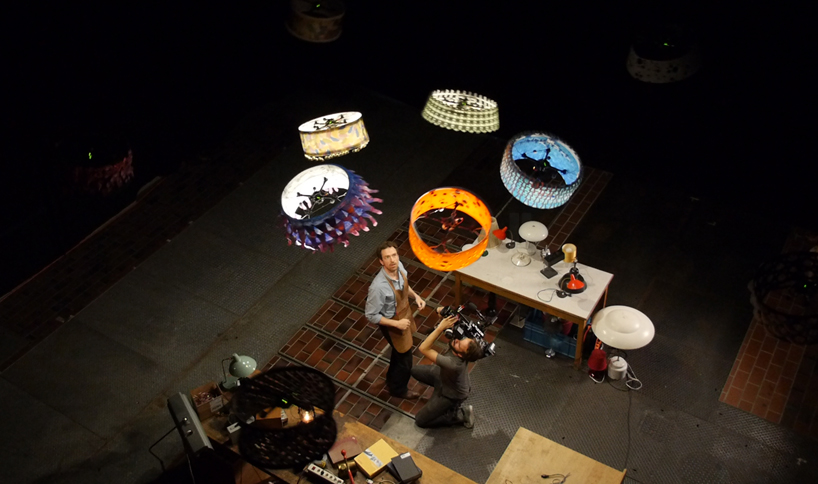 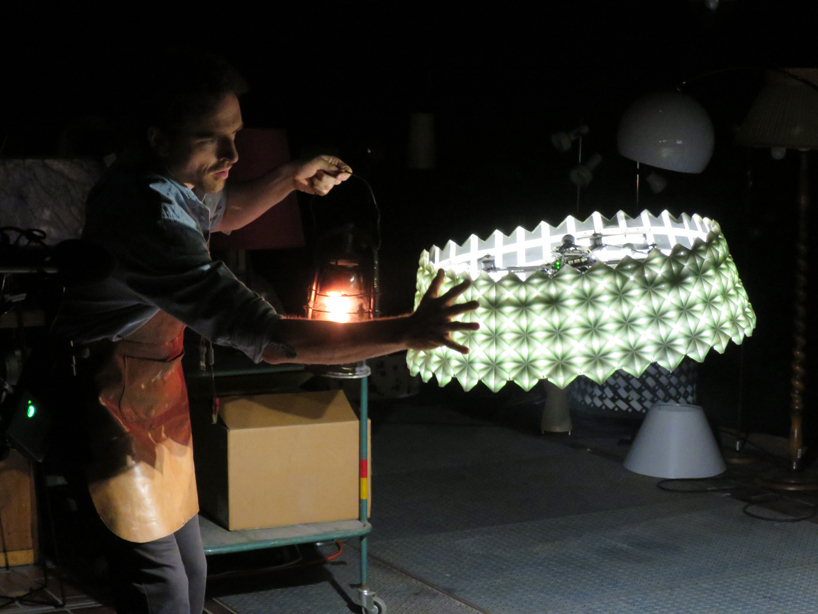 the first interaction between the repairman and the flying lampshades 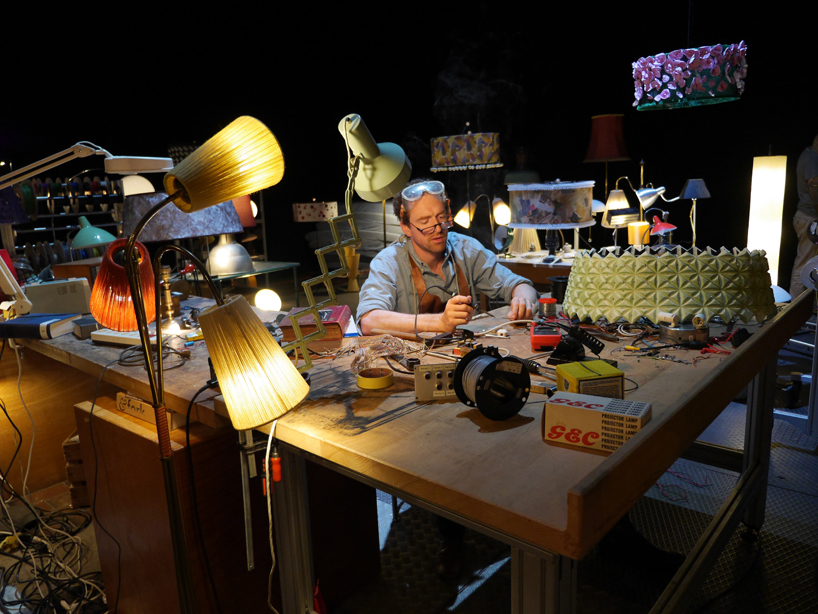 nicolas, the human actor, doing some repair work in his workshop 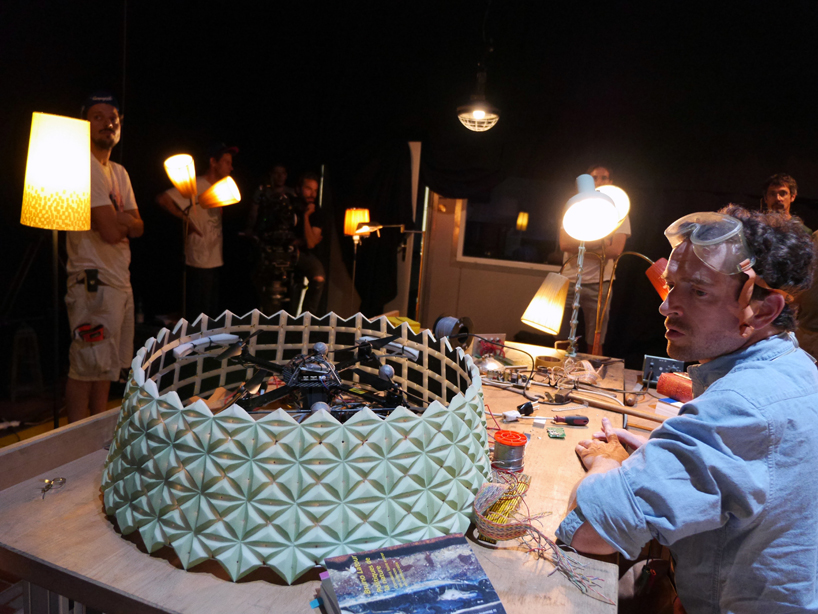 human and machine actors getting ready for a scene 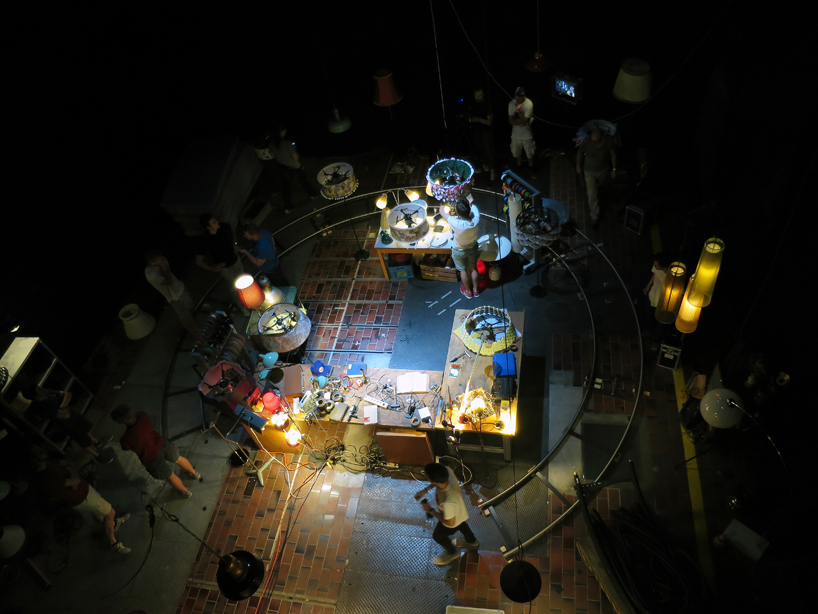 the film shoot took place in the flying machine arena at ETH zurich, a portable space dedicated to autonomous flight 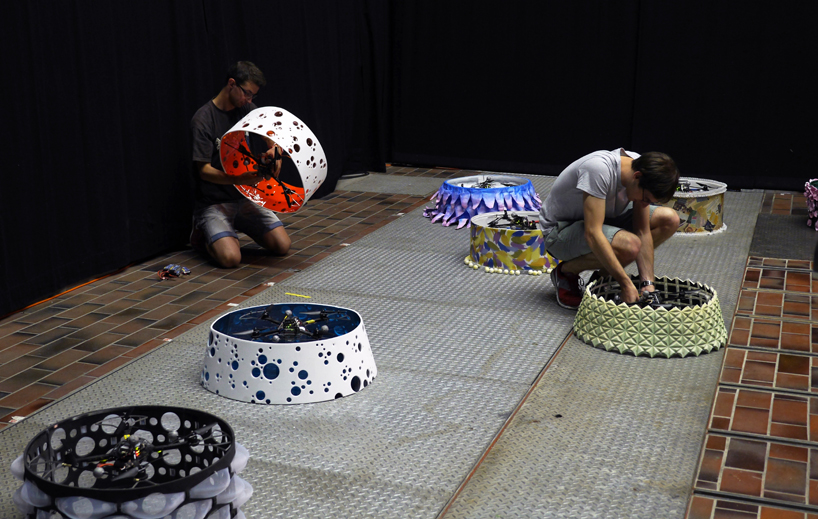 replacing batteries on the flying machines 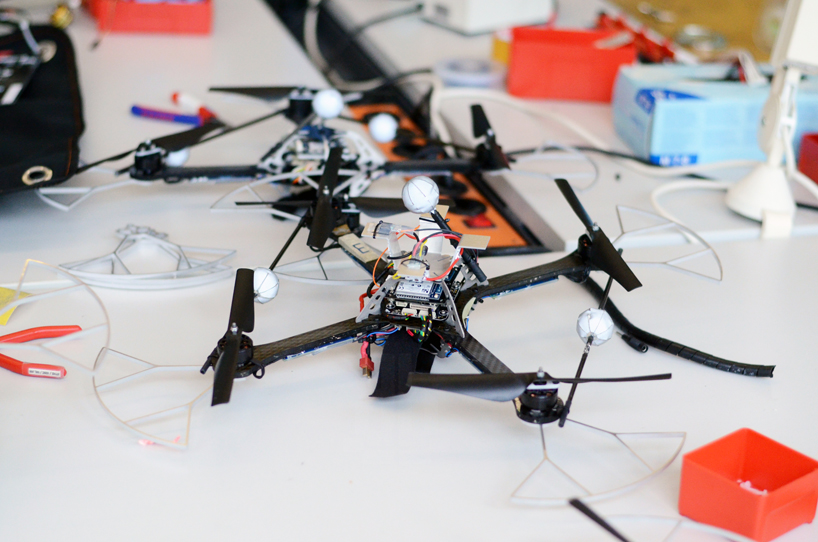 one of the flying machines used during the shooting of sparked

behind the technology
tim spears I designboom