‘hybrid tower’ is a project within the complex modelling research framework at CITA (center for information technologies and architecture) and was exhibited within the contextile festival in guimaraes. a reaction to the convention of stiff, static architecture, the tower asks what a structure would look like if built from soft materials that give way to forces in a controlled manner. the team describe the concept as an architecture that embraces the idea of resilience and adaptation. 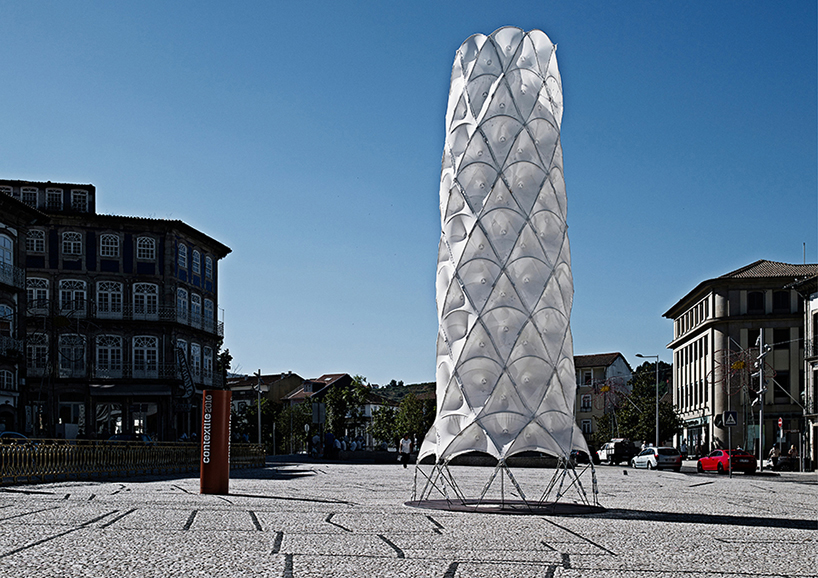 ‘hybrid tower’ was developed as part of an interdisciplinary collaboration between architects (CITA, copenhagen), structural and textile engineers (KET, berlin & fibrenamics, guimaraes), material testing specialists (duisburger) and a knitting company (A. ferreira & filhos). together they developed material and design fabrication processes which allowed the team to use knit materials as structural elements in a previously unprecedented scale, opening new avenues for textile as a building material. 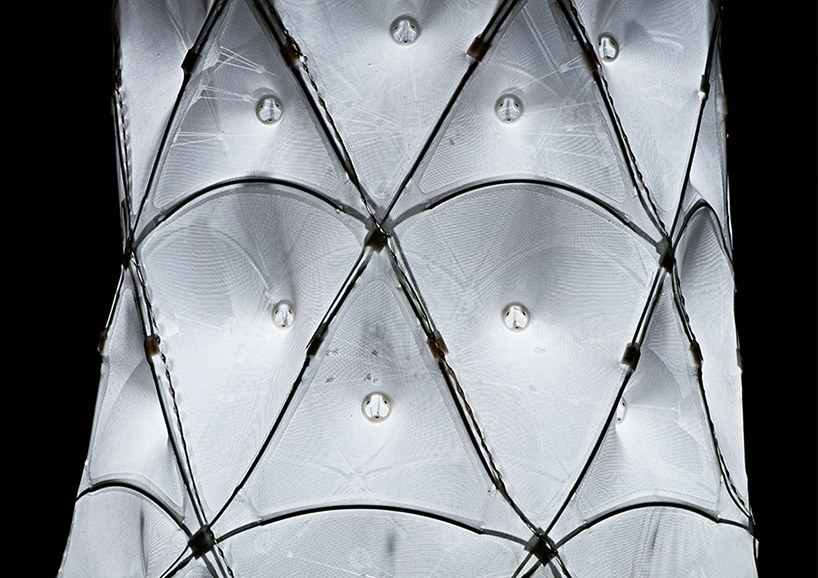 the CITA hybrid tower is made from only two components: bent GFRP rods and a custom-made CNC knit. by combining these materials a very light yet very stiff structure is created, capable of balancing wind and other external forces through an interdependent combination of compression and tension elements. extremely light and easy to assemble, the tower is still strong enough to withstand a three month outdoor installation on the central square of largo do toural in guimaraes, portugal. 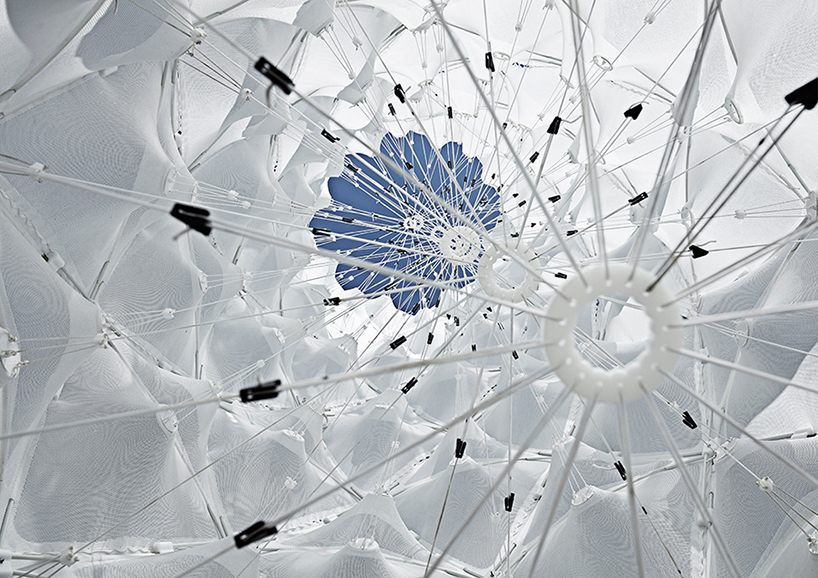 a core question of the project is the ability to design for and with material performance. closely tied to material optimisation, the concept introduces three scales of design engagement by which to examine material performance: the structure, the element and the material itself. in order to realize the tower, the team needed to create a framework for balancing feedback from different scales of design engagement; from material design, simulation and analysis to specification and fabrication. 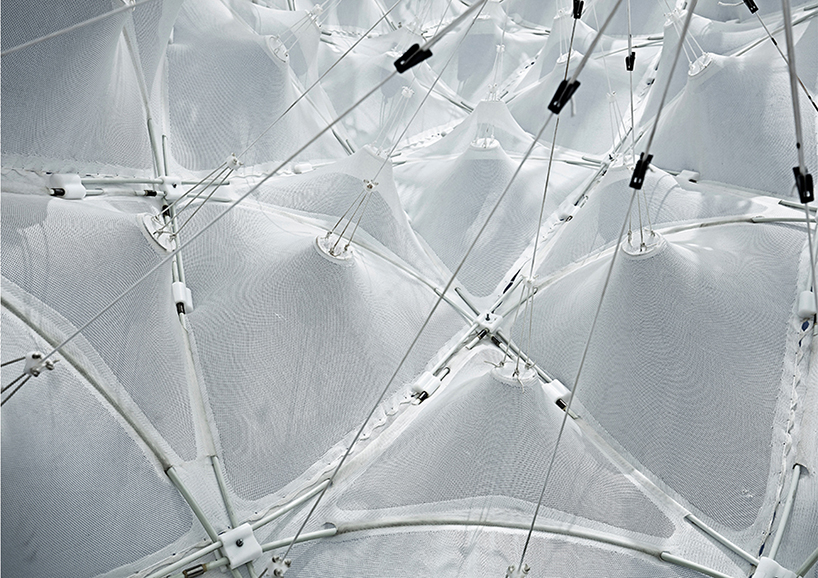 the application of knitted fabrics on an architectural scale required CITA to create new simulation and testing techniques for elastic materials. the process was developed uses a projection-based relaxation method with a finite element simulation that extends existing approaches to the task and can effectively predict the interaction of the constraining fabrics. a parallel database was developed to gather information on the fabric’s performance, not only due to its bespoke properties but also due to the relative dearth of prior experimentation with elastic materials in the building industry. 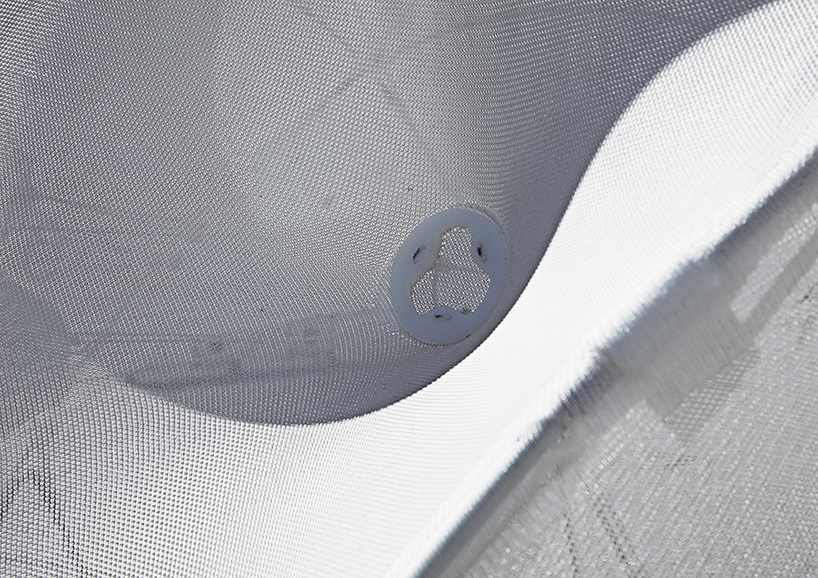 the current approach in the production of textile architecture is to cut patches out of large rolls of fabric, to sew these and apply details later on. in the case of the tower, all details are embedded into the material itself and the final shape is knitted directly in the CNC knitting machine. for this, an interface between the design environment and CNC production machines was developed by CITA and AFF. this enabled the direct creation of the machine code defining the knitting beds, the yarn carries and holding patterns, and thereby controlled the formation of the knitted textile, providing a direct control of the structure, material and shape. 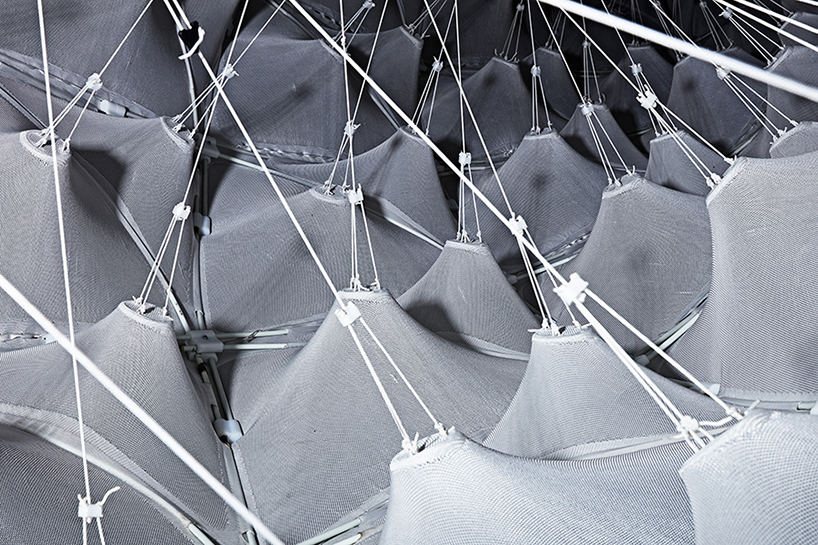 rather than a storey oriented assembly, the structural skin of the tower is produced on the ground as a large prestressed panel. this is subsequently rolled into shape, tensioned, transported horizontally to the site and then erected. the 9 meter high structure light enough to be carried by just 6 people. in order to ease assembly, a set of puzzle like joints are integrated into the form which can be attached to round beams after they slide through the channels. resting on metal stoppers fixed to the beams, these are able to withstand vertical loads of up to 50kg each. 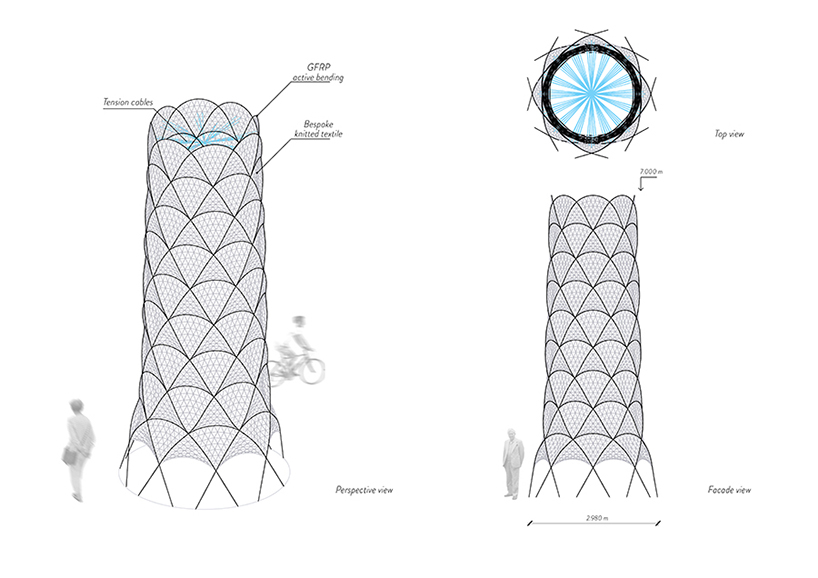 created as a proof on concept, ‘hybrid tower’ was exhibited for three months in guimaraes’ central square as part of the contextile festival. demonstrating the strength and high performance of bespoke knitted material on a large scale, the project also provided an exciting architectural intervention to the town, bringing the experience of a translucent and haptic textile architecture into the old urban environment. the project received support through the european COST action ‘novel structural skins’. 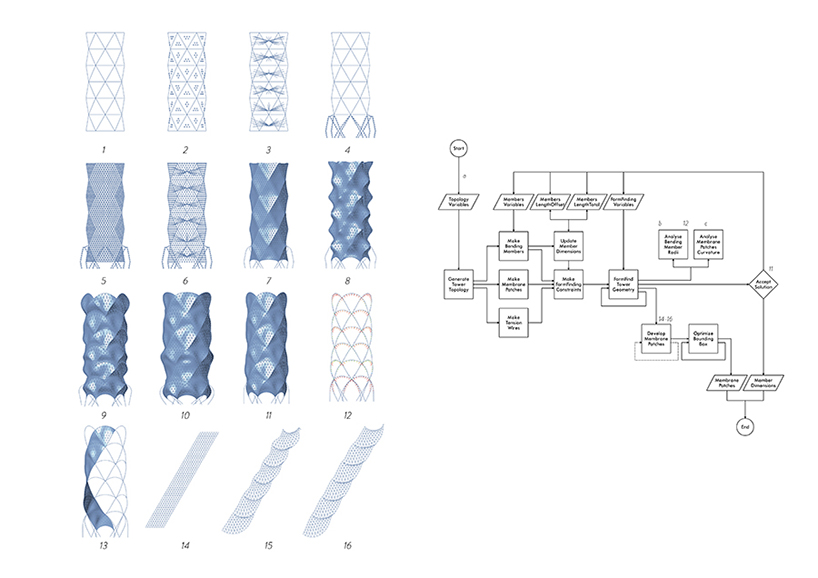 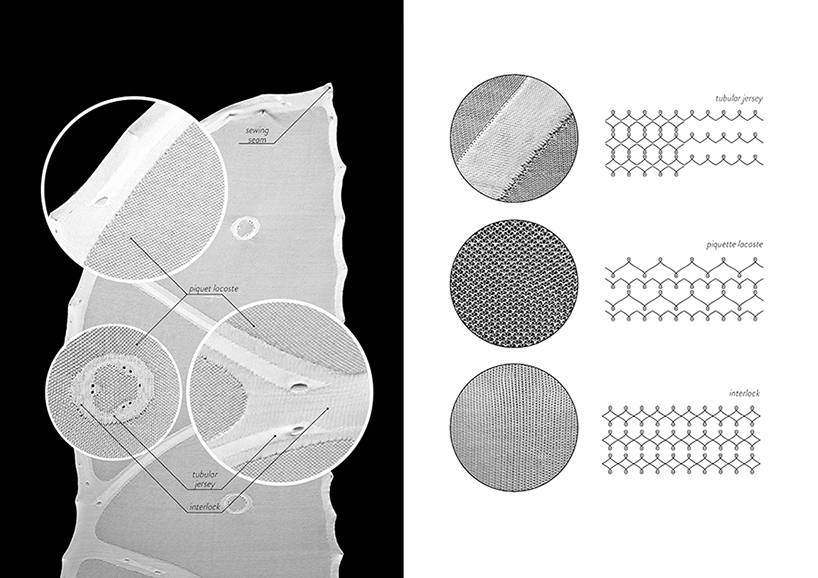 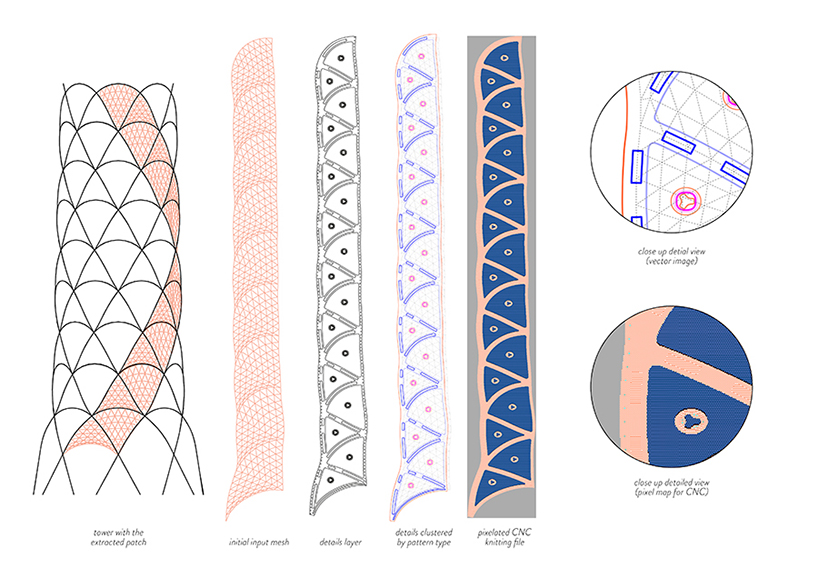 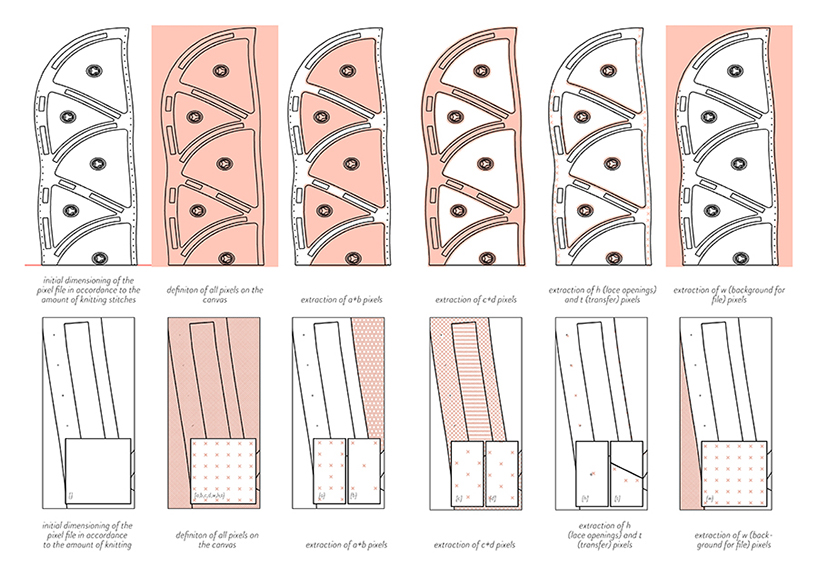 layers of the digital file for the CNC knitting machine