citroën unveiled its ami one concept, touting the mini car as a ‘disruptive all-electric object‘ that the company will present at the 2019 geneva motor show. the two-person NEV is designed as an alternative to public transport and can be driven by anyone 16 or older without a license. 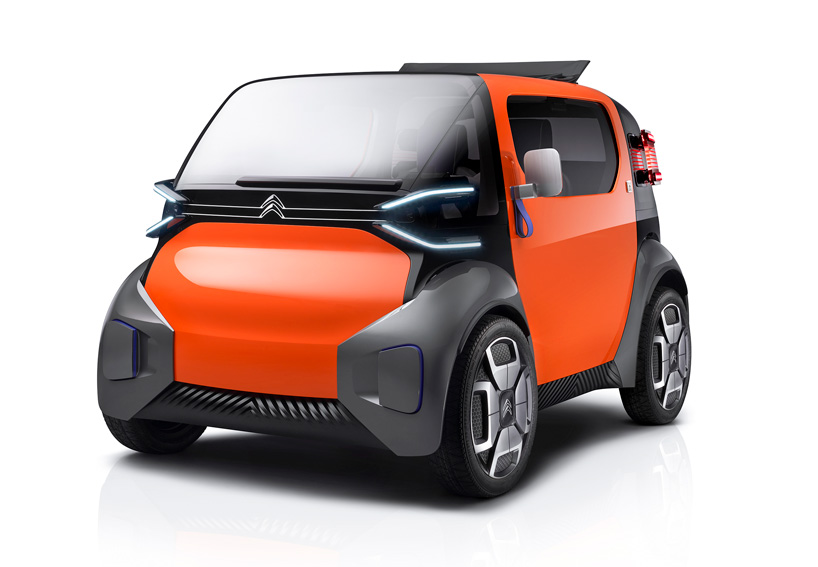 the two-seater concept vehicle is compact at 8.2ft long and has a 62-mile (100km) range with a top speed of 28 mph (45 km/h). citroën positions the EV as an alternative to public transport (bus, tramway, metro) and other individual, two-wheeler means of transport such as bikes, scooters and kick scooters. accessible for anyone from the age of 16 in european countries (according to the legislation), it is intended for urban customers with or without a driver’s licence. 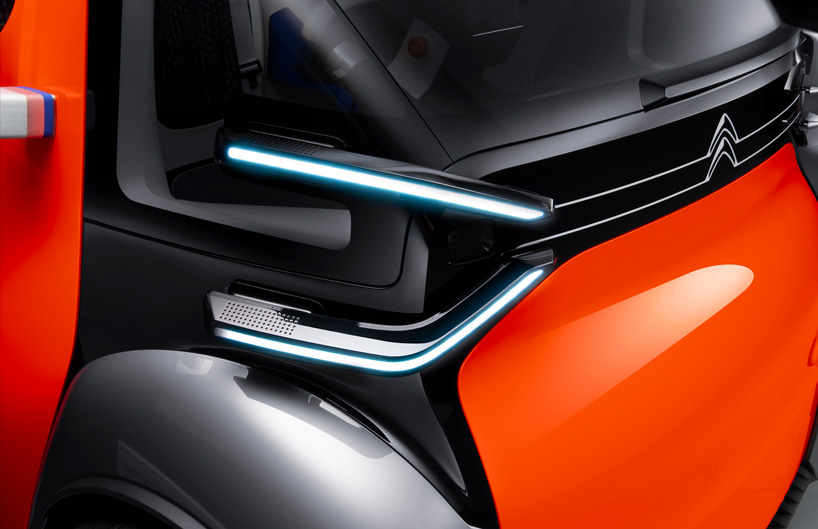 along with the concept the company envisions ‘new consumption modes’ involving carsharing, rental, or purchase agreements. after unlocking the door through a QR code scanner on the handle, via mobile app customers can choose to use the mini car for as little as five minutes or as much as five hours. there are also leasing options available ranging from five days to five years. 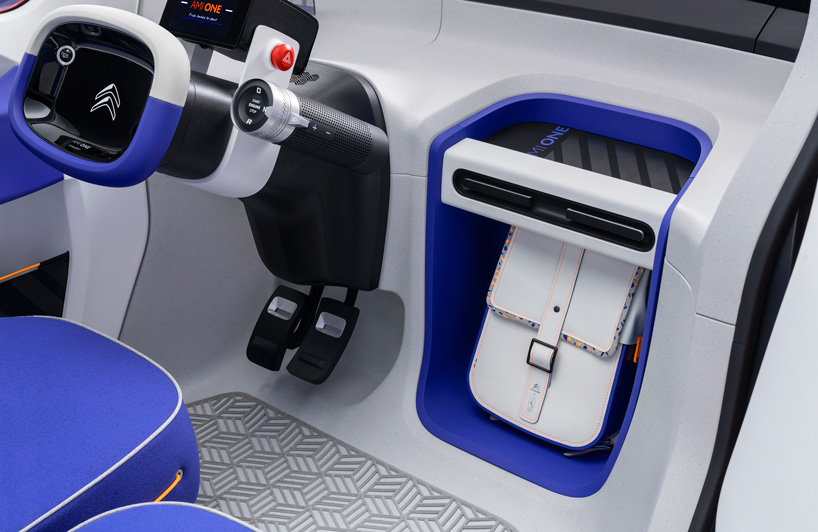 the 425-kg (936 lb) ami one features a cube-shaped body and ultra-compact dimensions. four-spoke 18-inch wheels sit at the base as if sculpted from the cabin which measures 2.5m long and 1.5m high. once inside, drivers will find wireless charging for their phone and a 5-inch screen for an instrument cluster. the interface is controlled using two buttons mounted on the steering wheel, a voice command to call the assistant and a drop-down menu for browsing apps. to the right of the ‘drive-pod’, a cylinder houses the start button, warning button, automatic gearbox selector and a Bluetooth speaker with a volume control. 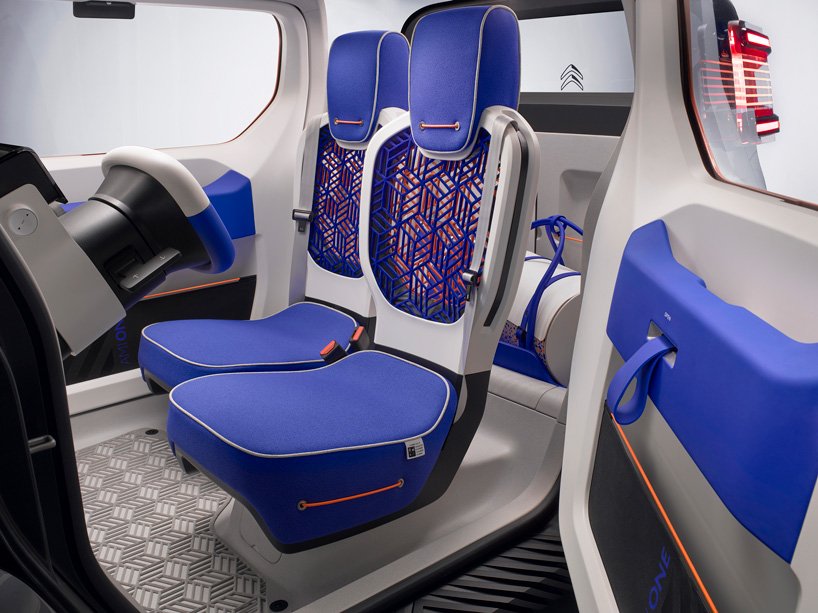 citroën imagines the concept zipping around cities in the future but it first has to present the vehicle at the geneva motor show when it kicks off on march 7. in the mean time check out the vast amount of EV’s taking over the market at the moment including renaults ‘mobile lounge‘, BMW’s four-by-four and a classic MINI. 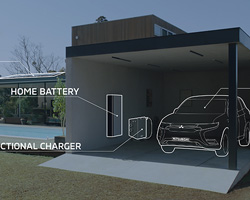