italian architect, luca agnelli, is fascinated by the beauty standards of bygone eras. his workshop specializes in customizing bikes; retrieving tanks from mopeds; integrating batteries; and manufacturing electric bicycles. the citroën 2CV is one of the most widely recognizable cars made, acting as a beacon to classic french car design. likewise, the ‘doniselli duomo’ is a classic with a new lease of life in the world of cargo tricycles. the milan-based designer decided that these two vehicles were made for each other, and created this original electric-assist tricycle. 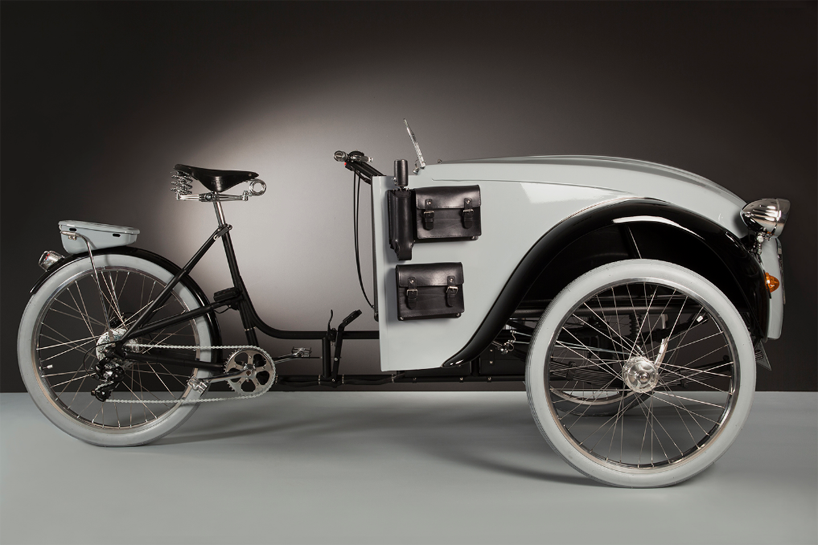 labelled the ‘2CV paris’, this one-of-a-kind edition has been grafted from the 1980 citroën ‘2CV’ front, all the way to the back end of a 1929 duomo bicycle. difficulties included maintaining the automobile’s original sheet metal whilst it was constructed onto the doniselli’s frame. the rider’s pedaling power is boosted by a 36 V / 250-watt bafang rear hub motor, which is powered itself by a 36 V/10-ah panasonic battery pack. 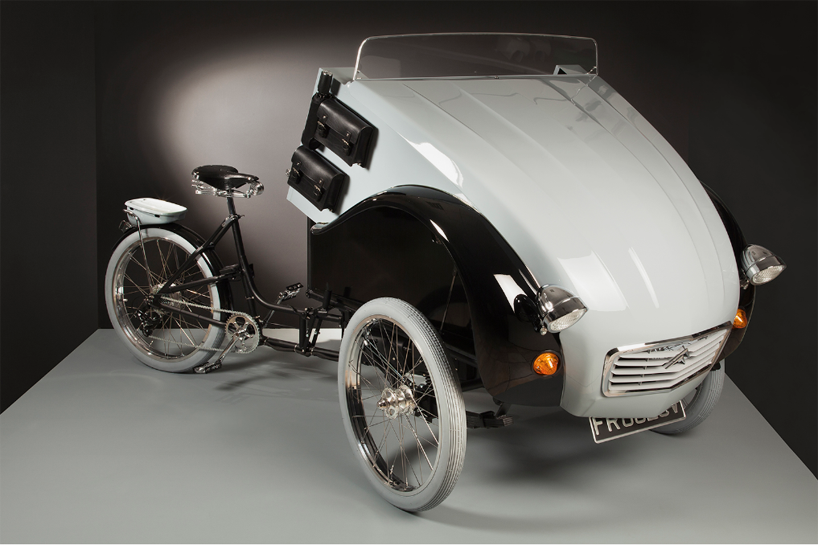 at the front end of the ‘2CV paris’ an interior cargo box can be opened by folding the hinged nose forward. other complimentary features include a 6-speed transmission; front and rear LED lighting; rear disc brakes; front drum brakes; a brooks saddle; and the original citroën front suspension. 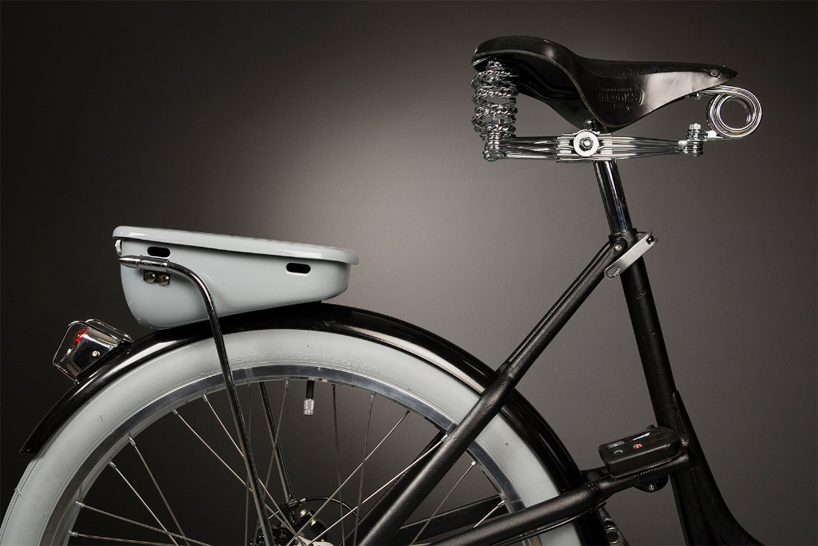 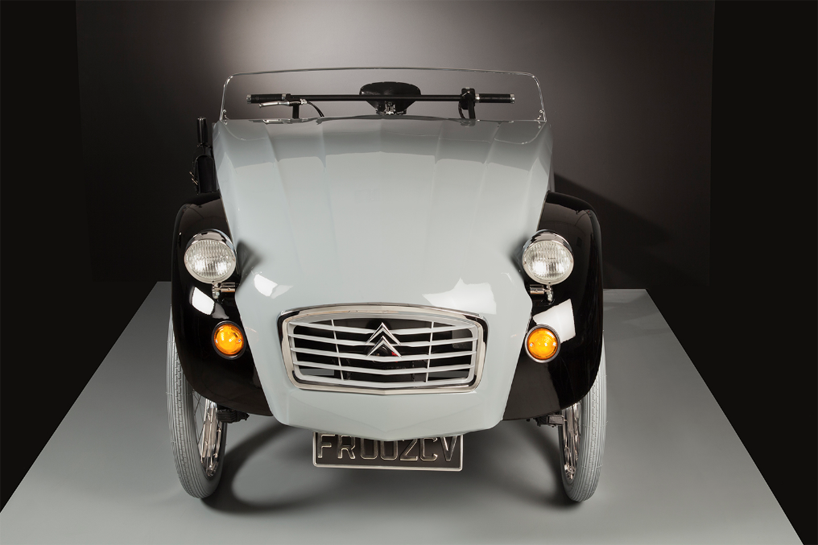 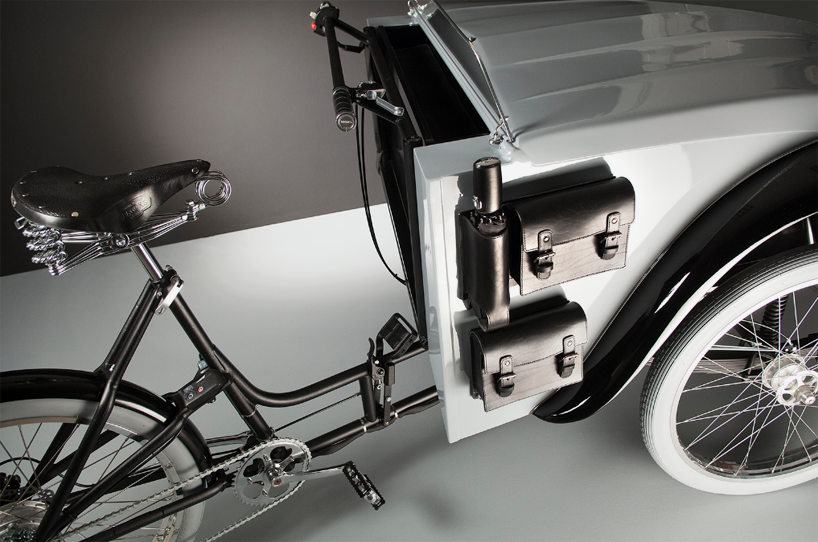 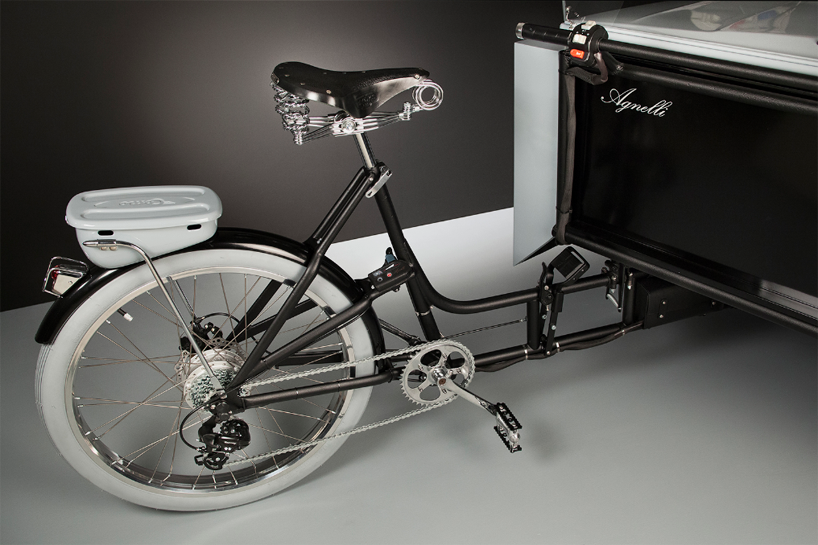 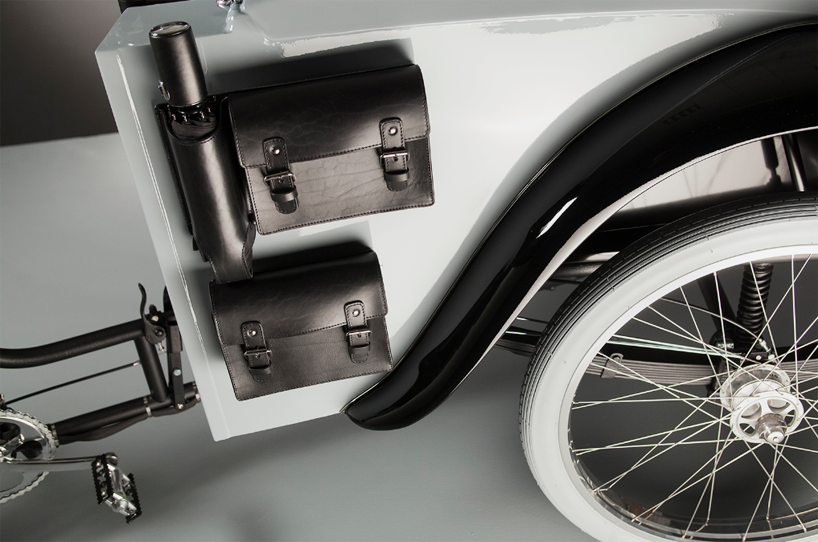 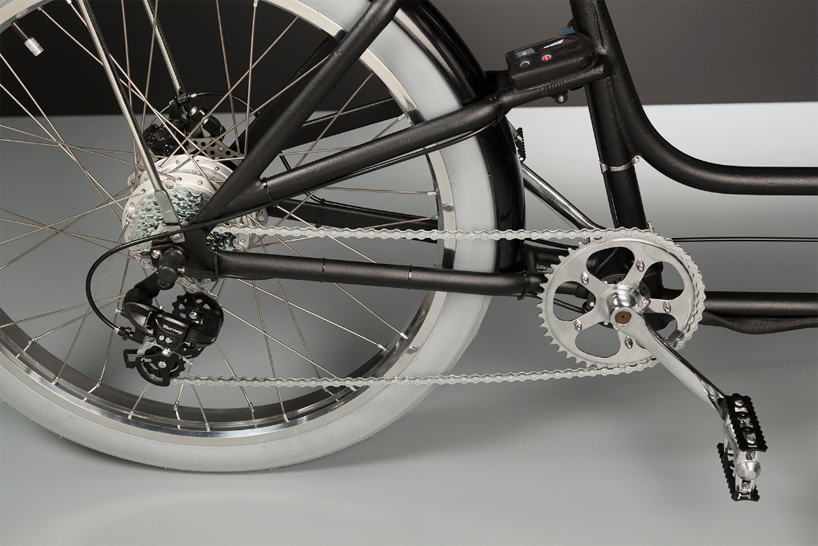 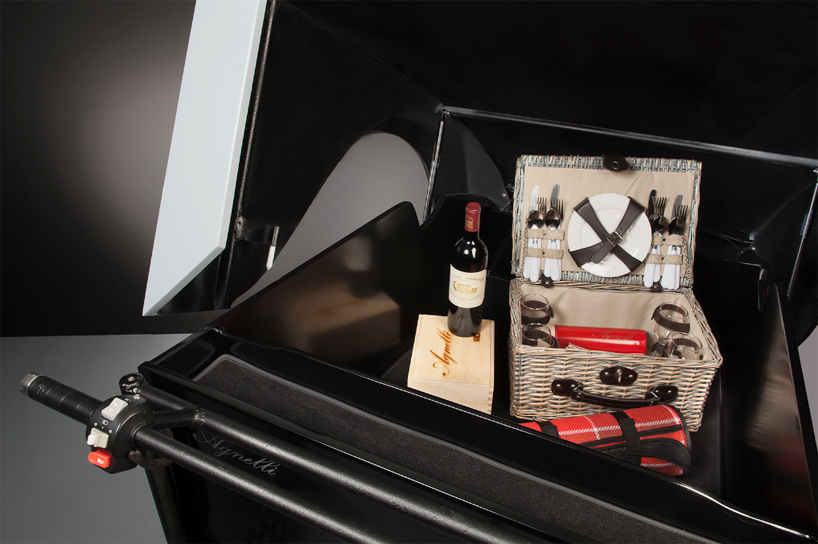 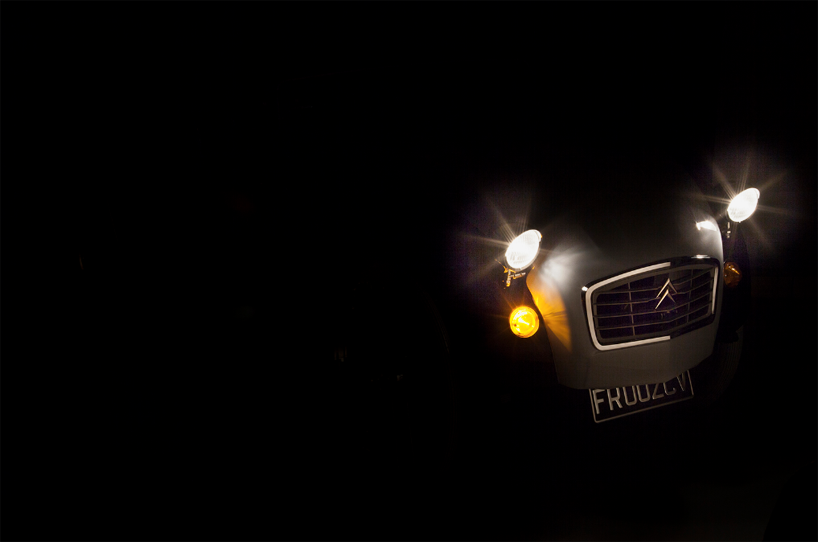 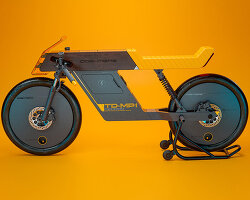 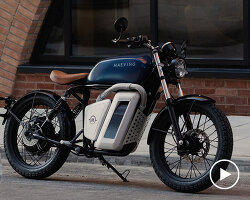 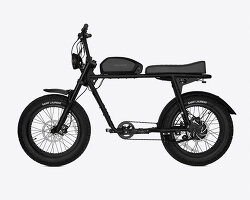