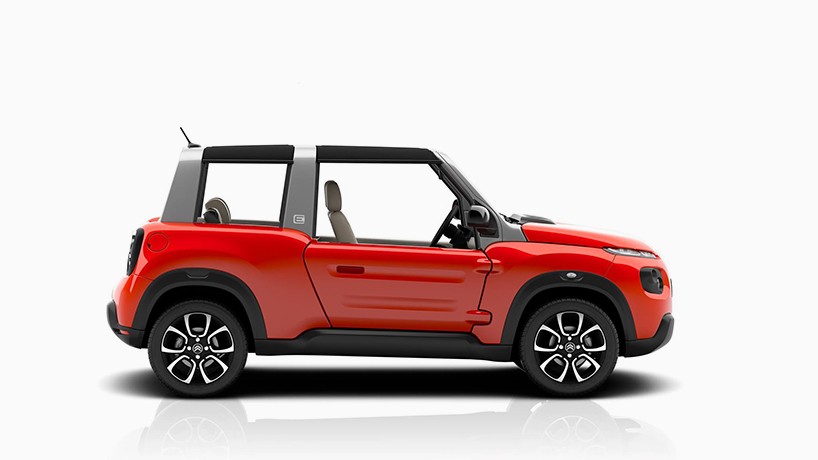 citroen looks back to create the ‘e-mehari’ – a vehicle set squarely for the future. it’s an all electric four-seater cabriolet that follows the same lines as the original ‘mehair’ which debuted in 1968. like the earliest models, this citroen is also a convertible with a removable top closed at the side by a foldaway system with large windows, where users can cover the front, rear, and side. the ‘e-mehari’ features a raised body, with touches of black provided by the wing extenders, lower valance, and bumper. the body is made from thermoformed plastics – a material that is corrosion-free, with maintenance-free paintwork and elasticity to withstand minor impacts. 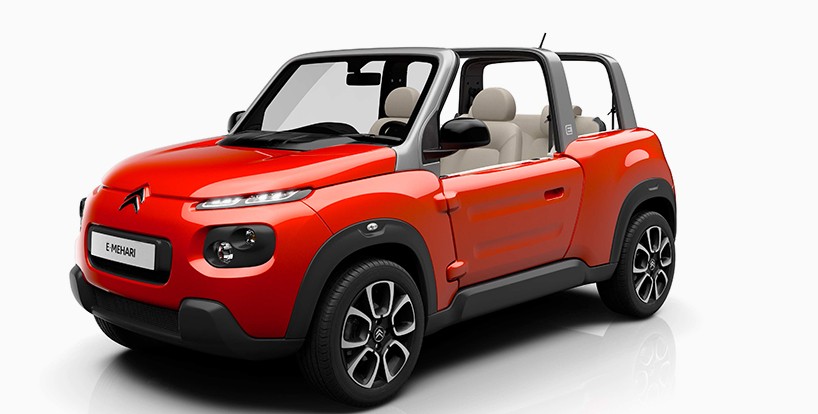 the body is made from thermoformed plastics

the exterior design includes an expressive gaze with dual headlights, soft contours, and rounded corners. the model would come in radical colors and offer a wide range of possibilities for personalization, such as the retractable roof in either black and orange-red. a beige or an orange-red scheme with a central pattern influenced by water sports wraps the four seats, both made of plastic coated fabric and completely waterproof. 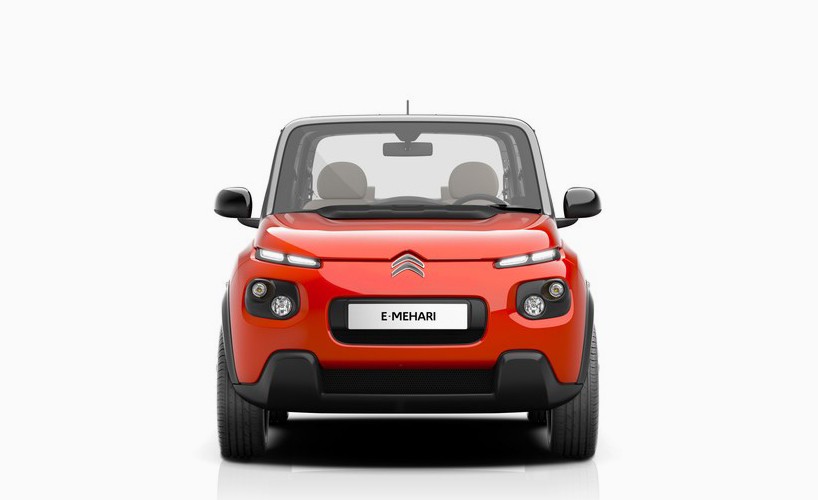 it is equipped with lithium metal polymer batteries which are dry batteries, giving them many advantages such as not being weather-sensitive. they give the ‘e-mehari’ a top speed of 110 km/h with a range of 200 km in the city. these functional batteries can be fully recharged in eight hours through a 16A socket or in 15 hours on a 10A domestic socket. with plans to build in rennes, france the citroen ‘e-mehari’ will launch in spring 2016. 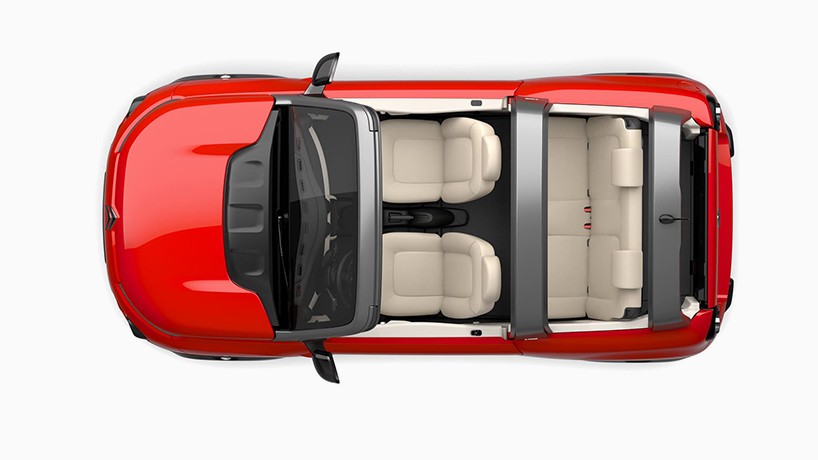 the interior cabin is completely waterproof 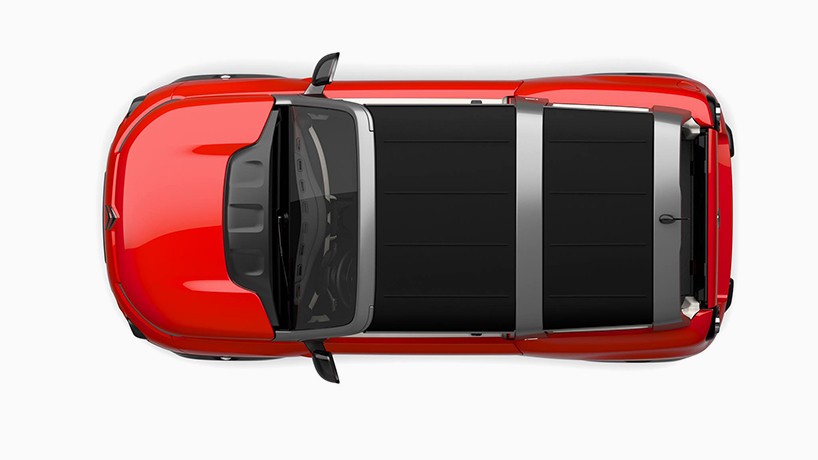 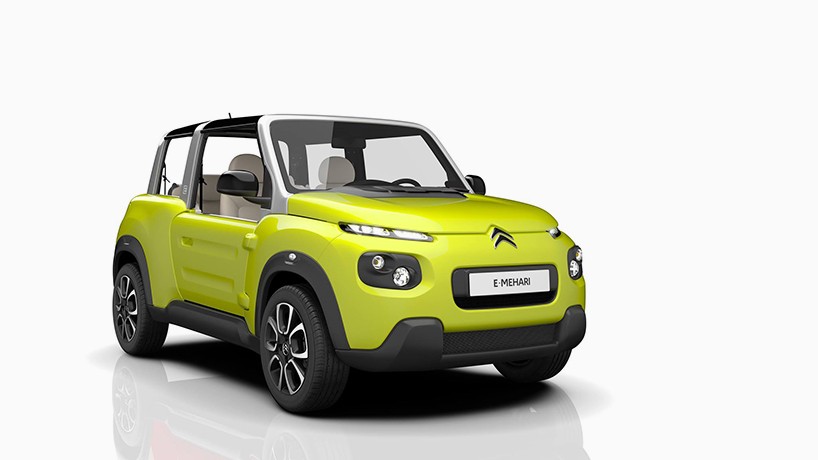