classified moto has developed a signature style of motorcycle, celebrating a beastlike-nature with its builds. the virginia-based shop continues to gain a reputation internationally, and its most recent commission came from just 500 miles west, out of the ‘rebel yell’ bourbon headquarters in louisville, kentucky. 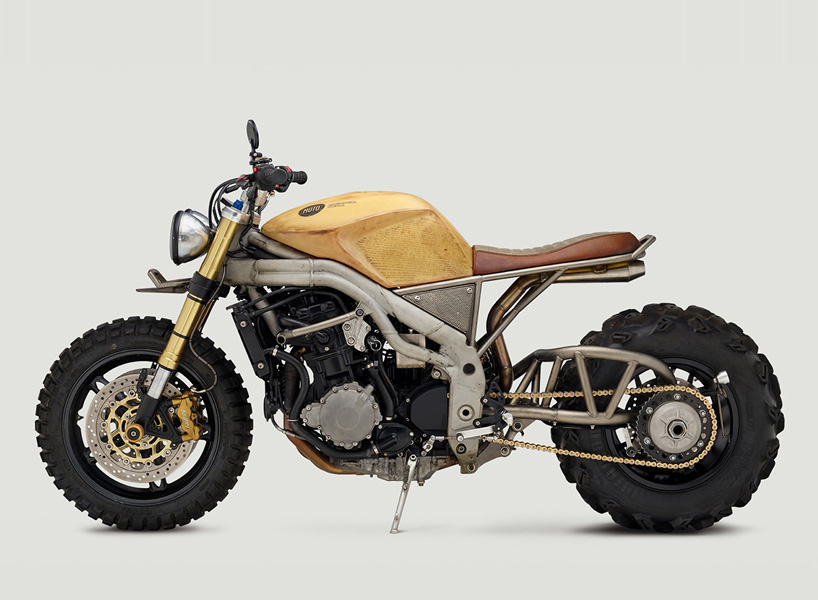 classified moto’s ‘frank’ started its life as a 2007 triumph ‘speed triple 1050’, and despite its uncompromizing aesthetic, much of the custom bike remains original stock. ‘frank’ represents everything that the virginia garage champions: it’s unapologetic, fast, and beautifully-brutish. the custom triumph is built to bring out the best and worst in people, as it drags them through a spectrum of emotions — love, rage, disbelief, disgust, and fear. 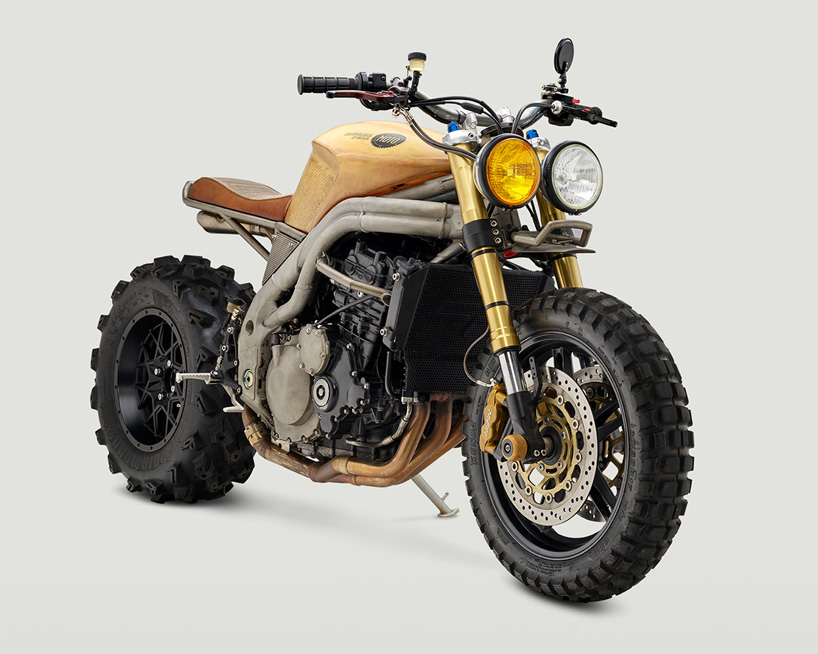 in true classified-frankenstein-form, the garage knew it wanted to use a huge ATV tire at the rear, while retaining a single-sided look. it had to make a bespoke swing-arm from to accomodate the off-road tire, as there wasn’t a simple way to modify the ‘street triple’ swing arm to create a centered aesthetic. the workshop settled on using parts from a honda ‘VFR800’ as it uses a 4×4 bolt pattern, common on ATV wheels. this gave it access to wheels with a range of offsets, and the 14-inch diameter it was looking for. the custom swing arm is now connected to a progressive suspension ‘465’ series coil, and the wheel is a strong, aluminum alloy ITP ‘hurricane’. it’s covered with a bulbous STI ‘black diamond’ tire—an ATV model designed to tackle any terrain. 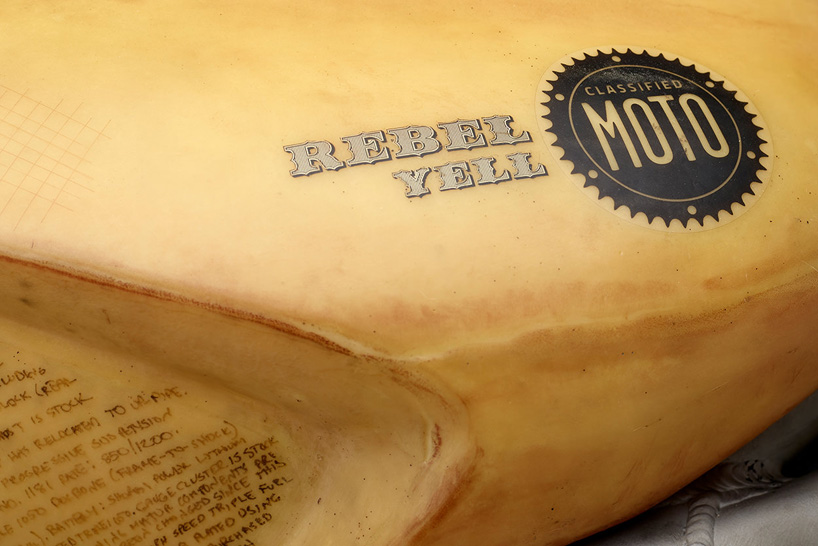 ‘frank’s’ tank has a finish unlike anything the ‘speed triple’ has ever seen before, with a fragility contrasting the menacing stance of the triumph. classified had never stripped a ‘speed triple’ tank, and to its dismay, it discovered that this one was plastic. it strengthened it in not the most obvious of fashions–by doctoring it up with layers of fine ladies’ dress fabric, and west system epoxy resin. the marine grade resin is covered with the entire parts list, and the owner’s manual, decorating the tank. 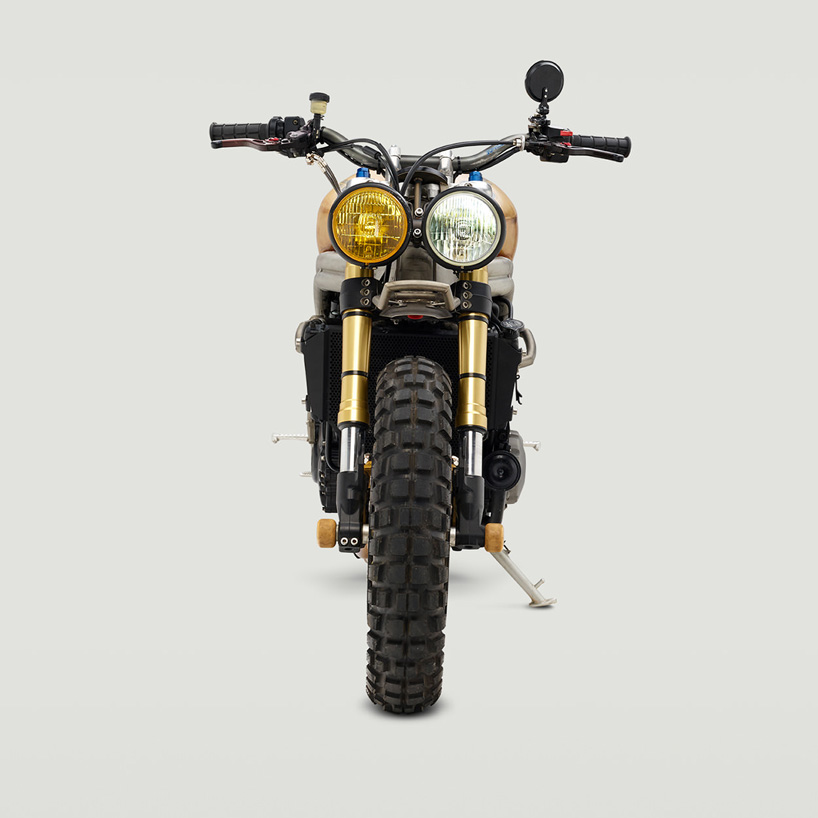 the saddle and tail section are both new, exposing the triumph’s stock subframe that is topped with a gently-curved brown leather seat. the engines components are completely stock, which provides 130 horsepower when asked.  elegant exhaust pipework hugs the back of the engine, and exits directly beneath the seat unit–a signature design feature from classified. 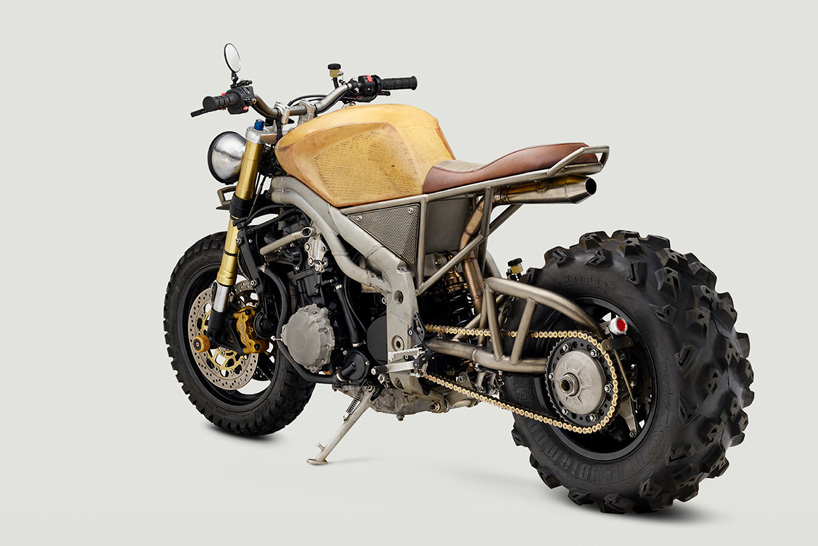 you can bring classified moto’s ‘frank’ into your life, if you have the space for him — simply check out the rebels uncaged competition site, and upload a photo that captures your ‘rebellious’ side. 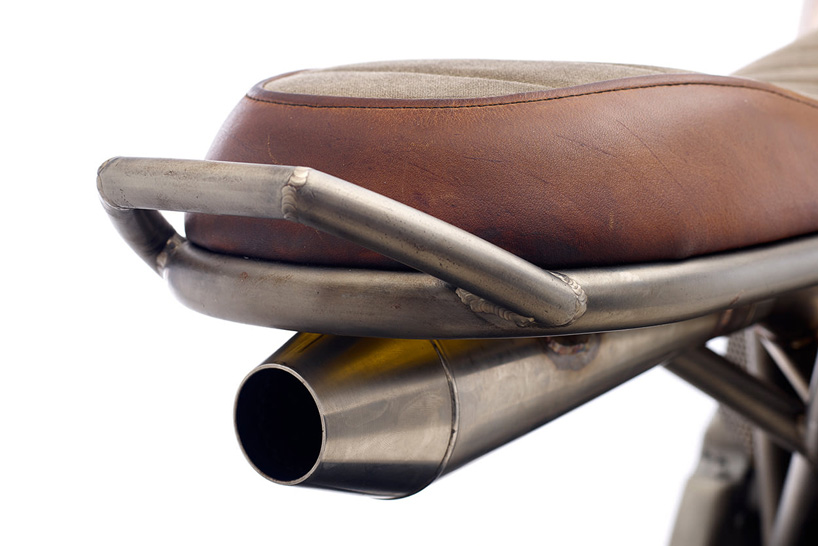 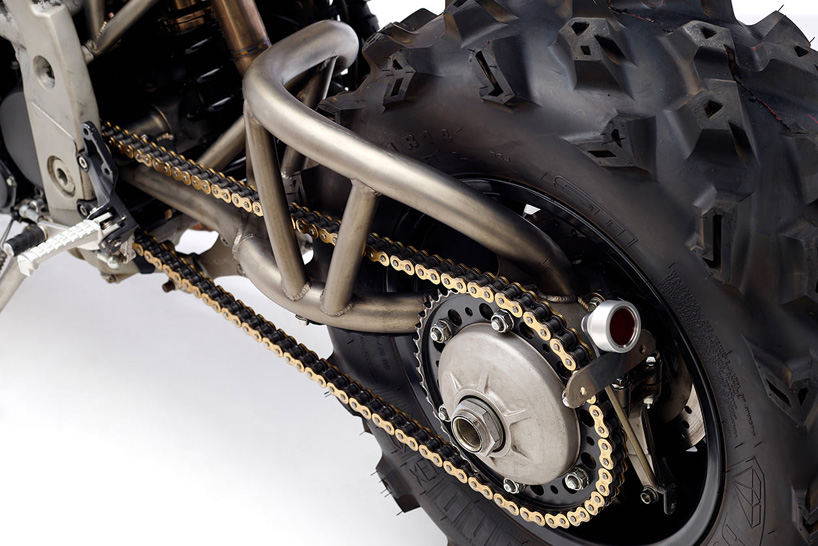 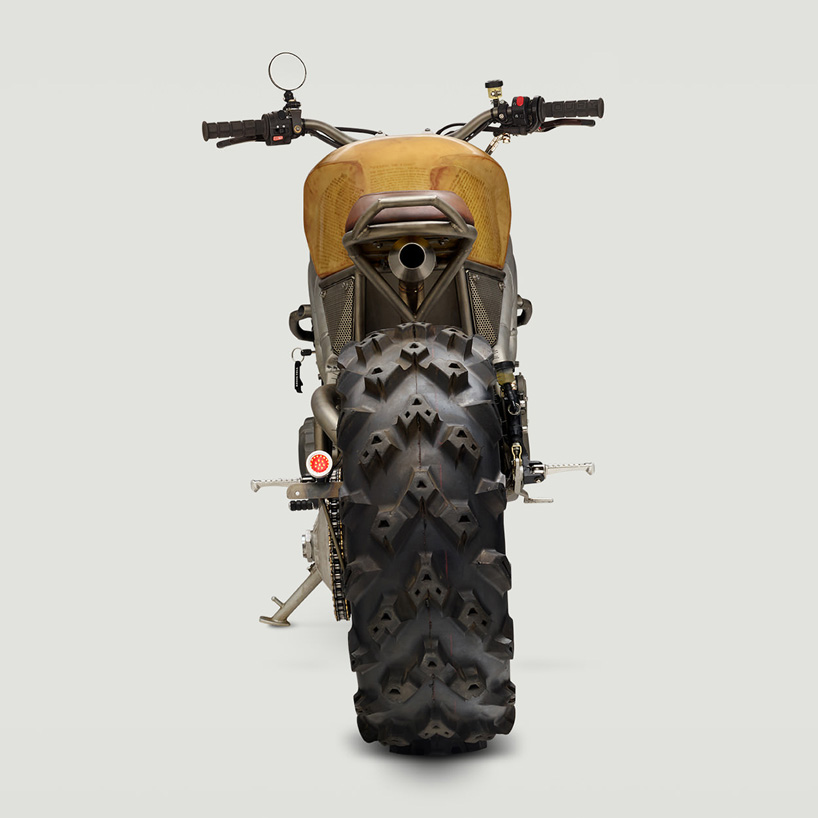 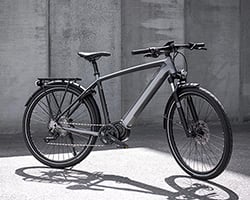 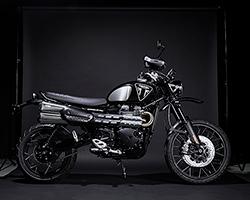 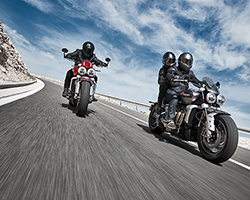 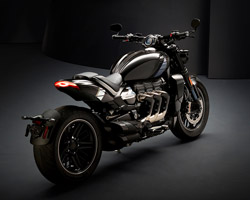