clear channel sweden has partnered with the local government to launch the ‘out of home’ (OOH) campaign in an effort to direct stockholm’s homeless population towards shelter during the cold winter months. the digital billboards, which are ever-present in many cities around the world, swap their usual commercial content with information and directions to the nearest shelters, helping the city’s most vulnerable demographic.

all images and video courtesy of clear channel

53 existing billboards have been cleverly programmed by clear channel to automatically swap advertisements with directions to shelters when temperatures hit -7 degrees celsius or below. the scheme targets areas most known as gathering spots of the city’s homeless and uses the location data in order to provide accurate navigation. if the temperature is above this ‘crisis point’, information is instead displayed on how people can donate their time or useful items such as blankets and food. in this way, the initiative also helps to raise awareness and increase the reach of the project. 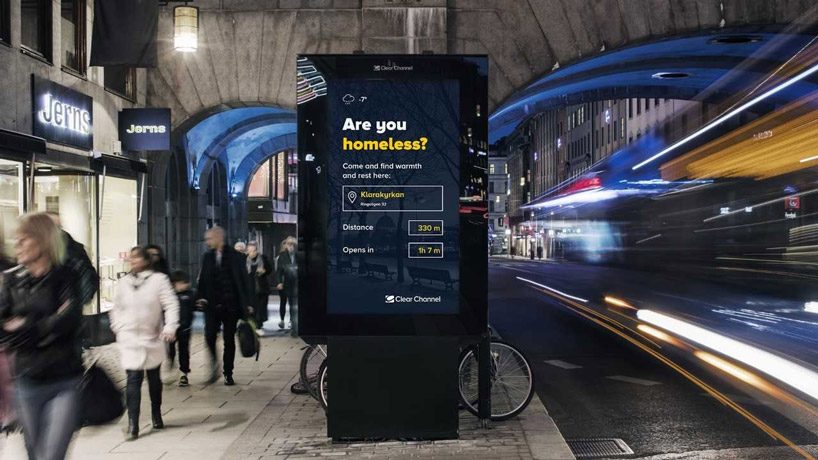 the project aims to make a real difference and help provide a solution to the growing number of homeless people in europe. the campaign was introduced in december and will continue until the end of january. if successful, it is planned to be rolled out across other cities in sweden and beyond, to aid those most in need find shelter and warmth.