it’s a well known fact that we have overly high levels of CO2 in the earth’s atmosphere, which are in turn contributing to global warming. it’s always a very well known fact that all around the world people are innovating and inventing ways to produce sustainable energy, and reduce these levels of CO2 in the air. however, it’s a slightly lesser known fact that other industries, such as farmers, chefs, and scientists, actually need CO2 to do their jobs, whether it be in making dry ice to freeze food, or supplying crops with it to speed up growth. and as absurd as it may sound, we are in fact producing extra CO2 to supply to these causes, when we already have far too much of the stuff. 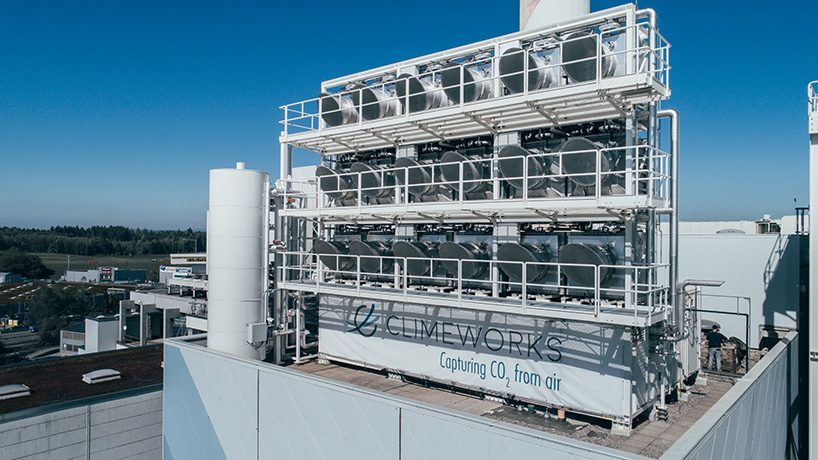 so, why can’t we simply extract the carbon dioxide from the air, and use it for these purposes? well, that’s exactly what climeworks, a zurich-based CO2 extraction company, has worked out how to do. founded by engineers christoph gebald and jan wurzbacher, the startup have just opened their first direct air capture plant near the swiss capital, which can filter around 900 tonnes of CO2 from the earth’s atmosphere annually and supply it to a nearby greenhouse to help grow vegetables. the project takes the title as world’s first commercial plant that captures atmospheric CO2 for supply and sale to a customer. 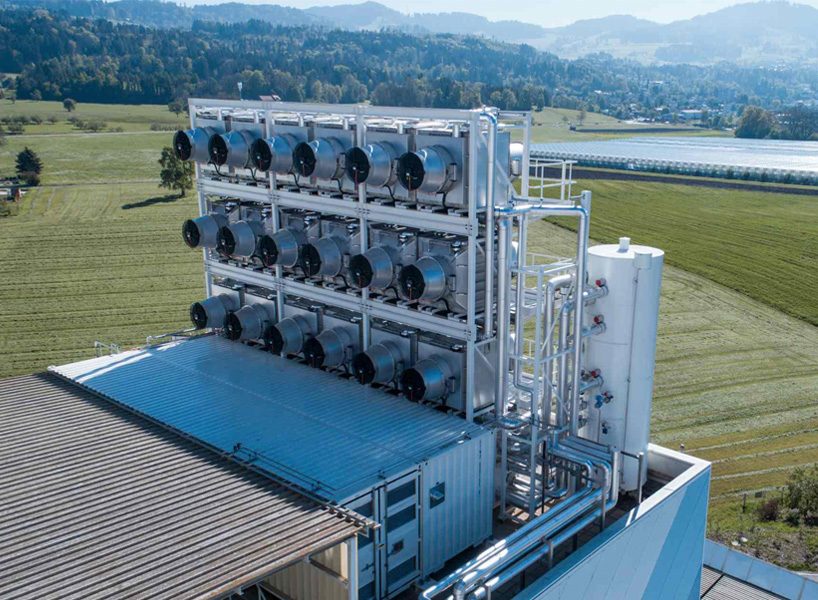 whilst the 2016 paris agreement binds countries to keep the increase in the global average temperature to well below 2°C higher than what it used to be before we started burning up fossil fuels, it’s a hefty challenge. although significant strides are being made to find renewable and sustainable energy sources, it doesn’t suffice to meet the target. stopping the increase in the earth’s temperature requires some serious reverse engineering. in other worlds, it’s not enough to simply stop polluting the air with CO2–need to start extracting some of the carbon dioxide that is already there. 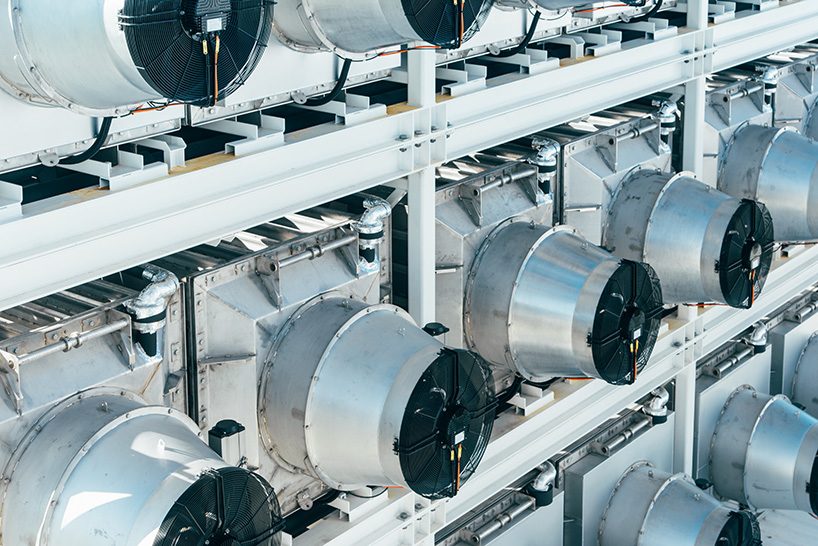 this type of technology–logically named negative emissions technology–captures atmospheric carbon with a filter. the molecules of CO2 then stay chemically bound to the filter by the moisture from the air, whilst the clean air is exhaled back into the atmosphere. once the filter becomes saturated with CO2, it is heated, released from the filter, and collected as a concentrated gas to supply to customers. the filter can be reused many times, and lasts for several thousand cycles. 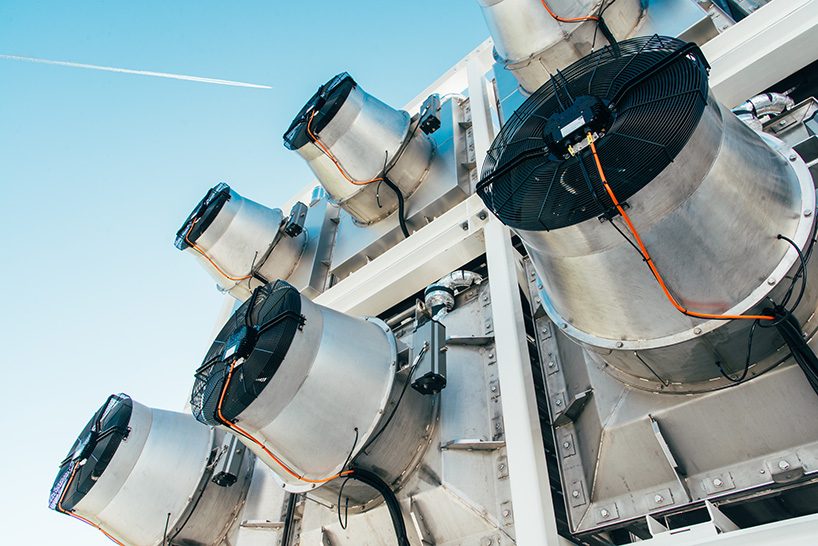 whilst CO2 molecules stay stuck to the filter, the plant breaths clean air back into the atmosphere

the CO2 captured by climeworks can be used to carbonate beverages or produce climate neutral fuels and other materials.  in fact, the zurich-based plant directly provides a continuous supply of CO2 through an underground pipeline to a greenhouse 400m away to assist with growing vegetables such as tomatoes and cucumbers. 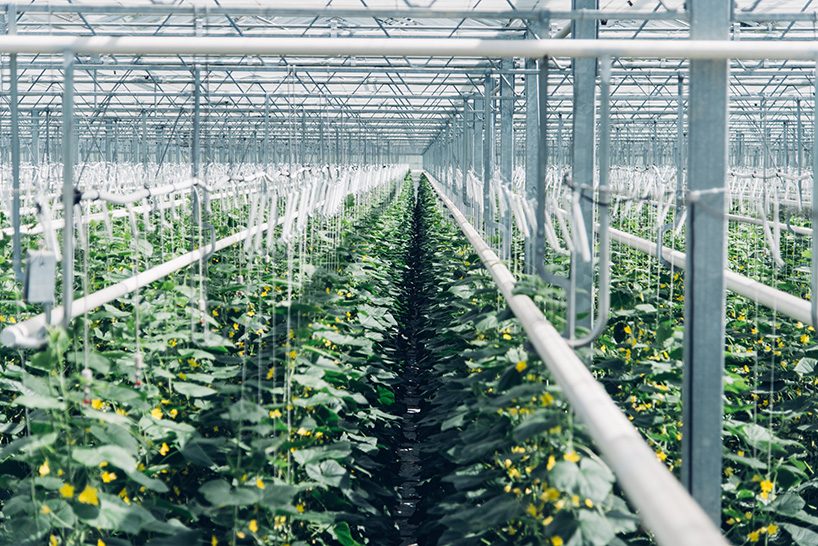 in coming months, climeworks plans to launch additional projects, and  start working on the many more direct air capture plants it would need to remove 1% of the earth’s CO2. ‘we’re working hard to reach the goal of filtering one per cent of global CO2 emissions by 2025,’ explains christoph gebald, co-founder and managing director of climeworks. ‘to achieve this, we estimate around 250,000 DAC-plants like the one near zurich are necessary.’ 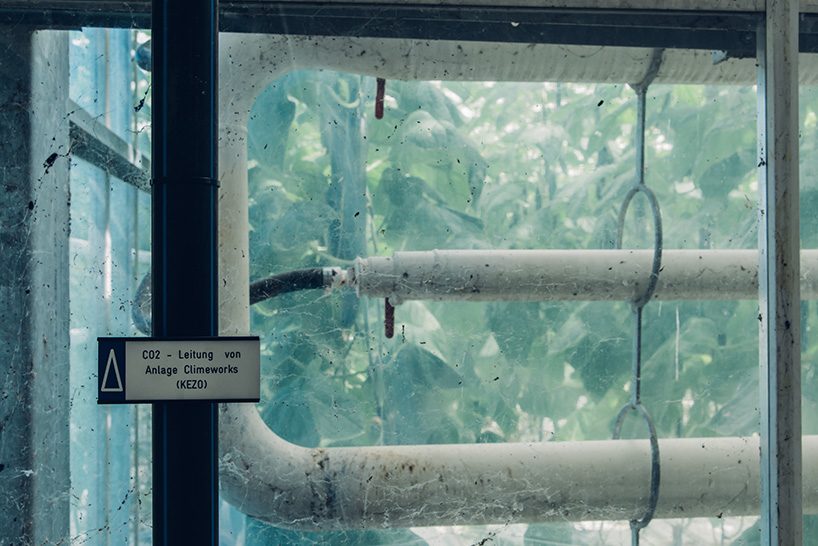 the concentrated C02 is supplied to the greenhouse via a pipeline 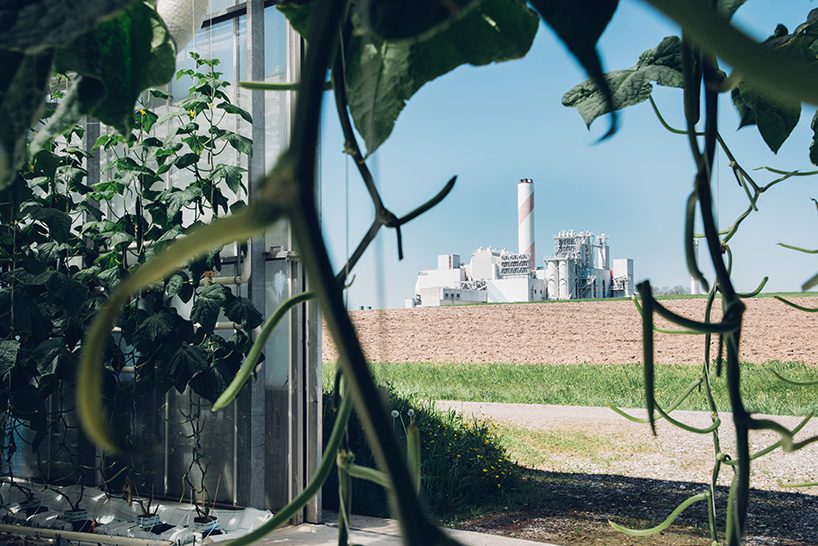 the plant is located in the municipality of hinwil, near zurich 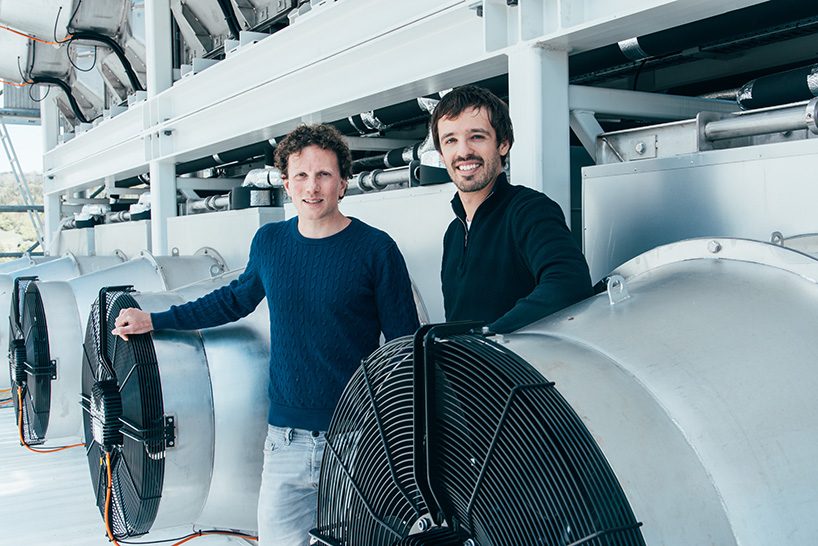 climeworks has been founded by engineers christoph gebald and jan wurzbacher