the system safely removes CO2 from the air, mixes it with water, and then pumps it deep underground where it is trapped in stone through a natural mineralization process. the newly inaugurated plant has the capacity of capturing 4000 tons of CO2 every year. 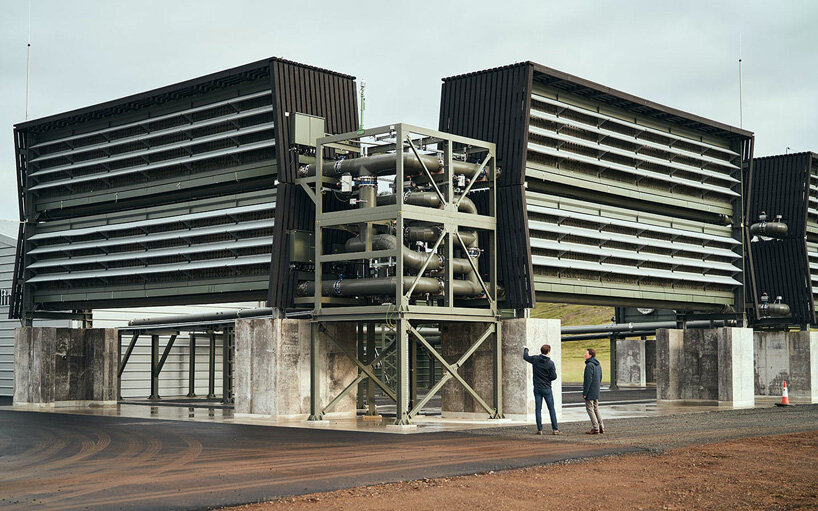 located on a rural site east of reykjavik, and adjacent to hellisheiði geothermal power plant, orca is composed of stacked collector units on concrete footings. the plant is designed to be compact, with minimal physical footprint, and modular, meaning it could be easily replicated at different sites all over the world. orca took 15 months to construct and it runs entirely on renewable energy provided by the nearby geothermal power plant. 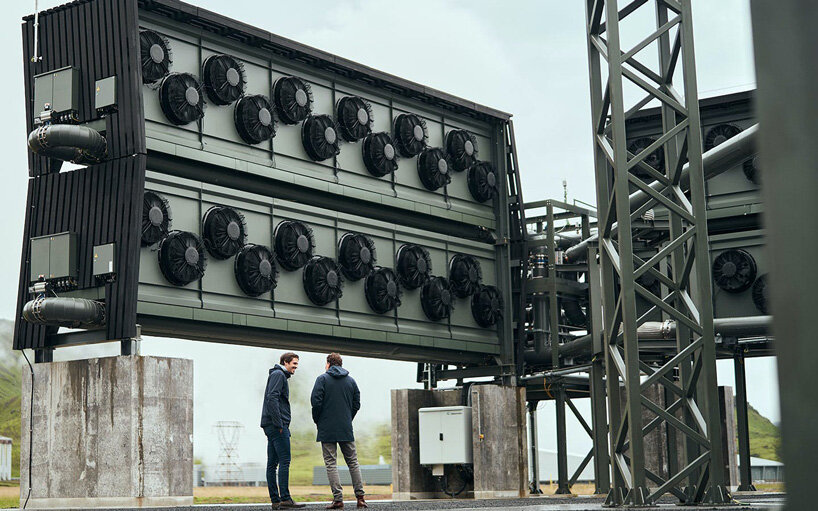 orca takes CO2 from the air and pumps it deep underground

‘orca, as a milestone in the direct air capture industry, has provided a scalable, flexible and replicable blueprint for climeworks’ future expansion,’  says jan wurzbacher, co-CEO and co-founder of climeworks. ‘with this success, we are prepared to rapidly ramp up our capacity in the next years. achieving global net-zero emissions is still a long way to go, but with orca, we believe that climeworks has taken one significant step closer to achieving that goal.’ 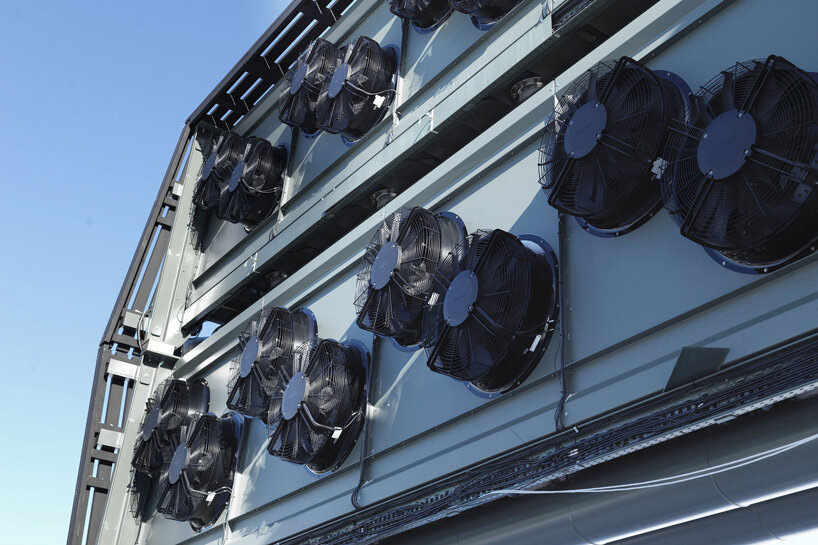 ‘we are proud, excited, and beyond delighted to have arrived at this stage in our journey to reverse climate change,’ says christoph gebald, co-CEO and co-founder of climeworks. ‘orca is now a reality and it is a result of concerted efforts from every stakeholder involved. I want to take this opportunity to convey my gratitude and appreciation to the government of iceland, our partners in iceland, our trusted investors, our corporate clients and pioneers, partners, the media, and our team of climeworkers in making orca a reality.’ 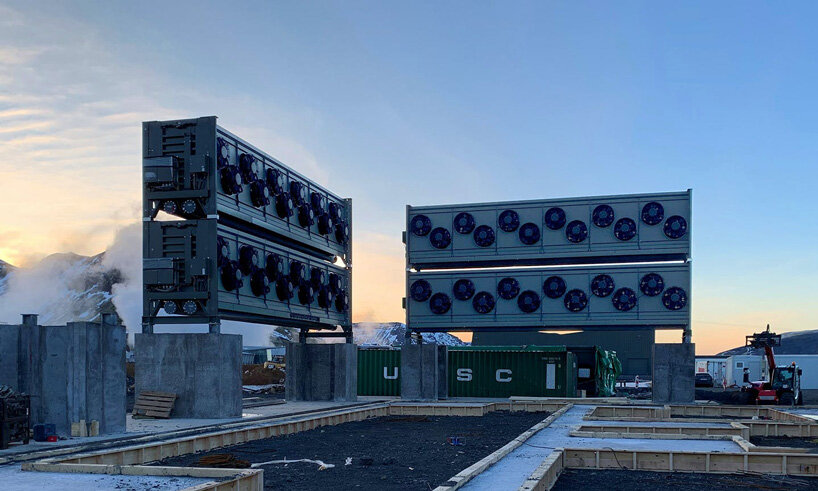