present at the museum of future government services during the UAE summit, the experimental, digitally responsive ‘cloud cast’ designed by carlo ratti associati, uses motion tracking and ceiling-mounted misting elements to provide people with localized cooling. the project is part of a larger range of studies on location-based temperature control systems and is exploring methods on how to make public spaces in cities such as dubai, be more livable. 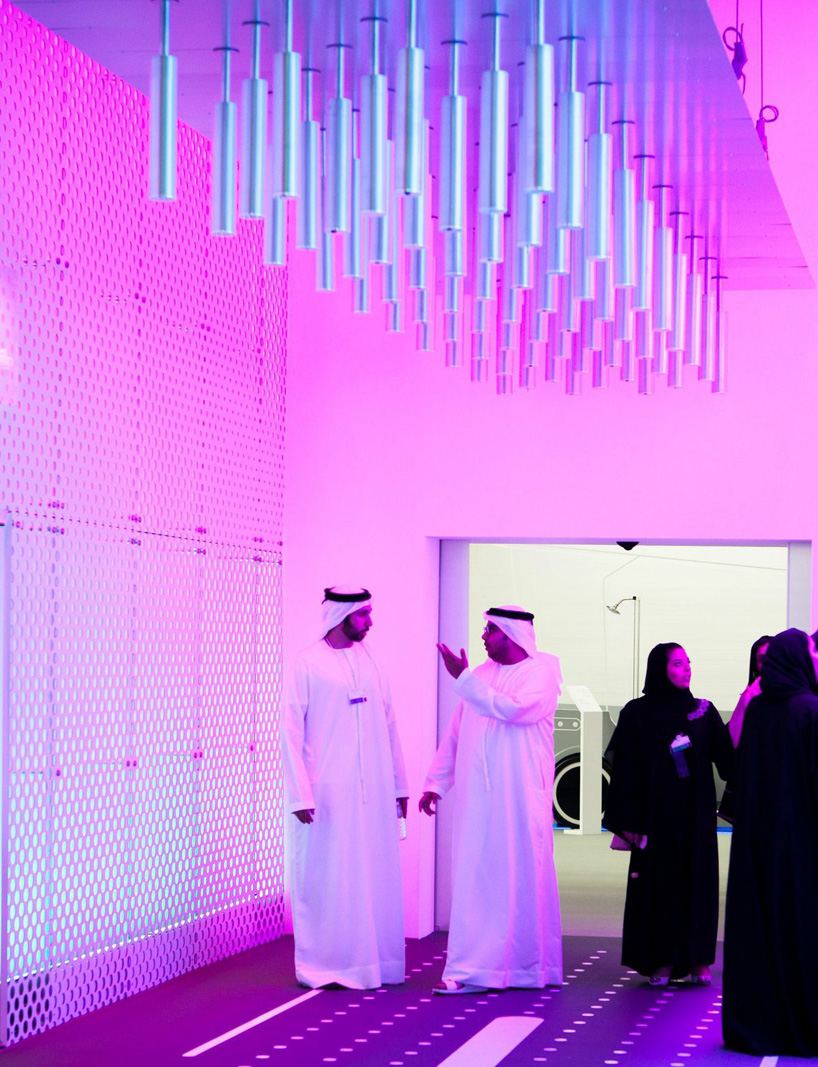 ‘evaporative cooling has been used for centuries in the arabic peninsula and is still more energy efficient than, say, air conditioning. it is based on generating a cloud of mist that cools the air around it while it evaporates,’ explains professor carlo ratti, director of MIT senseable city lab and founder of the design office carlo ratti associati.

‘in traditional systems, however, a lot of energy and water are consumed for cooling outdoor spaces, even when sparsely used. in our project, we focus misting on people, gaining order of magnitudes in efficiency.’ 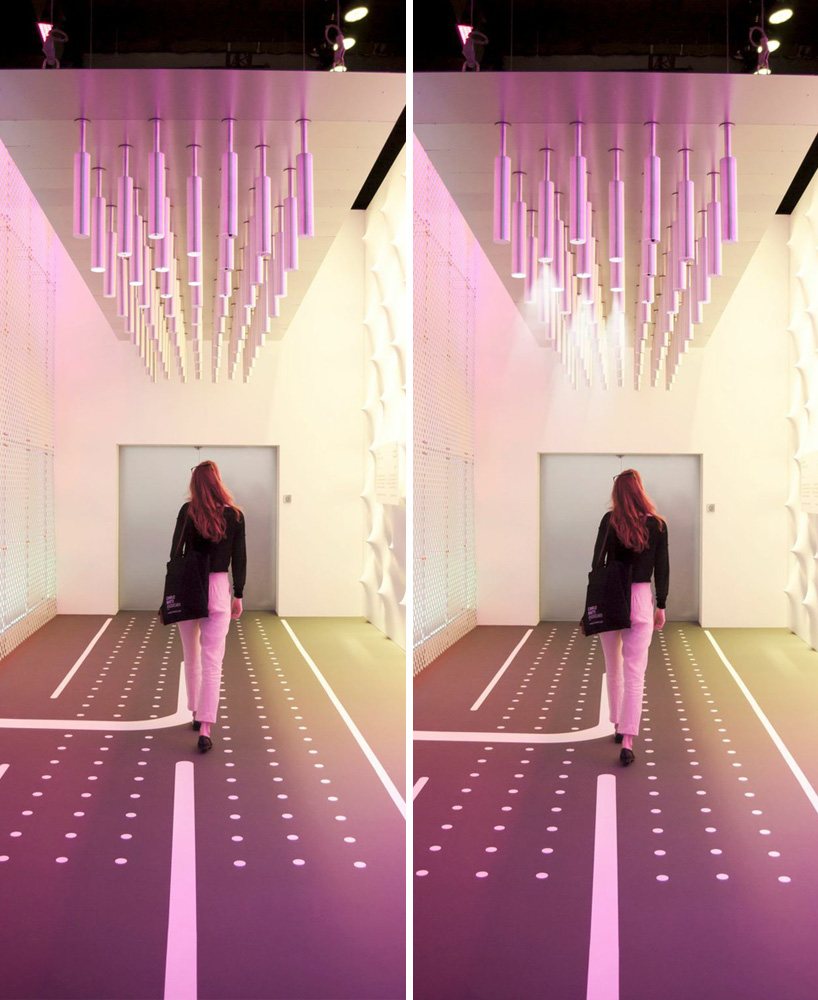 ‘urban life in all its diversity unfolds before us when we are on foot. we trust that by improving the conditions for pedestrians in dubai, it is possible not only to strengthen pedestrian traffic, but also -and most importantly- strengthen city life’ says pietro leoni from carlo ratti associati.

‘moreover, we think that our canopy can contribute to a more diverse and attractive urban environment.’ 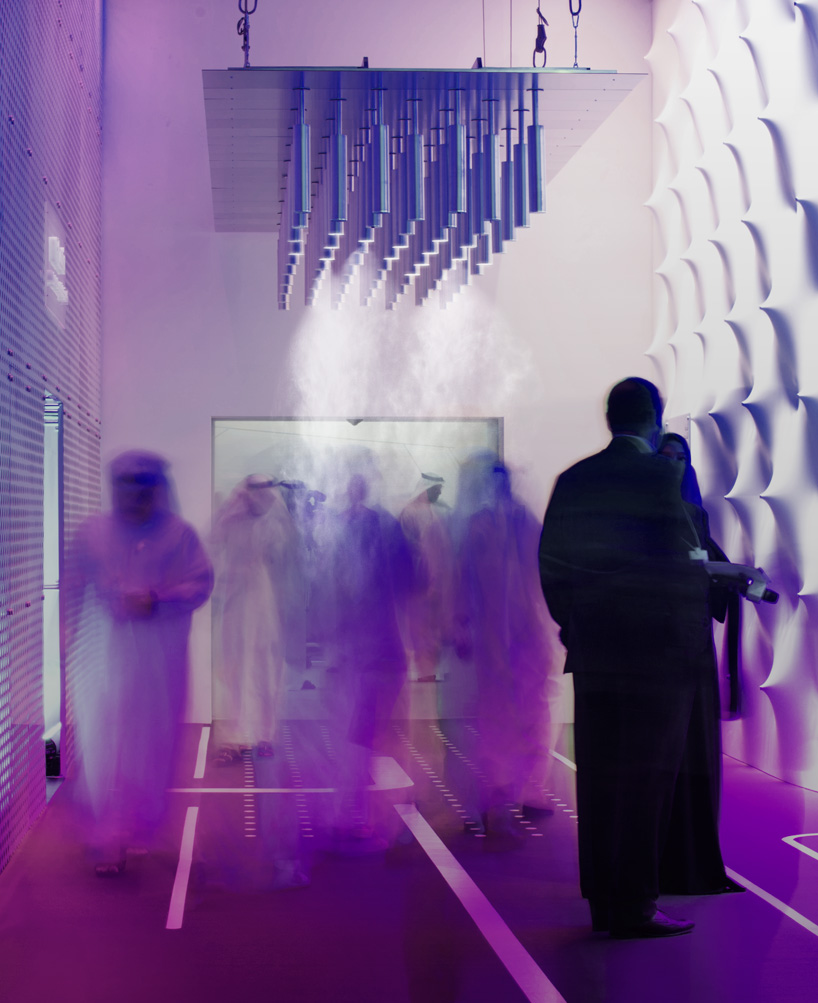 in urban environments, the hot climate of the united arab emirates who’s average summer temperature is 40°C, discourages people from living and walking outside of air-conditioned buildings. in response to the problems caused by this unpleasant and unforgiving desert conditions, the ‘cloud cast’ aims to create mobile, active vapours of fresh air that follows walkers as they move under canopies. 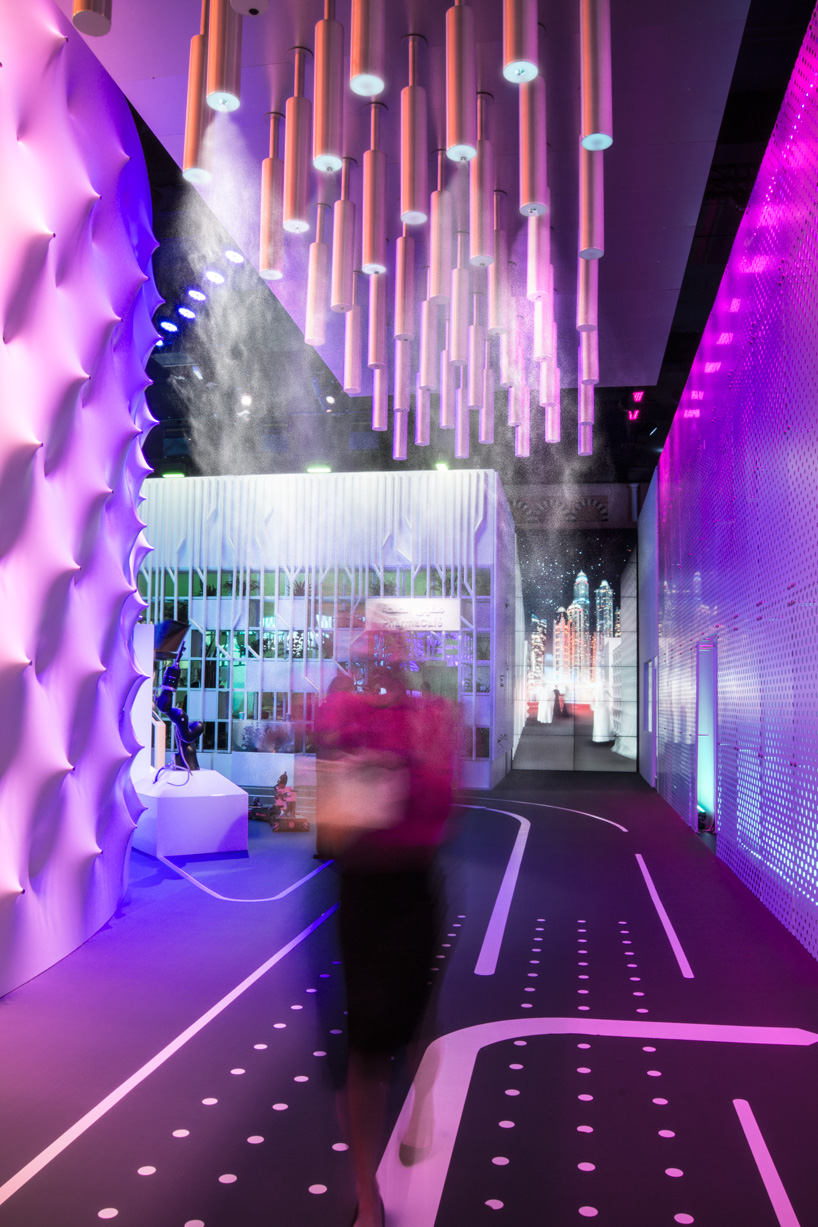 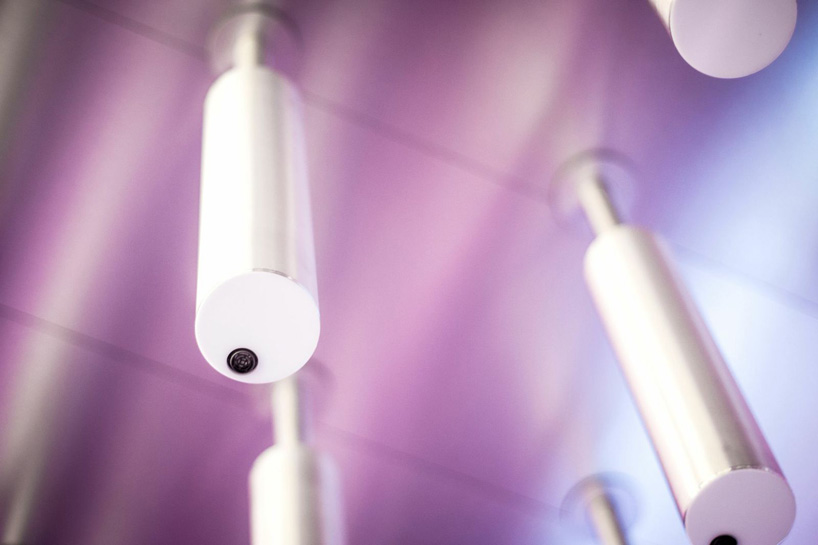 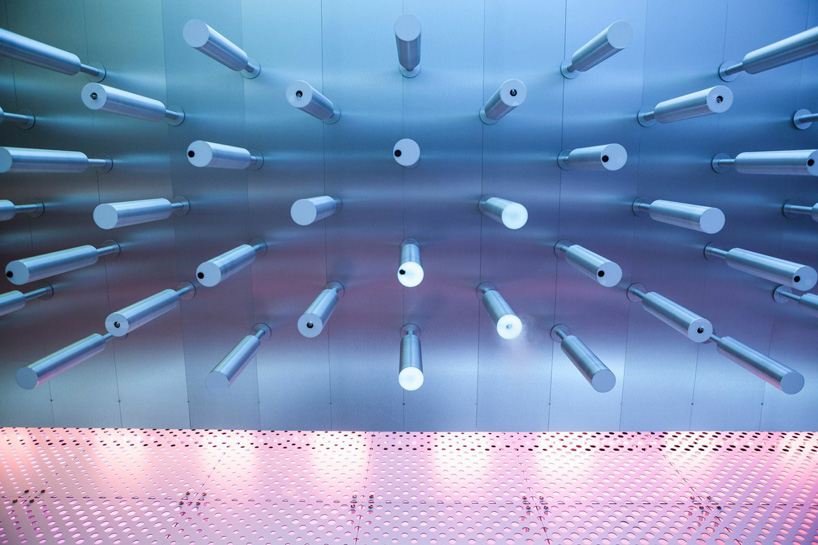 view from beneath the canopy
image courtesy of silvia boschiero 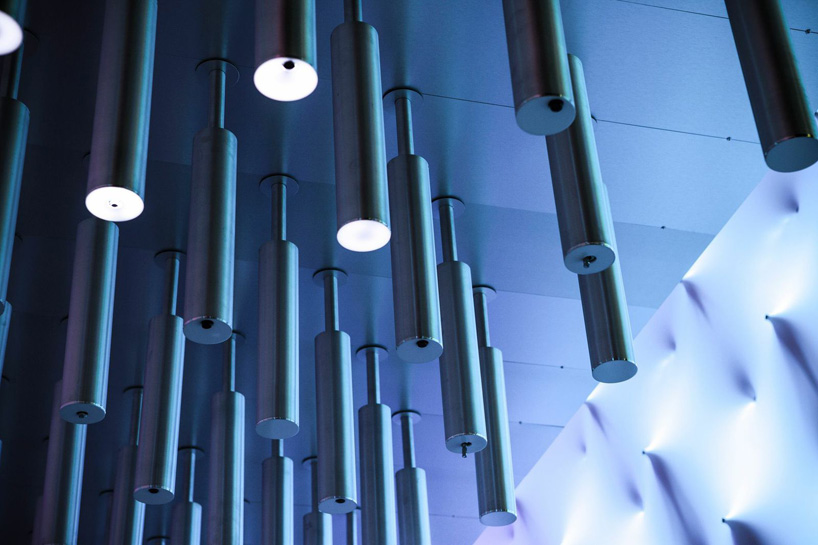 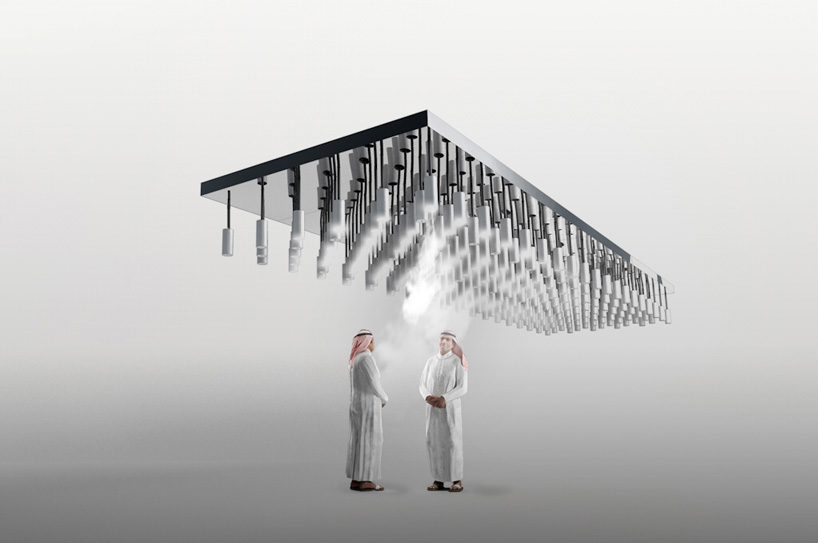 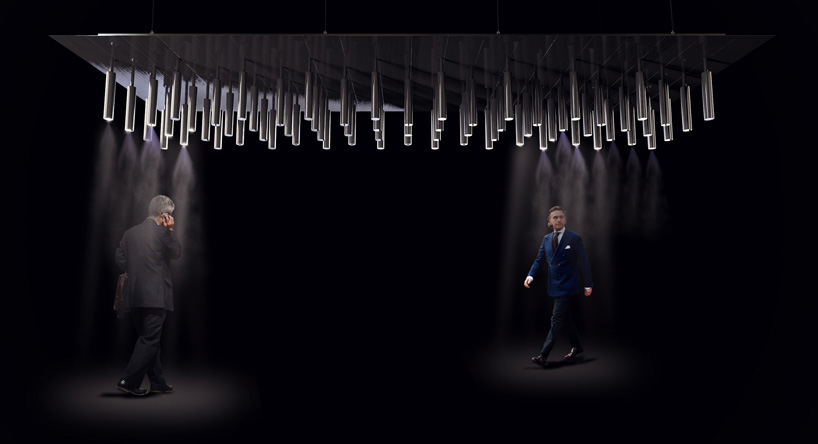 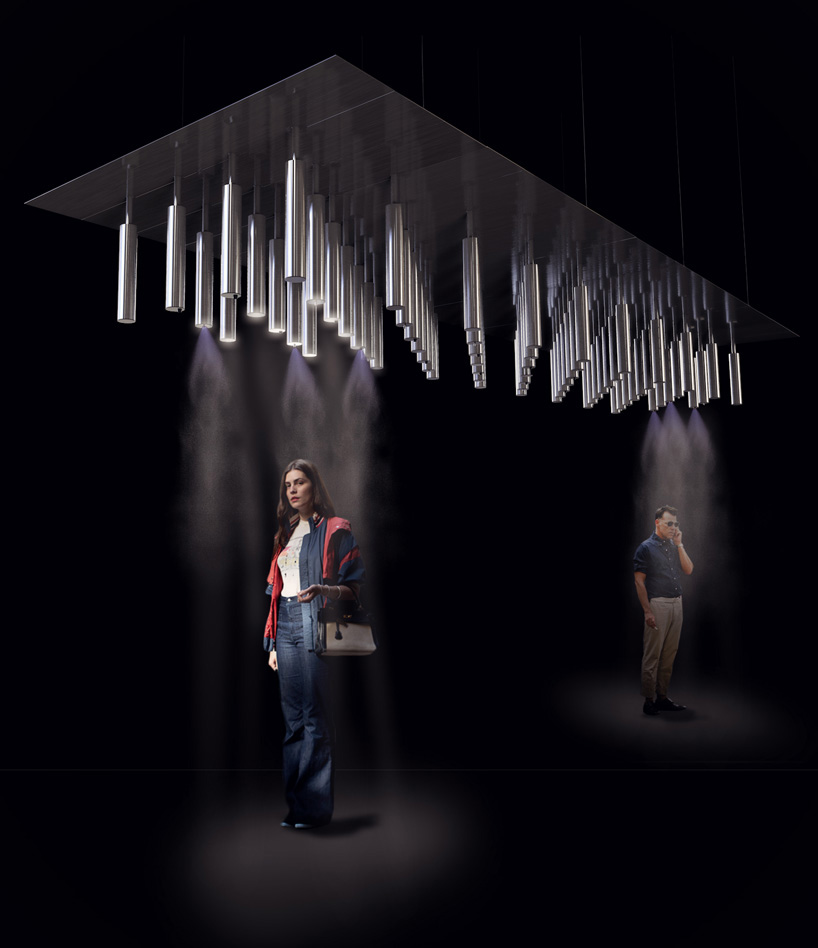 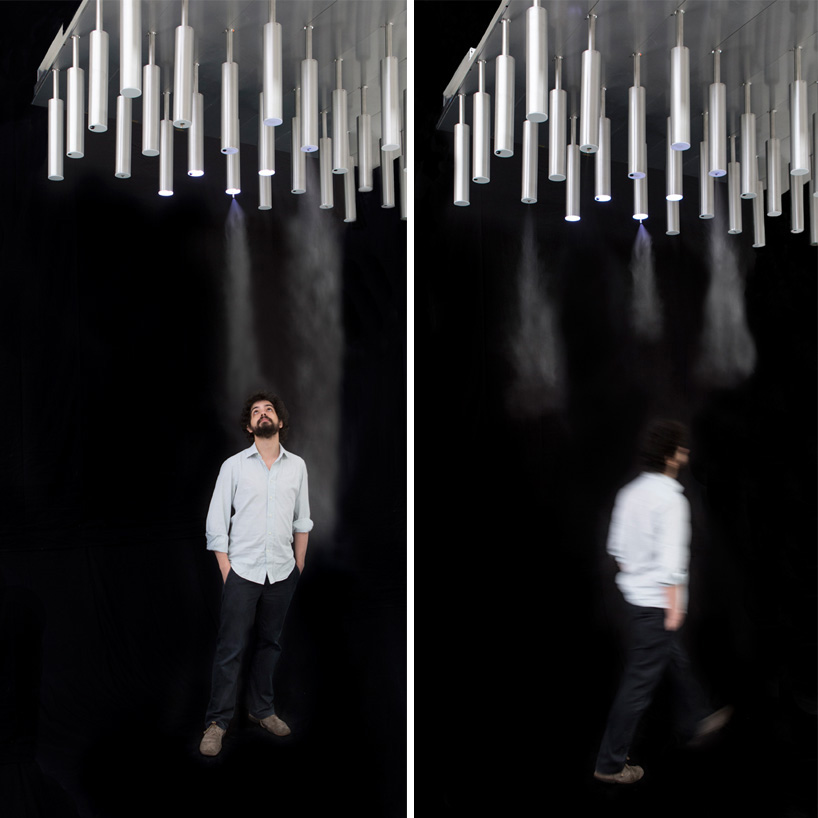 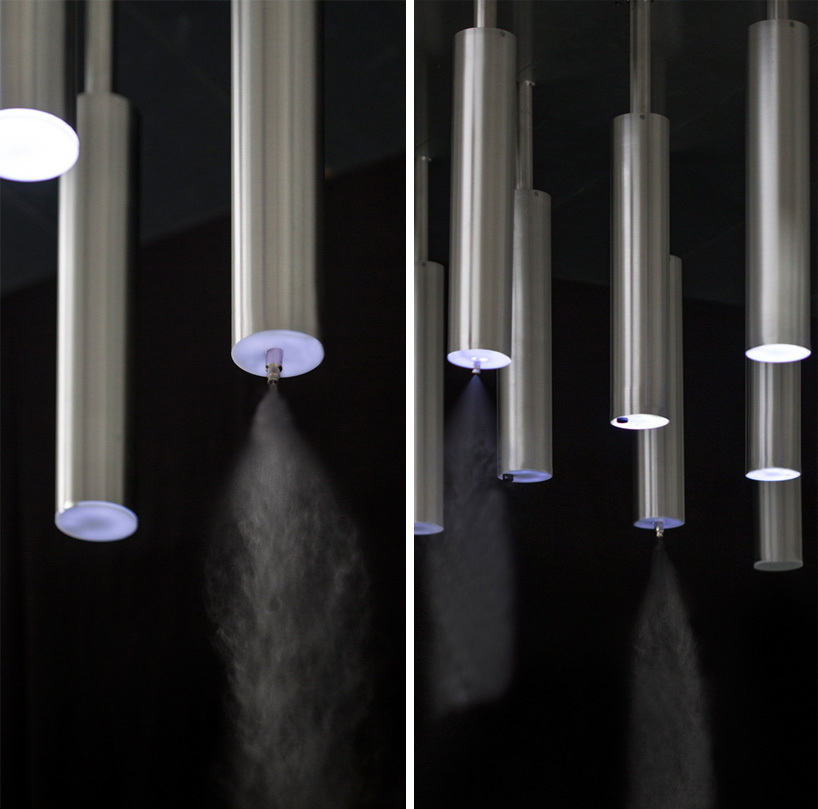 the elements emit mist as people pass under