the CloudFisher net in morocco is the largest functioning fog-harvesting project in the world. developed by volunteer engineer peter trautwein from the german water foundation, CloudFisher technology mimics the way in which a spider’s web naturally collects dewy droplets from mist. in turn, the net supplies drinking water to areas of morocco that would otherwise be subject to drought.

the CloudFisher itself is structured from tiny triangles, sandwiched between a robust grid made from plastic. the wind naturally directs fog into the nets, which are suspended vertically in the mountains. the net traps water droplets within its mesh, and these then fall into a trough below, leading to a reservoir where the drinking water is collected. 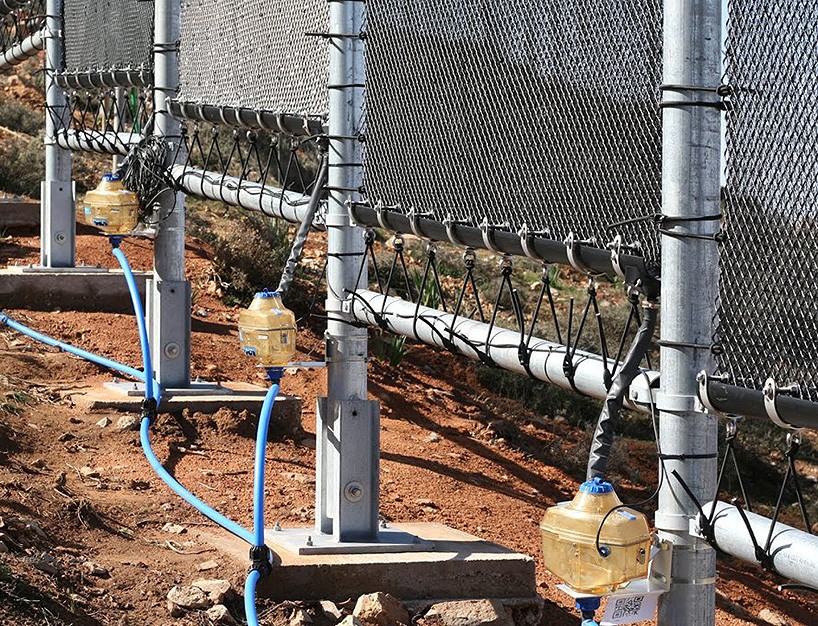 the CloudFisher fog collector can harvest up to 36,000 litres of water a day for 800 residents
image © aqualonis gmbh

taking influence from nature, the CloudFisher is built on the philosophy that ‘the tree that bends to the wind is the one that survives.’ with this in mind, the nets are held in place with rubber expanders, which reduce the impact of wind forces on the net and reduce the chance of breakage. to avoid any resulting water loss, even the collecting trough follows the movement of the net in the wind. all of CloudFisher’s components, including the posts, the steel cables, the anchors, screws and expanders, and the concrete foundations, have been calculated to withstand wind speeds of up 120 kph. 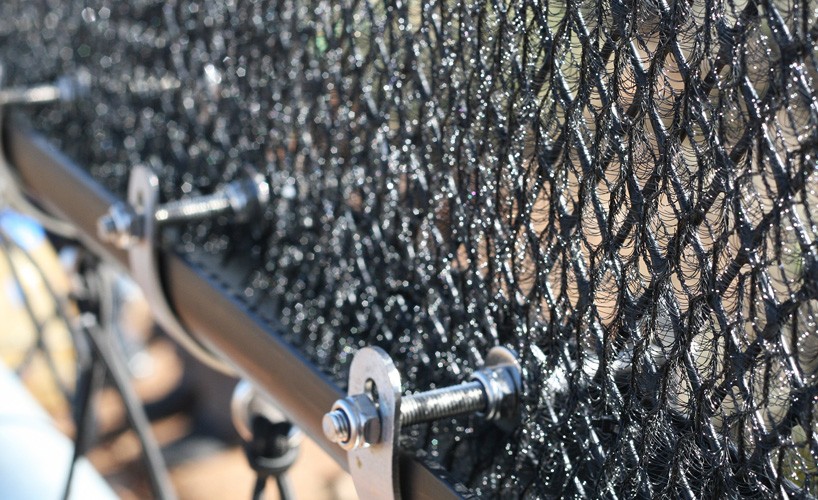 trautwein has long been studying the science of obtaining drinking water from atmospheric vapour, and implemented his CloudFisher project in morocco with the help of the ngo dar si hmed. the project was then tested over two years on mount boutmezguida, one of the driest areas in morocco. over the 2 year period, different structures of net were trialled for their water yeild, with monofilaments proving to be the most effective. 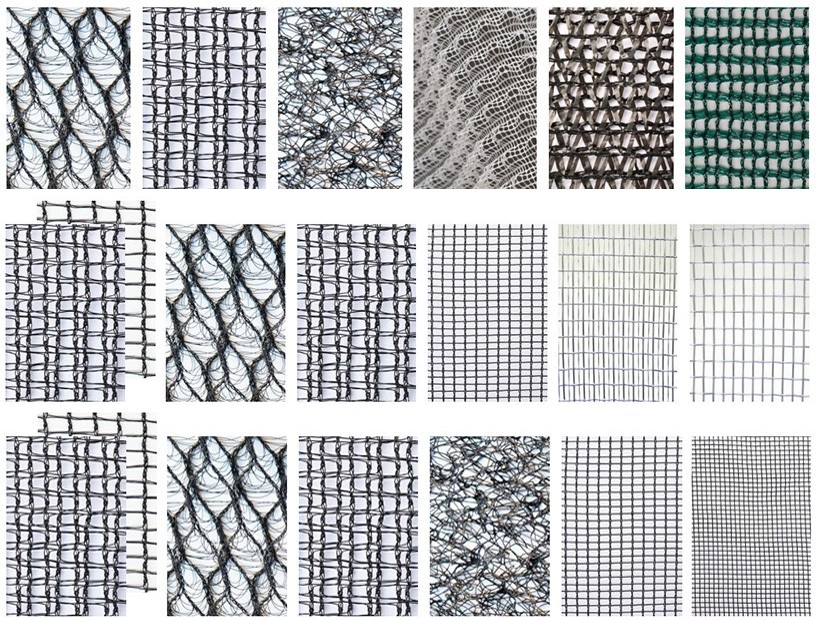 to obtain correct data, the researchers changed the position of each net in three intervals
image © wasserstiftung, aqualonis gmbh

depending on the region and the time of year, the CloudFisher harvests between four and fourteen liters of water, per square meters of net. the system is aleady helping to provide water to the people of the boutmezguida area in morocco, freeing up time of women and children for work and study. in november, the project won the united nations framework convention on climate change (UNFCCC) momentum for change award. following the testing period, the net is set to be upgraded to the latest version of CloudFisher this year. 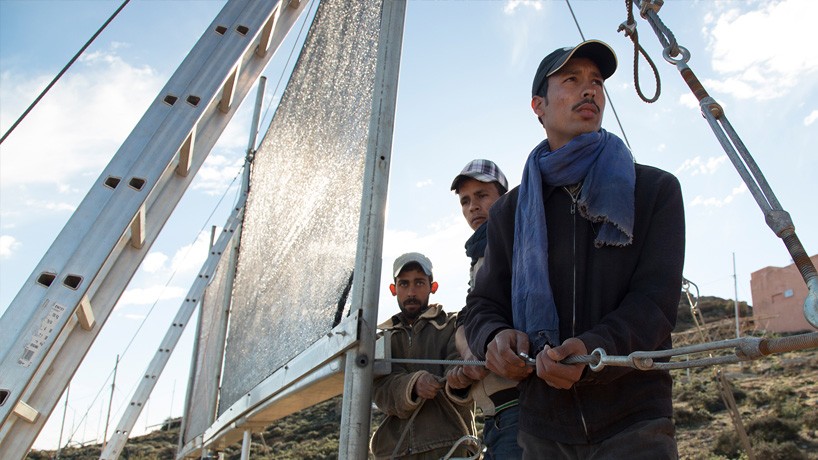 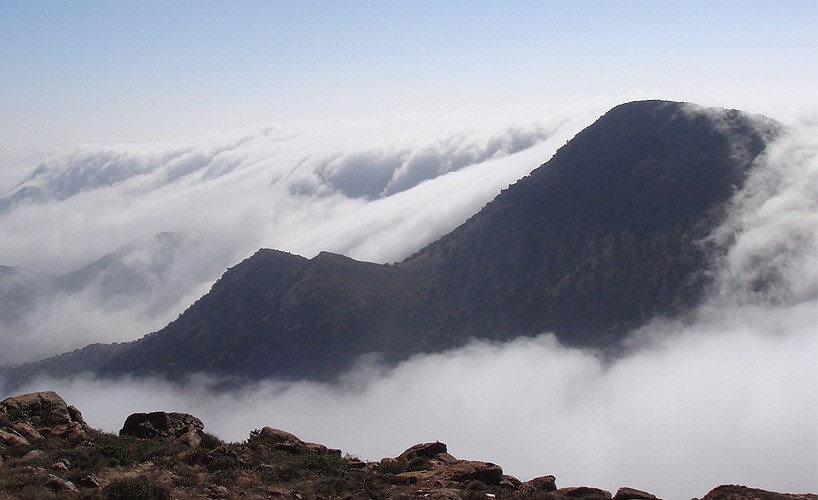 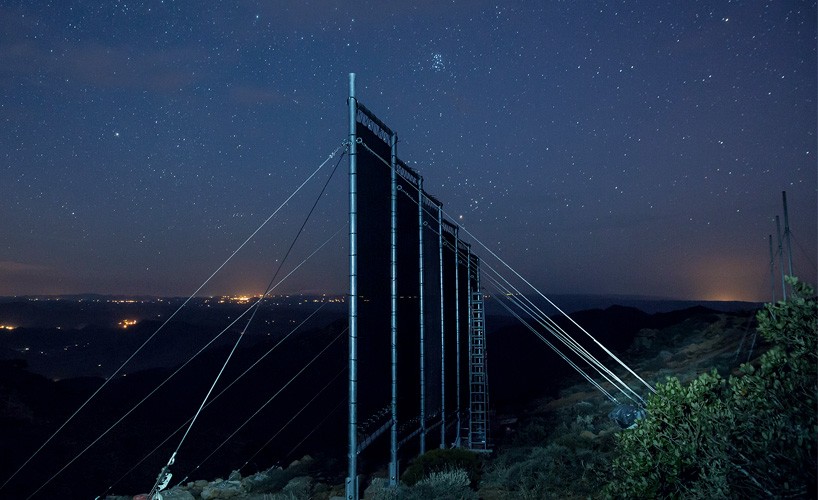 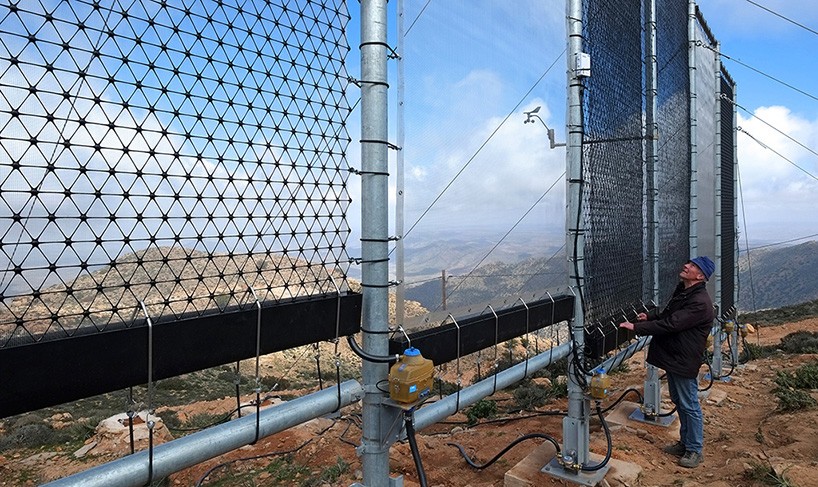 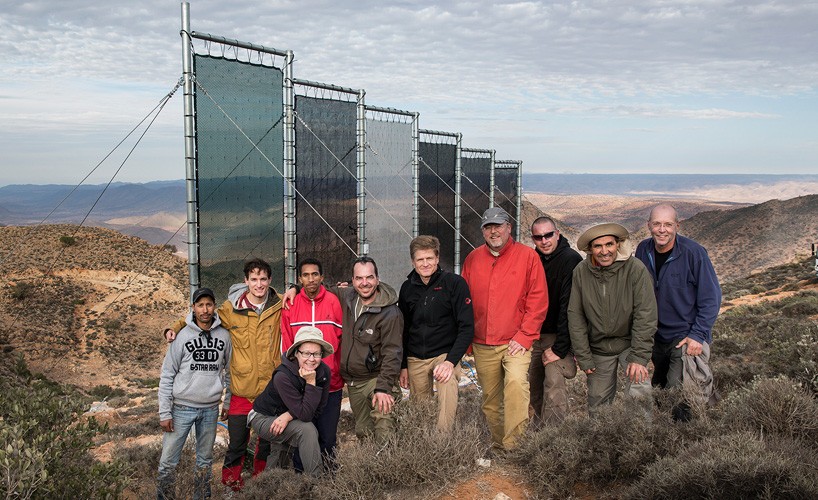