the collapsible aeromobil 2.5 flying car successfully takes off and lands
all images courtesy of aeromobil

slovakian engineer štefan klein has presented the latest edition of the aeromobil, his third iteration since introducing the first prototype in the early 90s. the current version,  the ‘aeromobil 2.5’, is a fully working prototype of the 3rd generation concept, the aeromobil 3. making use of existing infrastructure created for automobiles and planes, the hybrid aircraft – with a 6000mm long body, rotax 912 engine, collapsible wings and a carbon-coated steel frame – opens the door for real door-to-door travel. the vehicle fits to a standard parking space, its engine can be filled up at any gas station, it can fully accustomed to road traffic and as a plane, and is capable of both taking off, and landing at any airport in the world. 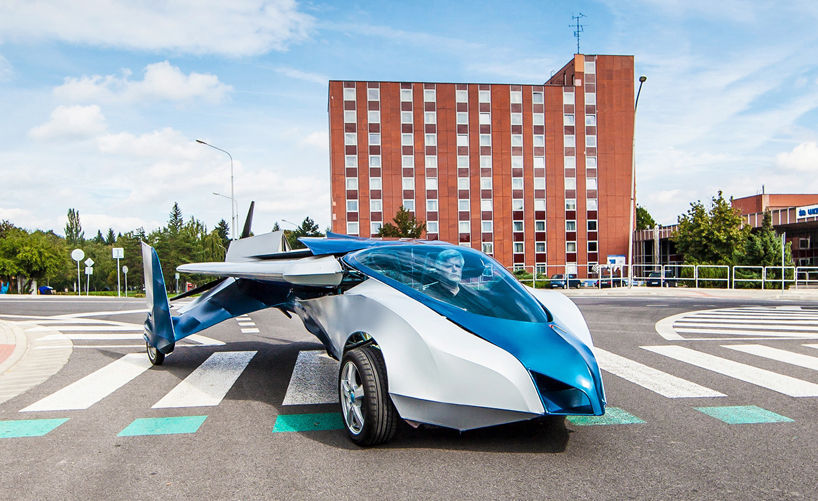 as a vehicle, the aeromobil is a two-seater roadster with a range of 875 kilometers 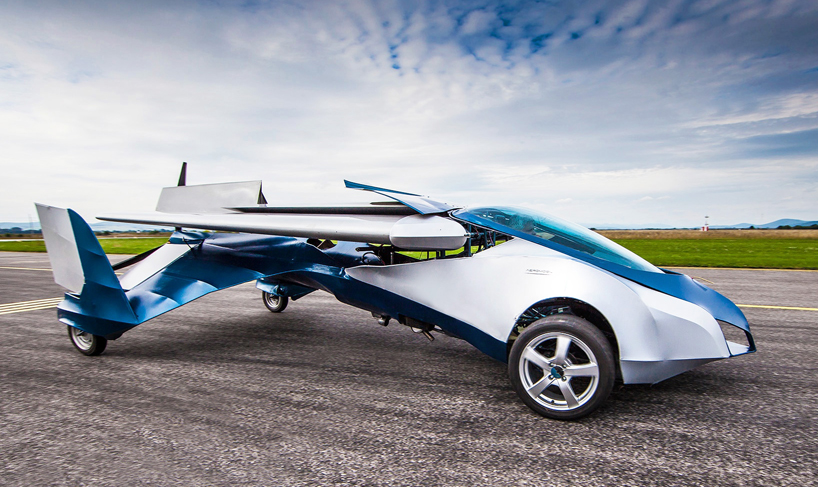 during flight, the craft achieves a top speed of over 200 km/h 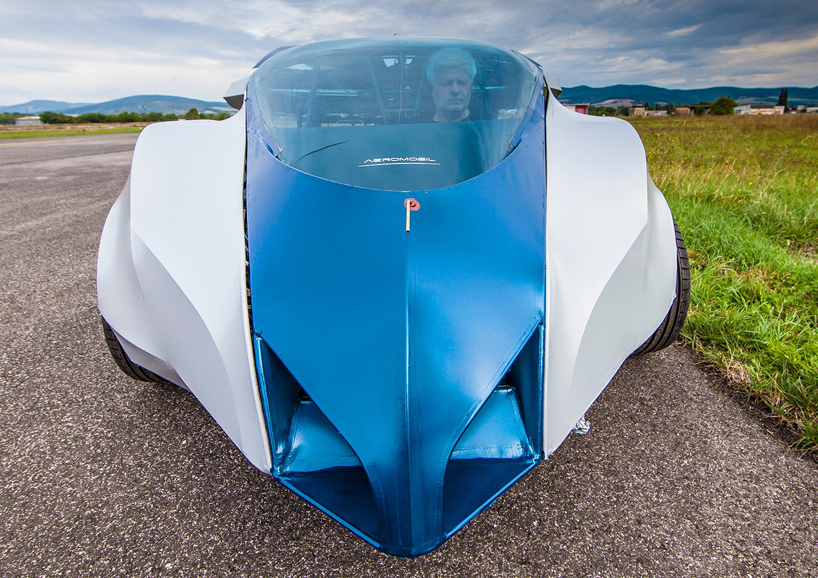