color kinetics japan and ranagram have collaborated to develop an interactive facade that reacts to user movement. the installation features approximately 1,000 LED lamps, which are placed behind the skeleton of a large scale iron lattice. indirect lighting simulates a series of visual patterns which change in shape over time. users can change the density and color of these patterns by using controls from an iPad. in tracking mode, outlines of spectators are detected by a microsoft kinect sensor and illustrated on the wall screen. when spectators move, motions are gradually illustrated with changing color through an optical flow algorithm. outlines of spectators are detected by a kinect sensor 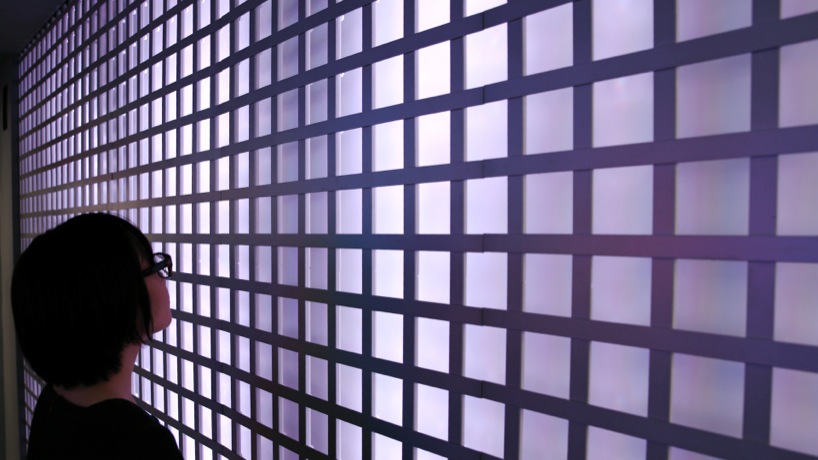 detail of the wall panels 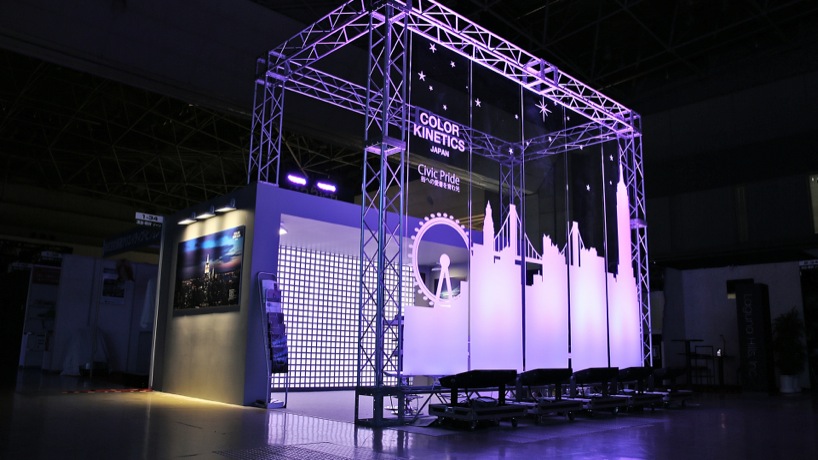 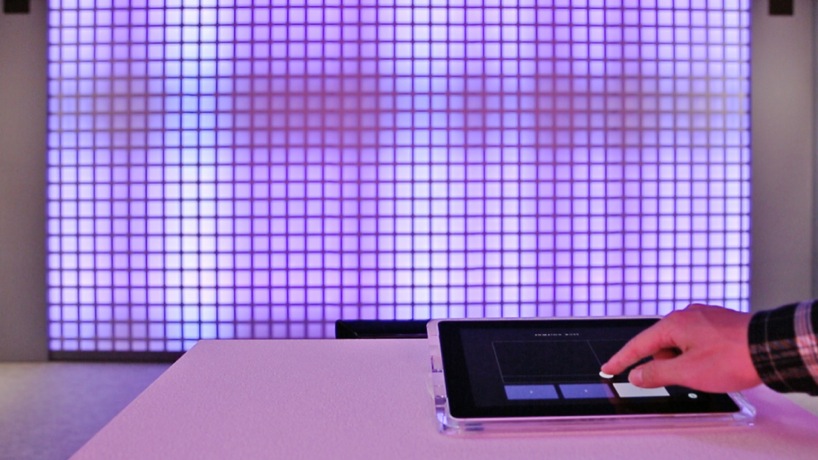 changing the density and color of patterns via iPad controller 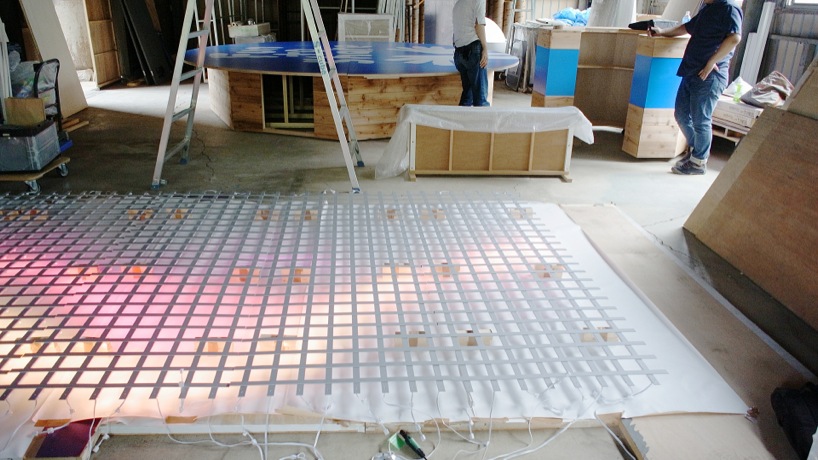 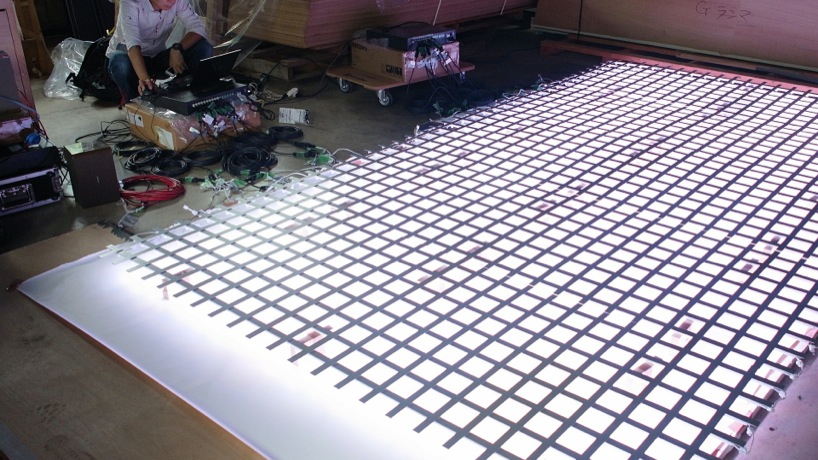