the ‘commercial space station’ by russian innovators orbital technologies is planned to be a privately operated multiuse space station orbiting 217 miles above the planet, designed not only for scientific missions but also for use as a space hotel for paying customers. the company reports that the station will be open by 2016, housing in a ‘hotel pod’ up to seven guests across four cabins.

guests arrive at the hotel via a two-day journey aboard a soyuz rocket. onboard, they sleep in vertical or horizontal sleeping bags, utilize air-flushing toilets, and can shower in a fully sealed cubicle, rather than simply sponging down the way that international space station cosmonauts must for the duration of their journey. while alcohol is not permitted onboard, food also takes on a gourmet aspect, as dishes prepared on earth– the example offered by orbital technologies’s chief executive sergei kostenko is a menu of braised veal cheeks with wild mushrooms, white bean puree, potato soup, and plum compote– is reheated in microwave ovens. large portholes on the craft provide ample viewing opportunities.

the ‘commercial space station’ can also be used for scientific missions ranging from three days to six months. reports suggest that the structure may also be used as an emergency escape craft for international space station astronauts in the event of a crisis. 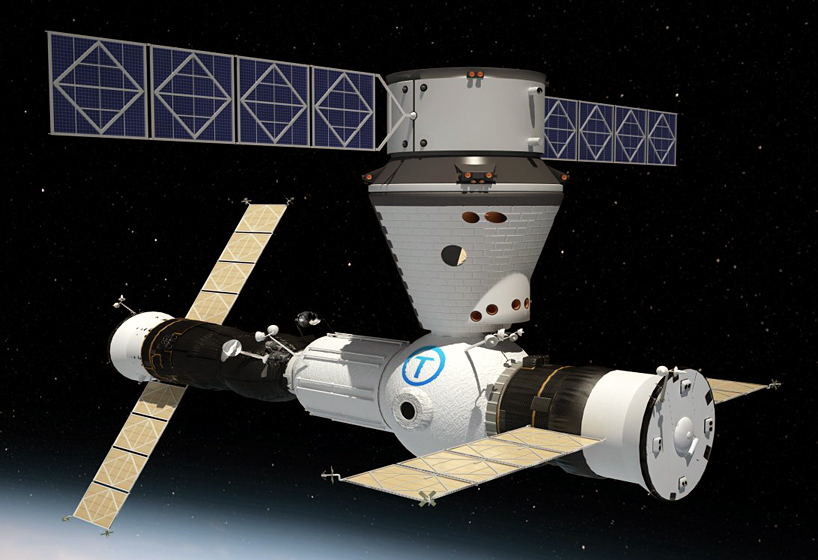 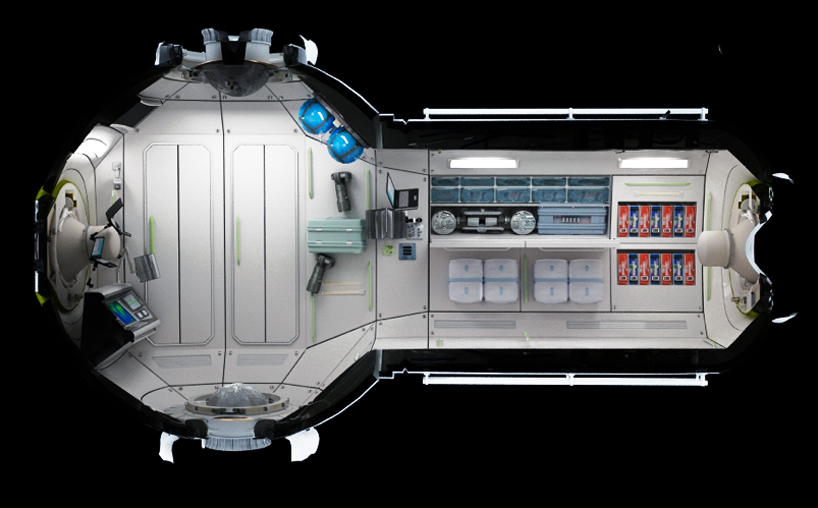 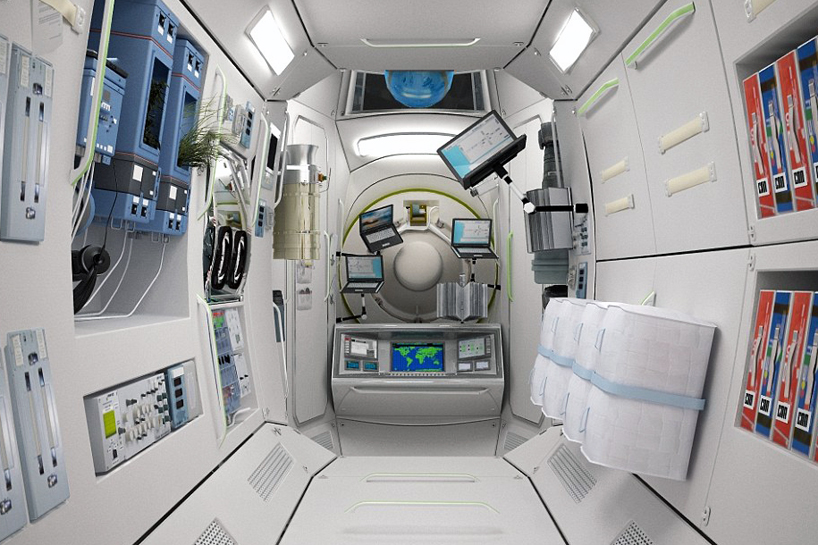 view from interior looking down the entertainment pod 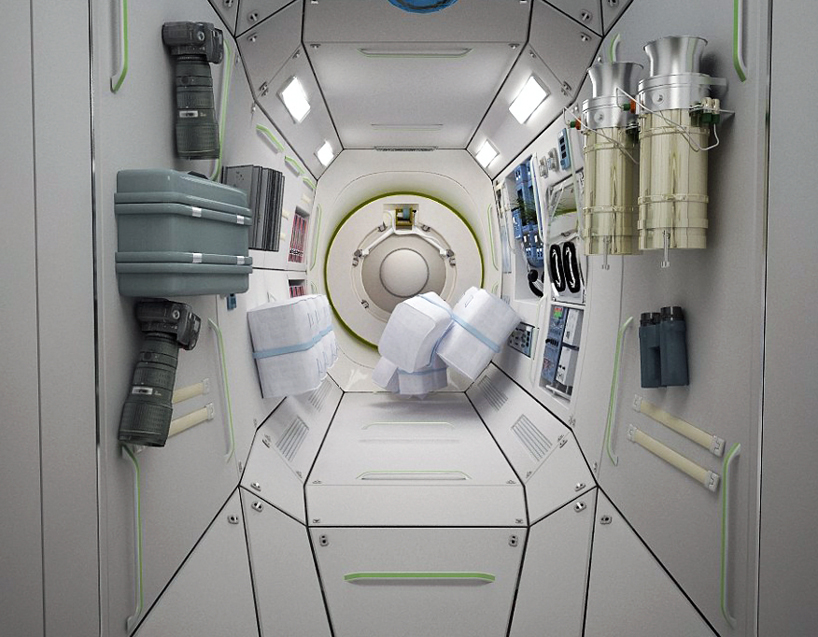 view from interior looking down opposite direction 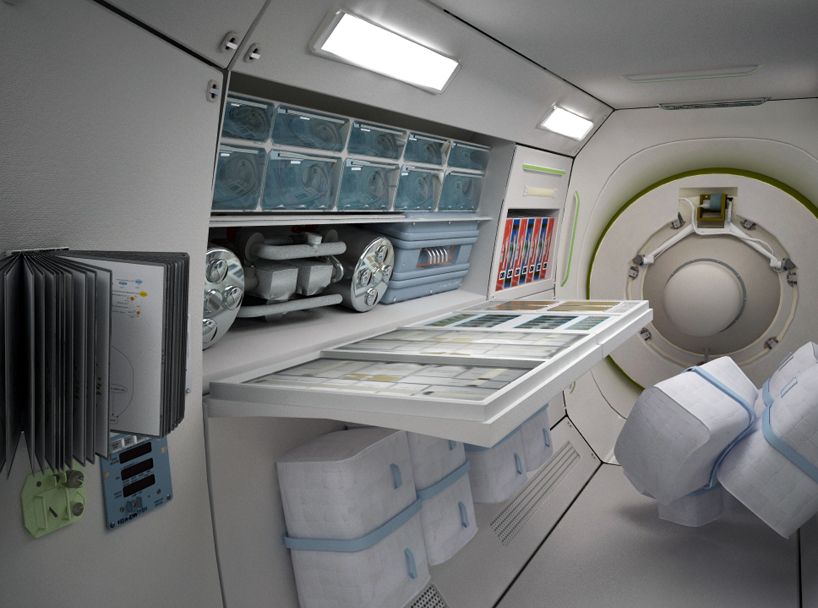 closer view from interior from opposite direction 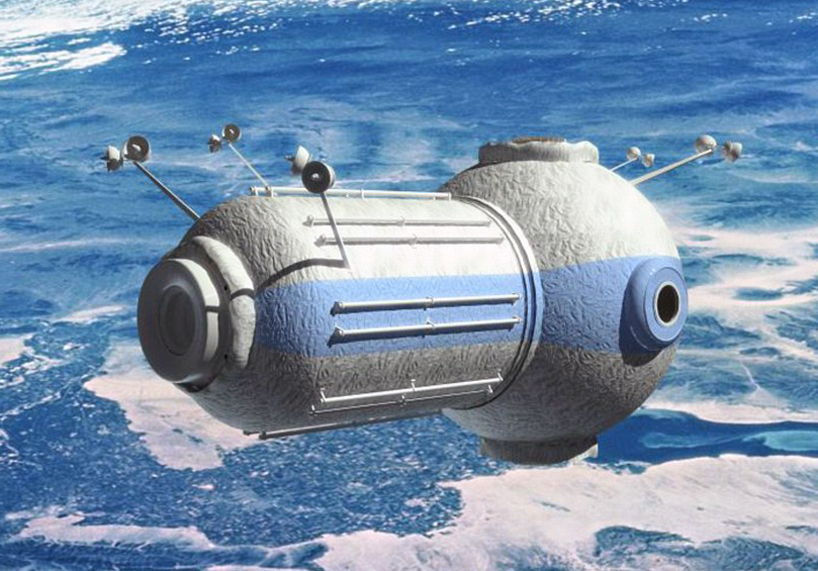 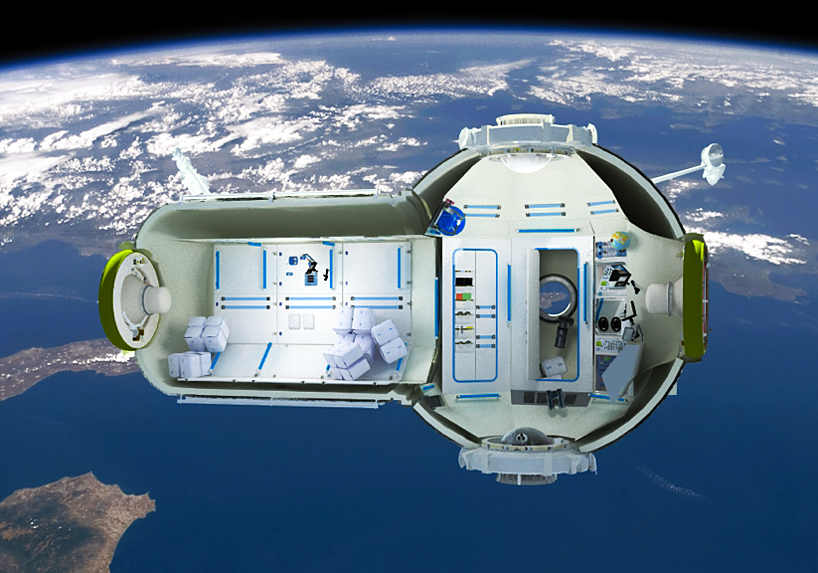 the living compartments feature sleeping space, a bathroom, and microwave, along with large portholes like those viewable through the compartment at right