sony has just announced plans to produce an ultra-compact digital camera with large interchangeable lenses. the new line of cameras aims to combine the small scale portability of standard point and shoots, with image quality and versatility of larger digital SLRs. the new line was just announced at the annual camera show PMA (photo marketing association). the camera uses sony’s own APS-sized exmor HD CMOS sensor and will have the ability to capture HD video. the new camera has a sleek design and will presumably come in a variety of colours. 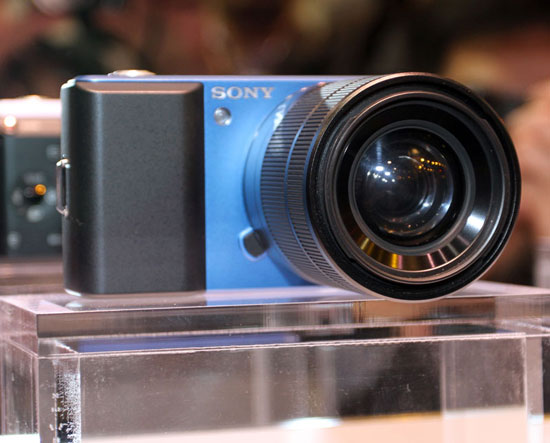 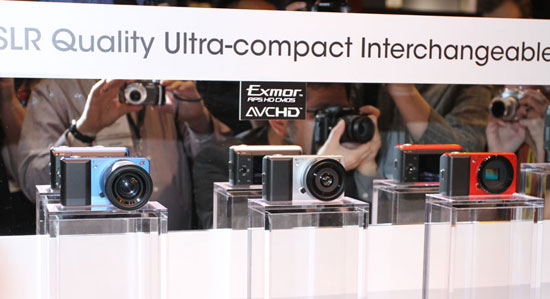