engineers klaus stadlmann and markus hatzenbichler at the vienna institute of technology have announced a prototype 3D printer small and lightweight enough to provide a viable option for at-home 3D printing.

‘no bigger than a carton of milk’, the device weighs 1.5kg (3.3lb) and was produced at a cost of only 1200 euro (approximately 1700 USD). like other 3D printers, the device utilizes additive manufacturing technology: intense beams of light illuminate points on a small tub of synthetic resin, hardening the material in specific locations and compiling layers onto each other until the desired object is printed. novelly, the printer uses LEDs for illumination, generating a high ‘resolution’ and hardening layers at one twentieth of a millimeter thick for extreme precision.

the university’s additive manufacturing research group is working on expanding the range of techniques and materials to use for the device, stating: ‘with the versatile and cheap devices and materials developed in vienna, highly complex 3D objects can now be built from a variety of materials with very different mechanical, optical and thermal properties.’ while the printer would not be efficient for mass production of articles, it enables the at-home production of small, custom-designed and tailor-made pieces, from jewelry to hearing aid parts. 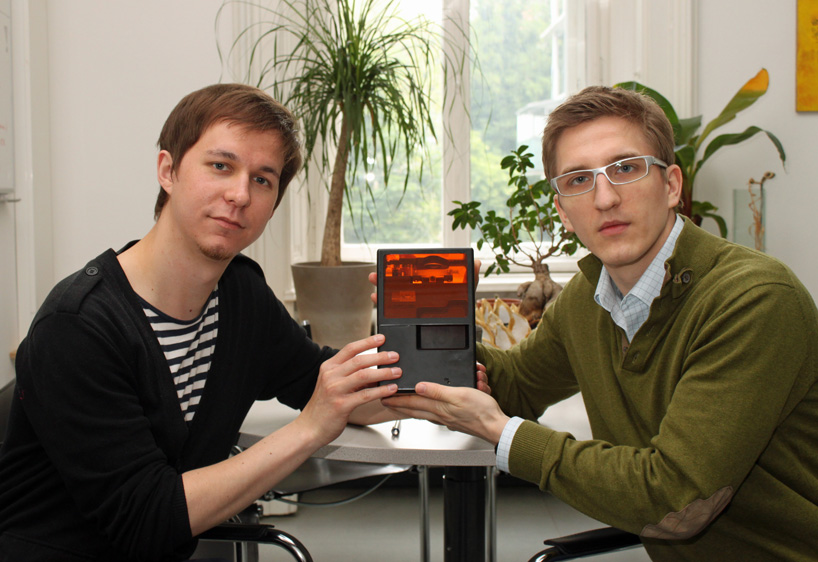 the engineers with their printer 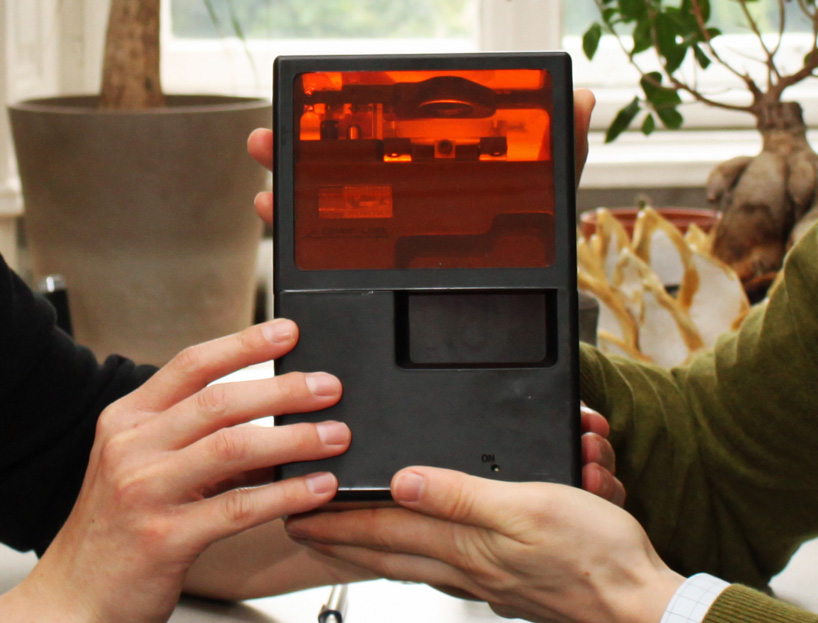 closer view of the device