creator is a california start-up revolutionizing the repetitive tasks in the kitchen, one burger at a time. CEO and co-founder alex vardakostas is a fry-cook turned engineer. he has been well aware of the drudgery of flipping patties since the age of 15. after getting his degree in physics, he returned to the restaurant world determined to set the fry-cook free. the revolution he saw was one of automation, which would allow new efficiency creating better food, better service and more profitability. the first restaurant is opening in san francisco and it is equipped with the creator burger robot — a contraption that is as conscious of quality as it is in precision. 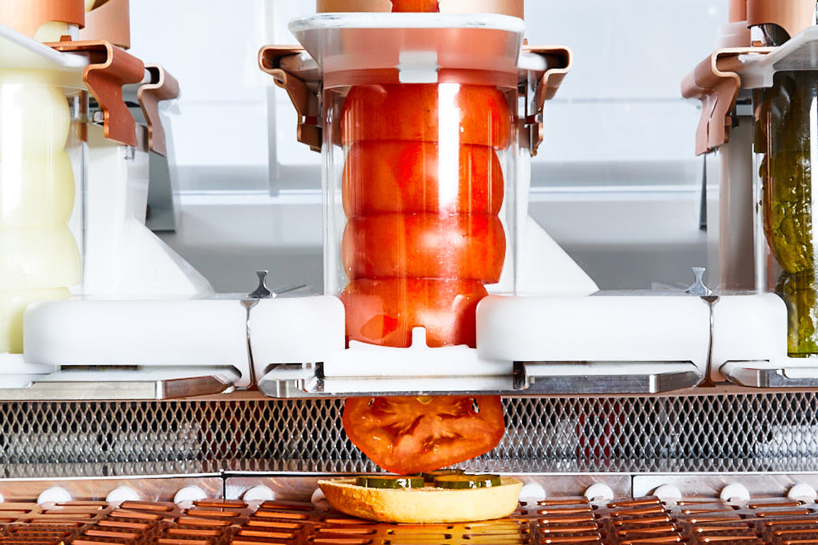 all images by aubrie pick, courtesy of creator

just as the assembly line had done with the model T, so too has this restaurant done for the hamburger. unlike the burger robot ‘flippy’ that designboom previously featured, this invention attempts to rethink the whole process, not just one task. designed in a way to make the burger much fresher than most, the robot slices the tomatoes and pickles on the spot, when the burger is ordered. such is the same with the creation of the paddies, which are formed upon ordering to maximize freshness and taste. creator has also collaborated with celebrated bay area chefs nick balla and tu david phu to incorporate their own burgers into the menu. 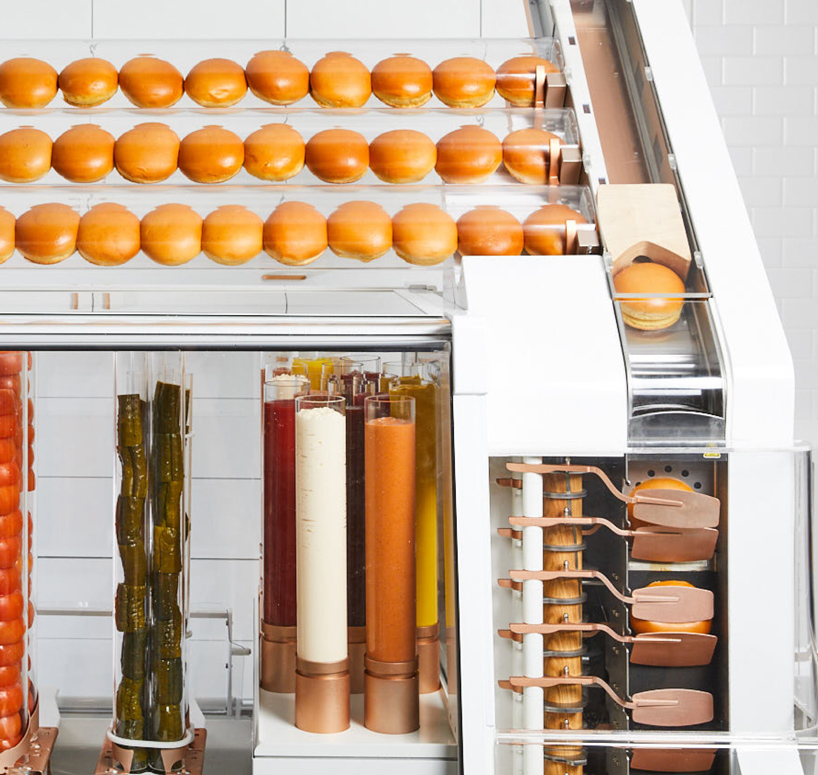 ultimately the burger process doesn’t only benefit the restauranteurs who increase profitability,  it also benefits customers and employees. with the ability to simplify the preparation, creator can spend more on quality ingredients. in fact, creator spends more on ingredients than any other burger at the price point, creating a gourmet burger for only 6 dollars. despite many concerns of threatening the existence of fry-cook jobs, the restaurant aims to simply improve the lives of its employees, putting them to better use. eliminating the most redundant task in the process allows employees to focus more on customer service. 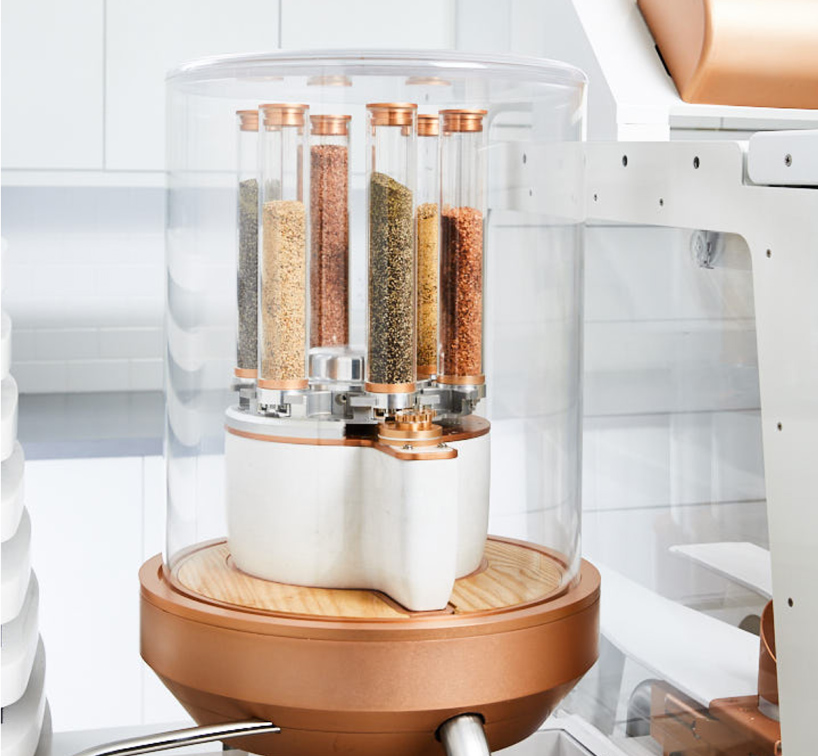 vardakostas, who has much sympathy with people working in burger joints, believes he can propel their careers further. employees are paid 16 dollars an hour and are allotted time in their day to read and learn to help them in their future careers. there is also the possibility of learning how to trouble shoot the burger machine and make much more money. it seems like a bright future for human and robot burger specialists alike. 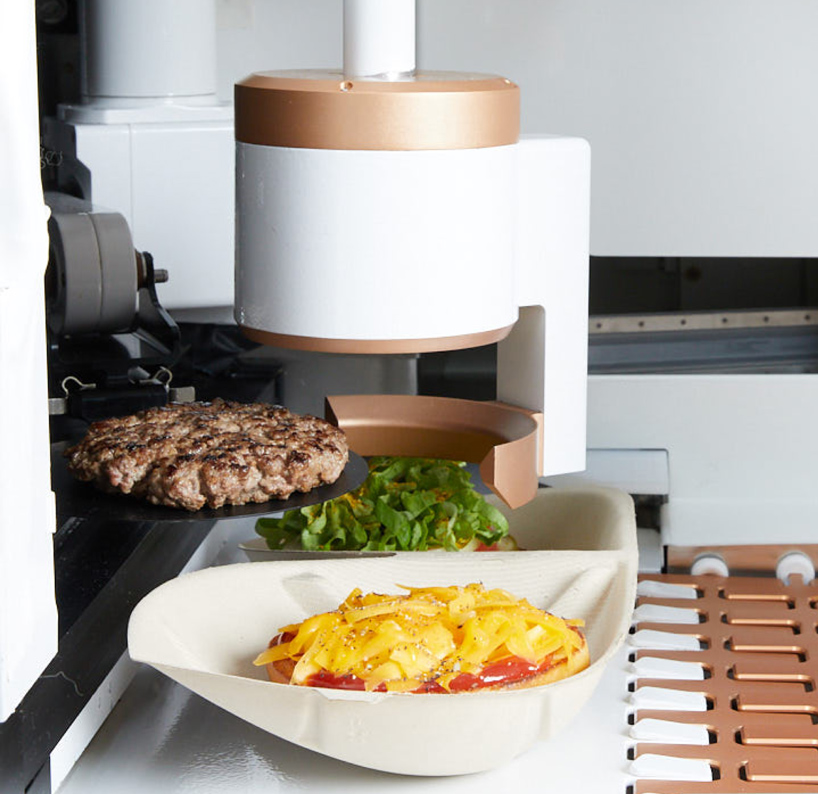 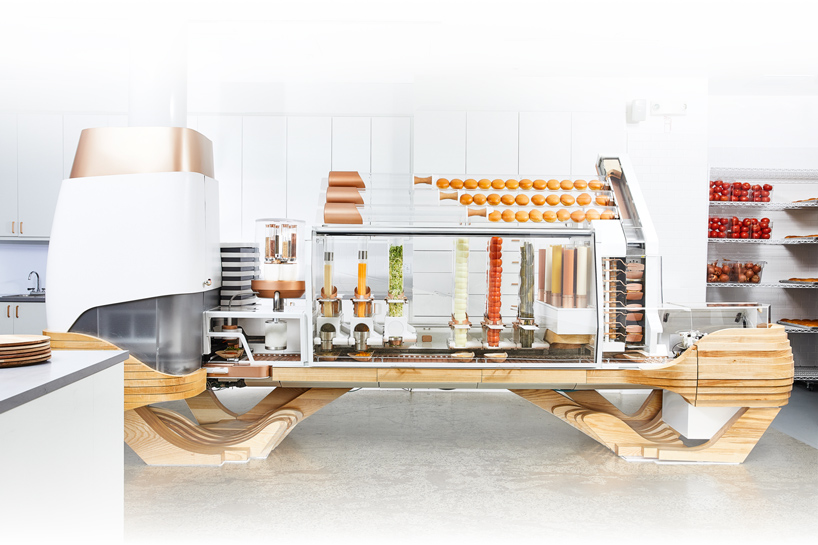