both living creatures and plastic products have a mix of properties and characteristics that make them unique. at CREAX, projects usually start by making a comprehensive description of the properties of products & technologies. this so-called product- or process- DNA can be used in multiple ways. in most cases, the studio uses it to find solutions in applications with a similar DNA. in its ocean plastic collector ‘compile’, the DNA of plastic particles and plankton are used to spot the differences between the two. as it turned out, the most distinctive feature is their density. plankton has a density which makes them more likely to sink or float at specific depths, while the density of plastic would make it float on the surface. however, plastics can be found at the surface but also up to 30 m below the water surface. this is caused by waves and currents pulling down the plastics. only in calm water do the plastics float. 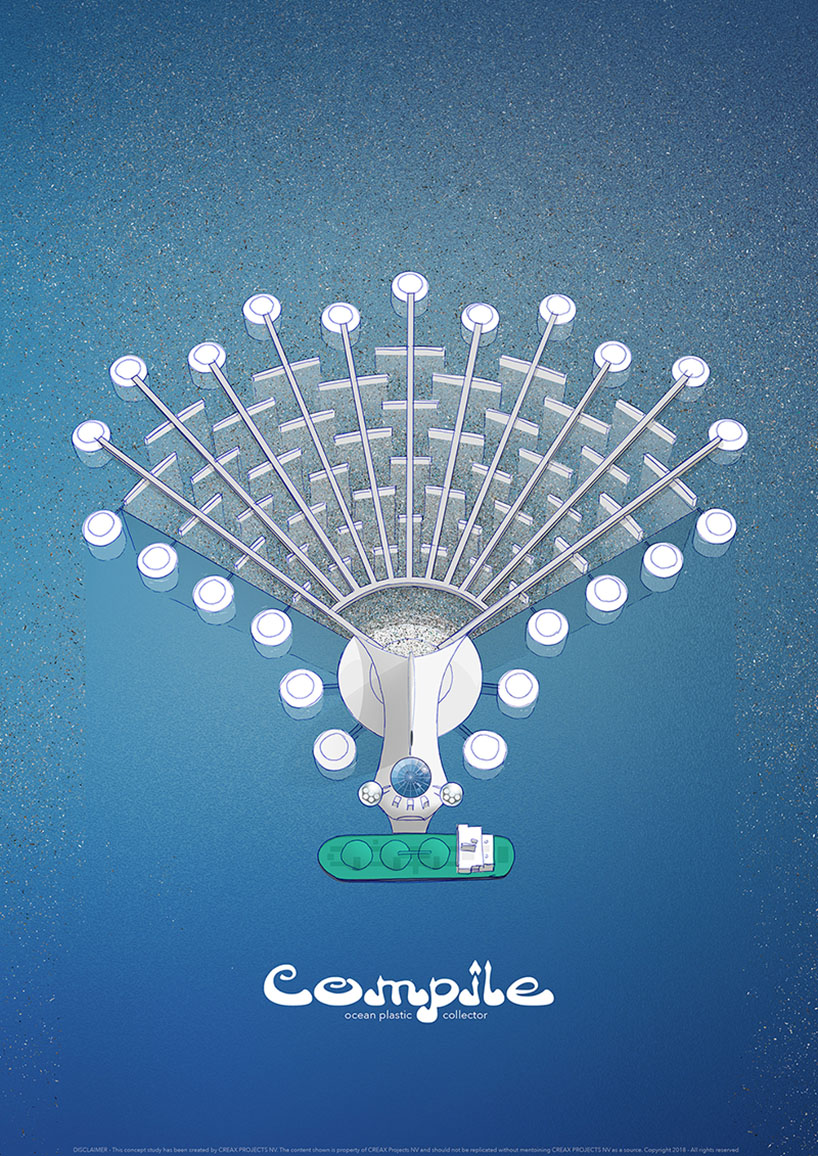 so, to separate ocean life from plastics the designers need to create a calm water column in the middle of the ocean. for this challenge, belgian based studio CREAX has applied another technique from its toolbox — the analogy-tool. as the project team is convinced that every problem has already been solved, this allows to look into analog domains for possible solutions. this time, CREAX didn’t need to look that far. breakwaters are used to reduce the impact of waves just before a shoreline. by placing them one after another, the waves will be broken and their energy lowered, which results in a calm water column where passive plankton will sink and plastic will float on the surface.

to collect the floating plastics on top, CREAX has created a passive solution in line with the passive separation column: an artificial beach which collects the microplastics because they are blown ashore. wind dries the particles and transports them further into a funnel that leads to a large storage space. once, every few months, this storage space is emptied by a collecting ship. unfortunately, these marine plastics are almost impossible to recycle, but they do have a high caloric value. therefore, energy could be obtained from these recovered plastics by a pyrolysis reactor onboard the collecting ship. 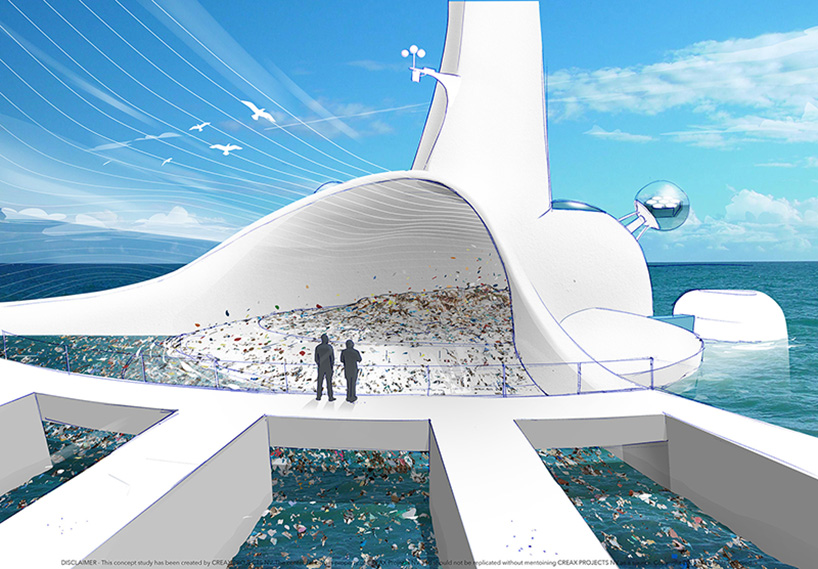 artificial beach and funnel, where plastics are blown ashore

with this solution, CREAX hopes to trap macroplastics but also microplastics which will also float on top of the water in the artificial atoll. ‘compile’ is passive and modular, making it possible to scale the system or replace parts if necessary. overall, the system is designed to remain low-cost, passive and environmentally friendly. 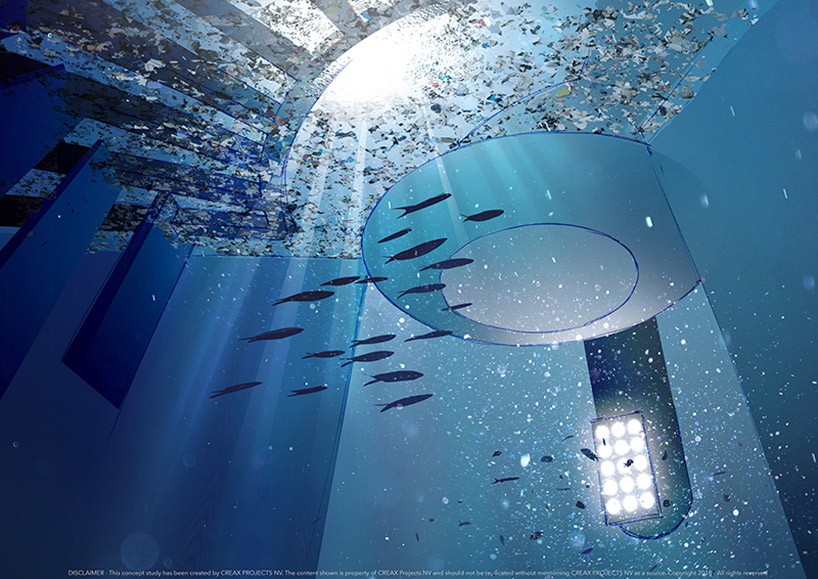 underwater view below ‘the beach’