the world’s first railless train has been unveiled in zhuzhou, in the hunan province of central china. the self-driving train, which is 30 meters in length, is part of the intelligent rail express system by chinese rail provider CRRC zhuzhou, and runs on rubber tires rather than rails. kitted out with sensors, the train can read the dimensions of roads and plan its own route. in fact, it’s much like having a virtual rail for the train. the futuristic form of public transport can move along fully autonomously at a speed of 70 km/h and can carry up to 500 passengers, offering new options for easing modern transport pressures. as it’s green coloring would suggest, the train is eco-friendly powered by electricity, yet can still travel over a distance of 40km per full charge. 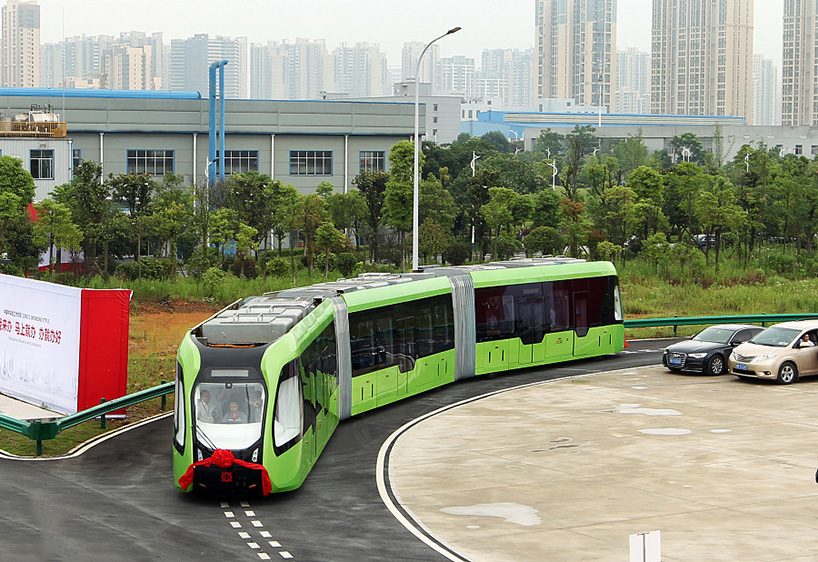 the train–which has assumed the name of ART, meaning autonomous rail rapid transit–is an initiative to help medium-sized and small citie which cannot affort to lay down rails or install expensive transport systems. whilst a railway track would take too much time and workforce to build in zhuzhou, according to the city’s government, operations to paint a 6.5 km ART line will be built downtown zhuzhou will already begin in 2018. CRRC’s train is made up of three carriages, each with a capacity of 300 people. in the future, a five-carriage train can hold as many as 500 passengers. 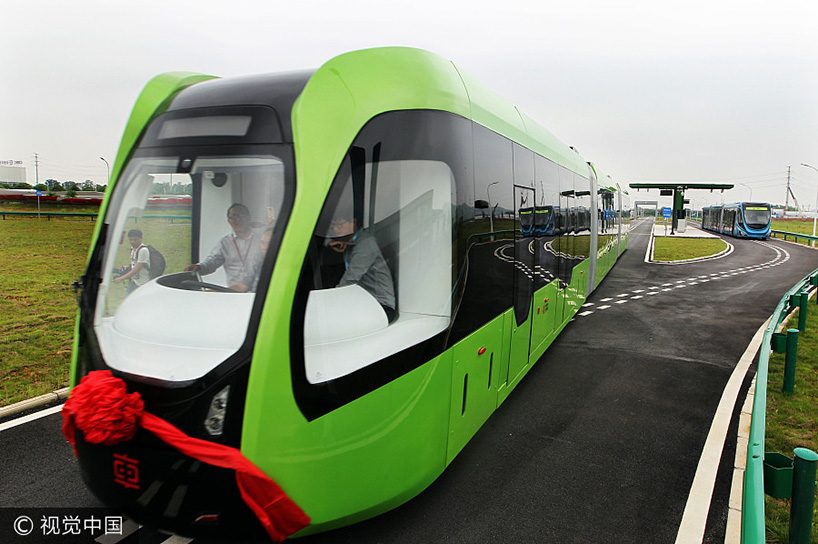 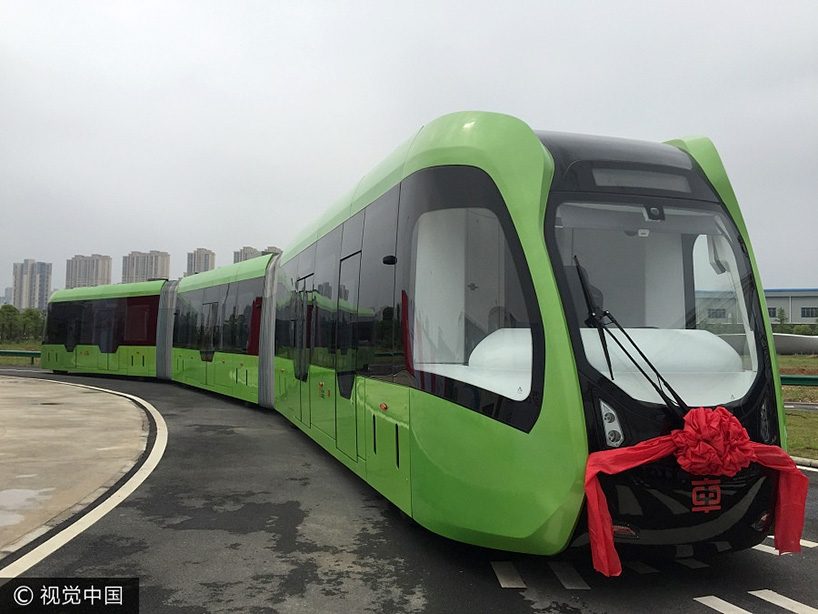 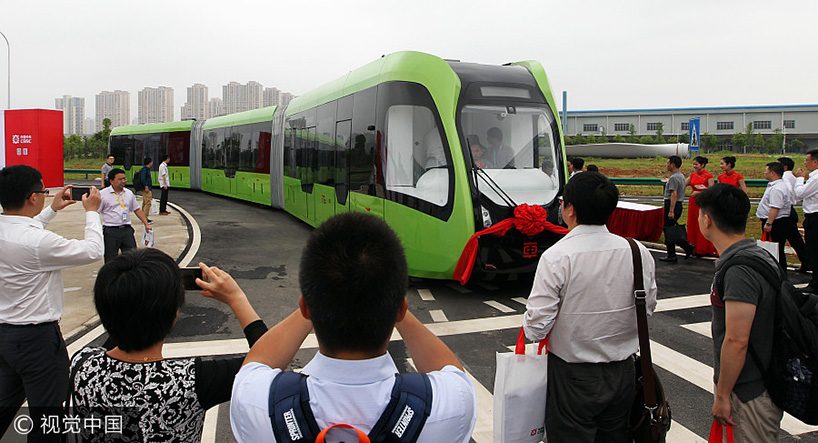