with apple’s world wide developers conference (WWDC) slated for june 13 2016, curved/labs asked themselves: what if apple focused on the educational market with a desktop computer? 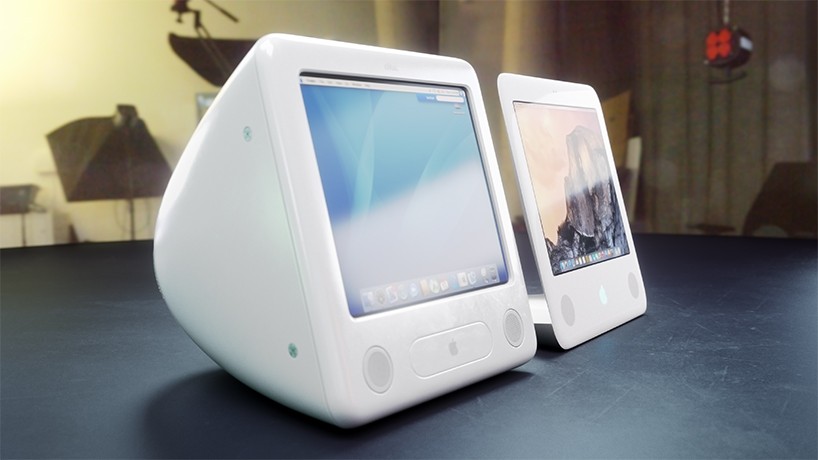 while under steve jobs, the ‘iMac’ all-in-one desktop computer was announced in 1998, and included a CRT monitor, and an enclosed colored translucent plastic case. it became widely used as school computers because it offered a complete package, including pre-installed Mac OS 8 software that was very easy to use. 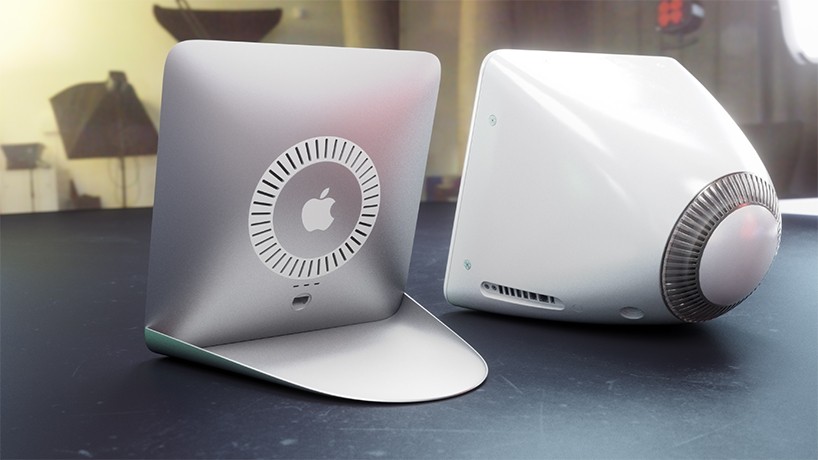 curved/labs thoroughly researched the product line to design a concept ‘eMac’ that includes a front facing dual camera for 3D capturing, scanning and imaging. the all-glass front incorporates a touch screen with stereo speakers. of course, the ‘eMac’ edition would be available in anodized aluminum colors as well as colors from the latest ‘iPod’ lineup: silver, space grey, gold, rose gold, and blue. the team at curved/labs has created apple concepts before, also introducing their version of the original macintosh. 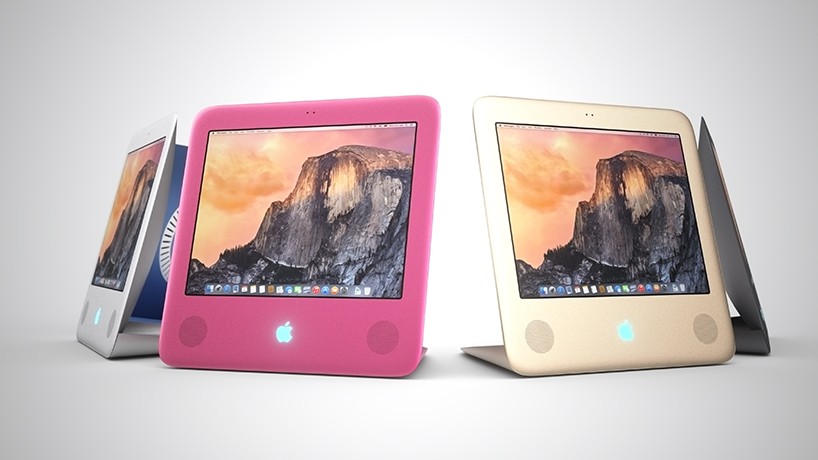 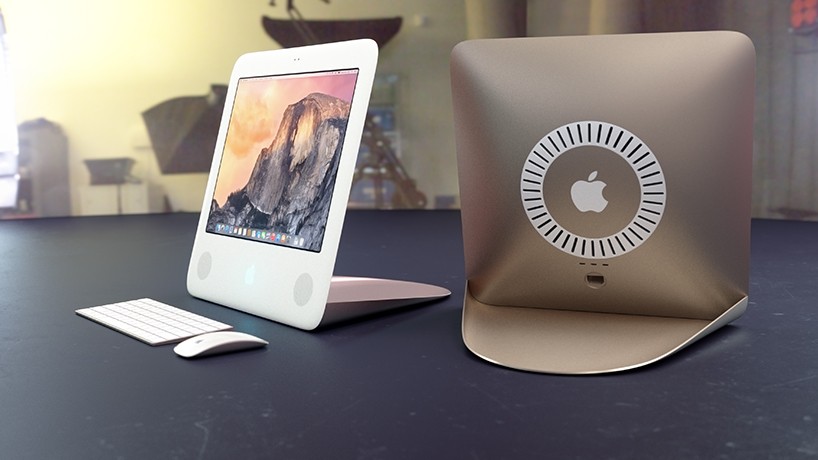 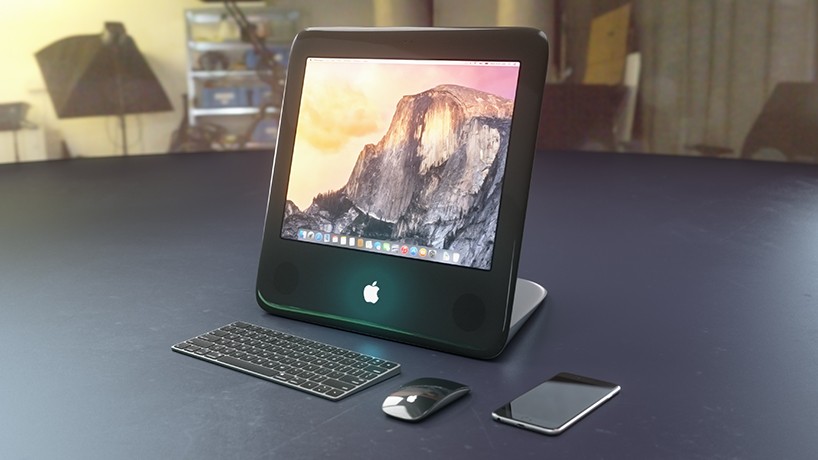 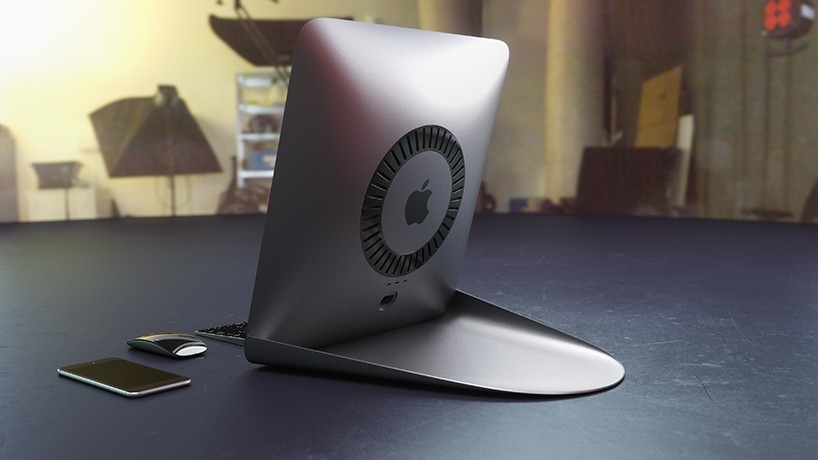 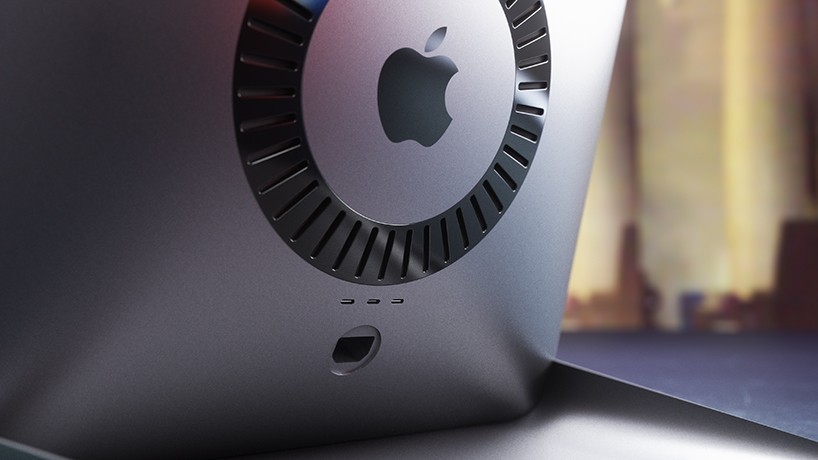 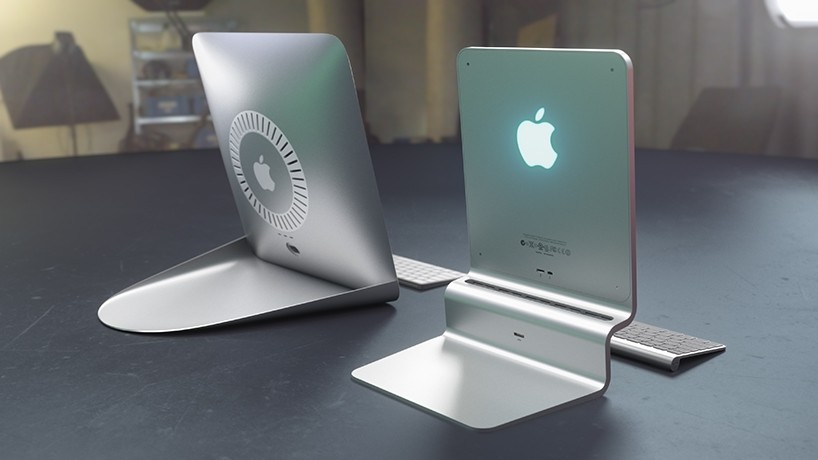