the custom 1979 yamaha ‘HL500’ snowbike by husky restorations is made for gliding through arctic landscapes, snow-covered cities and military operations. commisioned by luxury eyewear company, northern lights optic, it essentially fuses the snowmobile with a motorcycle to create a nimble, versatile personal snow vehicle. 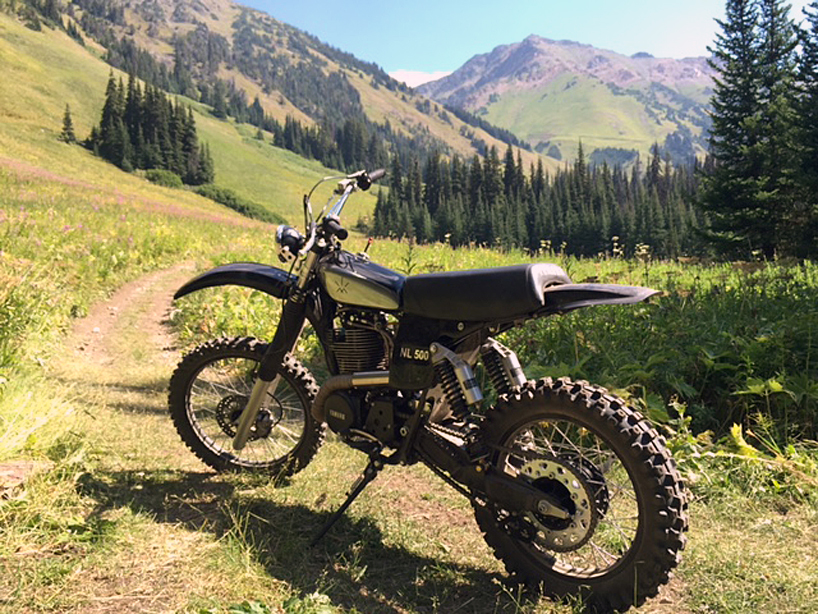 when orion anthony, founder of northern lights optic – a company that focusses on designs directly influenced from the classic days of mountaineering – decided he wanted to commission the snow utility vehicle, the first call he made was to rob phillips of husky restorations: a man with a reputation for building literally anything on two wheels. orion has chosen something more timeless for the snow bike’s aesthetic, with the classic combination of black and silver. 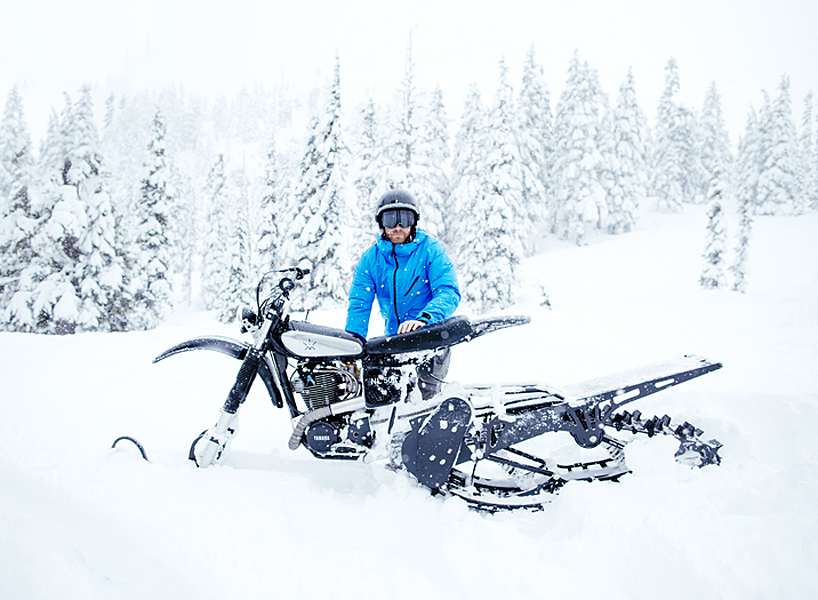 anthony settled on the classic yamaha ‘XT500 engine’, a single cylinder, air-cooled engine that has won both the 1977 500 cc motocross world championship, the paris–dakar rally. the engine is now fitted with a megacycle CAM and heavy duty valve springs to slightly boost the horsepower. for handling additional loads caused by riding in deep snow, a new pair of tough 43 mm YZ forks have been fitted. the fuel tank and seat are donated from a 1976 yamaha ‘YZ125’, with a few modifications required to fit the custom timbersled track and ski kit – assisted by route 99 motorsports. 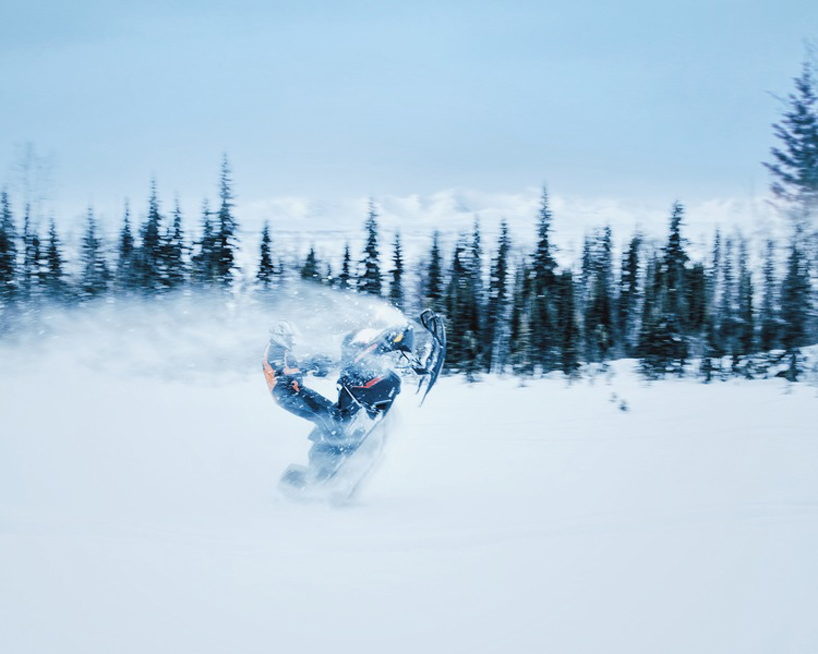 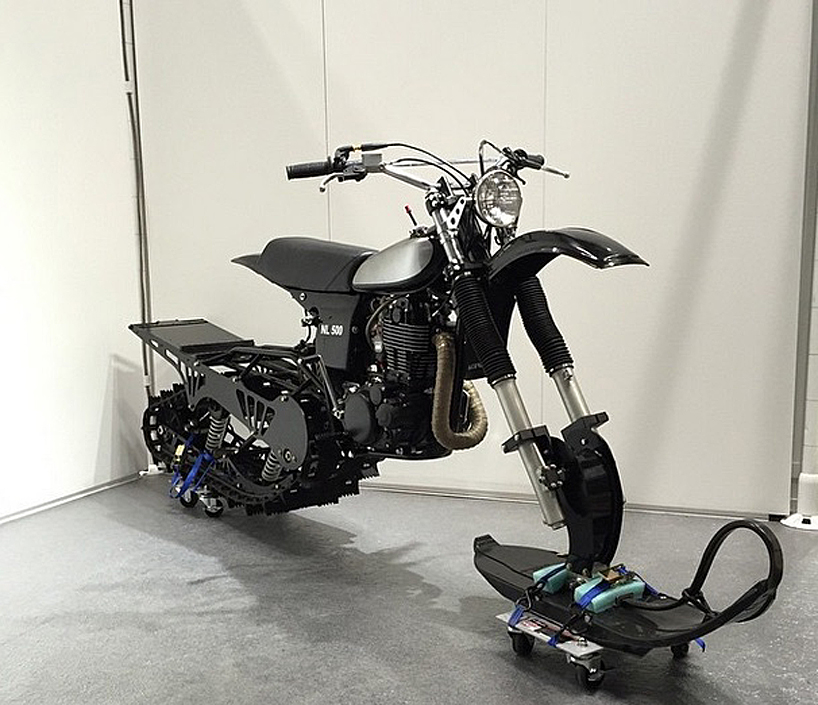 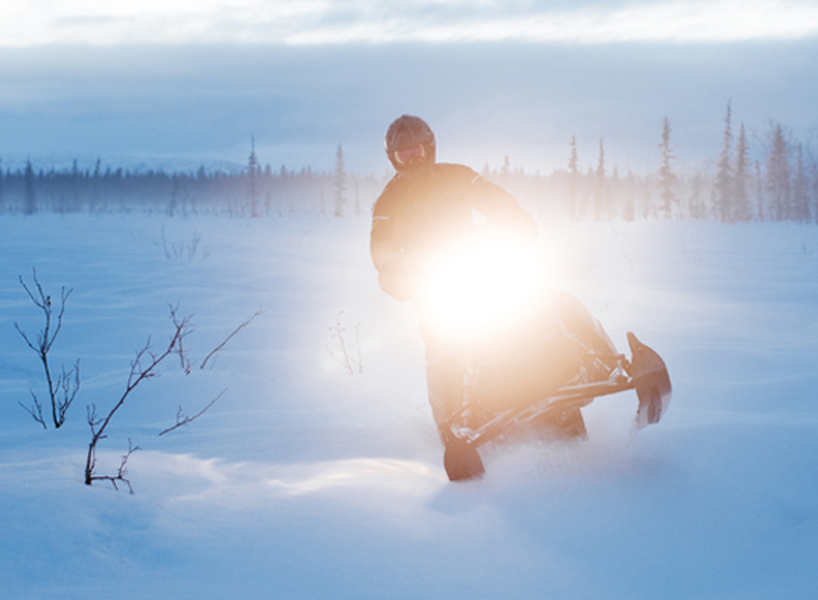 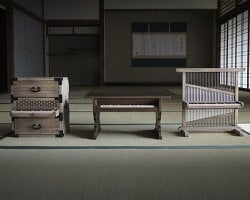