in a galaxy far far away, olivier c’s – not han solo’s – DIY-made ‘millennium falcon’ drone has completed two test flights, showcasing the star wars-themed device flying spectacularly over a picturesque landscape. developed upon a carbon and aluminum ‘prophecy 335’ quadcopter which boasts a powerful 1,100kV motor, four HQprop propellers and a 1800mAh battery, the custom frame design is the latest creation from the experienced RCgroup developer. taking in the high-level of detail shown with this successful sci-fi styled product, it shouldn’t take too long before another star wars spaceship, rumored to be a TIE fighter variant, appears in the sky near olivier. 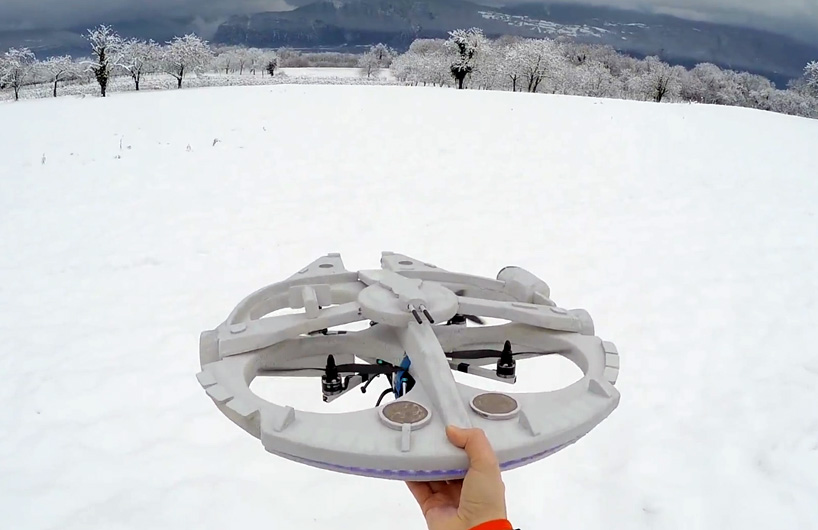