previously exhibited as a ‘digital campfire’ in amsterdam, studio roosegaarde presents a new variation of the ‘lego from mars’ in an interactive installation presented during dutch design week 2013 at natlab for light-S. for the exhibition, hundreds of geometric LED rocks are placed on a black mat – each wirelessly charged via a magnetic floor – brightening up when users intervene with tactile feedback. ‘crystal is the new lego from mars’, says designer daan roosegaarde. ‘people can write letters or icons to share their stories in a very public way… the pieces can be worn as high-tech jewelry or used as entrance-cards. some cities even want chips installed to turn ‘crystal’ into a special public transport ticket’. by re-arranging the semi-transparent components around the designated area, it causes the blocks to illuminate the space, each creating different patterns of light.

interactive LED crystals of light by daan roosegaarde at DDW 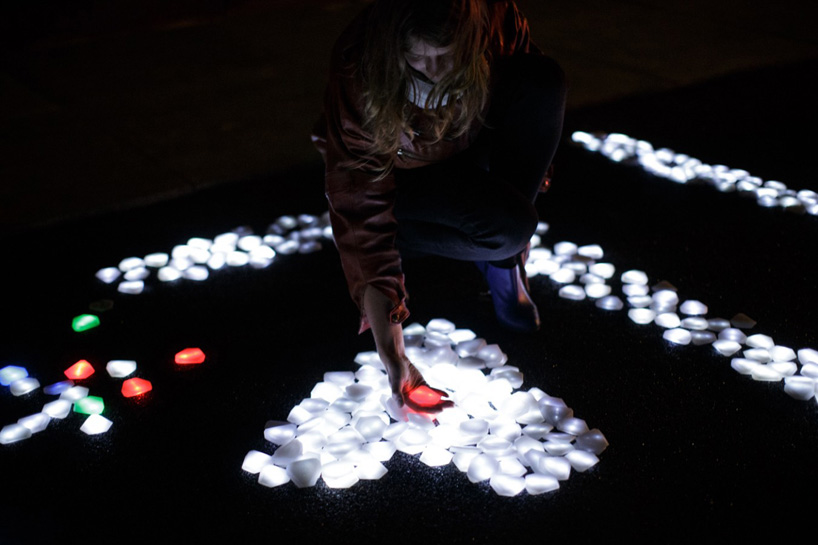 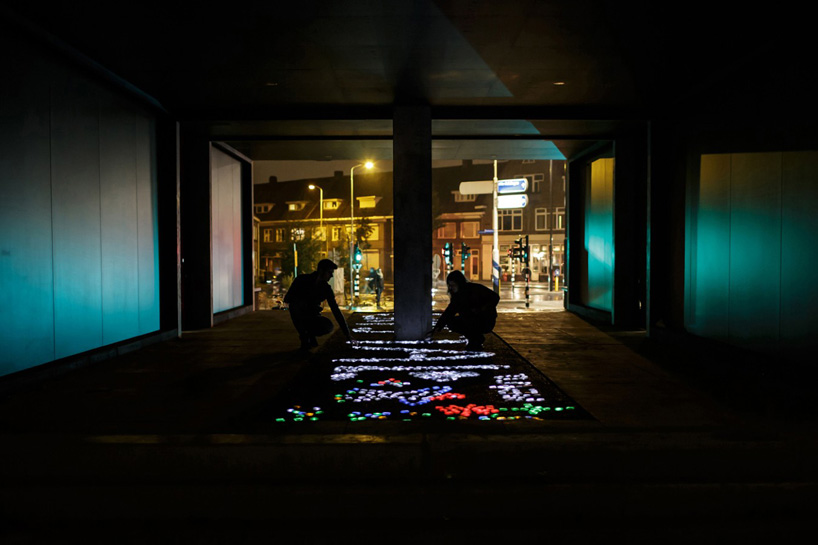 ‘crystal is the new lego from mars’ 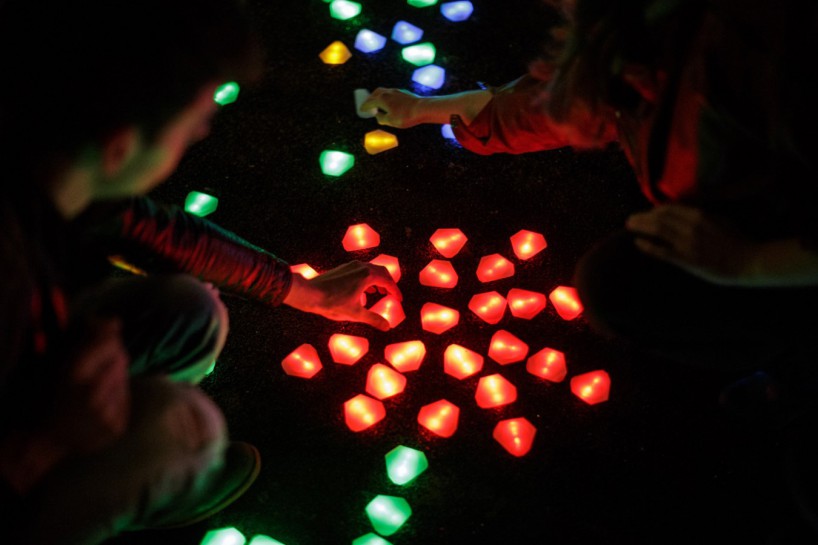 each geometric LED rock is wirelessly charged via a magnetic floor, lighting up when they are touched 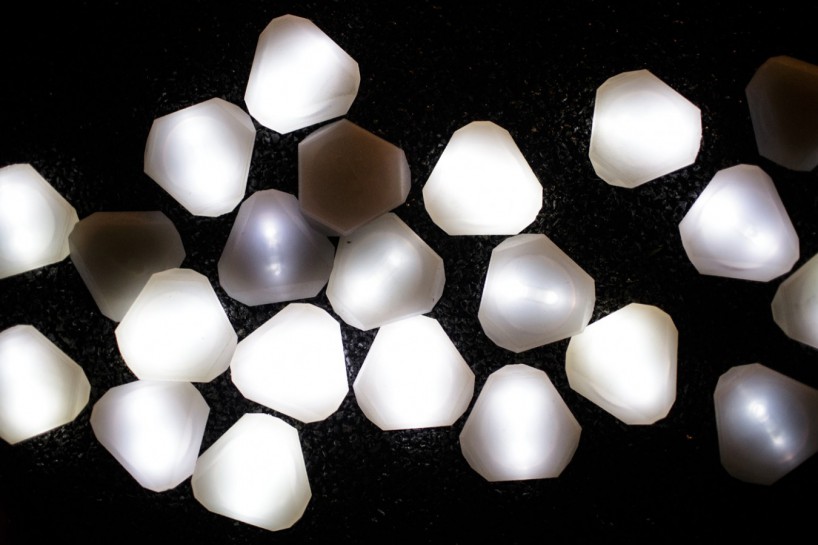 detail of the semi-transparent components 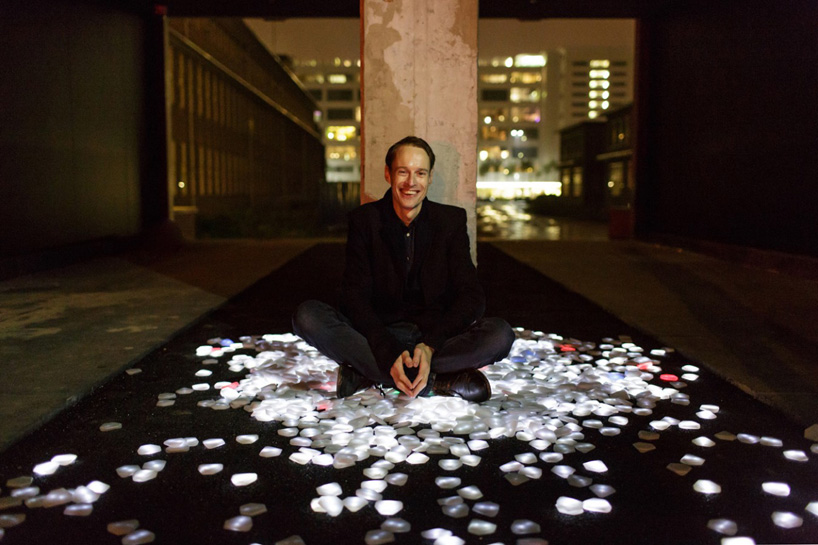 daan roosegaarde with ‘crystal-S’ during DDW

earlier this summer, daan roosegaarde won an INDEX award for his smart highway. you can designboom’s coverage here.