dutch designer daan roosegaarde’s ‘smart highway’ opened the first stretch of the glow-in-the-dark road on highway n329 near the city of oss in the netherlands. the project has been implemented on a 500 meter stretch of an ordinary highway, the first step towards completing roosegaarde’s vision of intelligent streets across the country. ‘glowing lines is just the first step,’ says roosegaarde. ‘we have shown that we have the guts to take on a project of this magnitude. and that is the most important thing when it comes to innovation: having the guts to actually begin to implement an idea like this.’ the paint for ‘glowing lines’ was developed by construction group heijmans to absorb light during the day. at night, it glows for up to eight hours, showing motorists where the edge of the road is and other key markings. 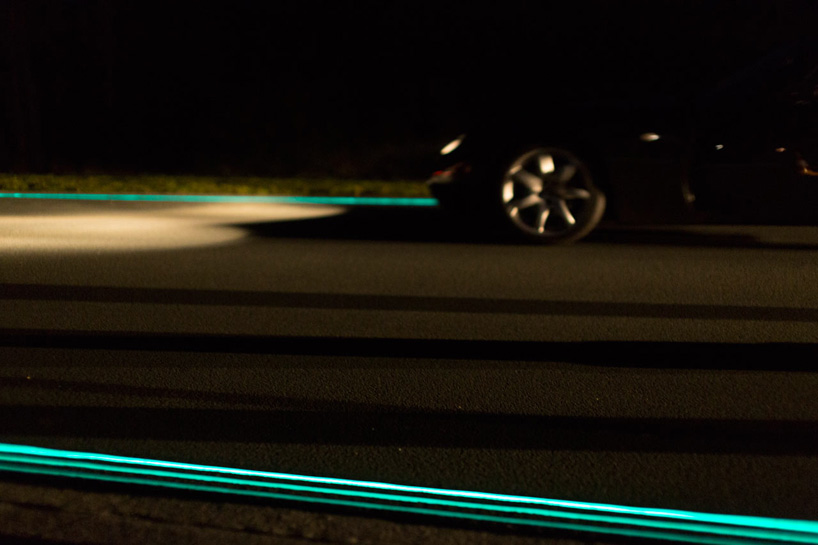 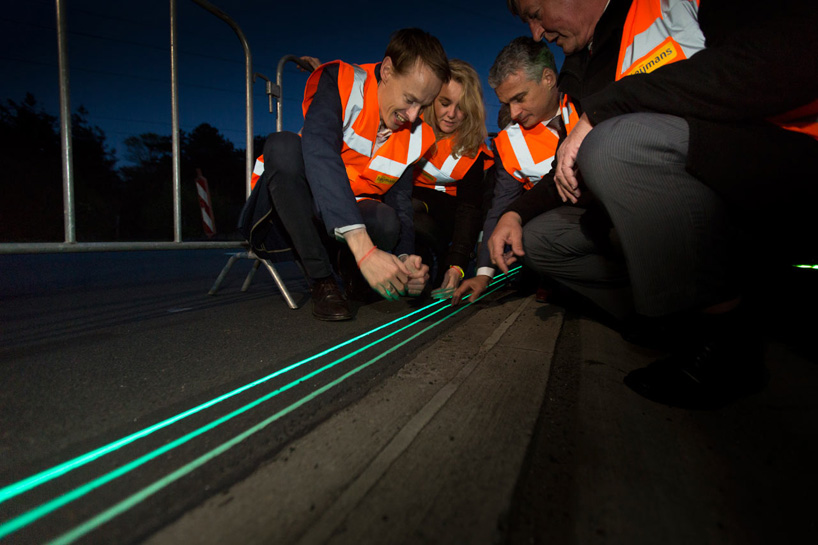 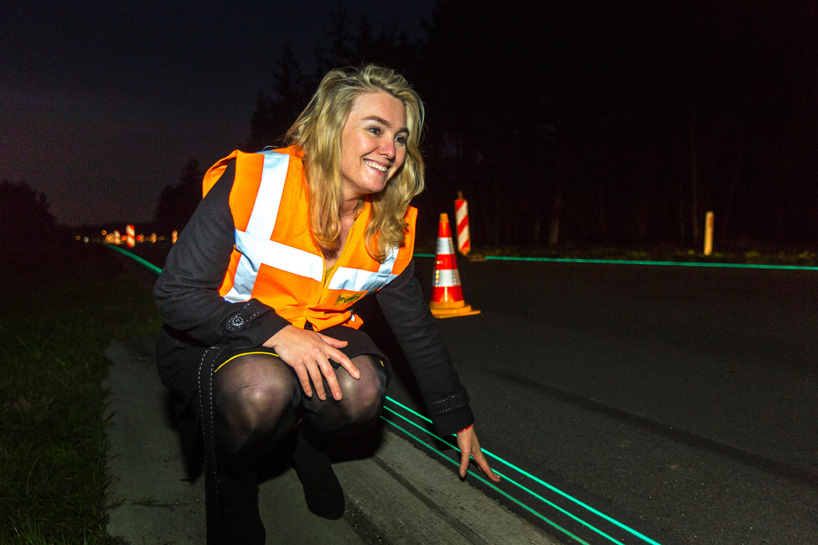 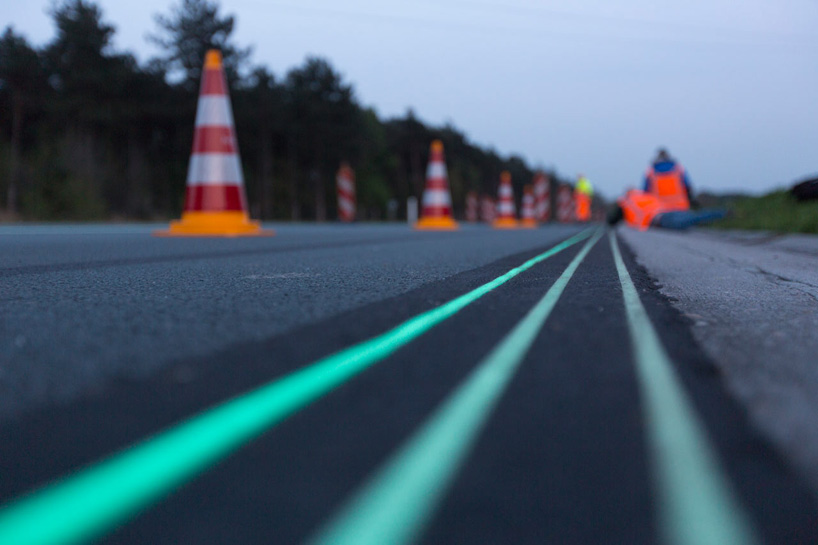 the paint absorbs light during the day, and at night, it glows for up to eight hours 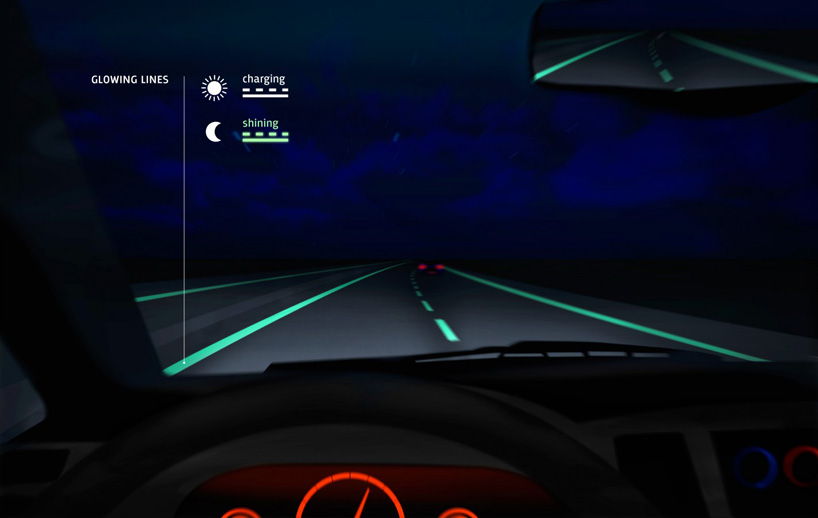 render of daan roosegaarde’s proposal for the smart highway