a pair of dutch designers, toon welling and david menting are combing a synthesizer and sequencer together into one fun electronic instrument for both children and adults alike called the dato ‘duo’. the way it works is, while one player plays a melody on the sequencer side, the other creates its sound and adds percussion on the synthesizer side. by carefully controlling the possible parameters, they designed the ‘duo’ so users can’t do anything wrong.

the project allows kids to play together and experiment with different sounds to introduce them into the world of music. dato ‘duo’ can also be hooted up to external effects like guitar pedals, with sync a input and output as well as a full-sized MIDI port. the team have setup a kickstarter campaign to help with production with plans to ship to backers in april 2017. 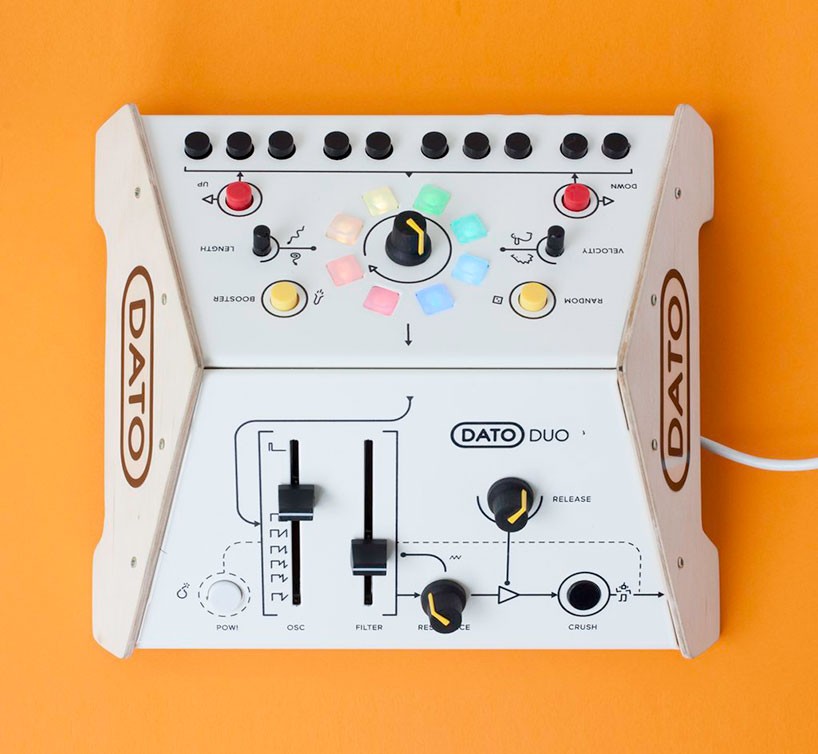 the bottom is a sequencer, while the top is a synthesizer 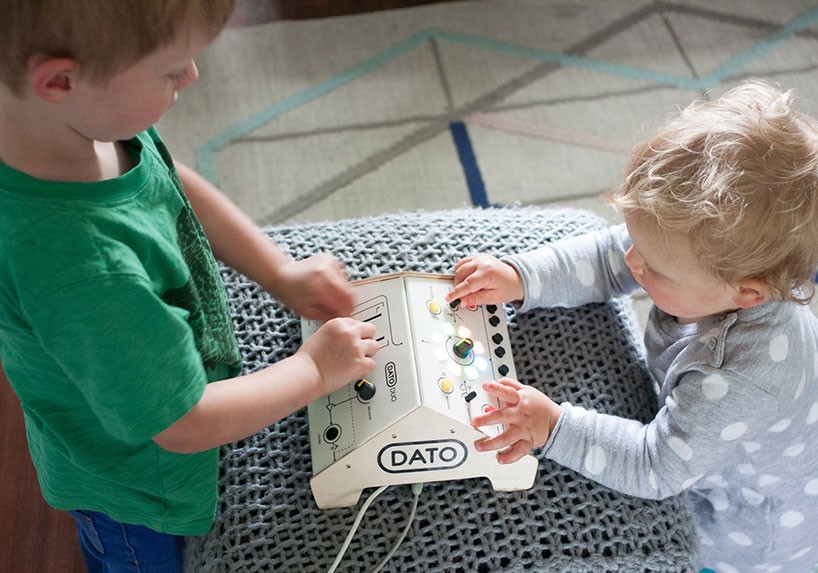 designed to bring kids together to create music 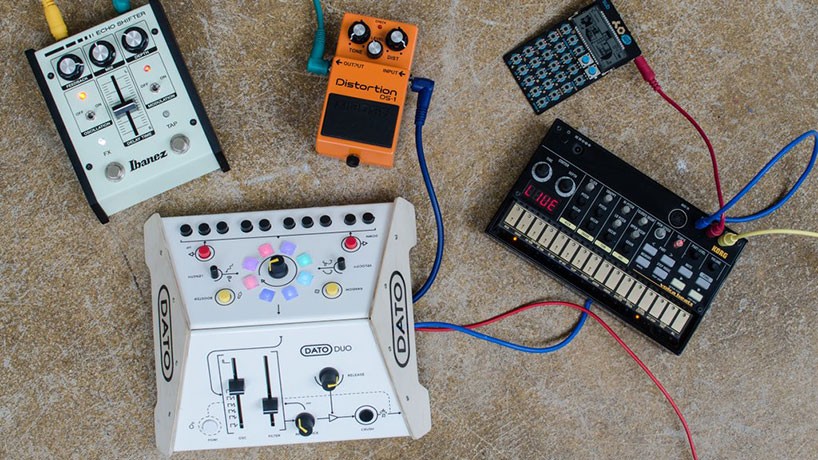 MIDI ports allow it to connect to other synthesizers 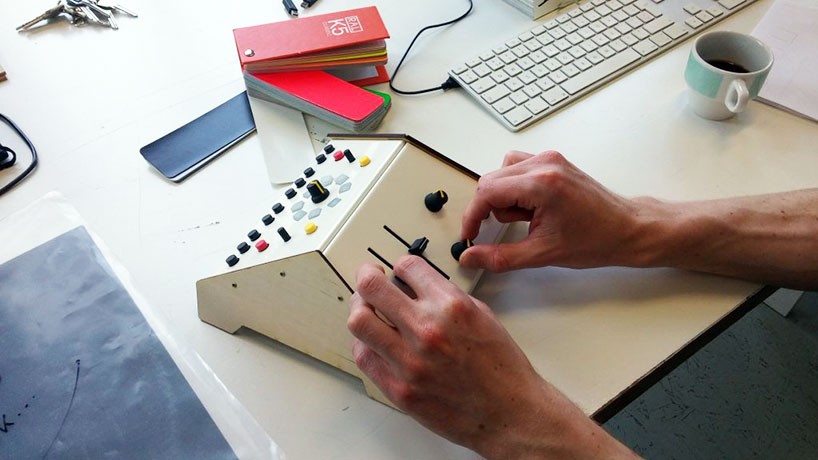 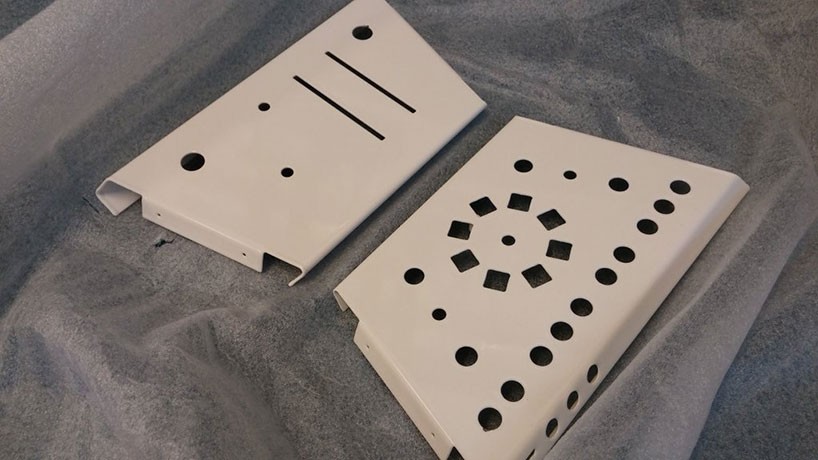 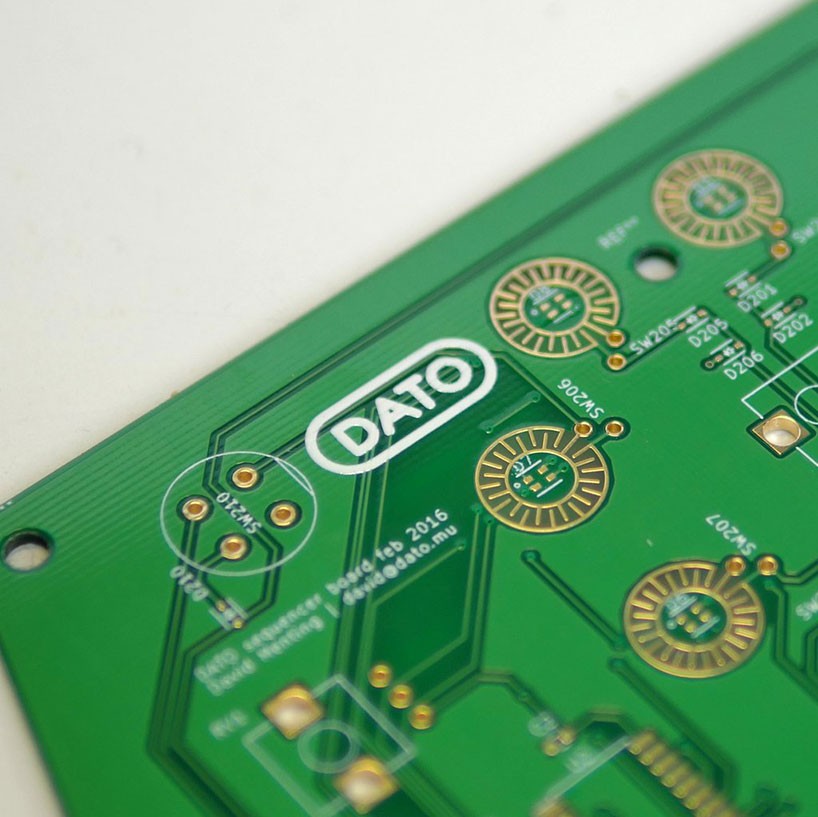 the first prototype circuit board