created by arizona-based david forbes, the ‘LED TV coat‘ is a wearable lab coat outfitted with LED panels, capable of playing video and images from an iPod or DVD player. built for wear at the burning man festival, the device is powered by a 12V battery, offering a charge time of about an hour for the 1000-LED design. the colour saturation of the 160×120 -resolution image can be adjusted via controls along the coat’s shoulders. 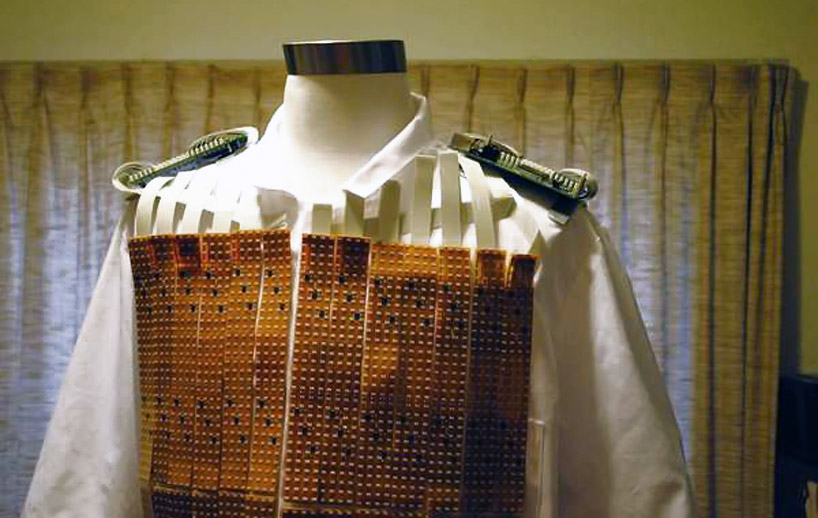 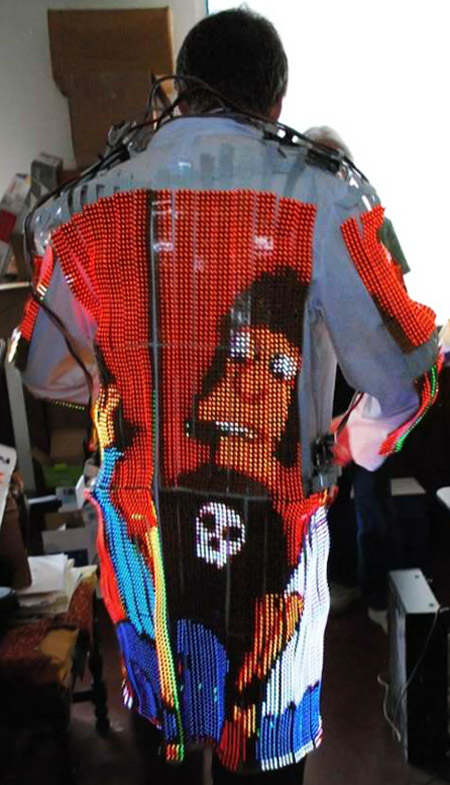