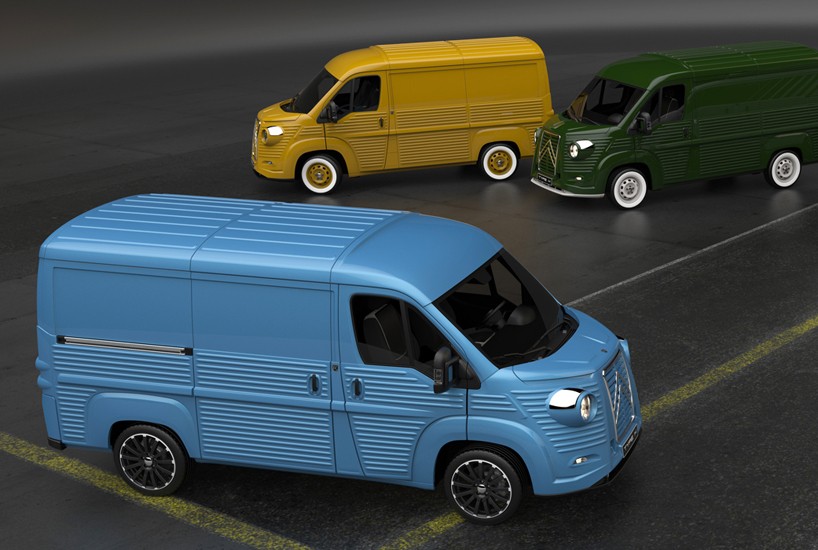 as tribute to italian automobile designer flaminio bertoni and his citroën HY unveiled exactly 70 years ago, david obendorfer and fabrizio caselani unveil a contemporary reinvention of the legendary model. packaged as a complete car kit and developed on the citroën jumper chassis, the type H 70th anniversary van will be exclusively sold across italy. 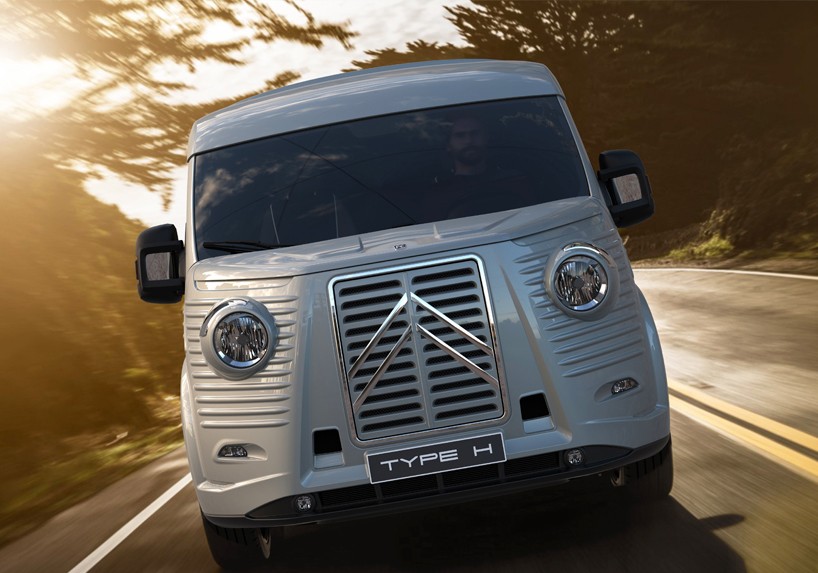 with this design, obendorfer and caselani did not intend to copy the forms of the original model, but rather capture the ‘soul’ of the iconic citroën vehicle by reinterpreting it through a nostalgic fiberglass ‘suit’ which — at the same time — is deeply rooted in contemporary style. the type H 70th anniversary van is a fusion of direct references to the predecessor with modern solutions, combined with the reliability and the technological content of the current jumper series. the model be produced by FC automobili, using artisanal methods, as a limited series of 70 units in italy. 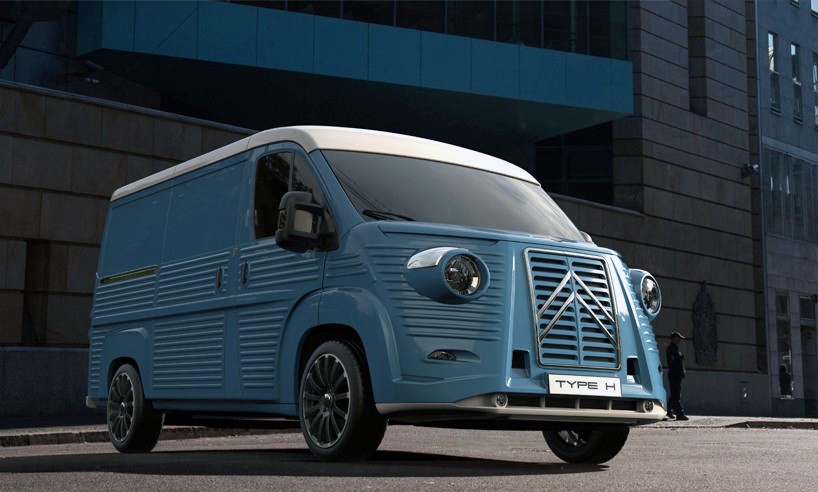 fiberglass ‘suit’ brings back the iconic flair of the citroën HY 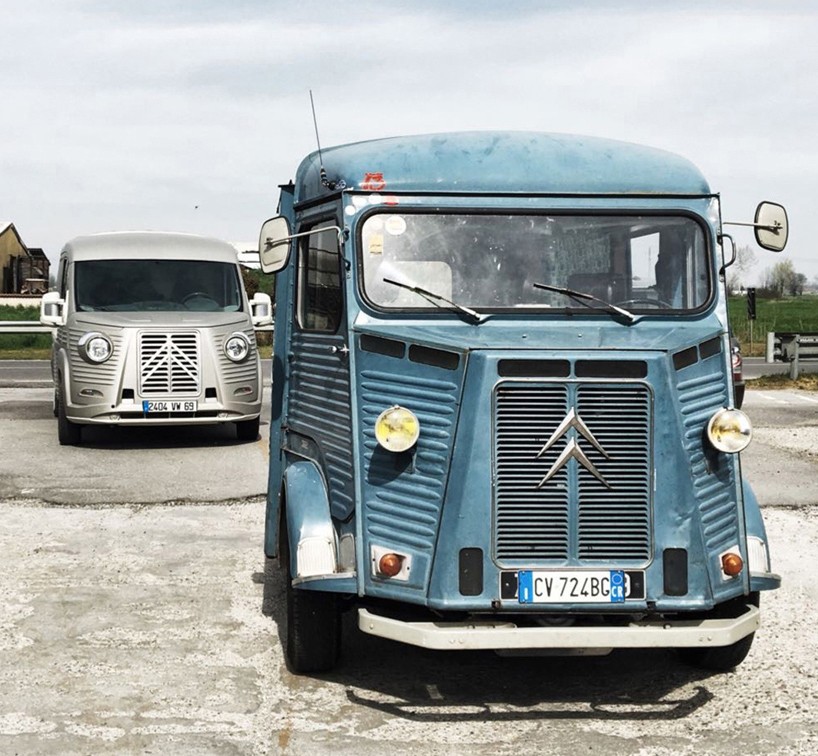 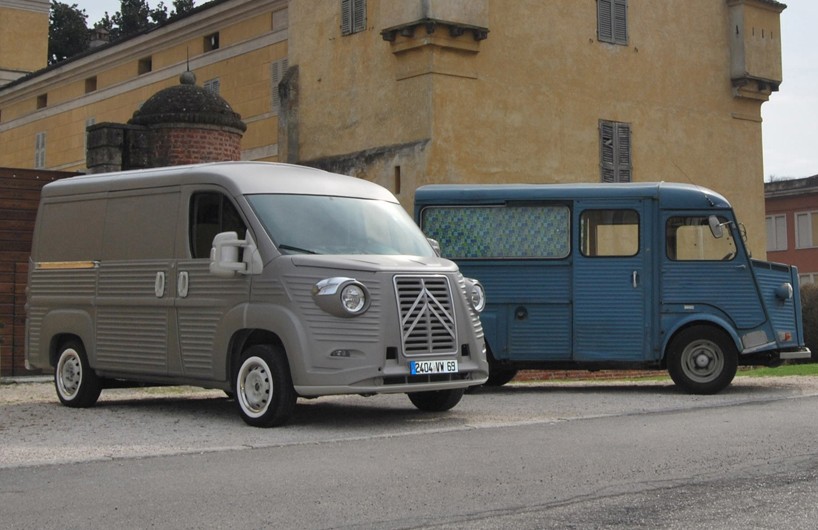 the prototype in beige-grey alongside the HY model 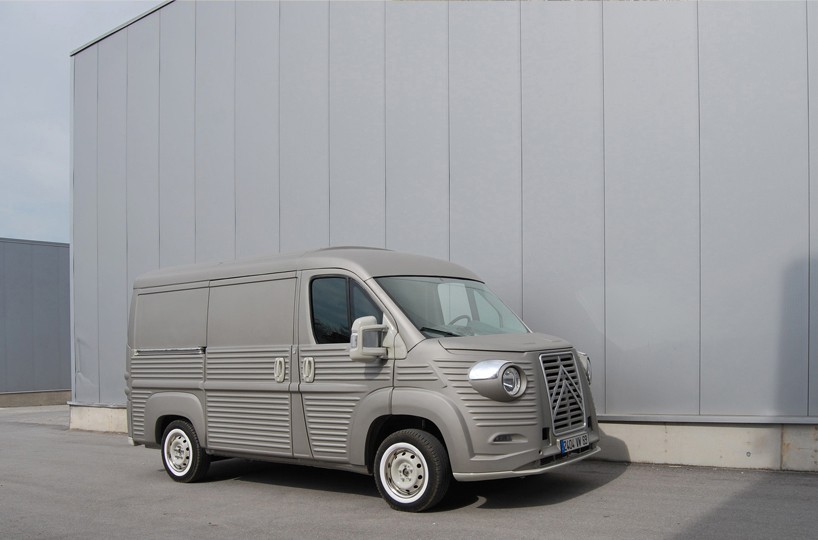 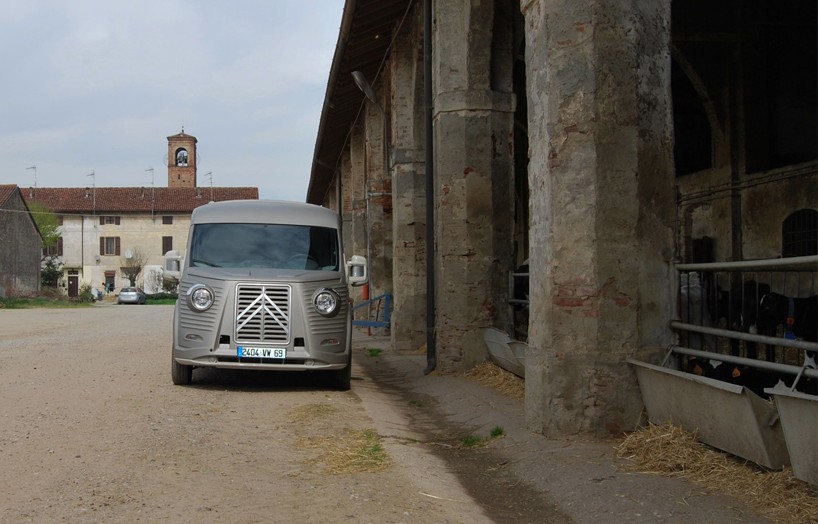 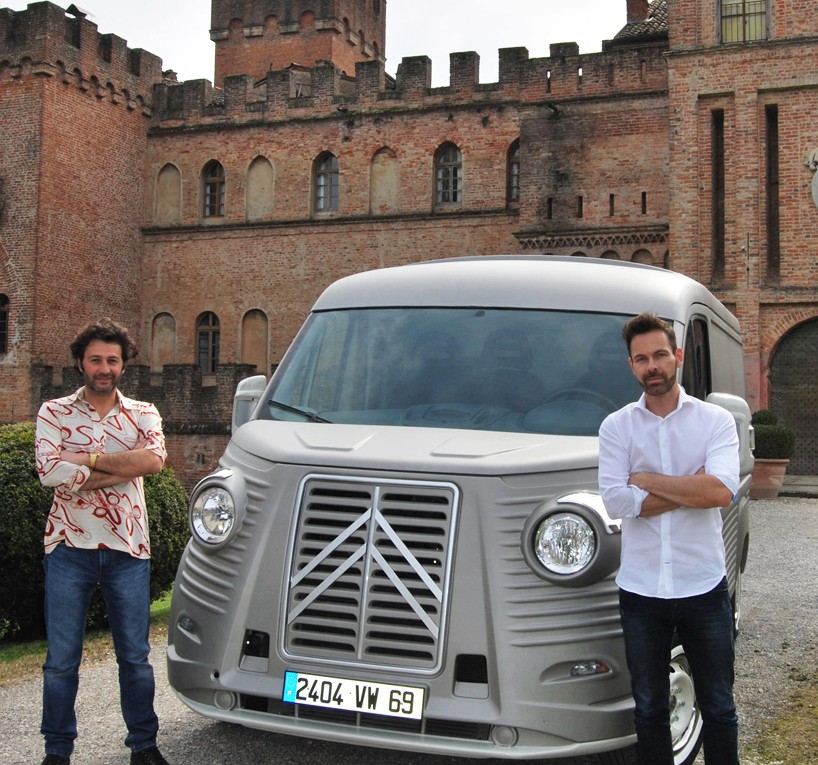 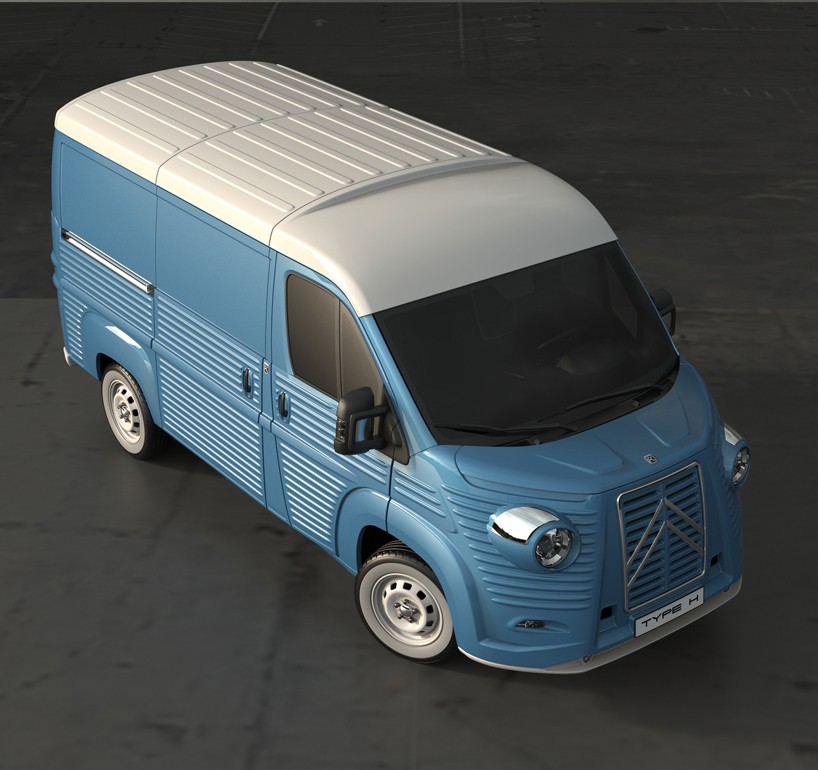 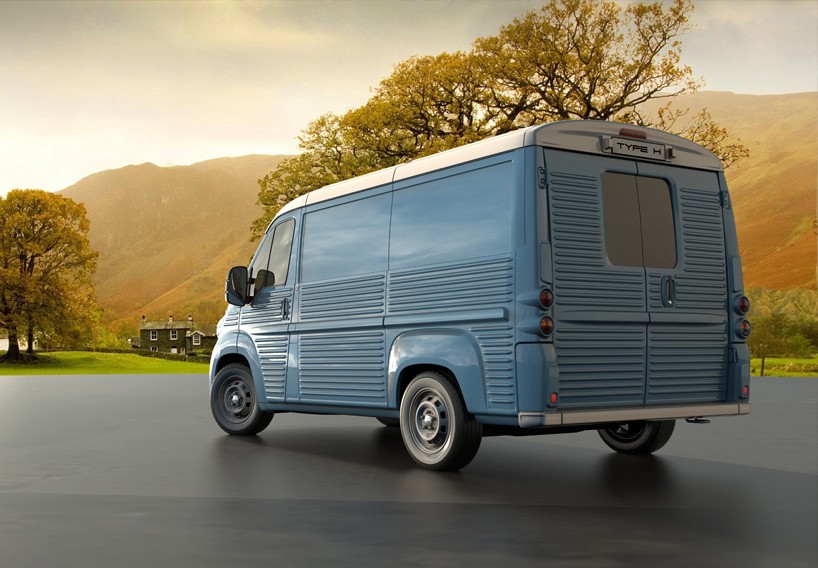 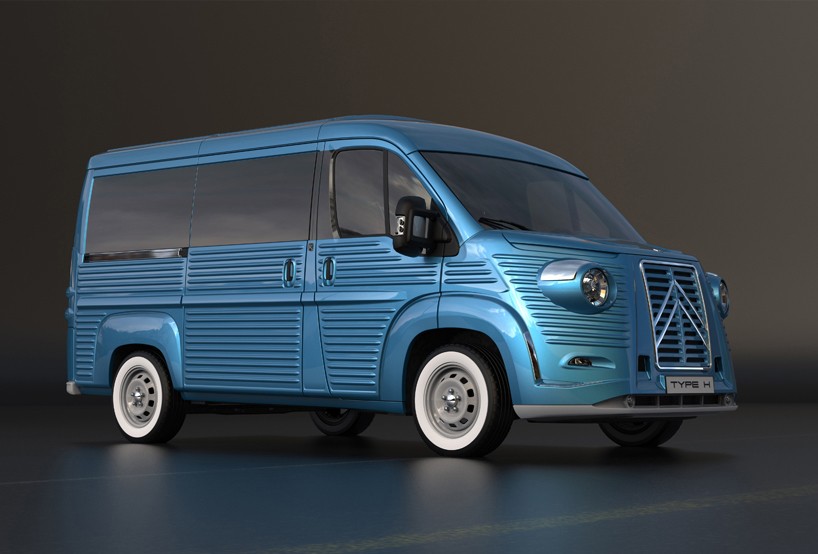 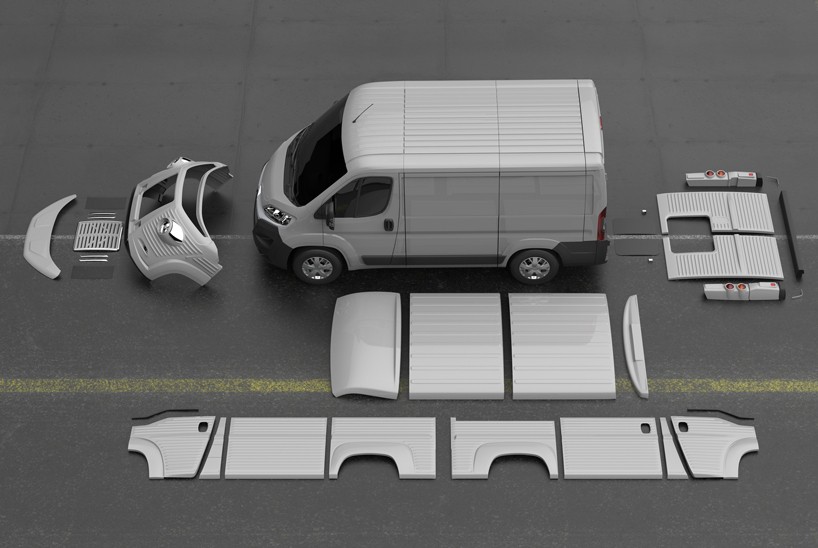 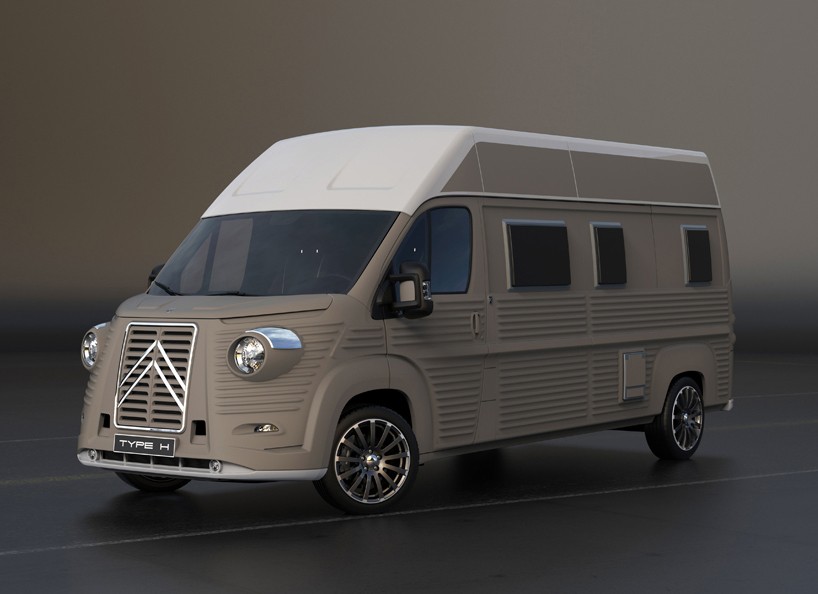 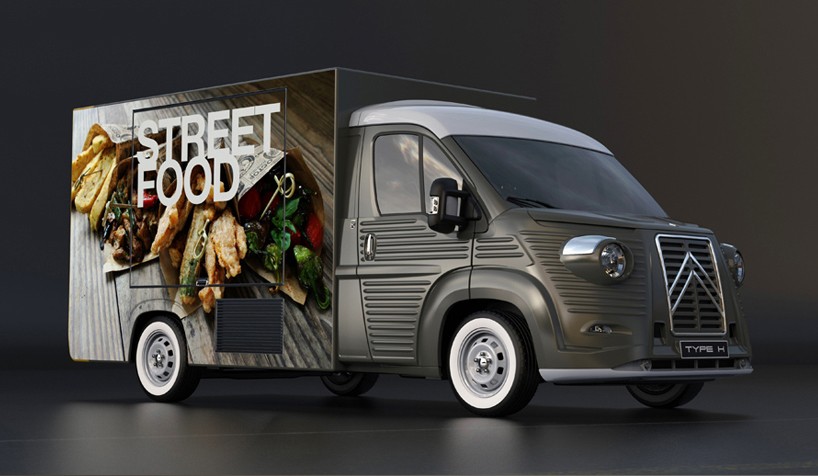 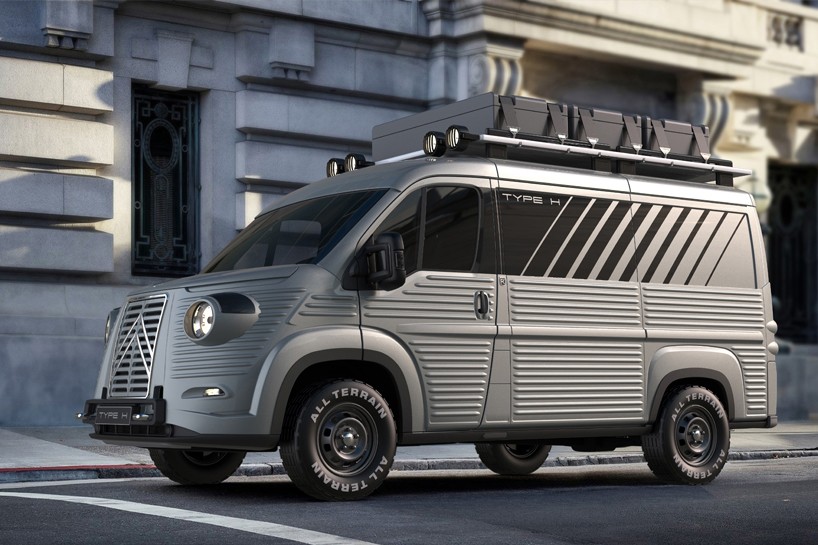 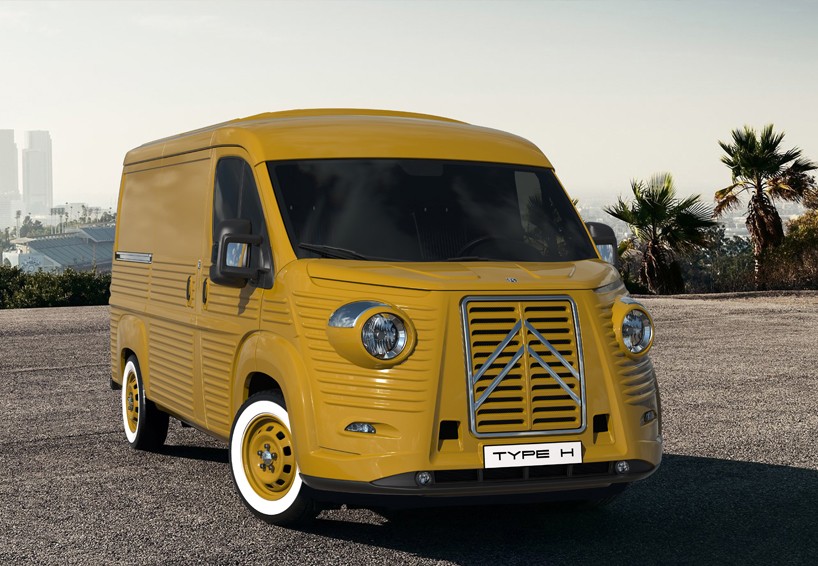 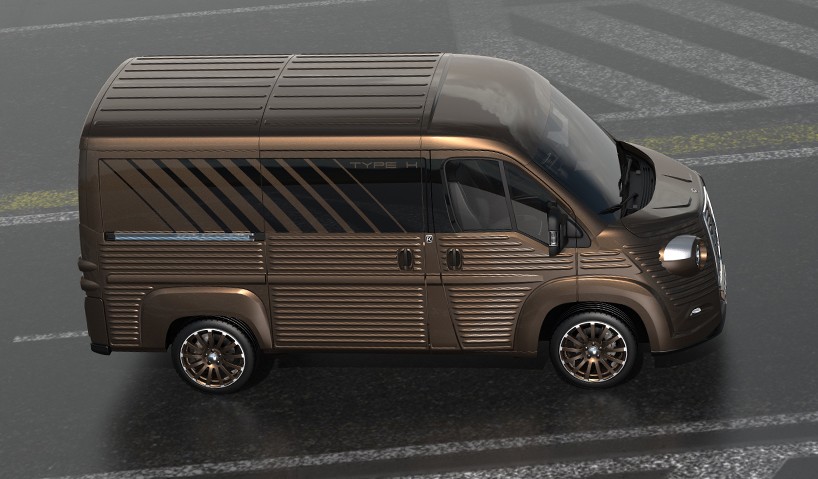 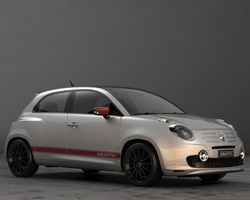