new zealand-based aerospace company dawn aerospace has unveiled the dawn MK-II aurora, a suborbital spaceplane as part of a series of test vehicles that will one day launch satellites into space. it is the second rocket-powered aircraft — or spaceplane — produced by the company and it is capable of flights to above 100km altitude, the border to space, before returning to land at an airport. upon landing, it can be refilled and flown again within hours. it will be the first vehicle to ever be capable of such a feat multiple times per day.

the dawn MK-II aurora by dawn aerospace has been created to access space in a whole new way. taking off and landing from normal airports, alongside normal aircrafts, this vehicle merges the world of rockets and aviation. the spaceplane has been built to demonstrate the company’s core technology for daily access to space. it has a modest payload capacity, enough to bring scientific experiments to space, but too little for an orbital second stage. 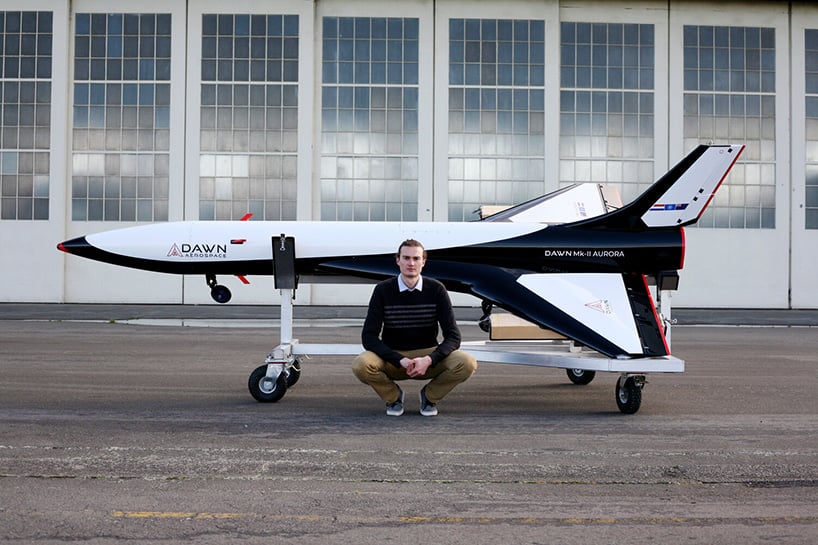 ‘the aurora represents a massive step forward in space transportation,’ comments stefan powell, chief technology officer of dawn aerospace. ‘using the same vehicle hundreds or even thousands of times means we don’t need a factory to produce rockets. we can operate a fleet of vehicles to access space daily. and we don’t have to pollute the ocean with rocket debris as we do it.’

current rockets have to fly out of special launch sites and secure, exclusive airspace. this means they have to shut down busy travel routes, such as around cape canaveral in florida, or travel to far-flung places where air and sea traffic is low. dawn aerospace will fly its spaceplanes from existing airports under aircraft laws. they are working closely with the NZ space agency (NZSA) and civil aviation authority (CAA) to make that happen. 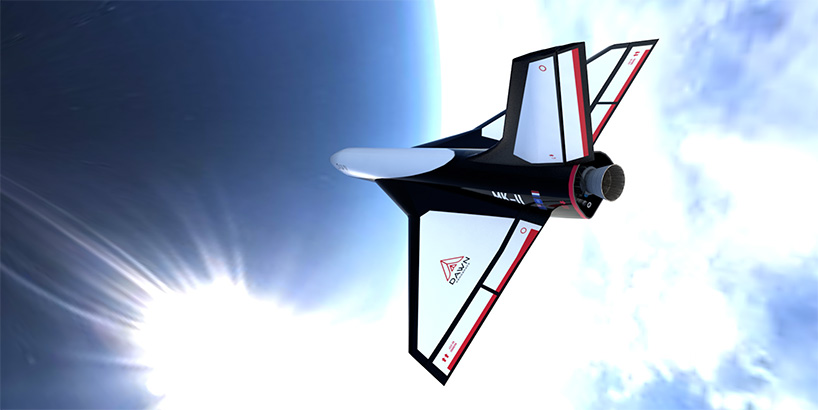 ‘the challenge of getting to space is equal parts the vehicle, the launch infrastructure and the regulations,’ says james powell, general manager and CFO. ‘building a cheaper rocket, as many are trying to do, only helps with the first part. dawn’s spaceplane addresses all three factors. the CAA and NZSA have established the best regulatory system in the world, which makes this possible. we are privileged to be working with them.’