deepflight, was founded in 1996 by ocean engineer graham hawkes. together with a group of seasoned designers and engineers, they’ve developed a fundamentally new type of personal submarining that is a combination submersible and high-performance aircraft called ‘dragon’. 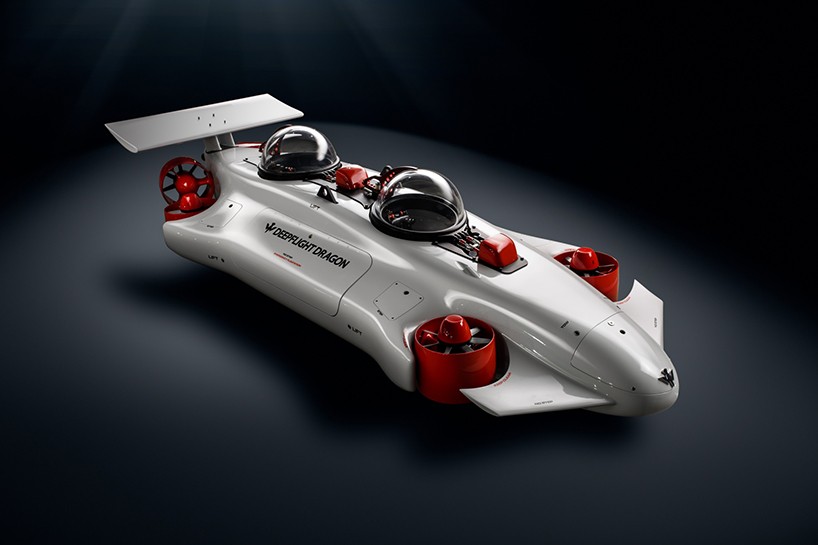 it offers the freedom to chart flexible explorations

the ‘dragon’ has a fixed positive buoyancy, meaning that it will always naturally float back to the surface. it offers a proprietary technology that monitors and manages critical functions, allowing users to pilot the submarine with minimal training and provides the ability to set the depth limit on any particular dive. 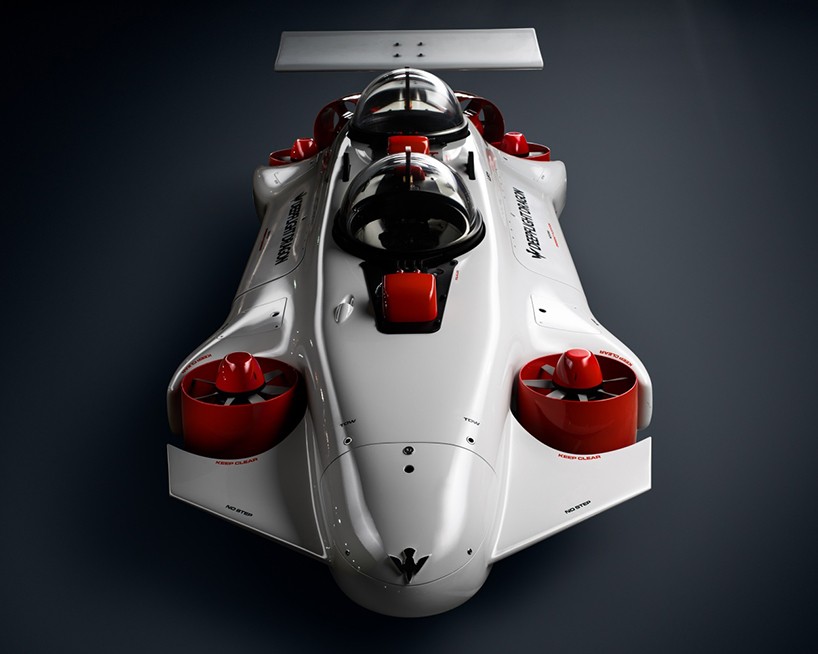 the deepflight ‘dragon’ enables complete freedom to cruise alongside deep coral reefs and hover over ancient shipwrecks. four electric thrusters and an underwater lithium battery pack can operate for up to six hours between charges. at 1800 kilograms and only five meters in length, it is able to fit on most yachts, with little to no retrofit required. 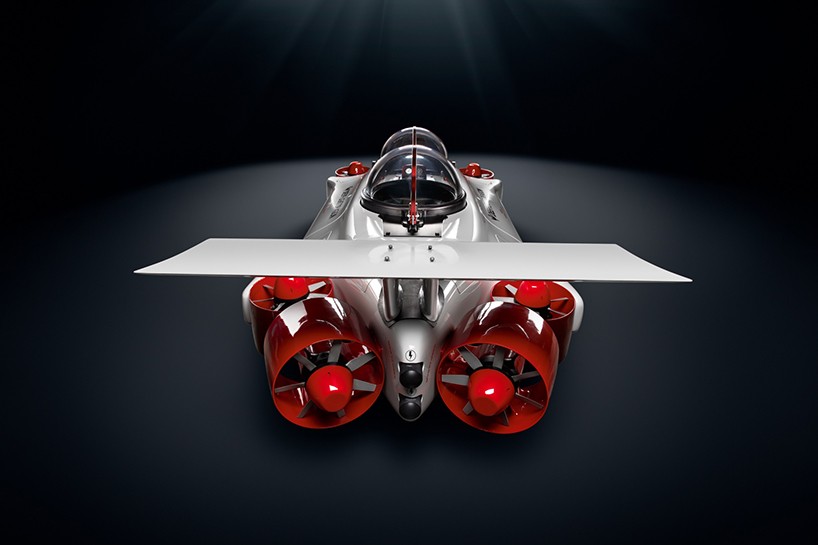 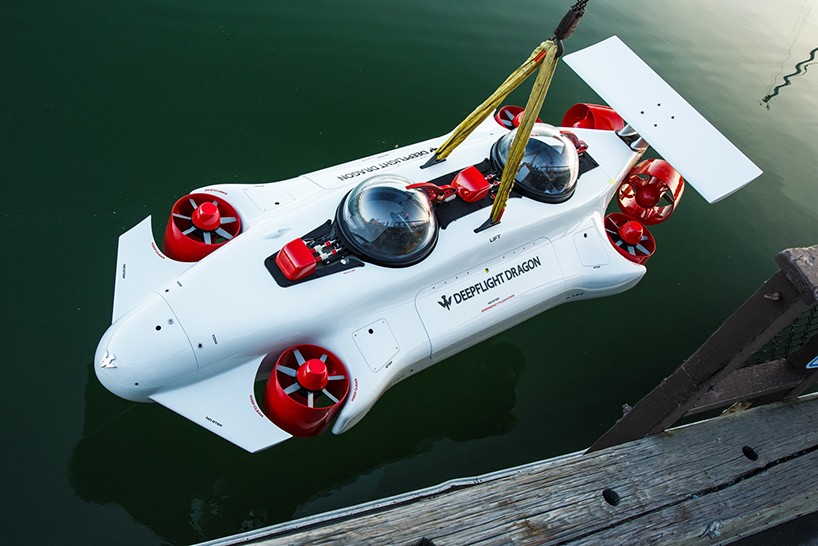 the ‘dragon’ being dropped into the water 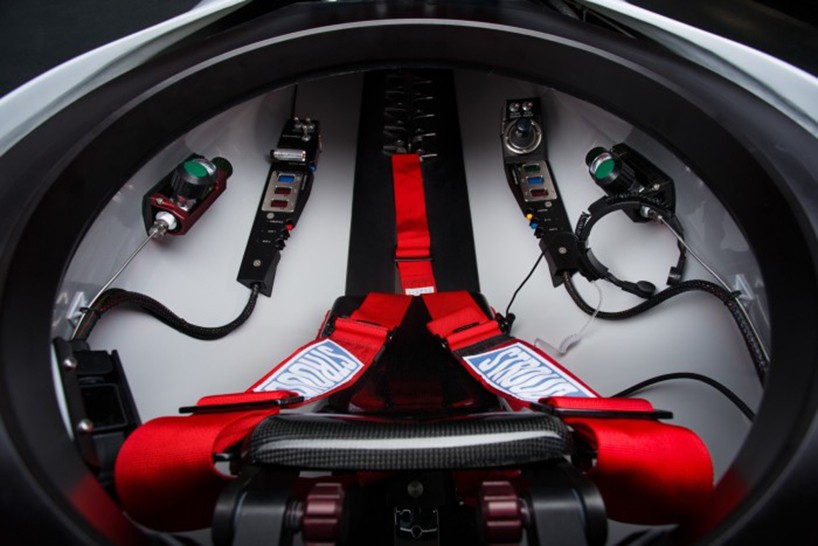 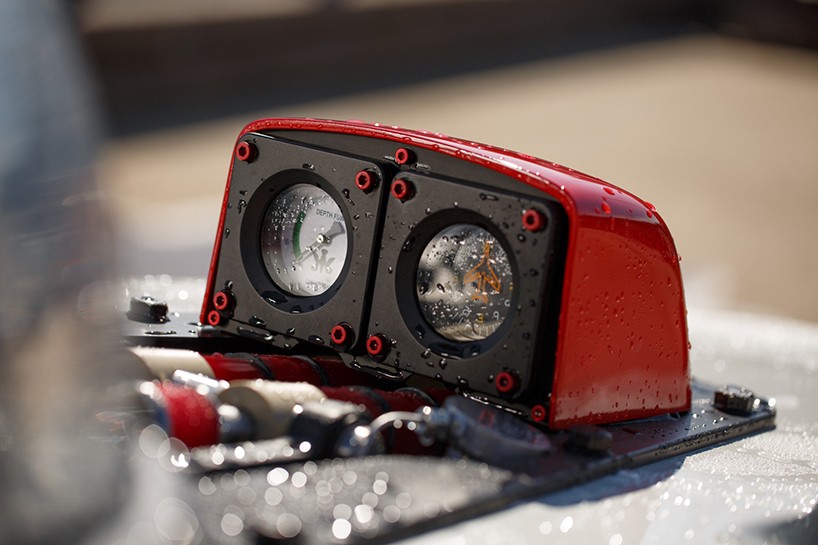 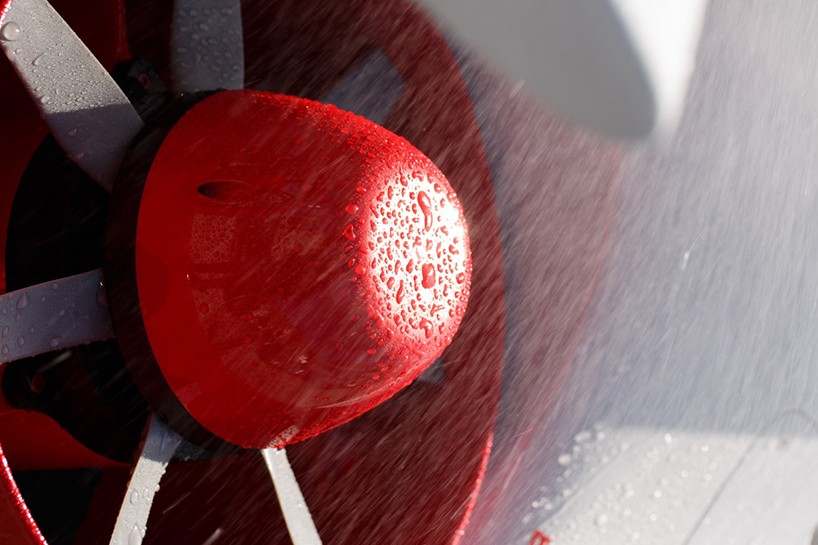 the thrusters offer both vertical and horizontal movement 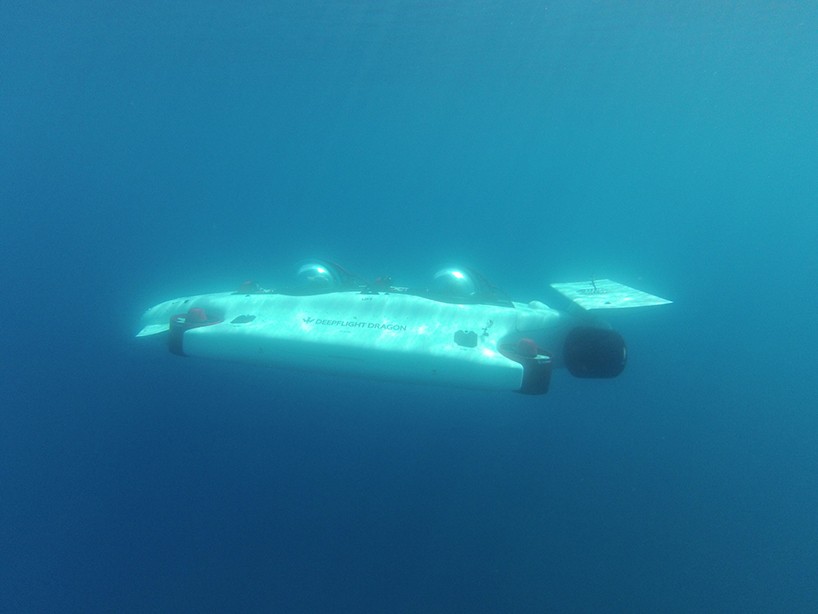 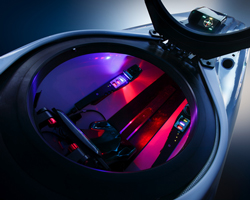