an undergraduate at new jersey institute of technology creates his own plastic braces using a 3D printer and $60 worth of materials — and they actually worked. last year amos dudley had a realization – he wasn’t smiling, and it was because he was unhappy with his teeth. being a student, he didn’t want to splash thousands of dollars on a whole new set of braces, so the designer decided to make his own. 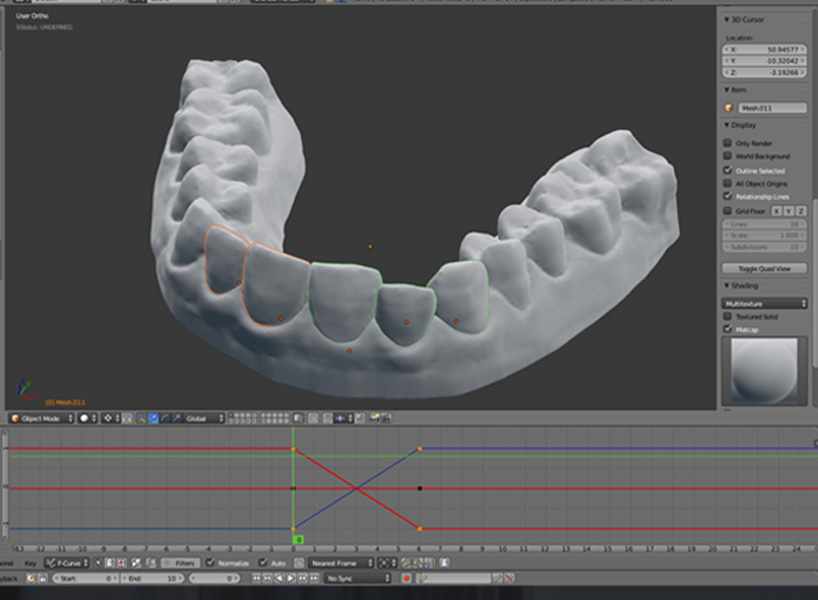 on his blog, dudley amos writes about the dichotomy he faced at the time: he was broke, but had access to a high-quality 3D printer through his university. he asked himself, ‘what is to stop someone, who has access to a 3D printer, from making their own orthodontic aligners?’. he decided to research orthodontic procedures and plot the route of his successive braces, so his teeth would gradually fix themselves back to a straight position. on completion, all it took was fabricating a series of model iterations out of relatively inexpensive plastic, and then wearing them. it was all worthwhile for dudley, whose smile could now make even his dentist proud. 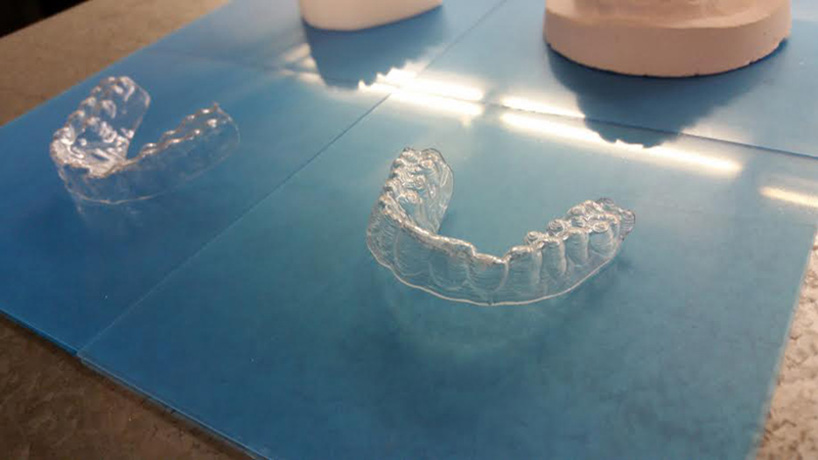 first dudley took a mold of his teeth with traditional alginate powder, thanks to the level of precision and detail it could achieve. making his casting was simple, ‘I put the mold upside down in a yogurt container, and then filled it with liquid permastone’ amos writes. he continues, ‘when it came out, i simply broke off the top to reveal the casting, and used a razor blade to smooth out the surrounding area.’ 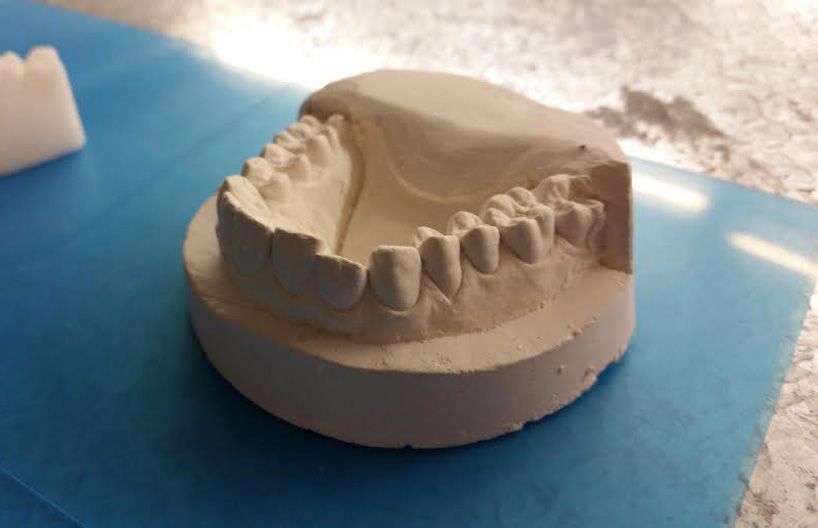 laser scanning was a painless process for him, ‘the dimensions of the scan seemed to correspond very closely to the dimensions I measured on the physical model with calipers.’ creating an animation that showed the path his teeth would take through the different stages of his braces, was also relatively easy. after the final prints of his braces came out with a cover from a vacuum-form machine, dudley sanded down the edges for a smooth finish, and to avoid gum irritation. 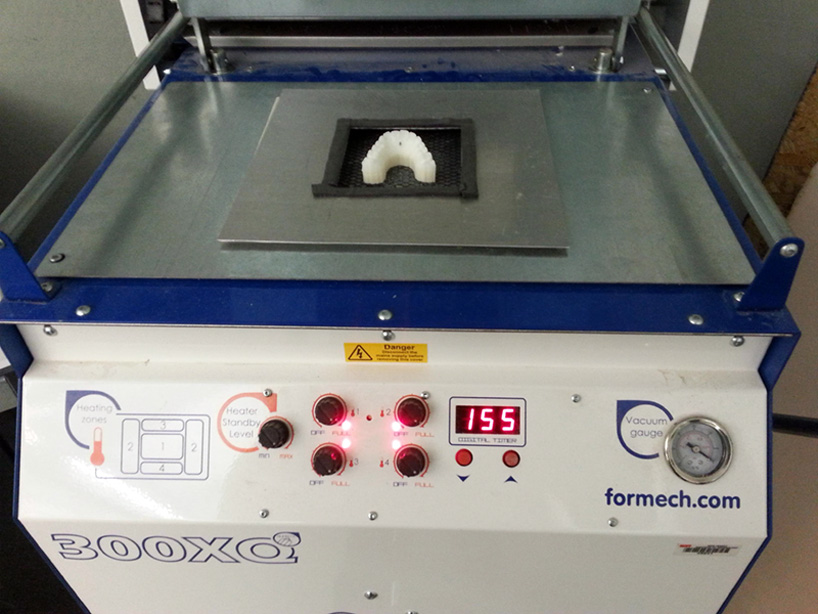 and for those who are curious about whether or not they actually worked, here is his classic dentist before / after shot taken just four months apart. 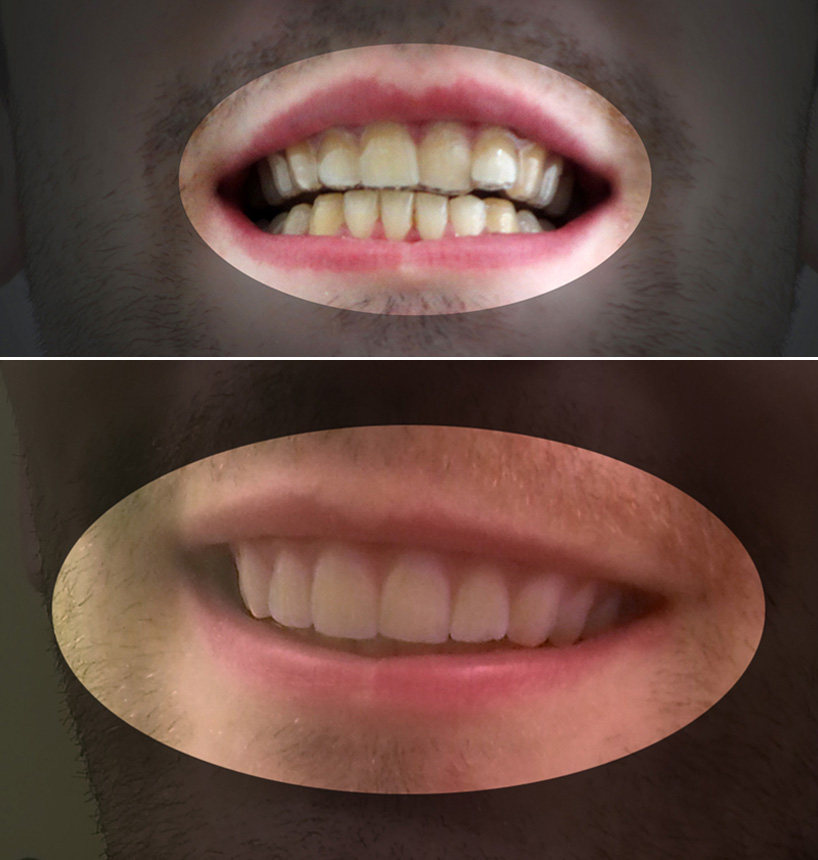 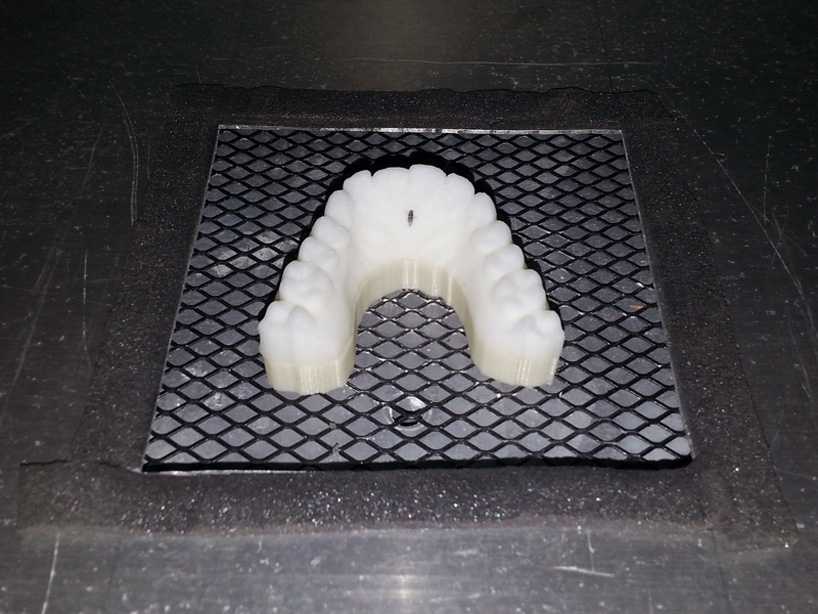 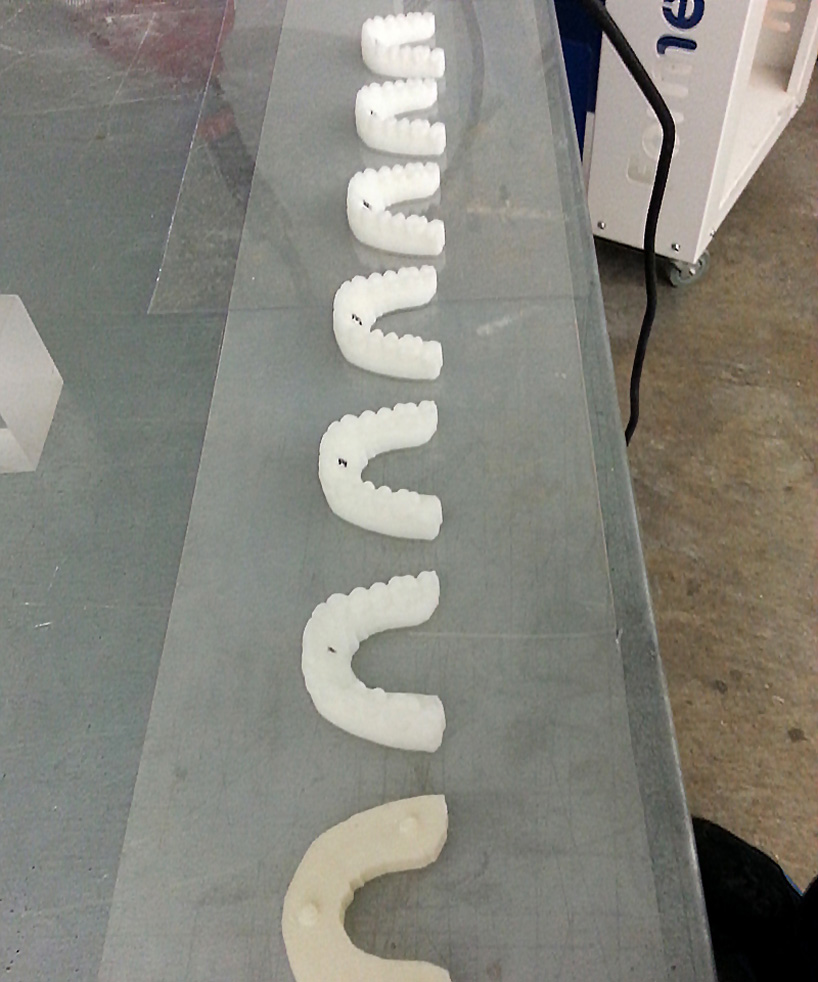