with a flagship studio/ workshop in canggu, bali, the ‘sea sider’ custom bike by deus ex-machina is the lovechild of the brand’s passion for spectacular bikes and the location’s reputation for surfing. although deus are certainly not strangers to the surf-commuter concept, as a reflection of the new and smooth paved roads that have been build around the canggu area their latest island rider takes on more of a ‘bicycle’ type build, swapping off-road functionality for increased agility. the sea sider bike started out life as a humble honda c70 super cub from the seventies, though deus have added in the engling from a 1995 honda astra and dropped it into the nimble frame to give it an extra boost. 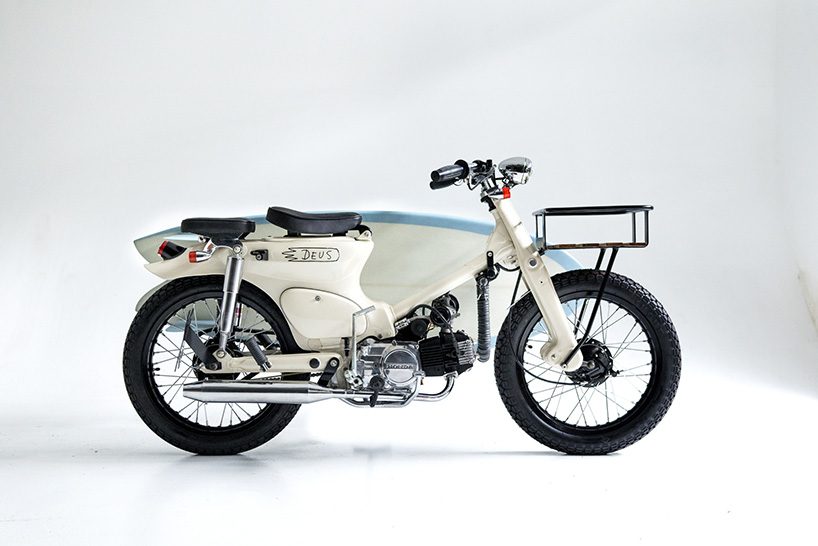 to add to the bicycle-esque feel of the ride, deus sourced a few vintage bicycle pieces from a neighboring island, such as the handlebars and the front light. after being restored, the statement pieces were added onto the island ride, along with a front basket welded from a custom metal frame and adorned with treated wooden stats for an island-style, nostalgic vibe. 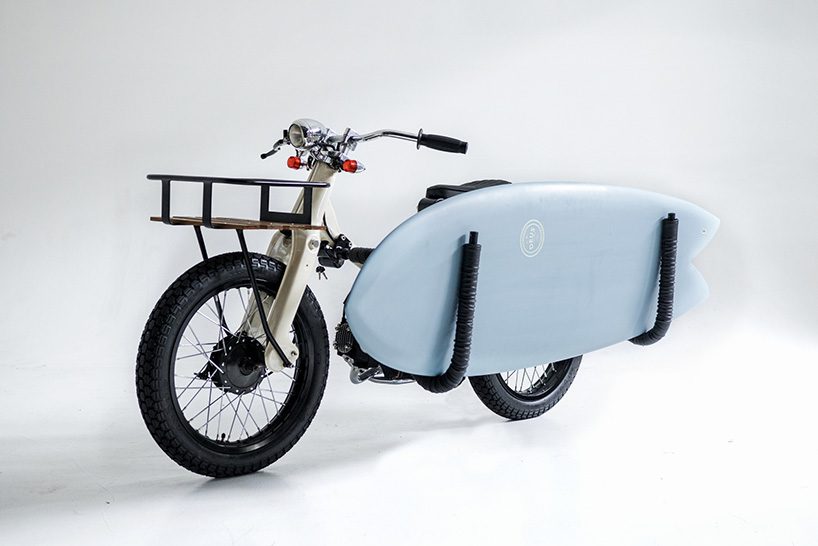 the surf-cruiser is no new challenge to deus

to keep the weight down and make sure the ride stayed as nimble as possible, deus stripped the bike frame of any unnecessary parts, and sourced lightweight rims from japan. both the exhaust and surf racks were hand made, and a leather seat–hand sewn at a local leather shop in bali–continues the tropical feel. the vintage bicycle handlebars als sport some small switches from japan. the sea sider bike is now on display at the tempe of enthusiasm–deus’ flagship studio in bali. 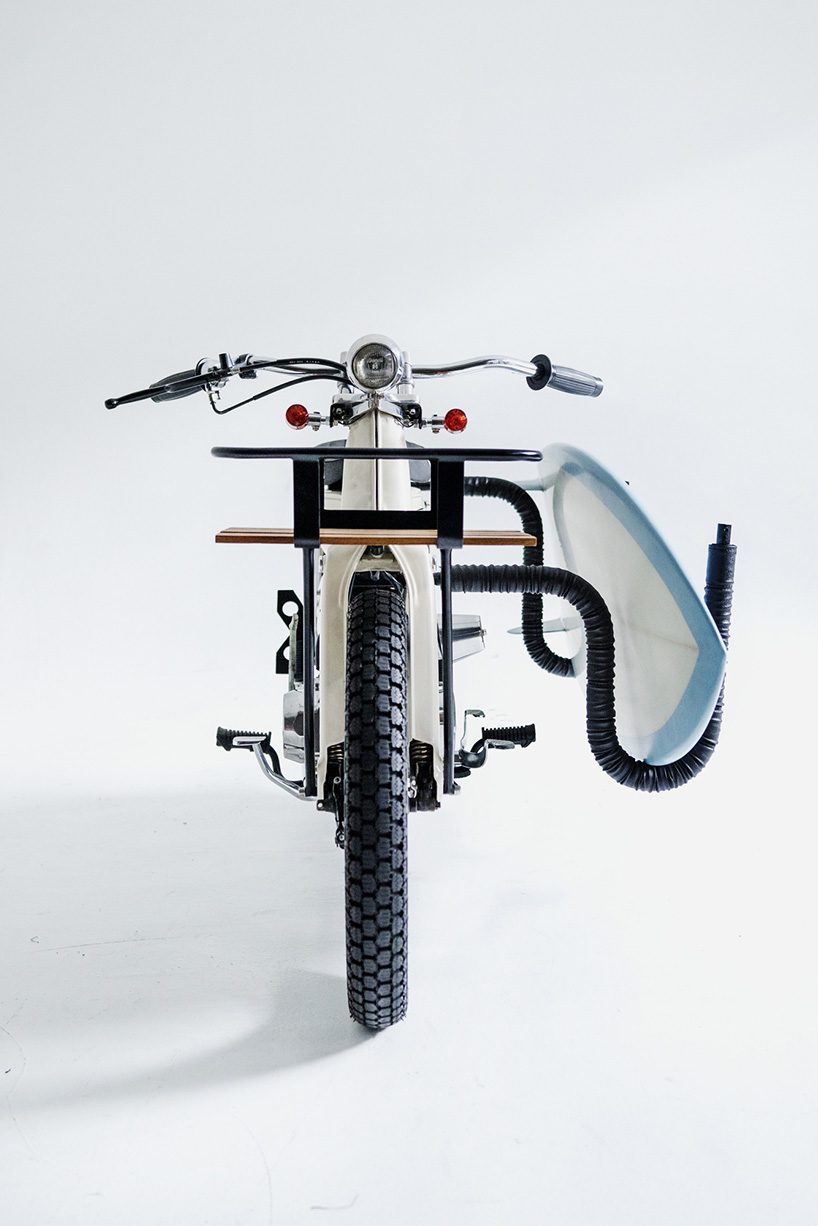 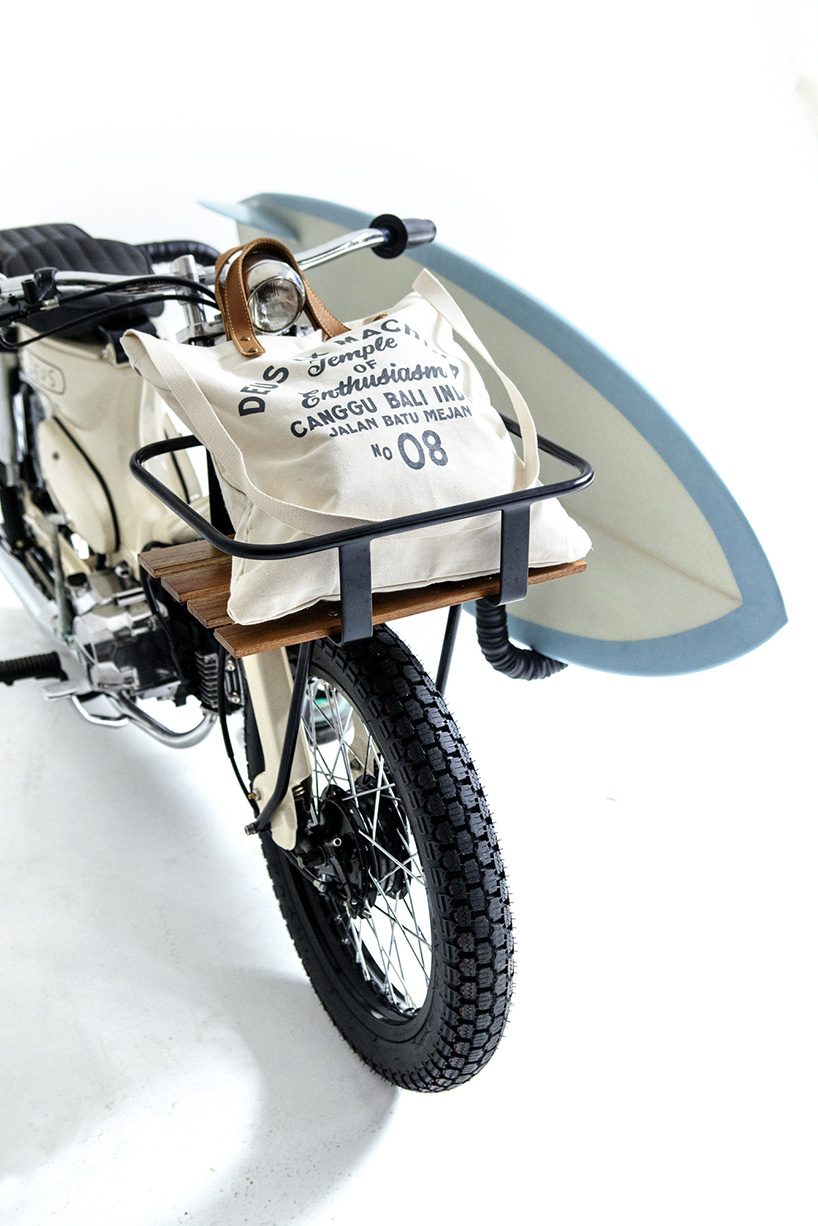 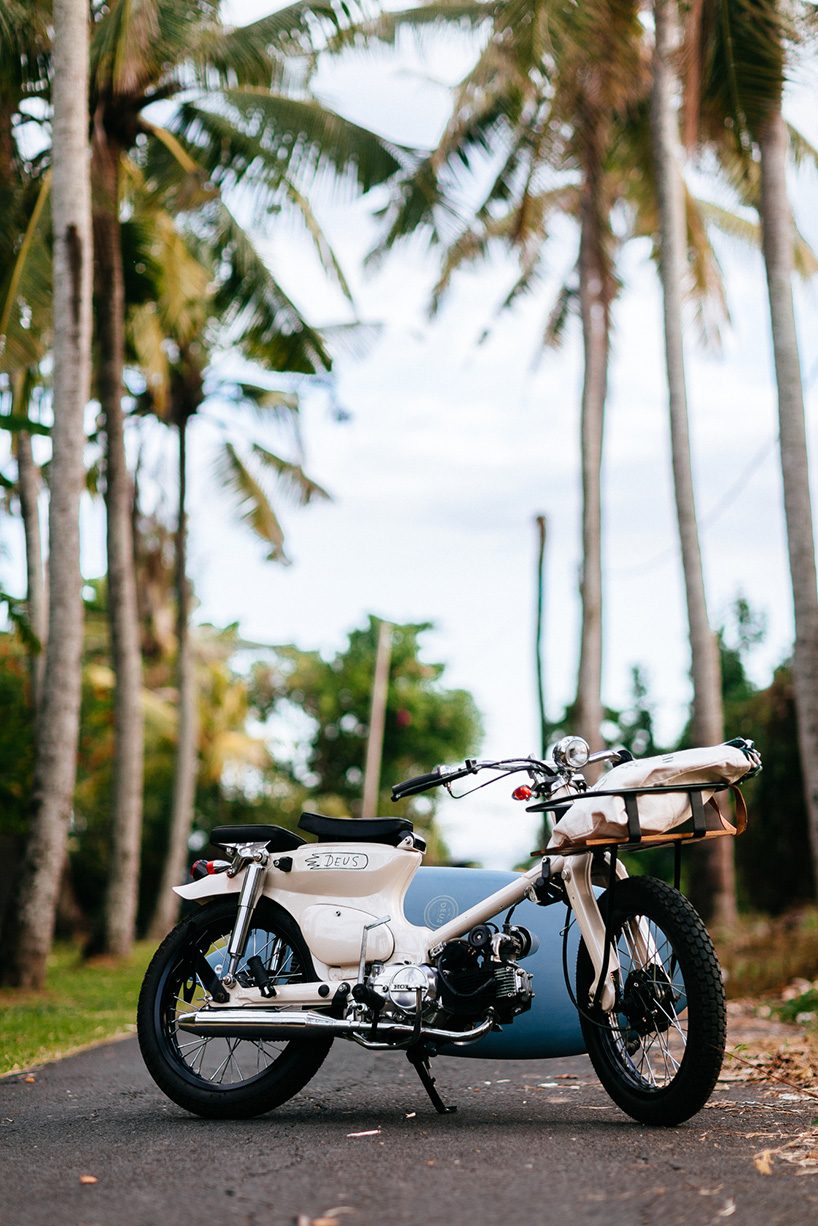 the bike started out life as a honda C70 super cub 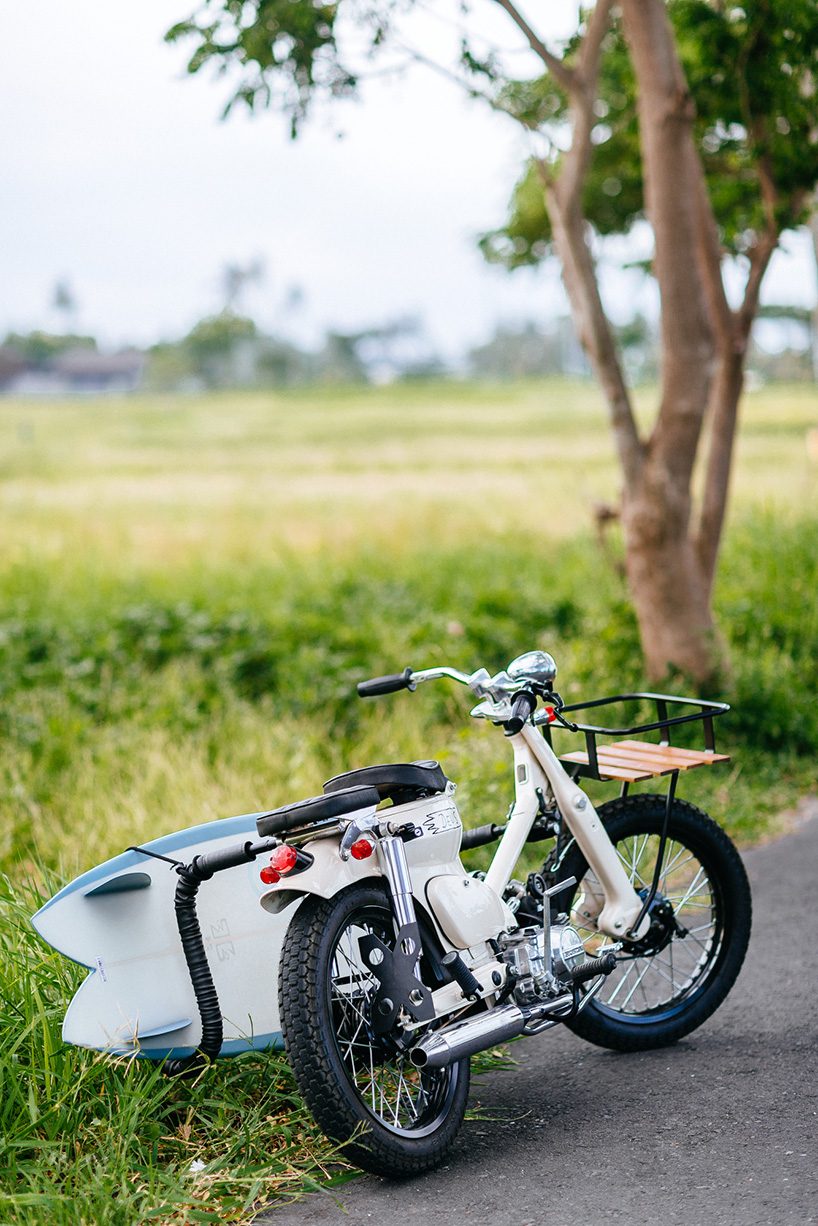 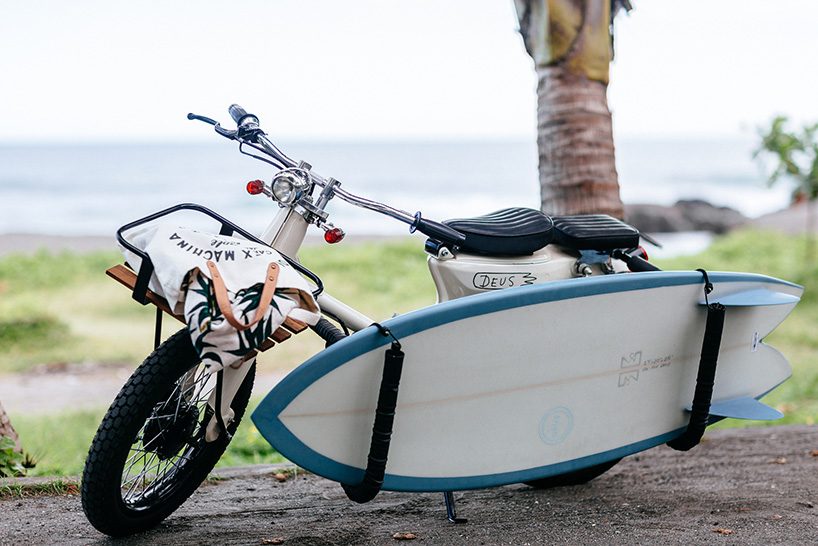 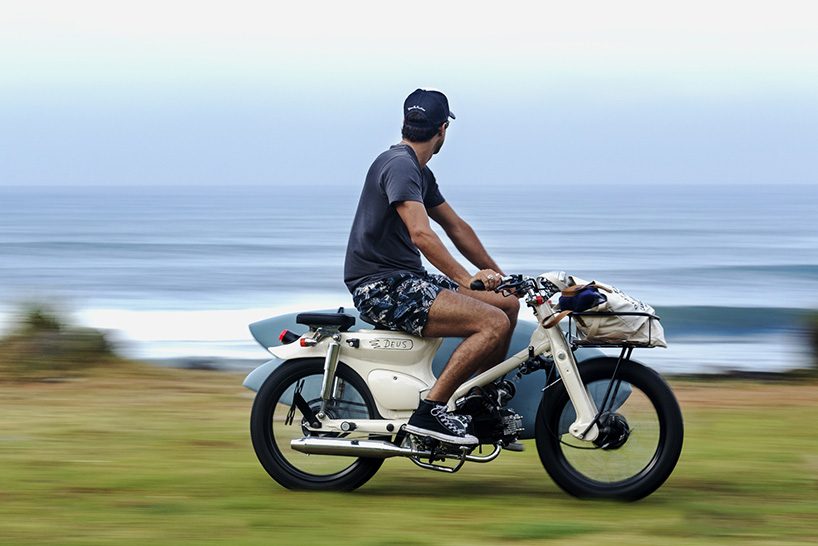 the bike has been build at deus’ flagship store in bali 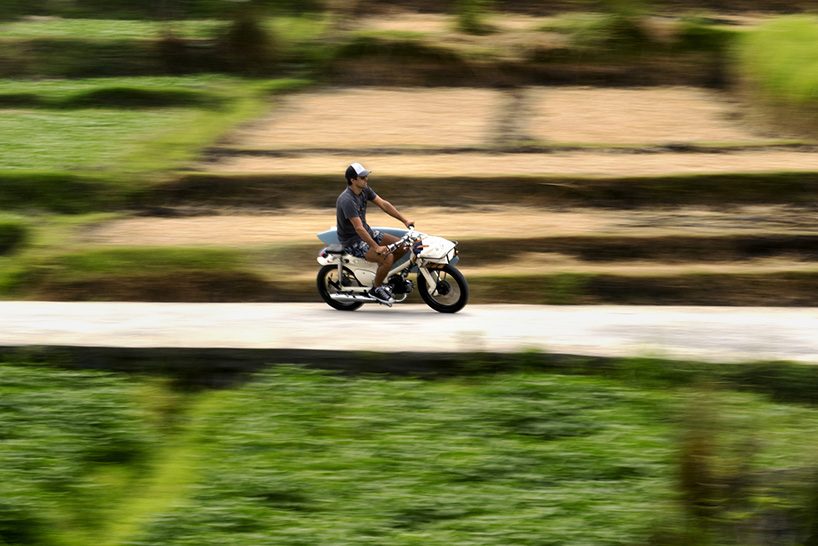 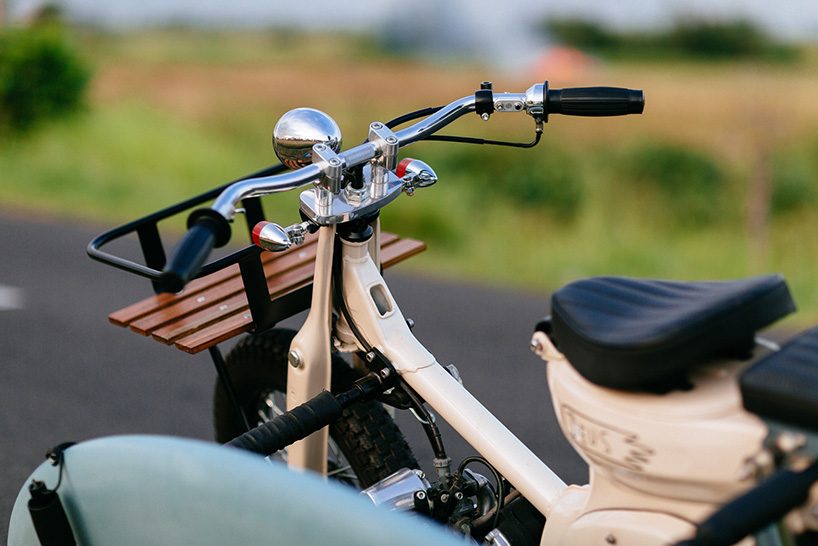 the vintage bicycle handlebars have been sourced from a nearby island 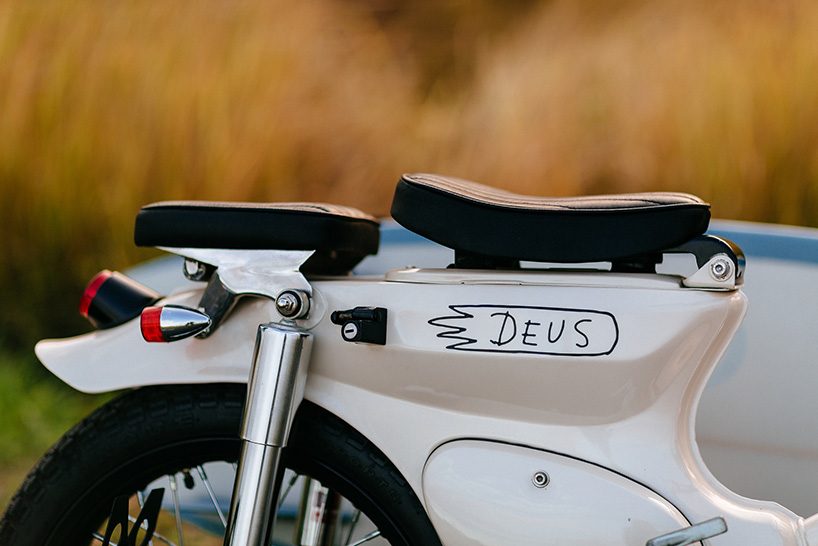 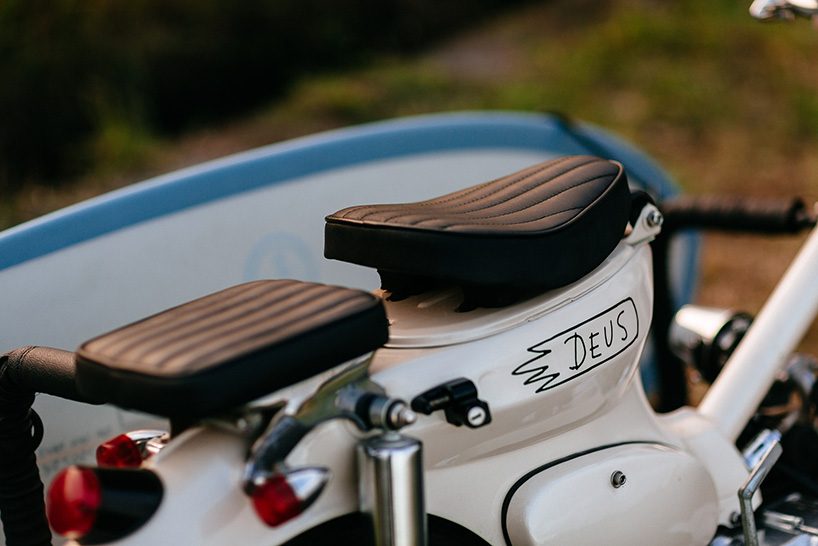 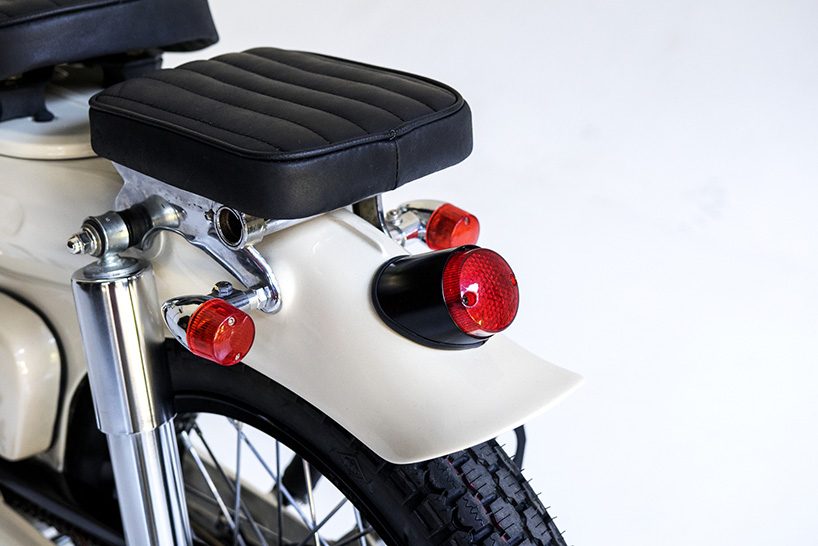 the rear lights are taken from a vintage bicycle 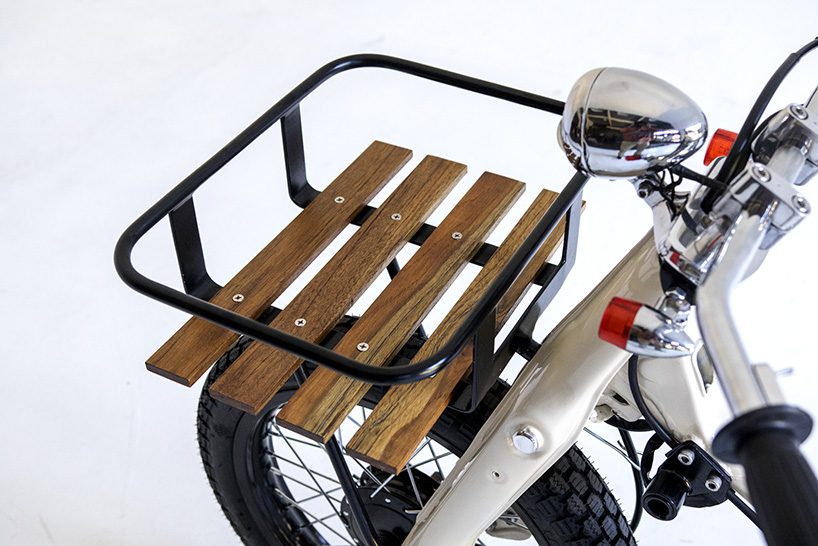 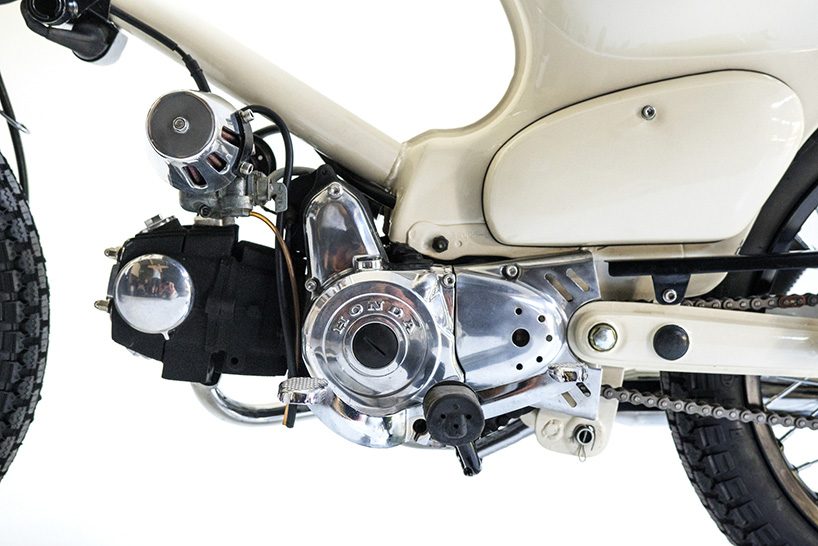 the engline has been taken from a 1995 honda astra 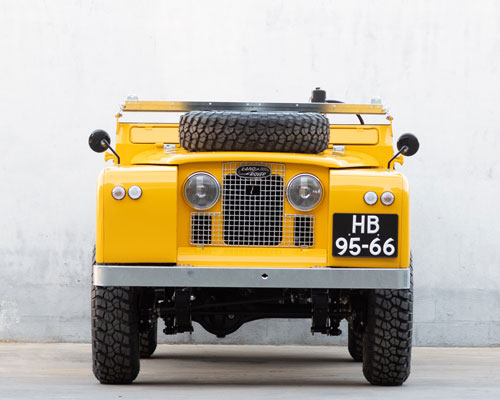 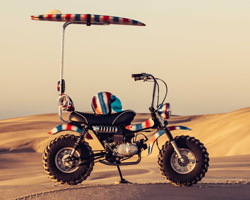 May 06, 2019
the goof bike is a fun-sized surf sled that gets you to and from the beach 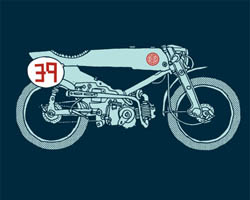 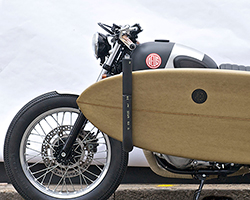 Sep 30, 2015
the red pill by deus ex-machina straps a surfboard to its signature style