in the fight against microplastics, a group of emerging designers has turned their attention to tyres. the team – known as the tyre collective – has created a small device to collect the tiny particles that come off your wheels as you drive. with UK experts emission analytics calculating tyre wear pollution to be 1000 times more harmful than car exhaust fumes, this project aims to capture the problem at the source, ensuring cleaner air and safeguarding our health and environment. 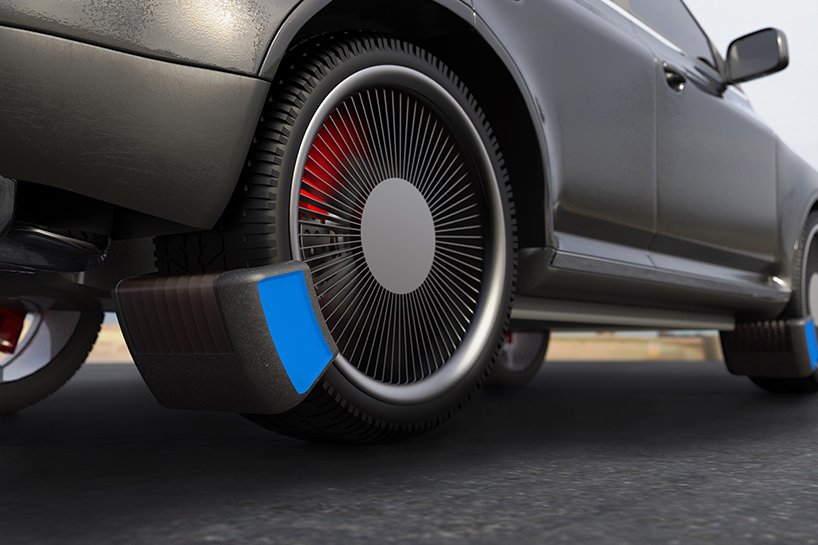 visual of the device on a vehicle

all images courtesy of the tyre collective

as we move towards an electric future, tailpipe emissions will reduce but tyre wear is projected to increase due to the added battery weight. the future of vehicle pollution will not come from the exhaust, but from tyres. today, half a million tons of tyre particles are produced annually in europe alone, from vehicles accelerating, braking and cornering. these particles are small enough to become airborne and have adverse health effects on our lungs. they account for up to 50% of pm2.5 pollution from road transport and 10% of all pm2.5 by 2030. more are swept into waterways and oceans, eventually entering the food chain. 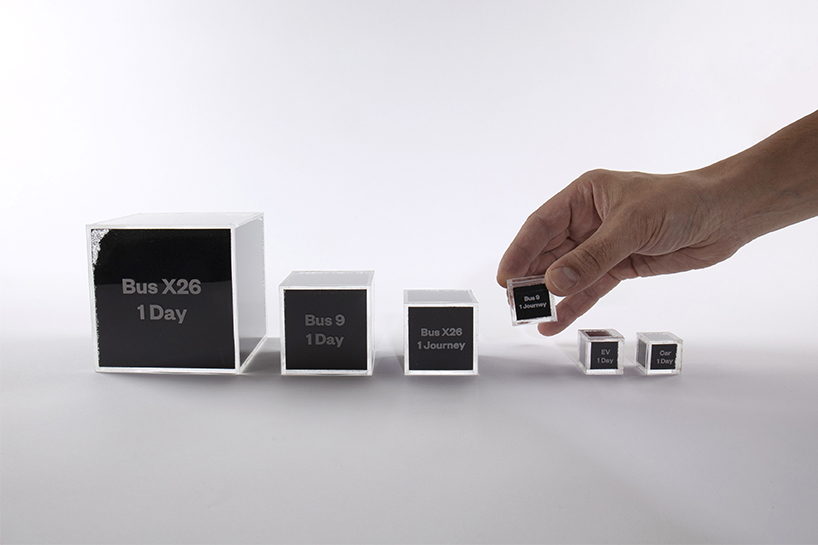 the amount of tyre wear produced by london buses, EVs, and cars – the no. 9 london bus on average releases 4.65g per journey and a total of 65g a day

the designers discovered these particles are charged from friction as they fly off tyres. their patent-pending technology uses electrostatics to capture tyre wear right at the wheel. the device is positioned close to where the tyre touches the road, taking advantage of various air flows around a spinning wheel. 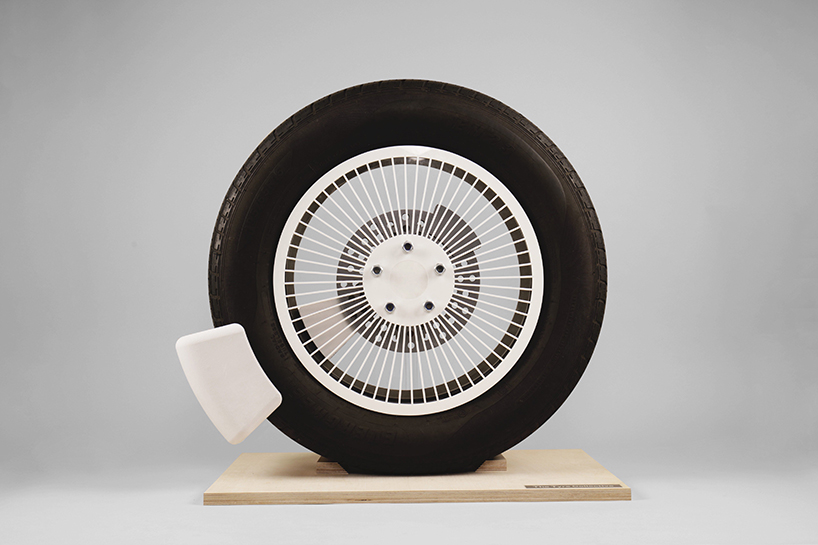 the device captures tyre wear at the source

captured particulates are gathered in a removable storage unit. once collected, these fragments are processed and can be reused, creating a closed-loop system. particles under 50 microns are small enough to be reused in new tyre production. other creative applications include 3D printing, soundproofing, and inks and dyes. this solution presented by the tyre collective is a result of collaboration with experts from aerodynamics, material science and chemical engineering, facilitated by design. the device moves beyond a concept but is a tested solution backed by research and driven by a service model. 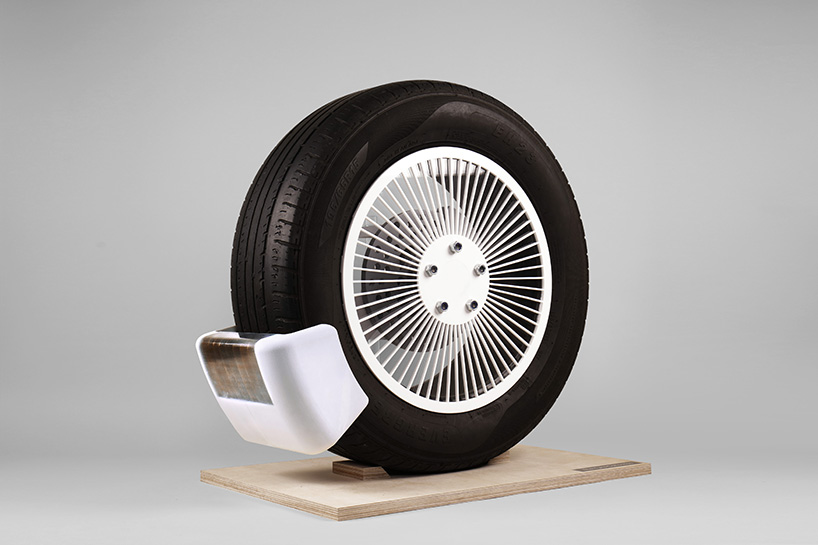 attached to the steering knuckle, the device uses electrostatics to collect charged particles flying off the tyre

in july 2019, the department for transport and the UK department for environment, food & rural affairs issued a call for action on tyre emissions. the team envision the device becoming a worldwide standard, licensed to all vehicles. as a first step, they have designed a two-fold strategy of awareness and action, where they’re working with local governments to raise awareness on air quality and developing relationships with public transport companies to test and pilot the device. in the fight against pollution, tyres have largely been ignored – until now. 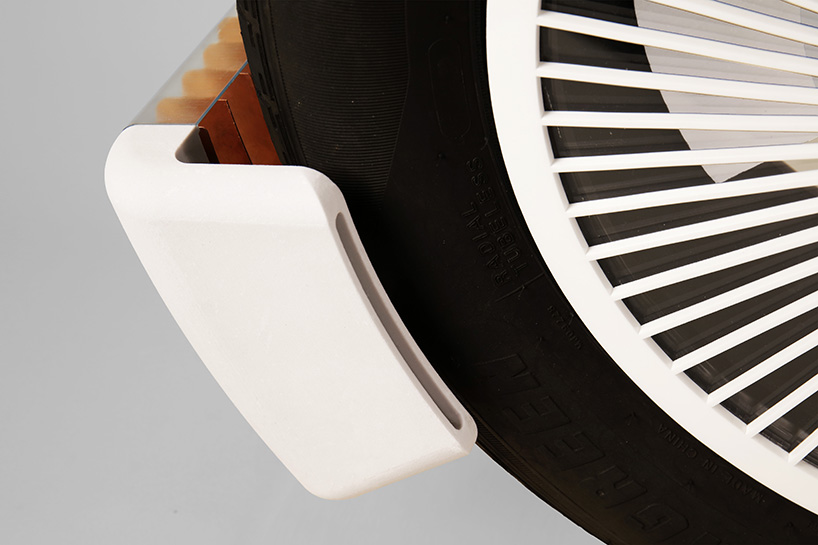 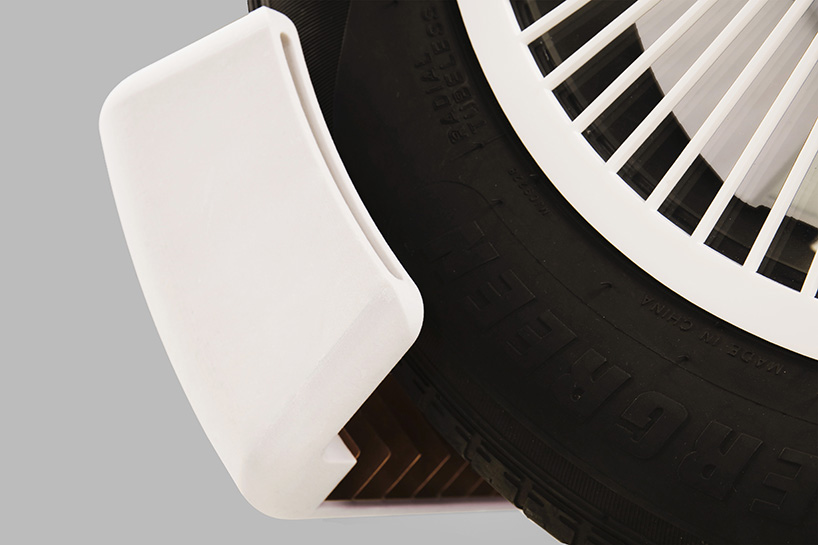 it takes advantage of the various airflows around a spinning wheel 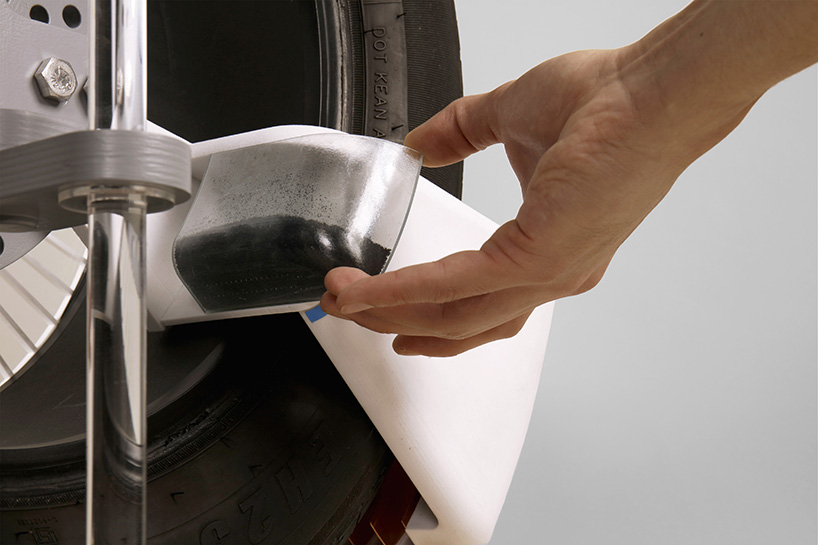 the particulates are gathered in a removable storage unit – once collected, these fragments are processed and can be reused, creating a closed-loop system 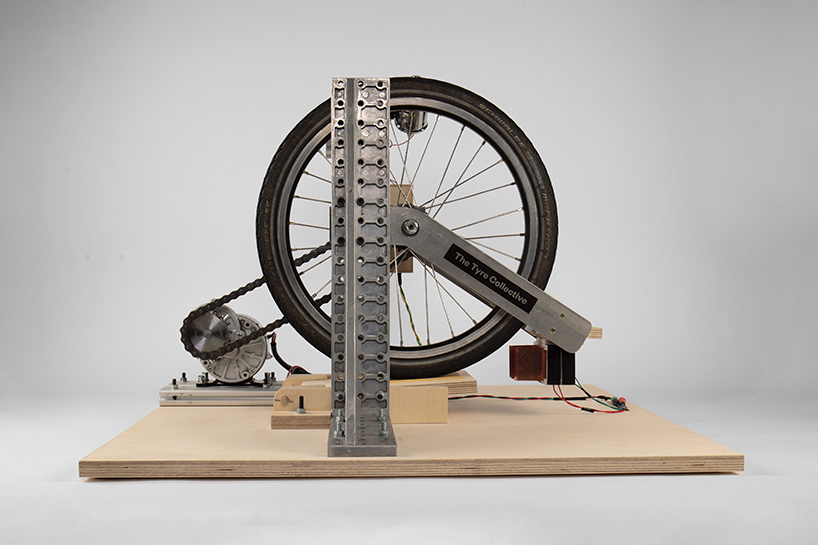 the rig, which mimics a tyre skidding on the road, was built to test the prototypes 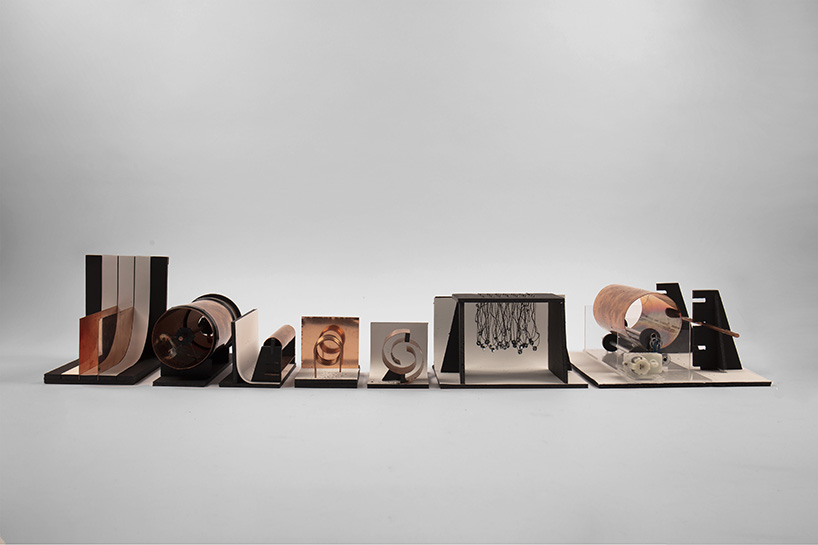 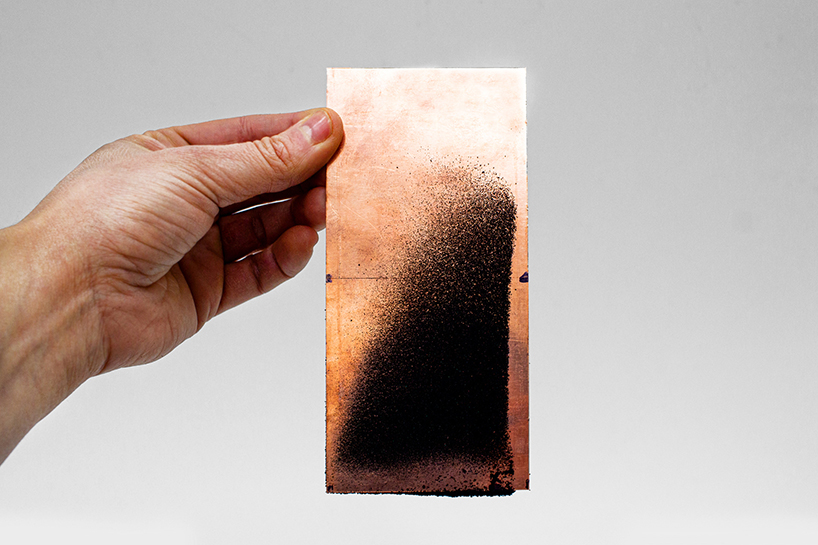 tailpipe emissions are on a decline, while tyre wear is set to increase (source: UK report to the UN convention on long-range transboundary air pollution)