the dexta robotics’ ‘dexmo’ wearable exoskeleton hand captures user’s motion as well as providing forceful feedback to connect the digital and real world. the original development, the ‘classic’, catches 11 degrees of freedom for the hand’s movement and can offer developers an accurate model skeleton with the help of the inverse kinematics algorithms too.

further developments created the ‘dexmo F2’ which has the same functionality as the ‘classic’ but provides digital force feedback that acts similarly to a gear braking system. this means that when the controlled-avatar hits an object, a signal is sent back via a built-in SDK to the ‘dexmo’ exoskeleton’s small actuators that brakes and locks the gadget’s joints. by using inexpensive rotational sensors and injection molded plastic parts, the device’s cost is greatly reduced and is an affordable hardware for robotic developers. 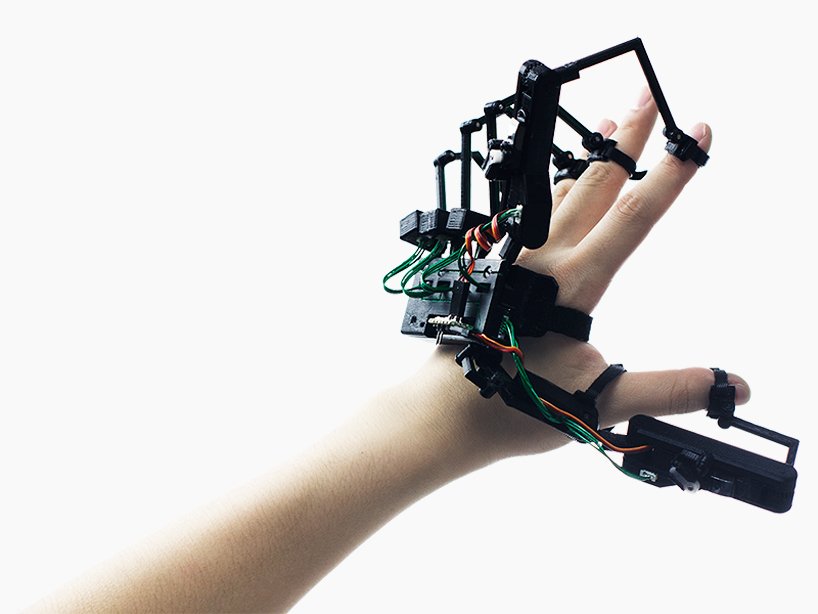 dexta robotics ‘dexmo’ exoskeleton is aiming to fund the development via its kickstart campaign. 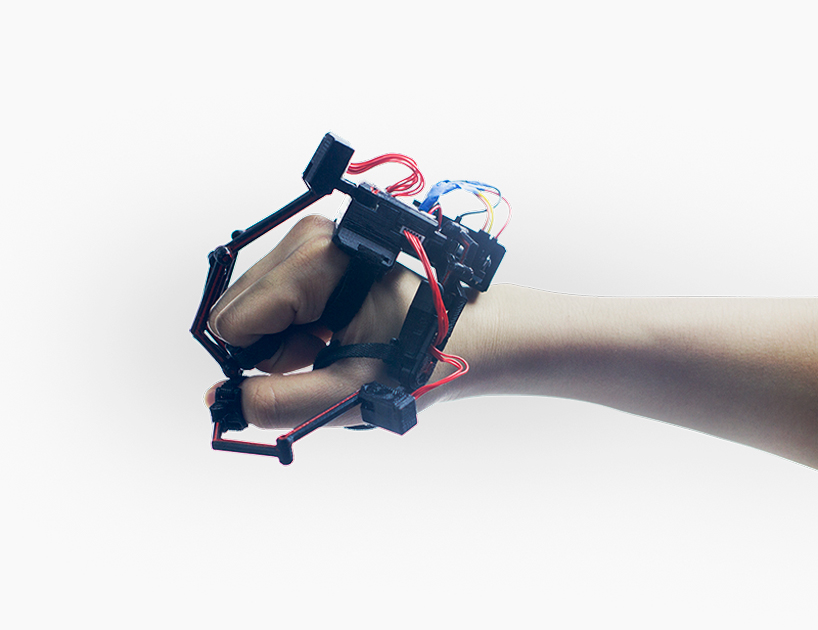 live testing and testimonials at the oculus connect 2014 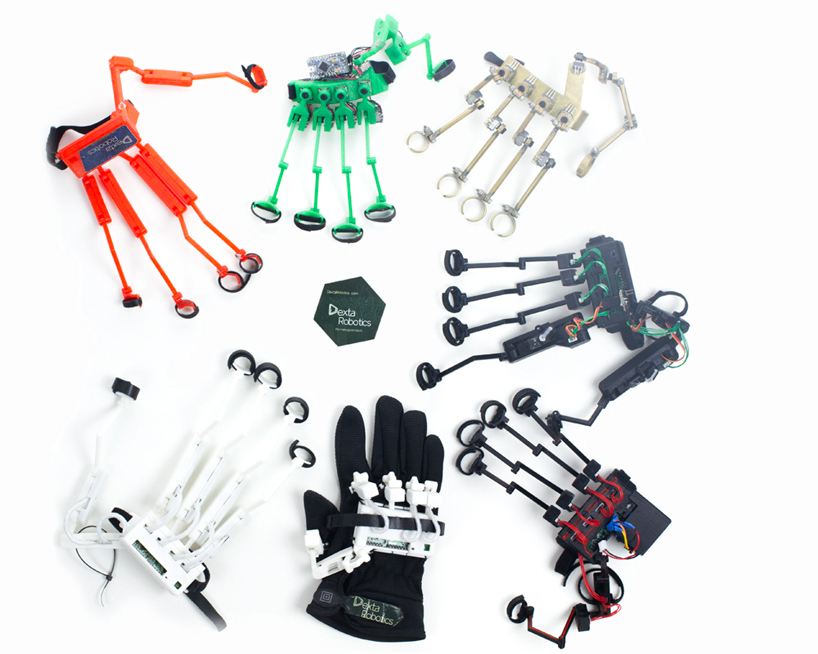 the range of developments that have led to the dexmo F2