the highly-anticipated star wars theme park model was revealed this week at the D23 expo in anaheim, california. the exhibition was open to star war fans who were introduced to a miniature world of the classic space-themed film series. the grand opening which has stirred up much excitement from die-hard followers serves as an introduction the park which is set open 2019. 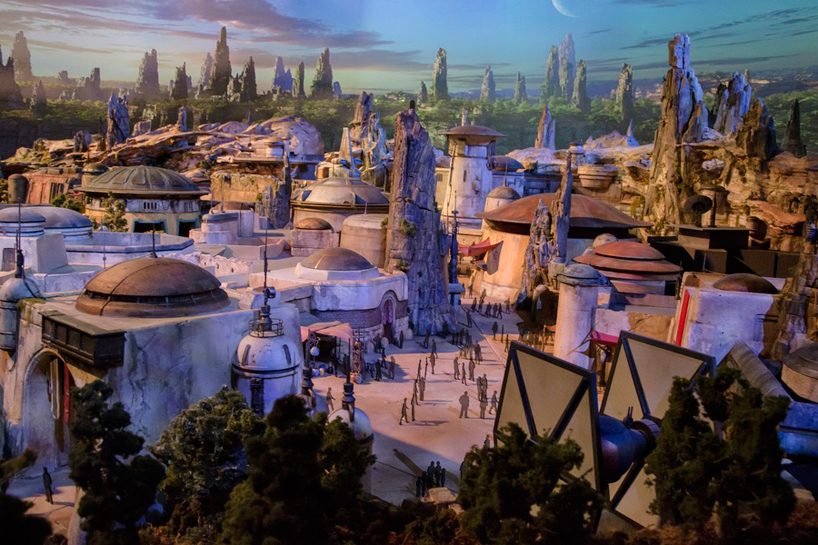 the star wars themed park is currently underway at the anaheim park and in disney’s hollywood studios in orlando, and will be open to the public in 2019. the 14-acre site will be the largest themed expansion in disney’s history. ‘to say we are excited for the star wars-themed lands to open in 2019 is an understatement,’ chairman of walt disney parks and resorts bob chapek said. ‘all along, we have said this will be game-changing, and through the model we can begin to see how truly epic these immersive new worlds will be.‘ 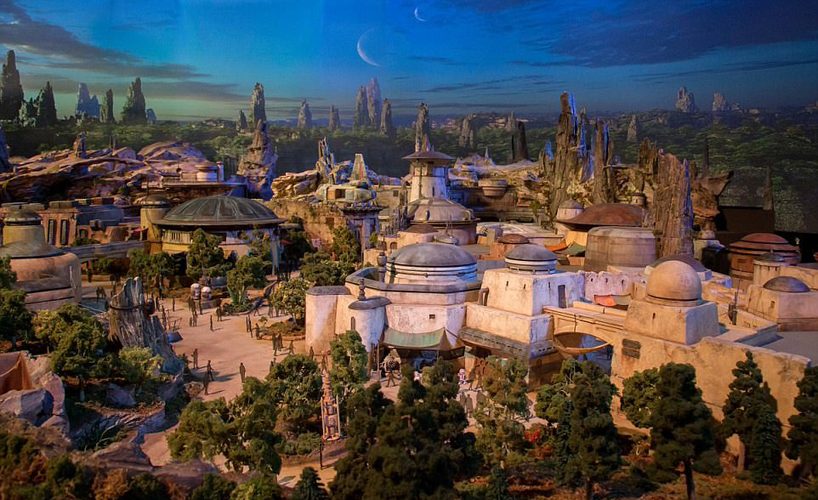 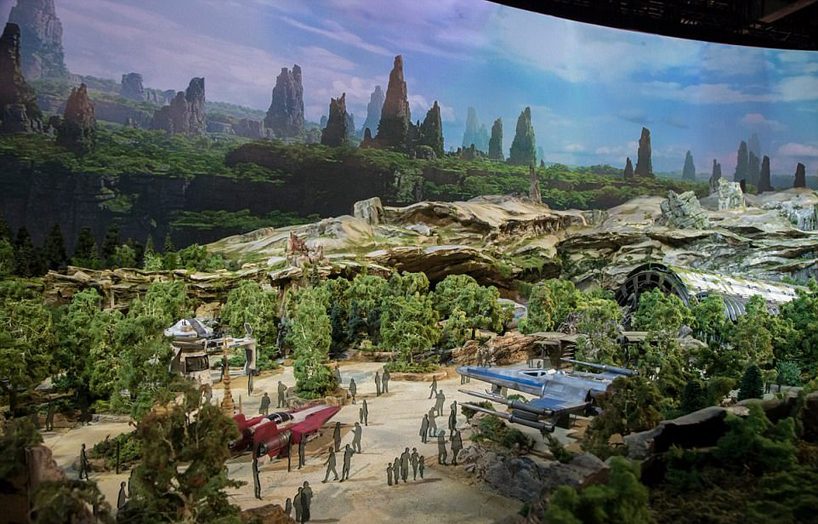 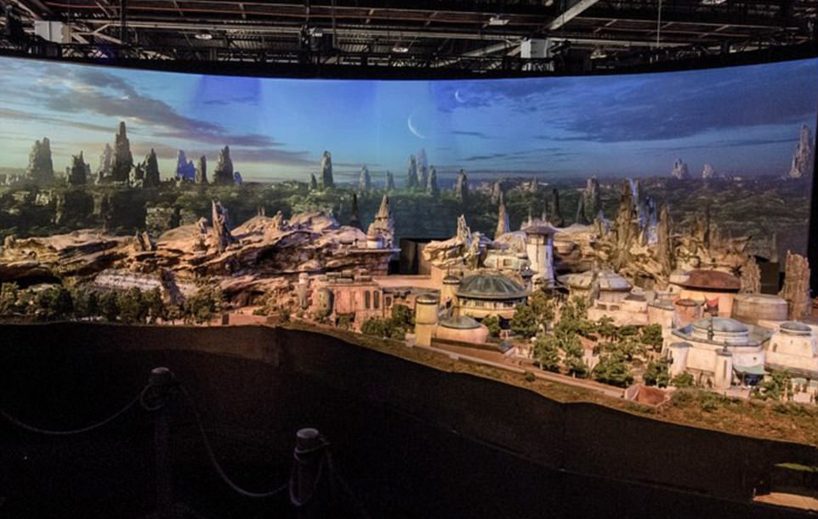