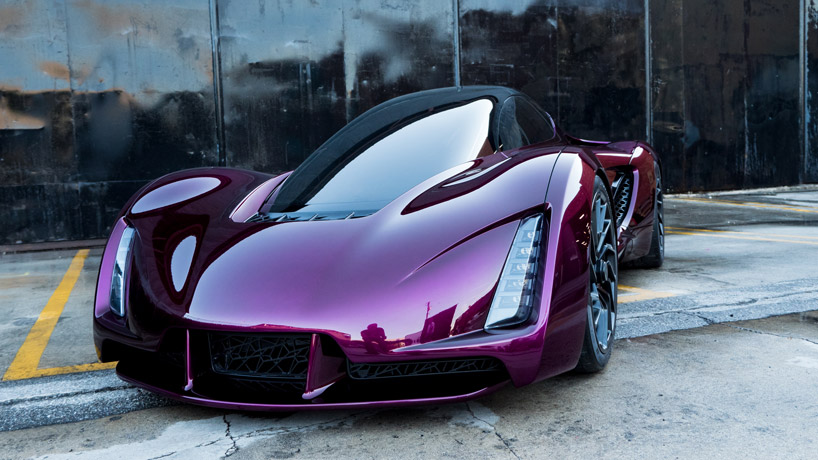 divergent made the blade to showcase the capabilities of 3D printing. called the ‘blade’, the fully road-legal, four-wheel drive, features a 3D-printed chassis which weighs just 102lbs (46kg). inspired by jets, this design language is continued into its in-line cabin which features an aviation-influenced central seating position. 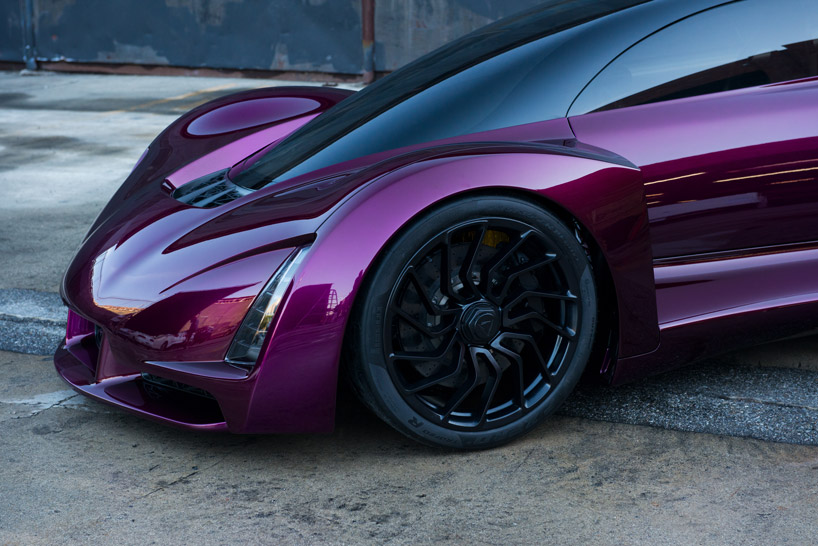 divergent 3D is backed by hong kong billionaire li ka-shing and raised $65 million USD in 2017 to develop its factory to create parts for the automotive industry that are designed to dramatically cut the cost and environmental impact of car production. it first released details on the ‘blade’ prototype back in 2015, when it unveiled its 3D printed manufacturing method. 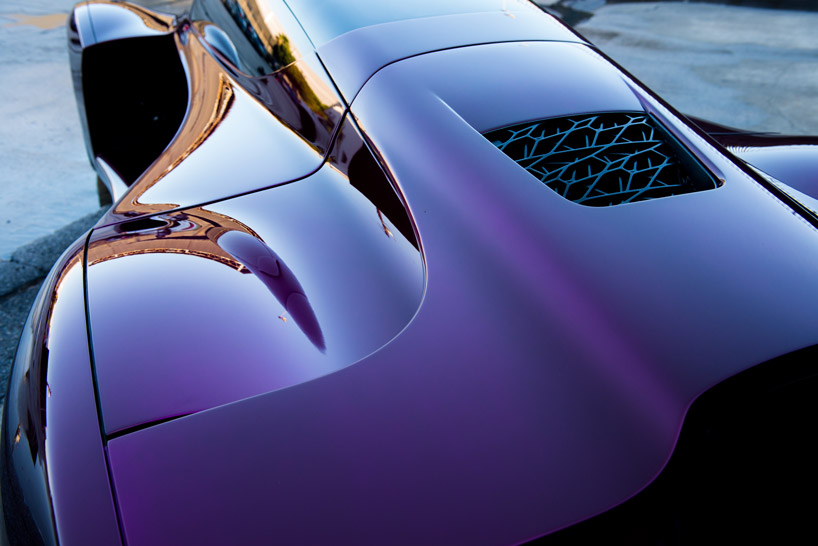 the technique centers around 3d printed aluminum joints that connect pieces of carbon fiber tubing to make the car’s chassis. the assembly can be done in minutes and can dramatically reduce pollution, materials and other capital costs. 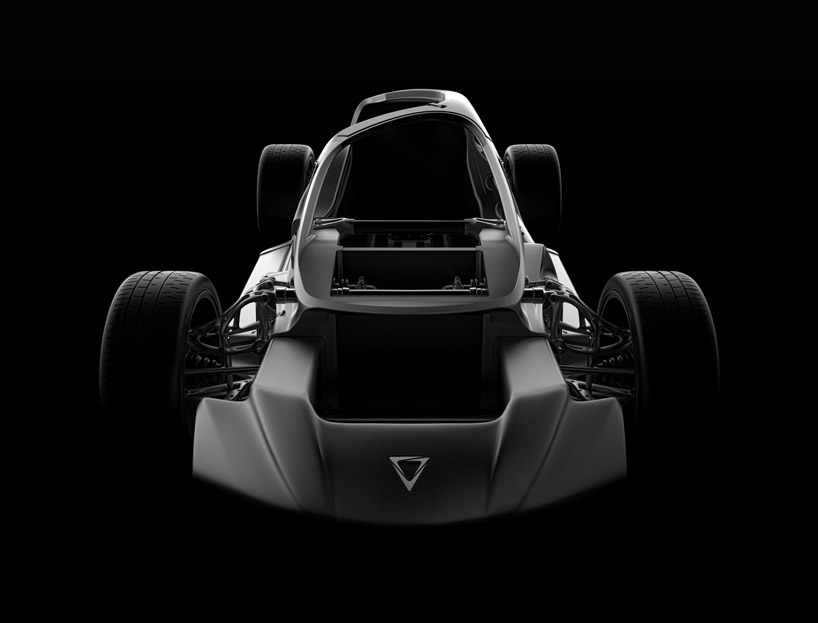 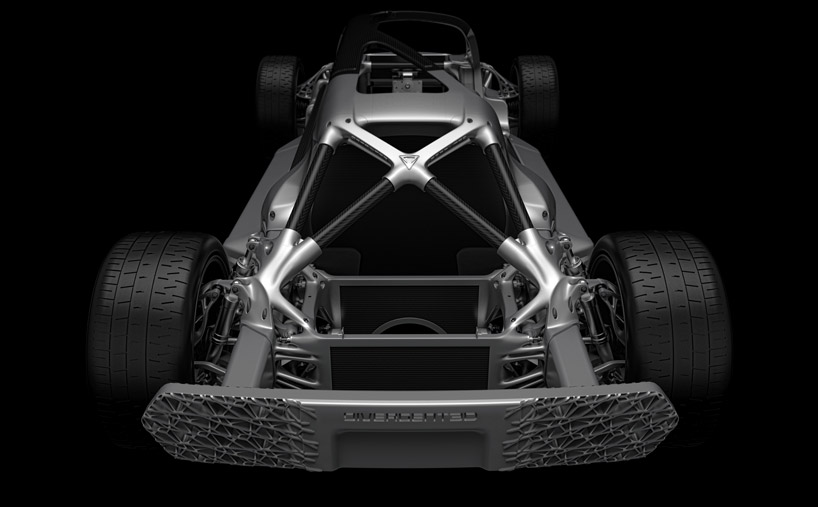 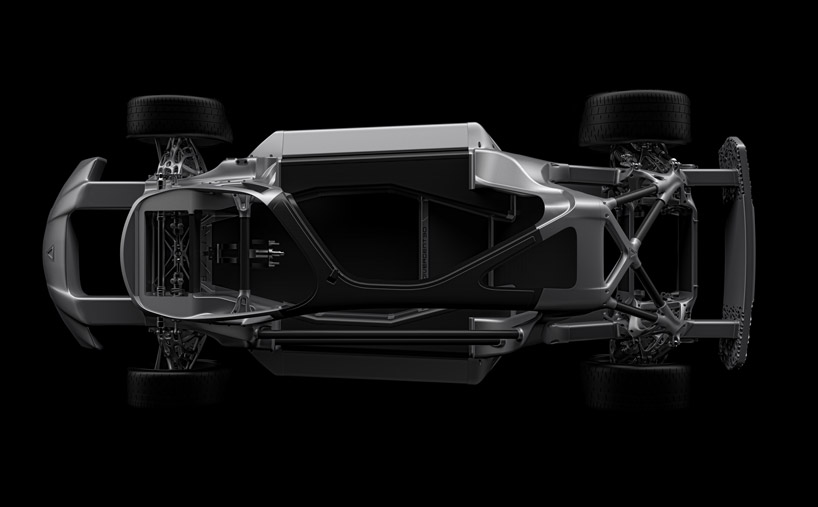 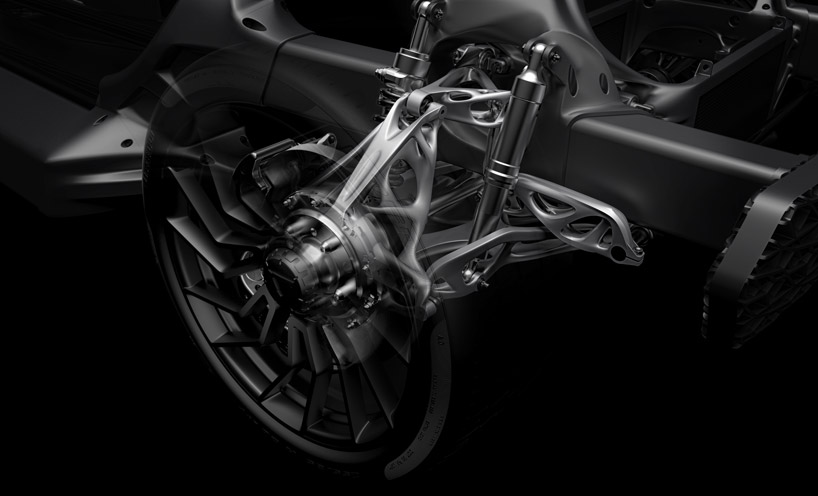