Flashback to 1962, in the seaside town of Peel on the Isle of Man, Cyril Cannell thought of building a car design that could transport two mid-height people, not electric at the time. The founder of Peel Engineering explored microcars until he conceived Trident, a two-seater, ultra-compact vehicle molded in fiberglass. The dubbed ‘bubble car’ had a lift-up top and with its small size, one could get out of traffic jams without interfering with the flow of cars. Its compact size allowed easy parking between two other vehicles without having to open doors. But the Trident was the deluxe model of Cyrill, who had previously created an even smaller, simpler car.

At just under four and a half feet long, he had created the P50, the smallest car in the world at the time. It could be tucked into the tiniest of parking spaces, and while it received success on the mainland, it garnered a mixed reaction on the island. Less than 50 original P50s and around 80 Tridents had been made before the production ceased in 1966 with Peel Engineering closed down in 1974. Fast-forward to the present day, P50 is making a comeback under a painstaking recreation of many of its original components, helmed by the company P50 Cars. 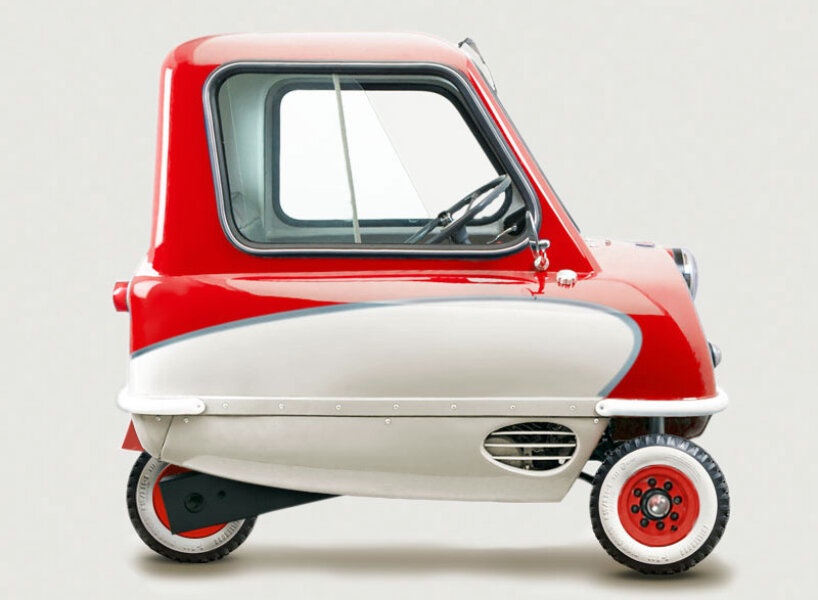 One of the smallest cars in the world

Narrower than a phone box and shorter than a Vespa, the P50 microcar has been dubbed one of the smallest cars in the world. The company P50 Cars shares that it took them a decade to understand how they could recreate the P50 model from the past into the present. Their remodeling pays homage to Cyrill’s P50, and its parts are handcrafted by its team of craftsmen, who have produced parts for vintage Rolls Royces and Bentleys.

‘The P50’s original design has been re-engineered, blending 60s style with modern reliability. We have painstakingly reproduced hundreds of original P50 parts and components,’ the company shares. The team also reintroduces the bubble car Trident in red, blue, and yellow variants to show the current era what it missed in the past. The signature round-shaped cover tops the two-seater, three-wheeler vehicle, boasting a high-torque and -speed electric motor which revs the speed from 30 to 55mph. 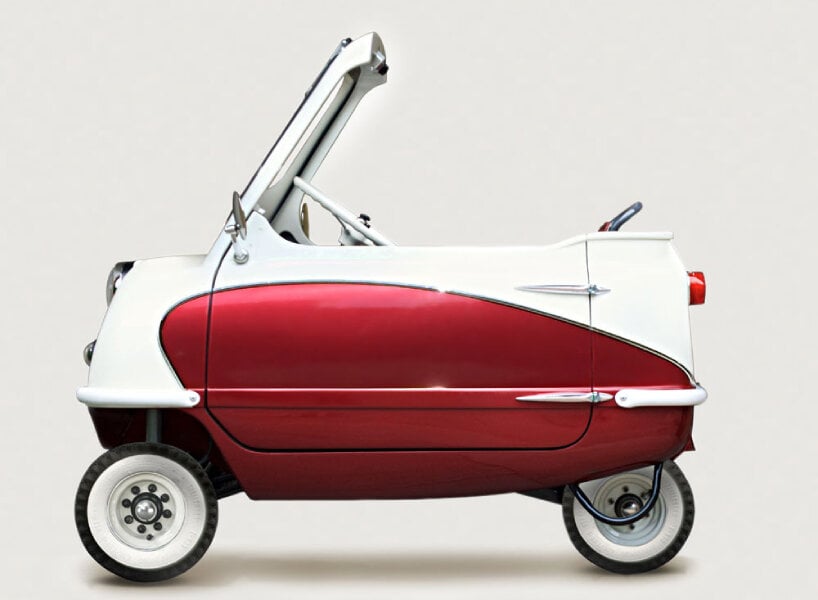 ‘If you have ever fancied building your own car, now is your chance,’ the team behind P50 Cars writes. The company allows its clients to build their own P50 car in their own time and space through their P50 kit complete with all parts and components that are manageable in their size and weight, even the engine. Everything that goes into the company’s factory-built cars is supplied in its kits, so it feels as if one is inside the company’s workspace as they build their own microcar. The potential build time is roughly 50 hours, but this varies depending on experience and expertise. Every car P50 Cars makes is hand-built in its workshop in London, England.

Over 90% of all parts and designs are handcrafted in-house, so it may take between four to six weeks to manufacture a kit and around eight weeks to produce a factory-built car. ‘Every car is 100% built to order for each customer, and we do not keep cars in stock. We do however run an approved network of pre-owned vehicles,’ the company shares. As for the height of the driver, the tallest person the company has had in one of its cars was 6 feet 9 inches or about 206 cm tall and the largest weighed over 300 lbs or 136 kilos. The recreated models also enjoy an increased leg room by an extra 2 inches. 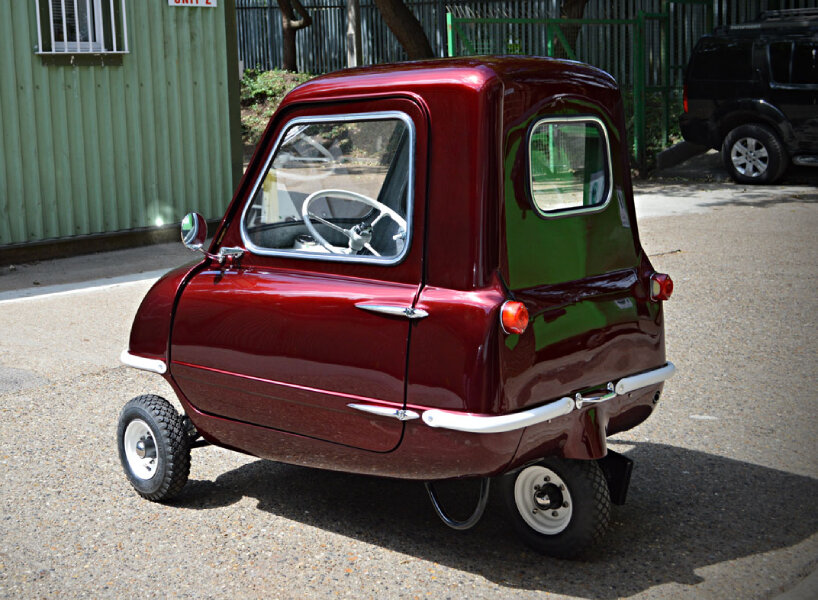 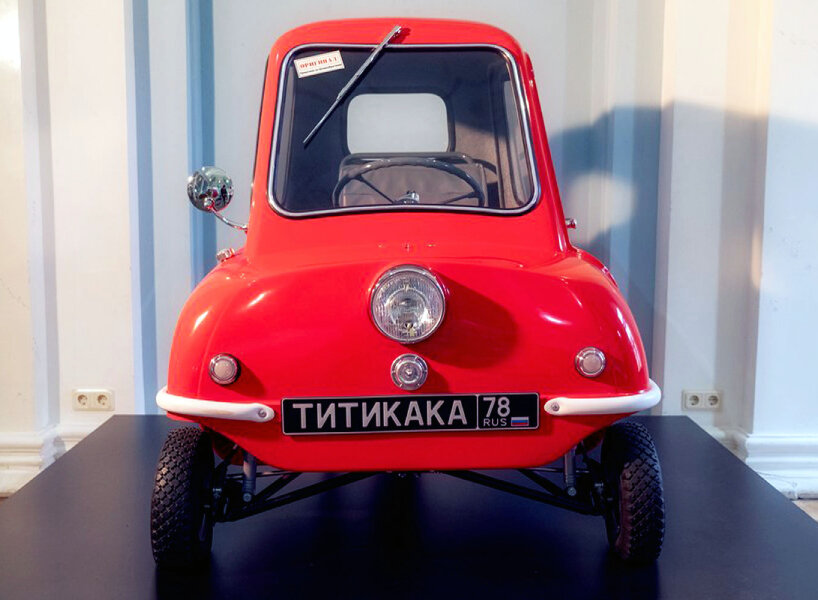 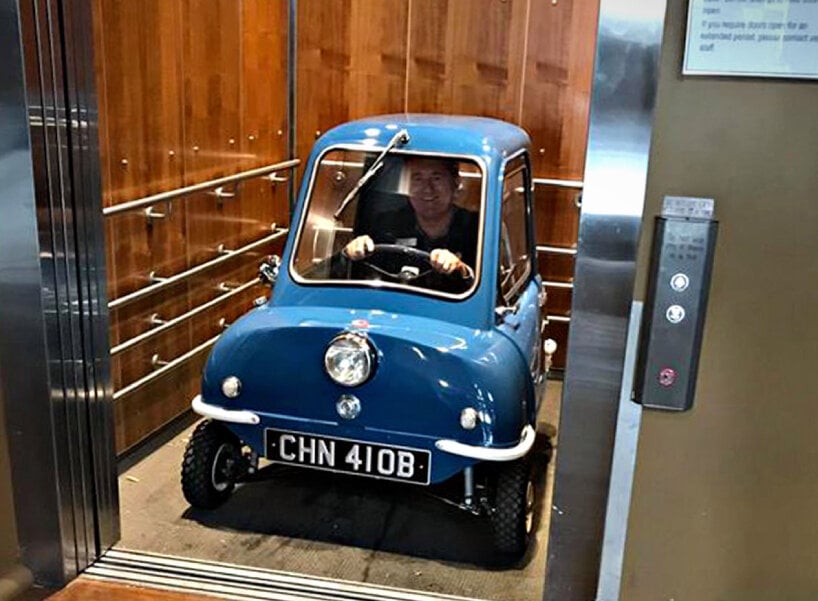 it may fit an elevator with its compact size 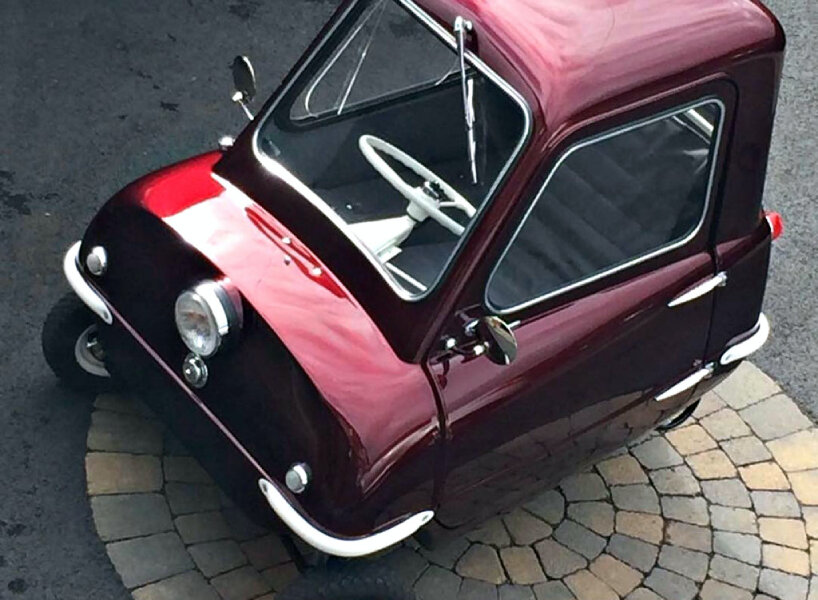