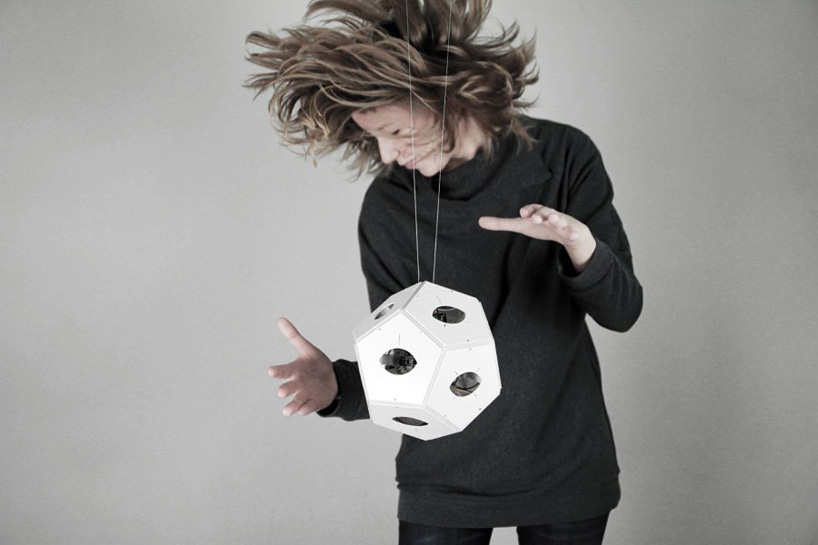 polish design studio panGenerator has created a gesture-based audiovisual controller called ‘dodecaudion’.
‘one of the key ideas,‘ the designers explain, ‘was to explore a new interface that stands as an alternative
to traditional controllers (like knobs and buttons) that simply don’t provide much room for performers’ gestural expression.‘

instead, the performer’s spatial relationship to each of ten faces on ‘dodecaudion’ determines in realtime the instrument’s sound,
as infrared distance sensors embedded within the device’s skeleton read the performer’s hand position as input,
adjusting the tone and frequency of the sounds accordingly. the exterior of ‘dodecaudion’ is composed of laser-cut
aluminum faces and Y-joints printed on a 3D printer (via the additive, fused deposition modeling technique).

the opensource project makes use of arduino, bluetooth, processing, and open sound control protocol.
pangenerator plans to sell ‘dodecaudion’ under their company hedoco, beginning in a few months. 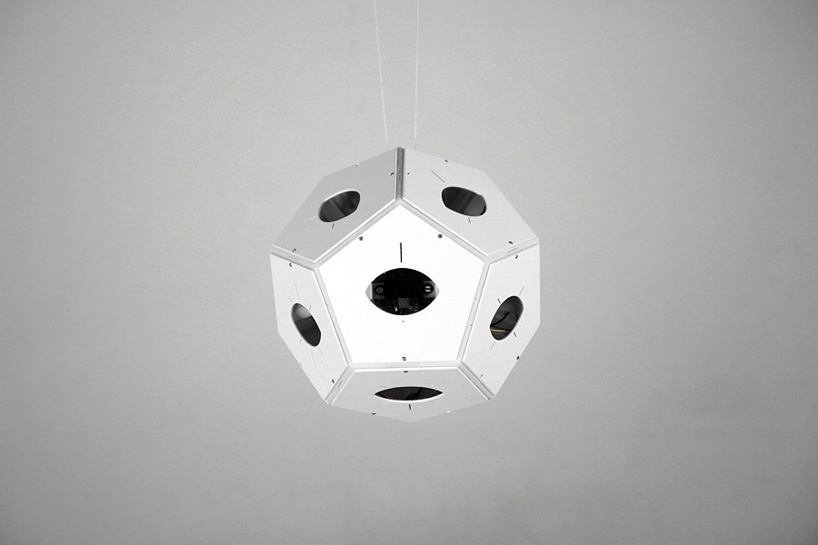 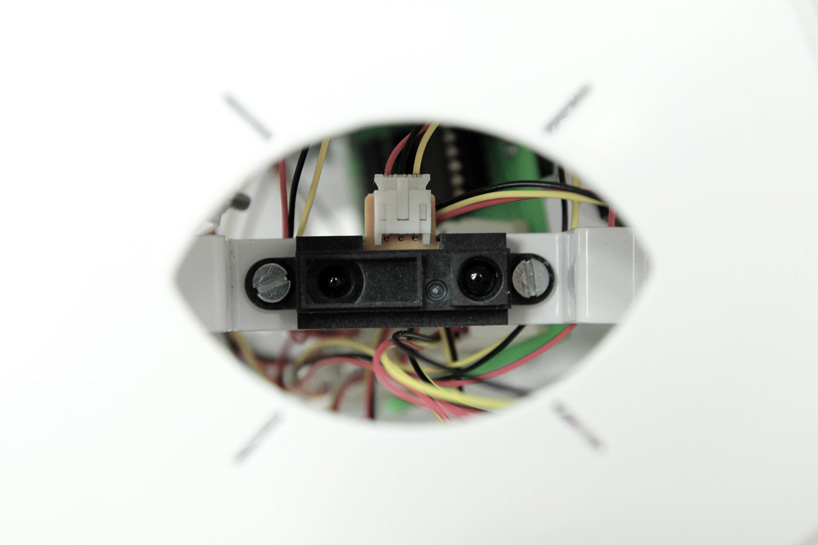 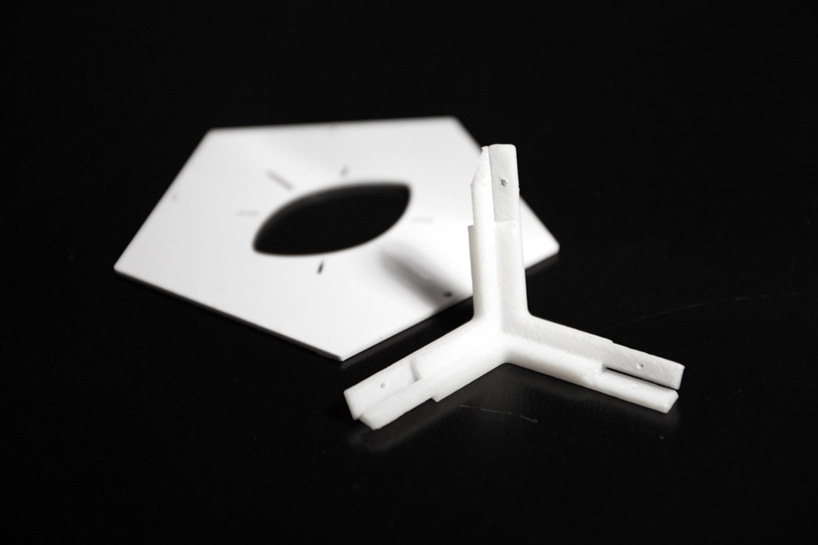 designboom has received this project from our ‘DIY submissions‘ feature,
where we welcome our readers to submit their own work for publication.