a quick-thinking engineer has been dubbed a hero after rescuing a puppy with the use of a drone equipped with a giant claw. milind raj scooped up the distressed animal from a drain in the city of lucknow after hearing its cries.

the video shows the drone picking the puppy up from a 20-foot deep drain using a robotic arm. according to captions the drone uses intelligent technology to detect when the puppy is safe to be released. 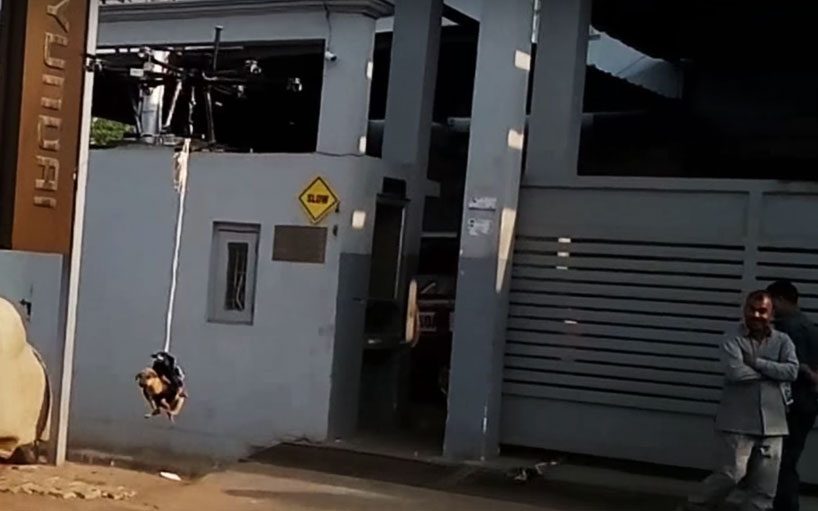 ‘it was not possible for a person to rescue the puppy without endangering one’s own life’, milind raj told local media. ‘therefore I decided to use technology to save the puppy.’

mr raj claims the puppy had been stranded their for two days but since the event reports have surfaced with some users questioning the validity of his claims. the most popular accusation is that the entire thing is a PR stunt. we will let you decide.

Hi @pri_pant, did you ask why is there no footage of the moment the drone actually picks up the dog? Or how the dog managed to get his head and body into the harness? https://t.co/Foyis0wfvB