on march 12, 2020, the world health organization declared the COVID-19 health emergency a pandemic. originated in december 2019 in wuhan, hubei province, china, the virus wreaked havoc around the world, with many falling sick even with strict imposed lockdowns, and an economy that suffered and will continue suffering the consequences. as the pandemic advances, south korea — a country that has handled the virus in an exceptional way — flew drones to the sky to encourage its citizens to cheer up. 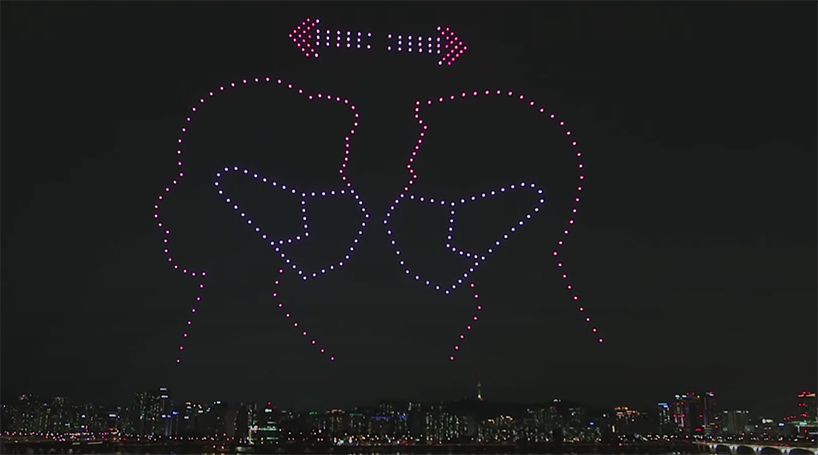 created by south korea’s ministry of land, infrastructure and transport, the massive drone display was realized to honor the country’s healthcare workers while reminding citizens of the safety guidelines they should continue to apply. overall, south korea has had around 13,000 confirmed cases and just 284 reported deaths, a figure that deserves praise. the celebratory drone show lasted 11 minutes and it was held over seoul’s han river. 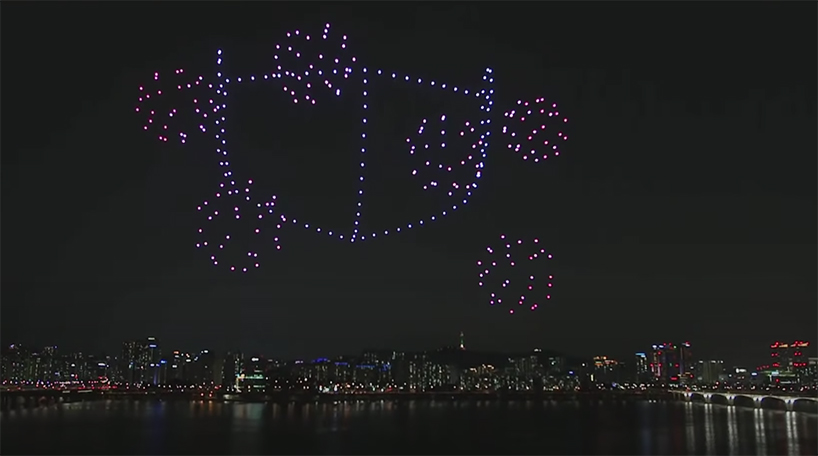 the light show featured 300 drones dancing in the sky and organizing themselves into dotted forms and patterns with messages to the citizens. wear masks, wash your hands, socially distance and cheer up were some memos that lighted up the korean sky. with the show, the korean government gave the citizens a cheerful and thankful note. 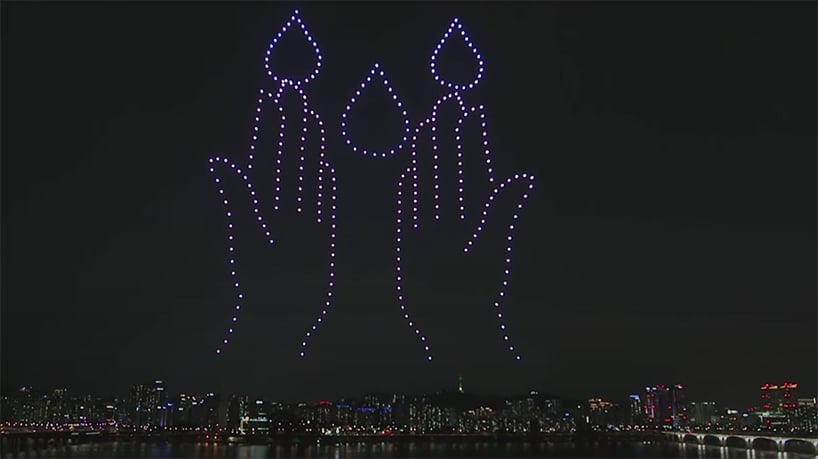 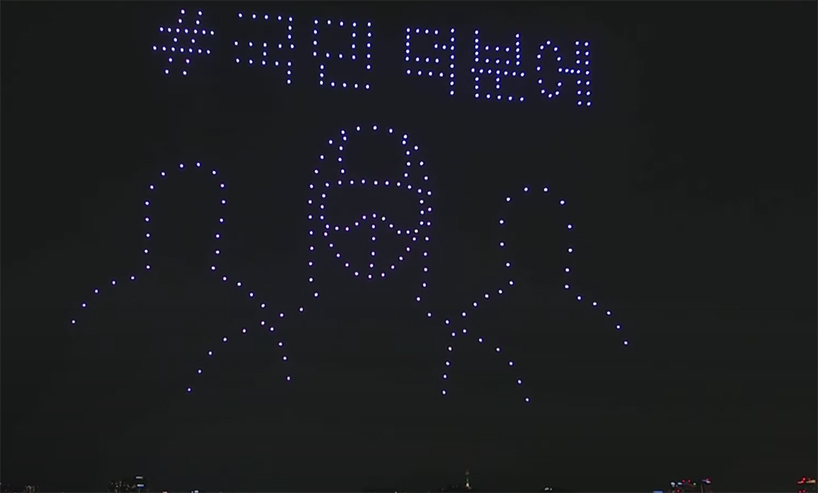 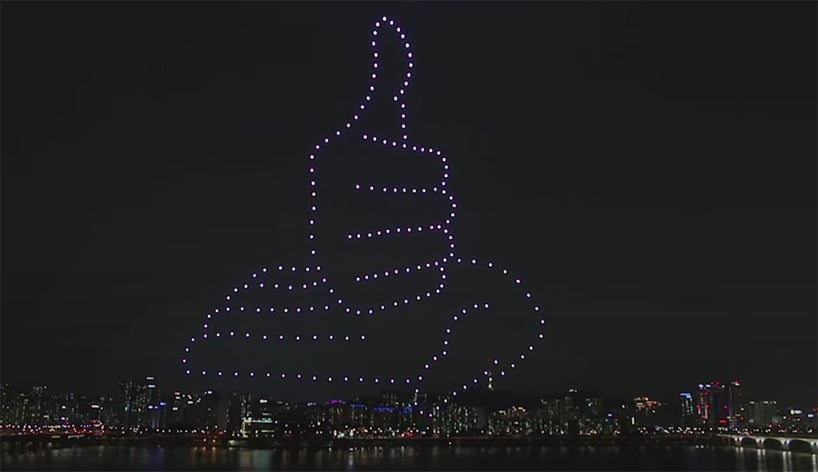 created by: south korea’s ministry of land, infrastructure and transport