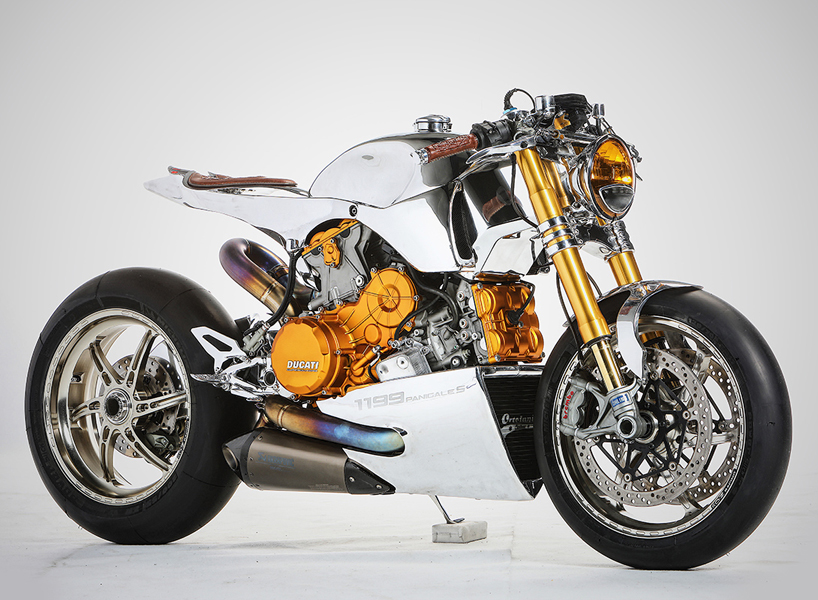 the ducati ‘polished panigale’ ‘1199 S’ motorcycle shimmers with a refined sense of luxury. originally presented in 2011, this evolution of the superbike brings two worlds together: the italian prowess of visceral emotion, with french styling and details. 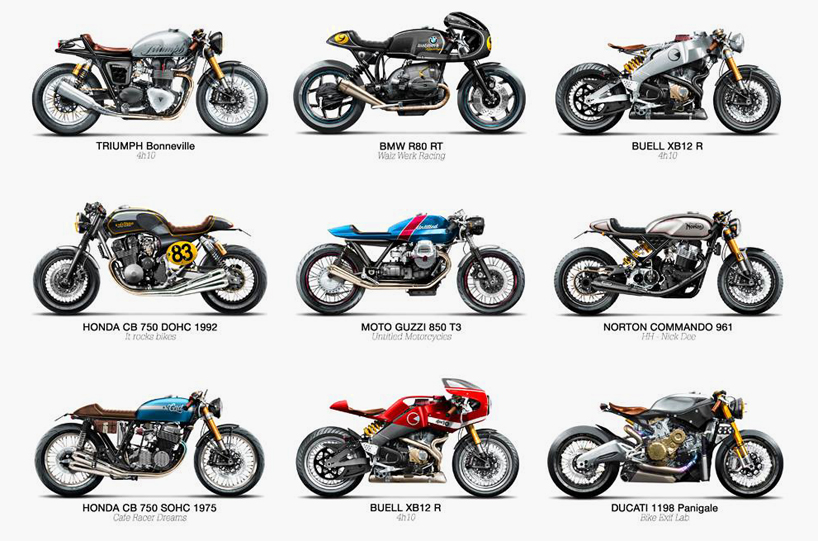 the ‘1199 polished panigale’ is formed around concept illustration by automotive designer holographic hammer. without completely mimicing holographic’s design, the ortolani team decided to transform the original ducati into an alloy-clad-racebike. using traditional metal shaping techniques the france-based garage beat, rolled and shaped aluminum over wooden bucks to form its new, refined bodywork. the shiny fuel tank houses an airbox, fuel pump, and electronics concealed discretely. at the back of the bike is a wasp-like tail featuring an integrated brake light and a supple brown-leather-saddle by NMB designs. 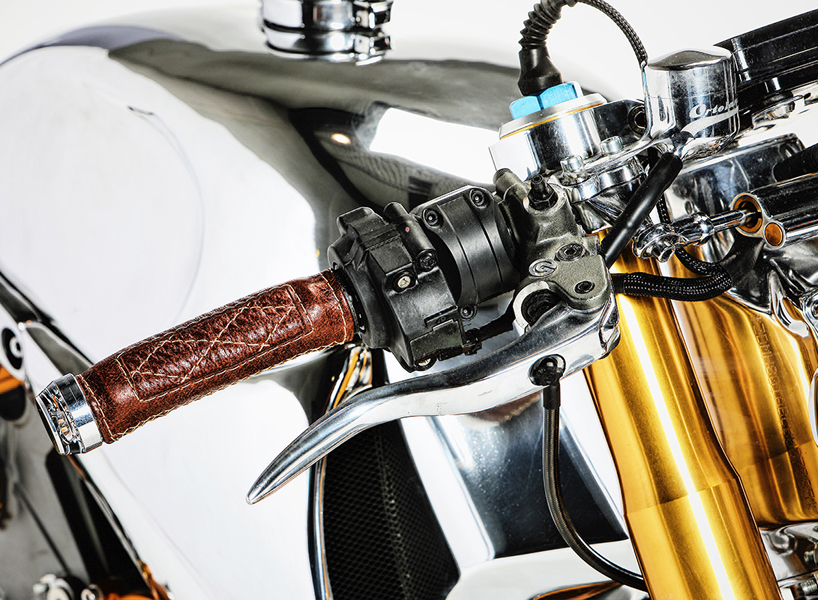 ortolani customs set a list of comprehensive performance tweaks to try and extract some extra power from the ‘superquadro L-twin’ engine. combining a larger set of pistons with akrapovic’s enhanced exhaust system boosts an already impressive performance from 195 horsepower, to a frankly frightening 210 hp. tweaking the brembo brakes the french fabricator has fitted 330 mm racing spec. carbon ceramic discs, while shedding some pounds by replacing the stock wheels with OZ racing forged rims wrapped in a set of michelin tires. 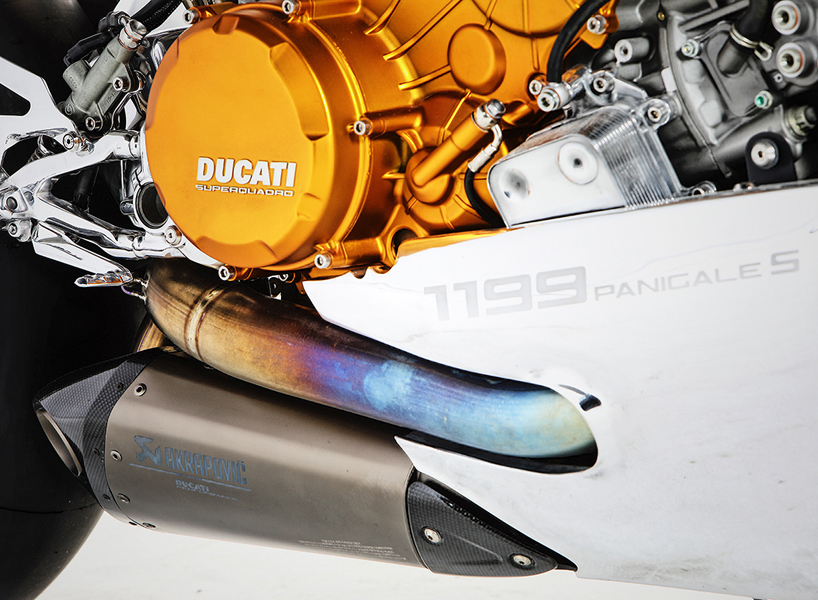 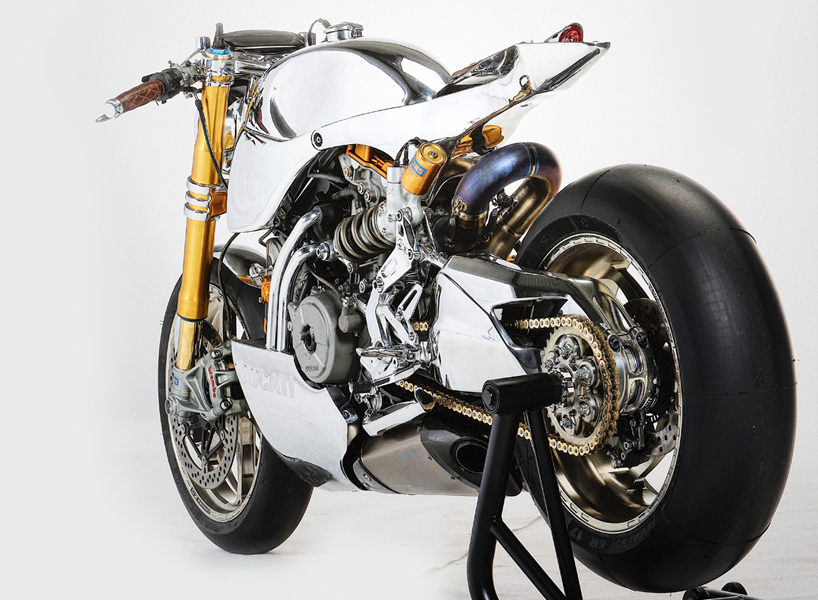 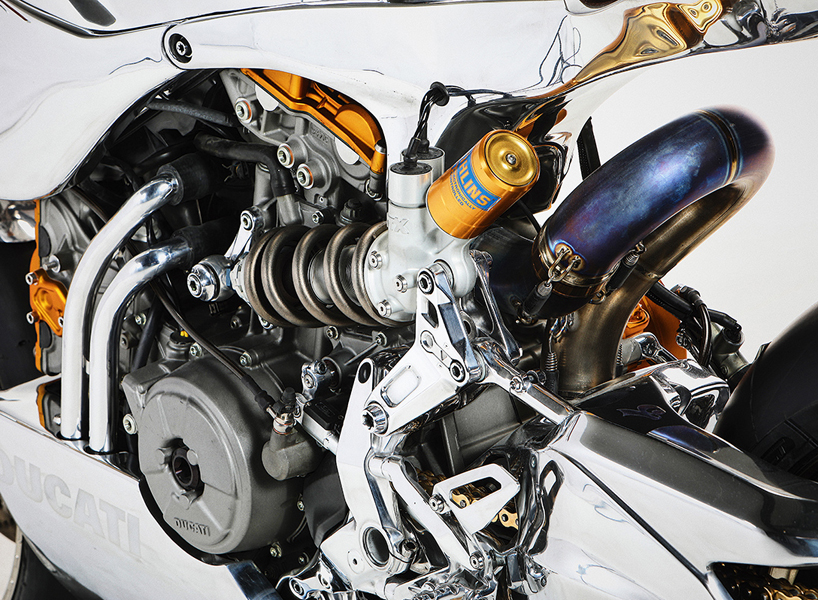 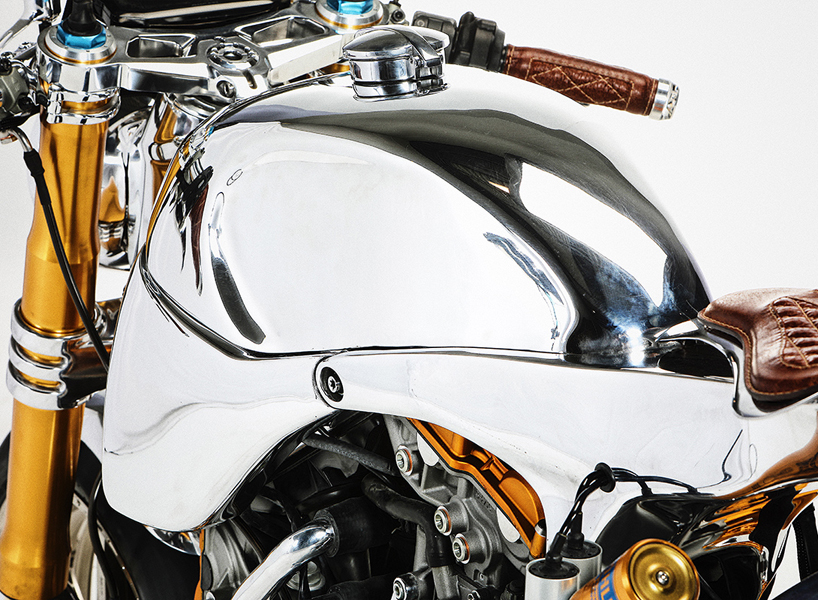 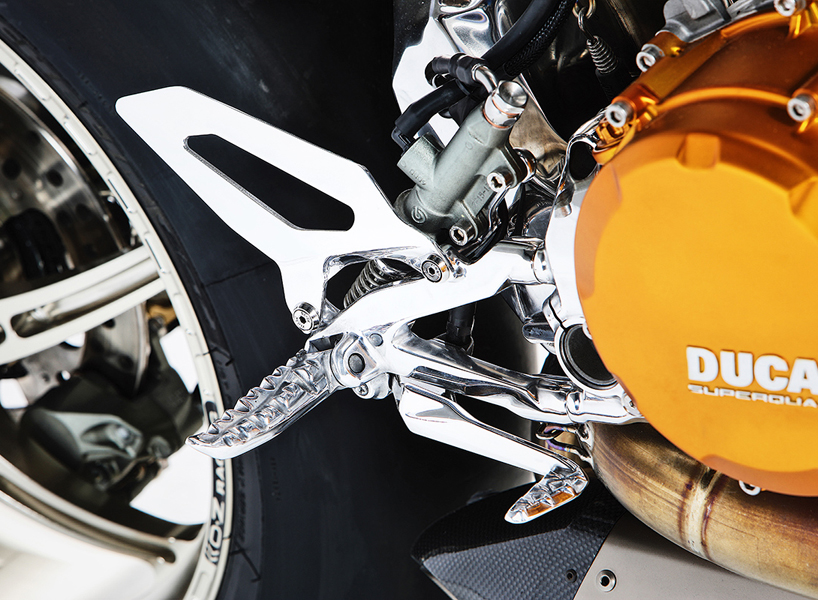 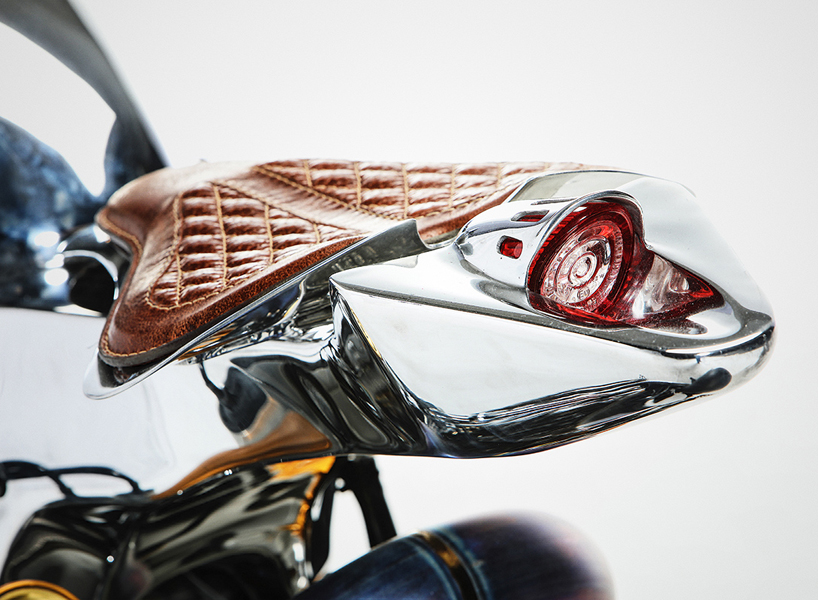