motorelic’s ‘dastardly ducati’’ custom scrambler is a striking build with a minimalist, aggressive style. based on a 1965 ducati ‘250 desmo’, it is now redressed in hand-made bodywork with a polished black and orange fuel tank. created by sean skinner, owner of virginia-based garage motorelic, the motorcycle now has the same unwavering focus on aesthetics and proportions that have grown to be signature of the company. 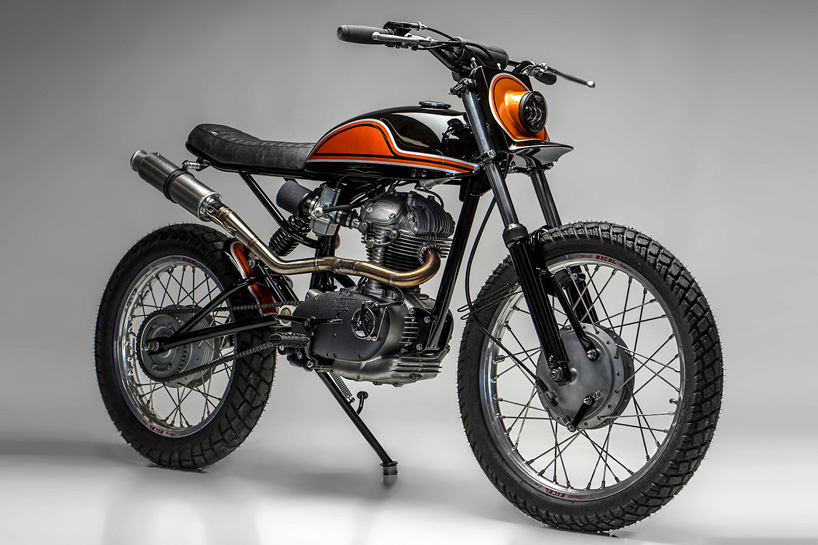 the ducati came to motorelic in a bit of a chopper-ish form. the frame was butchered and hard-tailed with a rod welded to the swingarm., so it proceeded to cut everything away, leaving only the swingarm and the frame around the engine. the forks and triple clamps were taken from a suzuki ‘TS250’ and machined down to size, while at the back is a monoshock swingarm. a ‘T350’ tank was found in the workshop, seen as a good fit and some mounts were adapted for fitting. the seat was upholstered in a distressed finish called ‘smokey burnout’. the bike’s engine is completely overhauled with new bearings, seals, clutch, new valves, tidied-up seats, and stainless hardware. 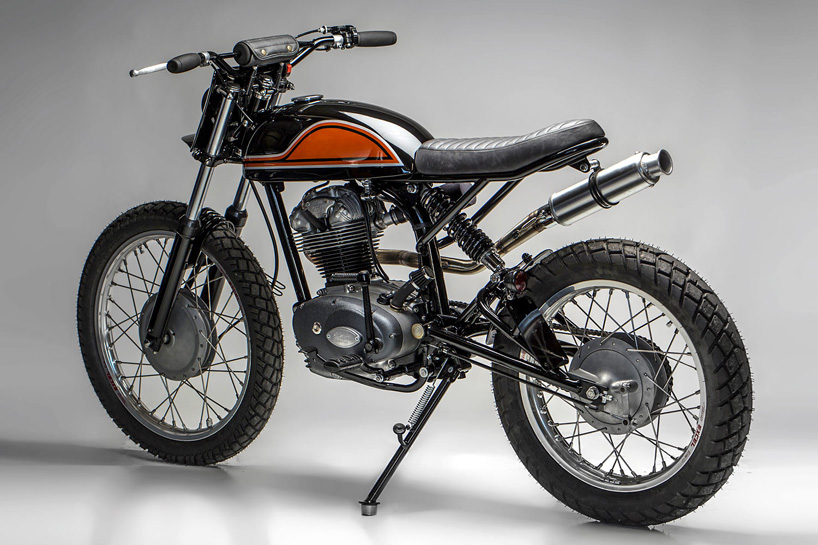 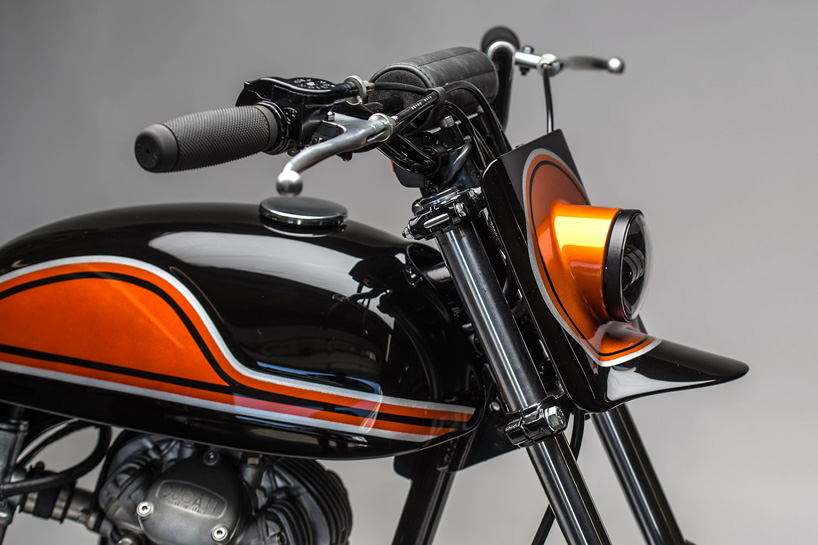 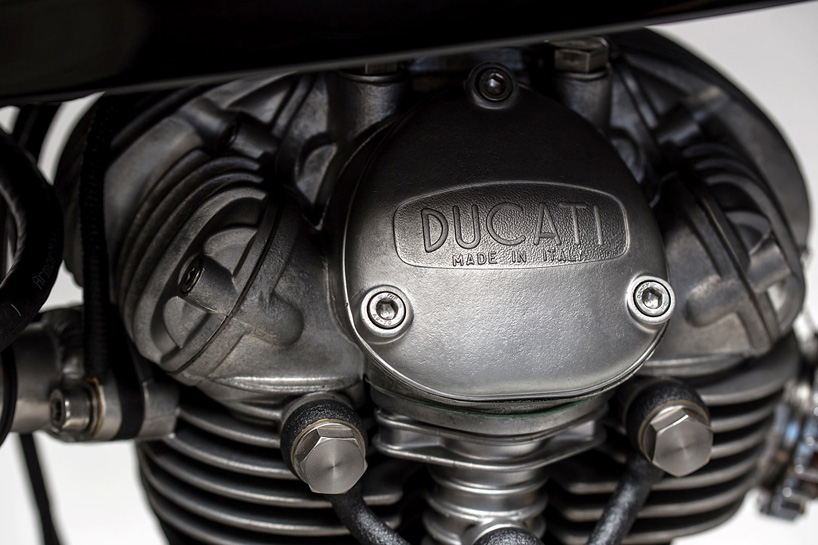 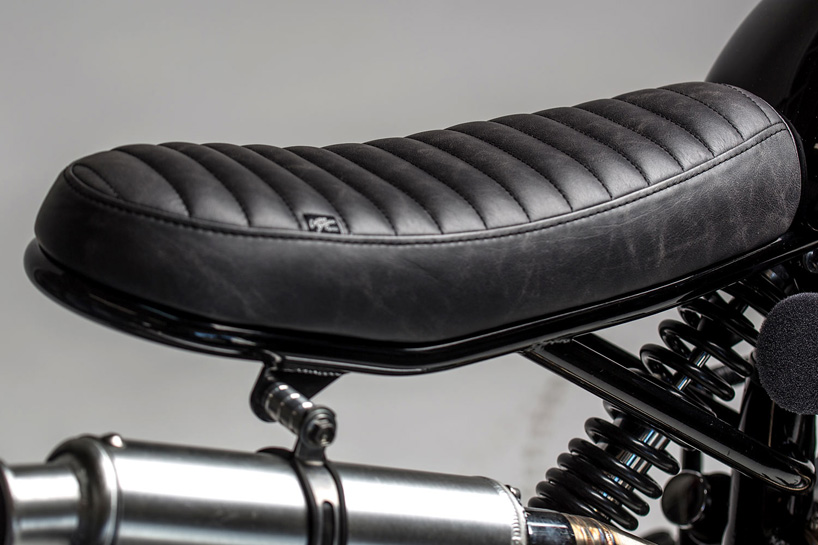 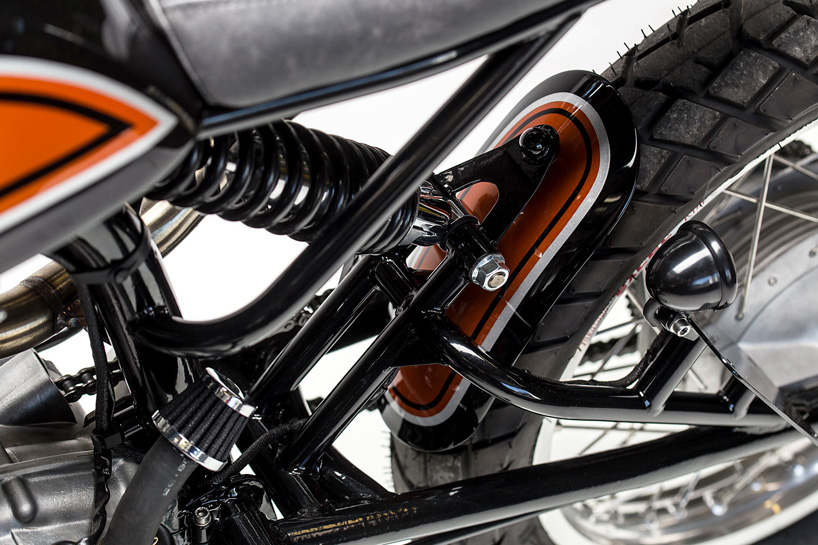 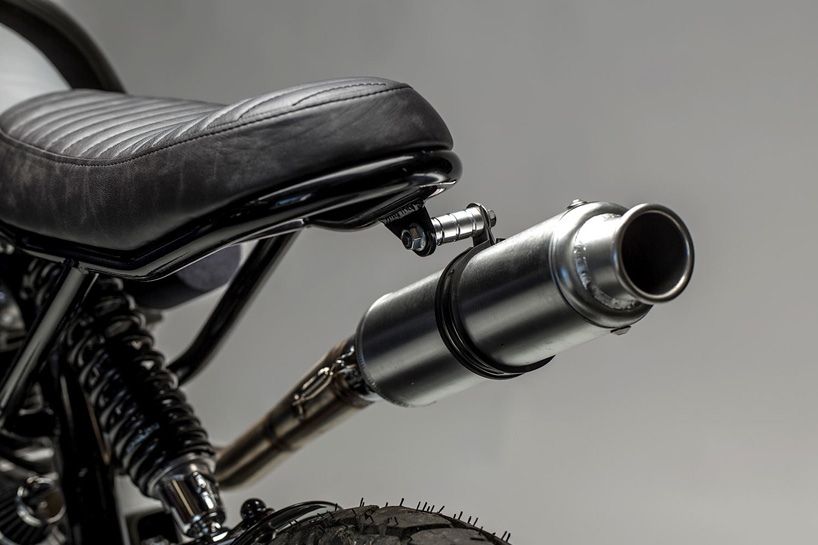