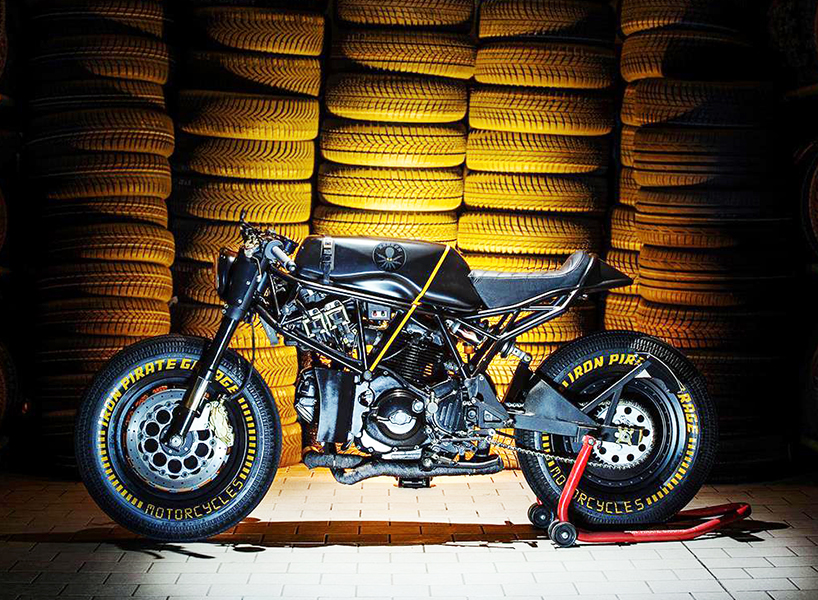 ducati 750SS kraken custom motorcycle by iron pirate garage: italy-based iron pirate garage has released the ‘kraken’ on the ducati ‘supersport 750’, turning it into this visually balanced post-apocalyptic bobber. stood next to its former self it is completely unrecognizable–the beast is now shrouded in a cloak of mysterious black finishes. 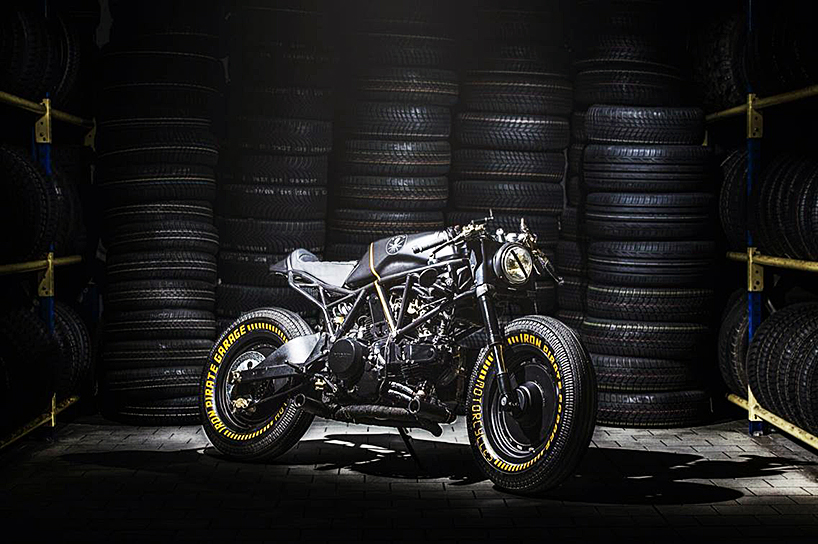 iron pirate garage certainly doesn’t shy away from admirers. sharp street fighter styling combined with its subtle café racer form, makes this mean beast a force to be reckoned with. after the ducati plastics were stripped away, it continued to reduce the size of the motorcycle by removing the rear of the frame. a revised trellis subframe was then constructed, adding rigidity; and a platform to mount the custom saddle on. 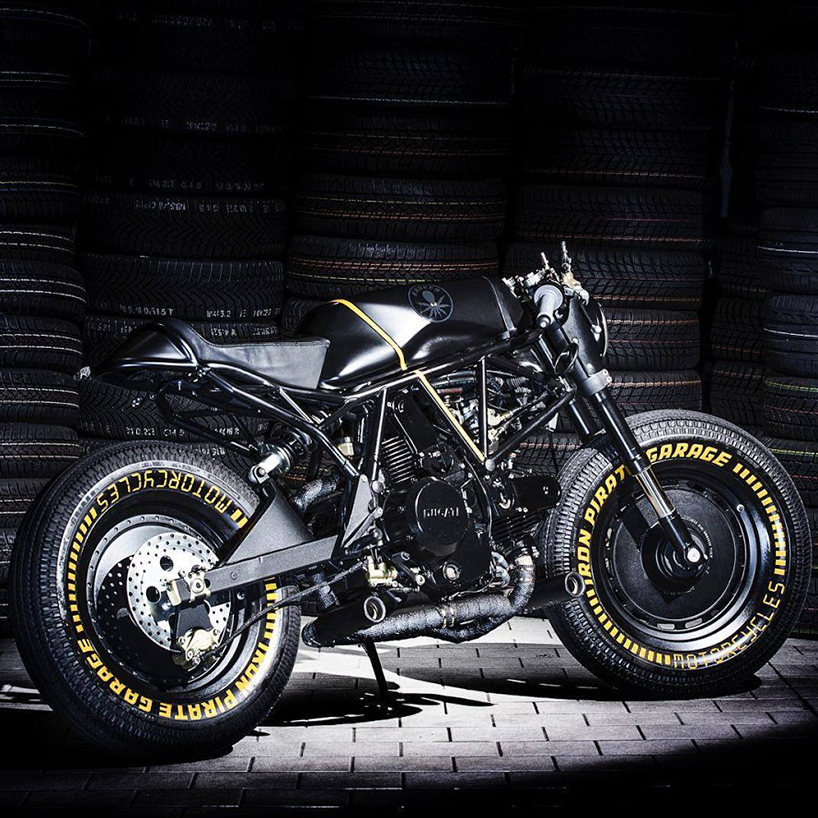 replacing the original tank is a custom feature lowing the bikes highest lines to sit adjacent with the triple trees. clip-on bars protect the fork sleeves; and an acewell speedometer is integrated into the top clamp. the ‘kraken’ rolls on harley davidson ‘solid mag’ wheels; wrapped in shinko ‘270 super classic’ rubber; and there isn’t the faintest hint of a mudguard in sight. 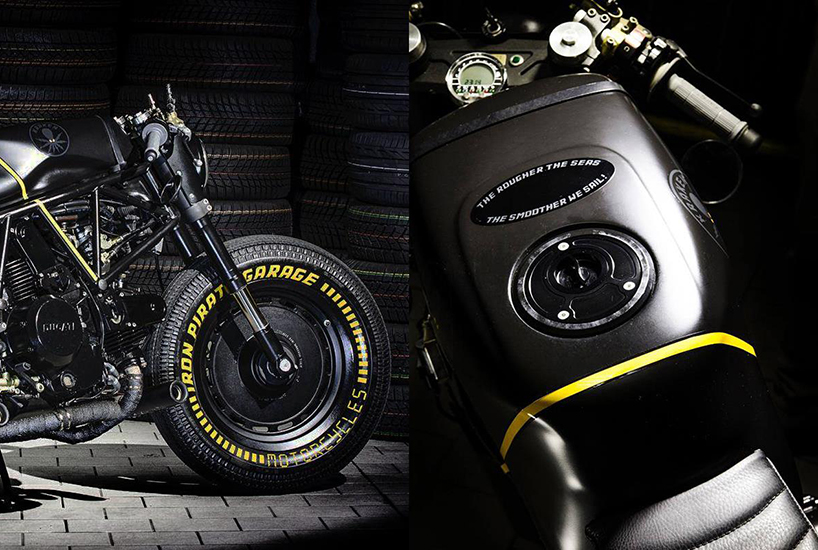 the ‘kraken’s’ color scheme is almost entirely black with a single yellow line partitioning the front of the bike from the rear, creating the slightest air of caution. mysterious satin and matte black finishes decorate the bodywork; frame; and engine, giving the bike its fierce and grounded stance. the seat is upholstered in black leather with pipes wound in a graphite heat wrap. ‘the rougher the seas, the smoother we sail’ printed on the fuel tank custom, is the final embellishment, capturing the spirit of the unruly character made for the machine. 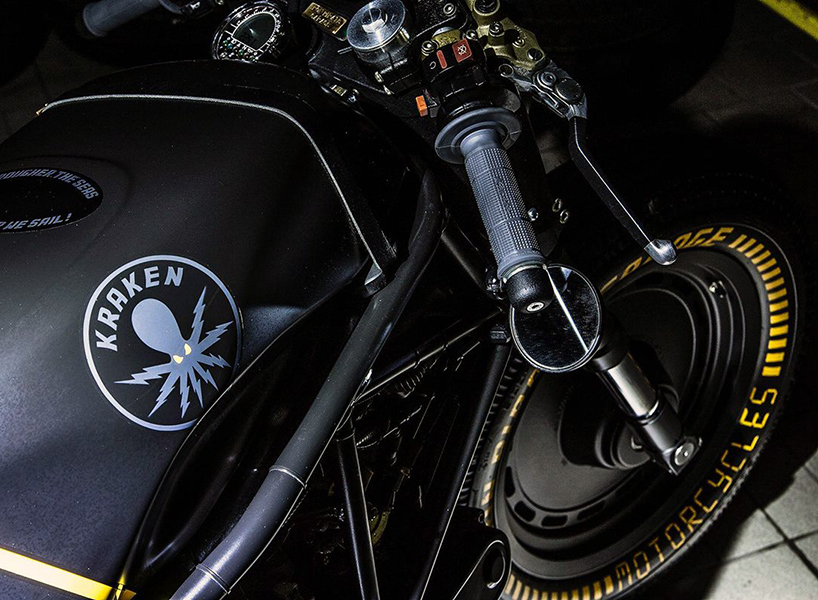 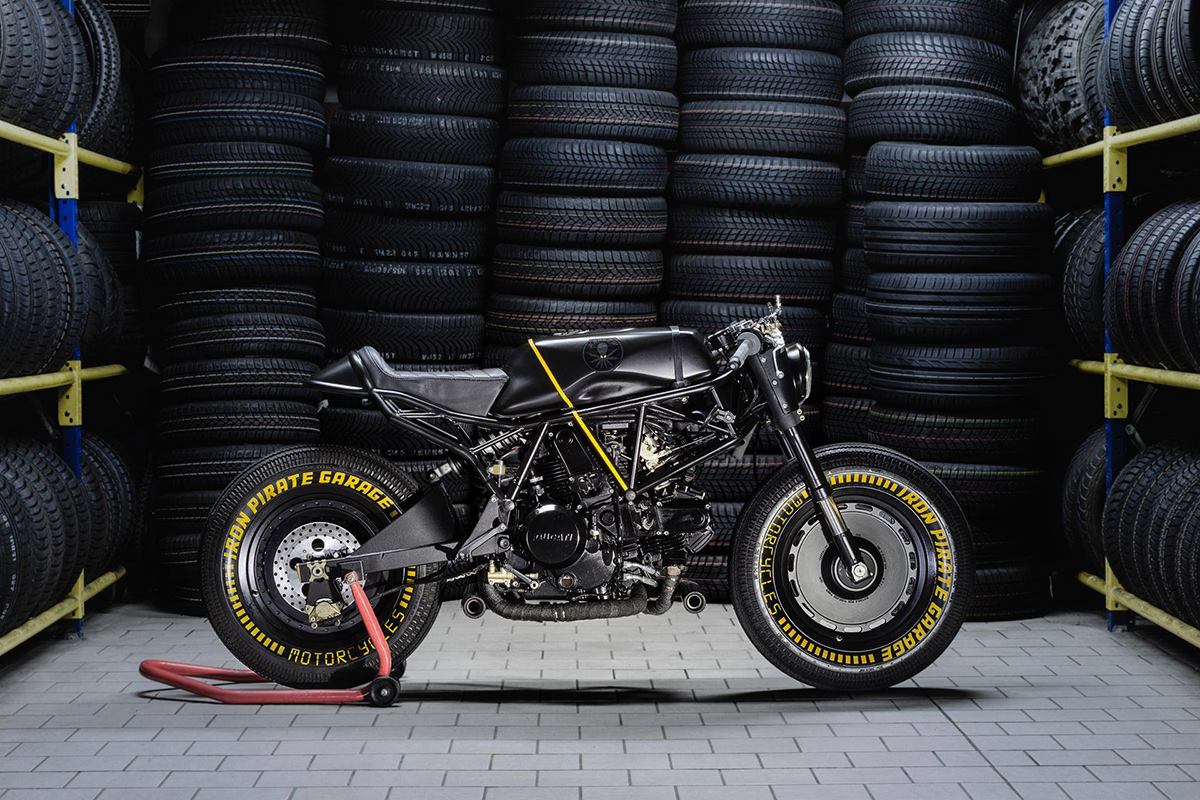 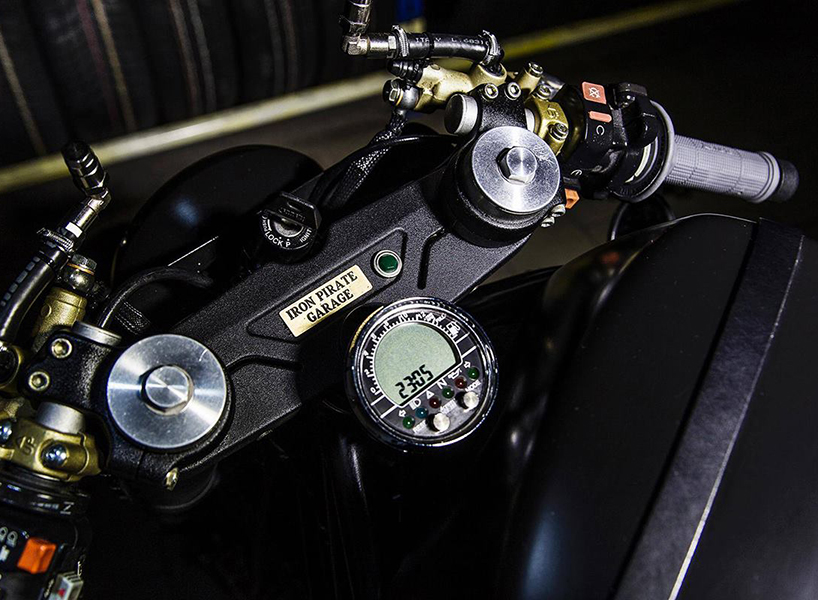 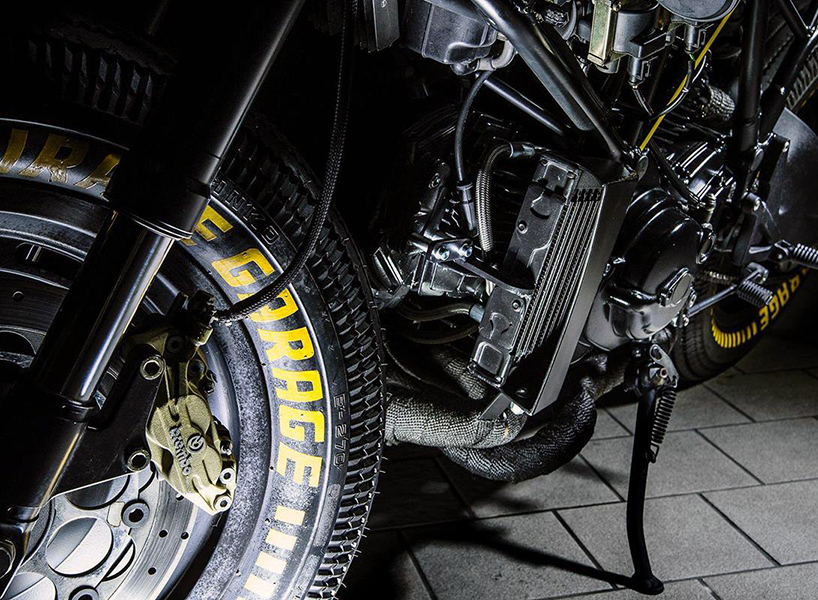