following two concept bikes based on the ‘xdiavel’ (the xdiavel by roland sands, and the draxter by ducati’s design center), ducati places its motorcycle in the creative hands of belgian customizer fred krugger. the result is a rugged, futuristic power-cruiser named ‘thiverval’ boasting extreme attention to detail. 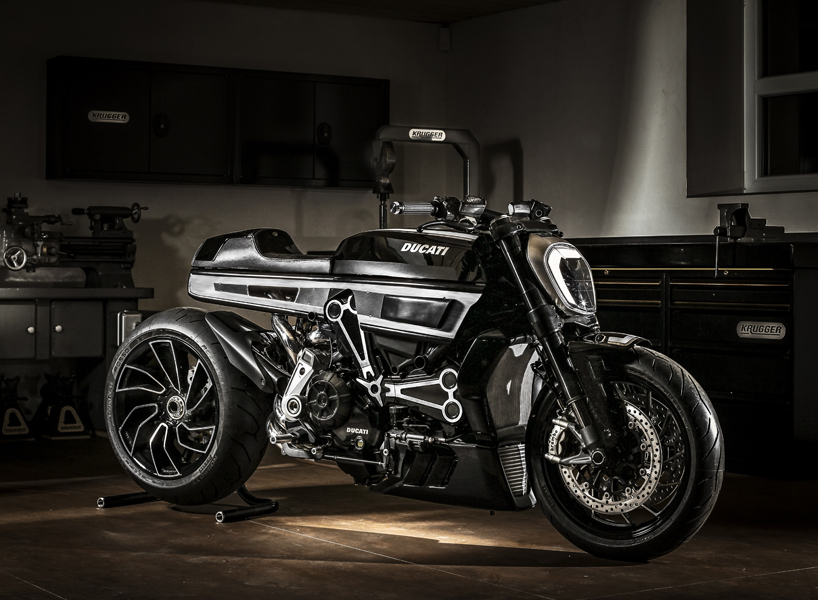 the ducati ‘thiverval’ — named after a small race track on the outskirts of paris — will be presented to the public on 1 july during the 2017 bikers’ classics. held at spa-francorchamps in belgium, this event attracts thousands of vintage motorcycle racing, customized bike and café racer fans. fred krugger, winner two editions of the AMD custom bike building world championship and one of the world’s best-known customizers, wanted to create an imaginative power cruiser that would, however, retain strong ties with the ‘xdiavel’ and ducati’s design ‘DNA’. 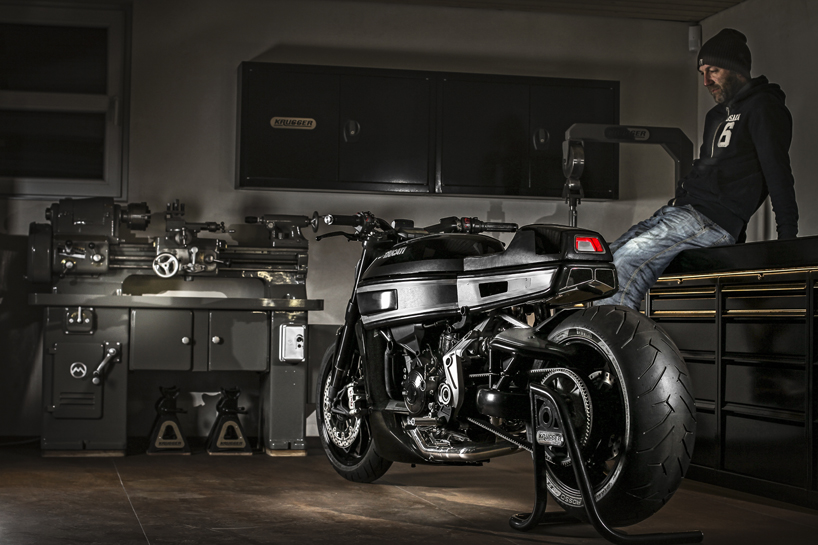 the ‘thiverval’s’ engine has been left in full view, while the trellis frame has been deliberately hidden to simplify the lines of the bike. the original headlight has been kept as a clearly recognizable trait whereas the superstructures have been completely rebuilt, especially tank and tail, using varying gloss, matt, and chrome finishes dominated by black. the tail incorporates the exhaust and the seat, with the latter, incorporating the rear light — a gem of craftsmanship that kept fred busy for days. 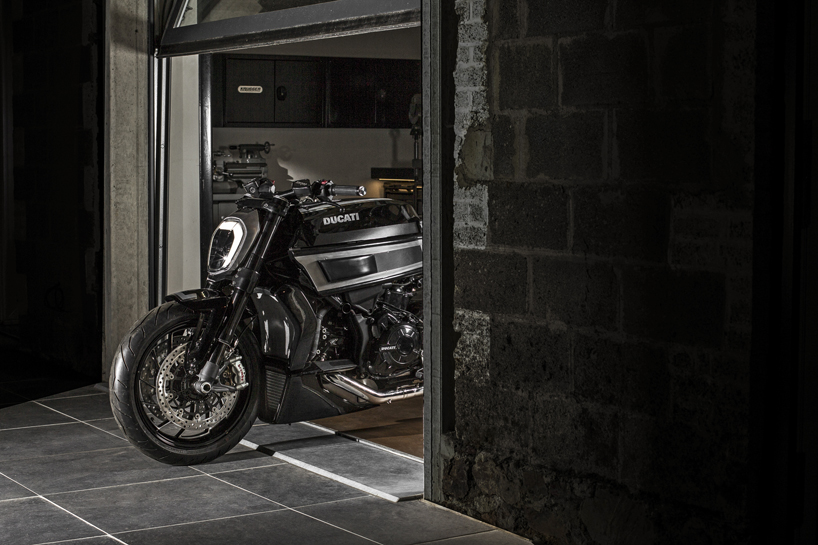 first presented in 2016, the ducati ‘xdiavel’ is the bike-maker’s take on the cruiser concept: performance and comfort, riding pleasure and relaxed journeying, combined with a design that has picked up some of the biggest prizes both in europe and the USA (red dot design award 2016, and good design award 2016), highlighting how the bologna-built cruiser has smoothly merged two apparently opposing worlds. 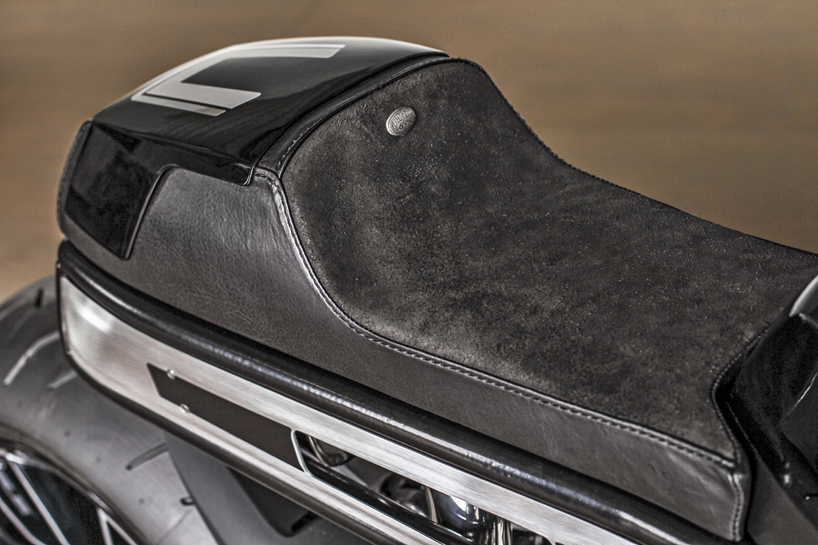 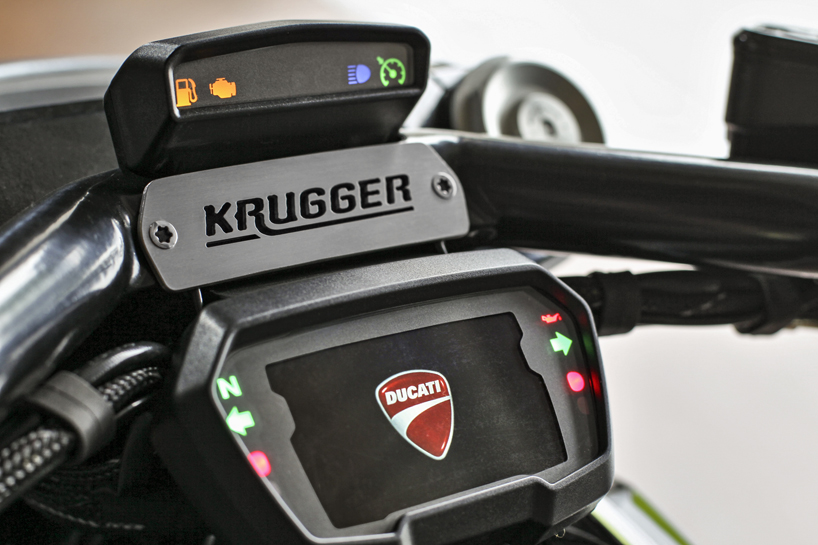 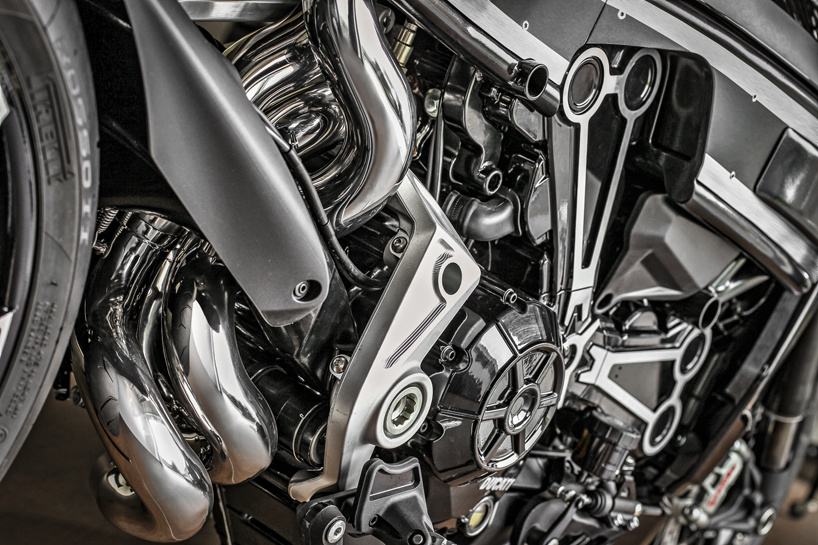 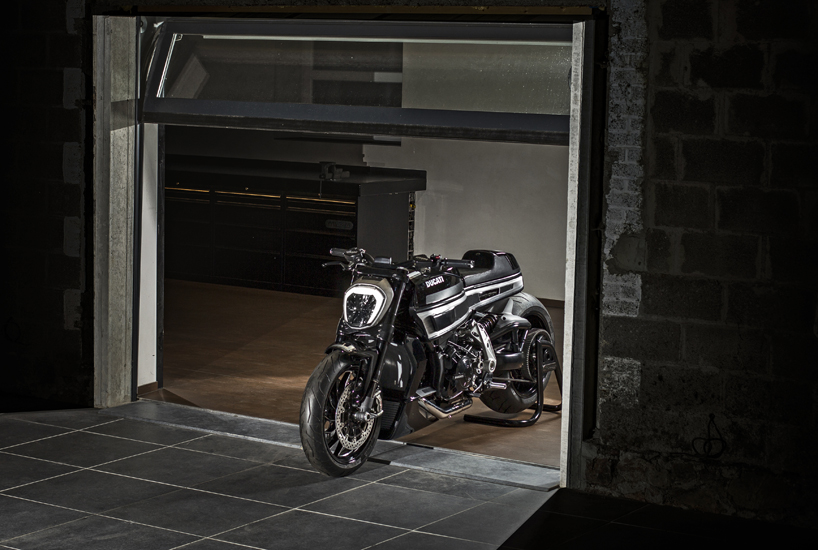 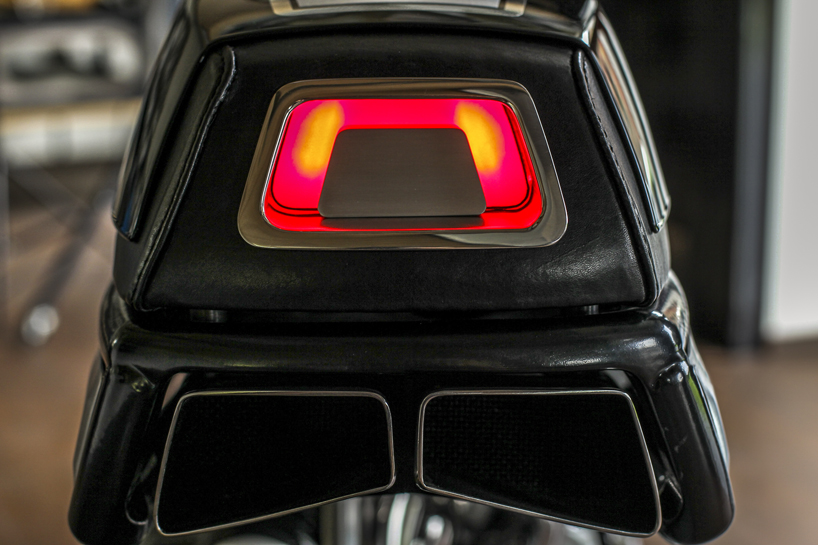 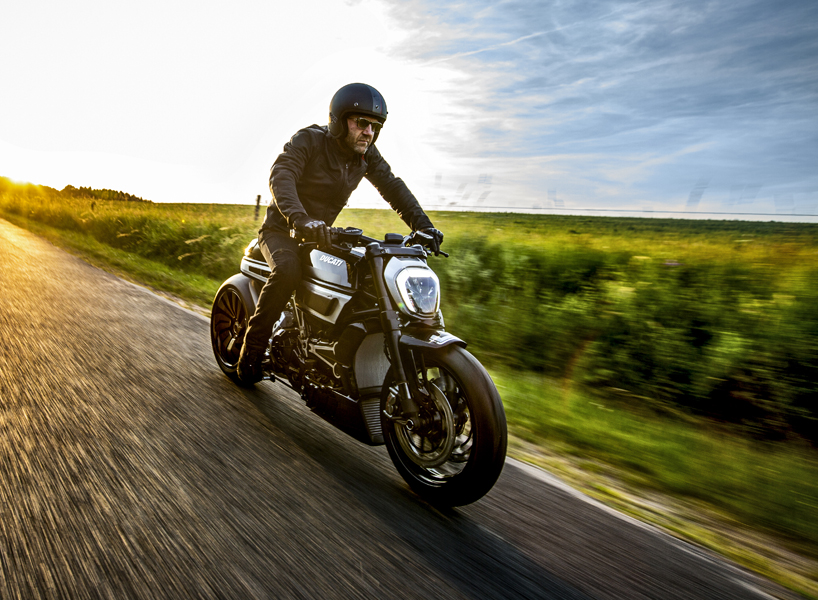 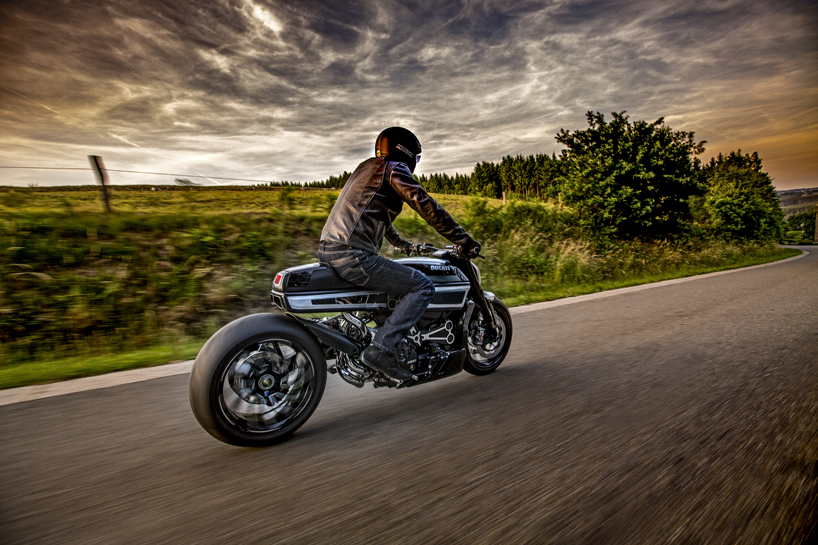 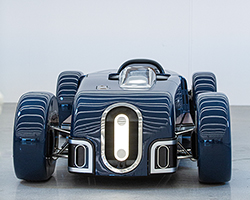 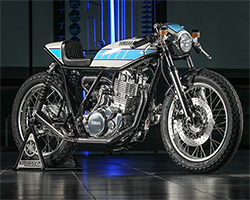