to celebrate the 90 years in which ducati has grown to be a luxury manufacturer of sport motorcycles and technology, the new 1299 panigale s anniversario aims to set a new performance benchmark. 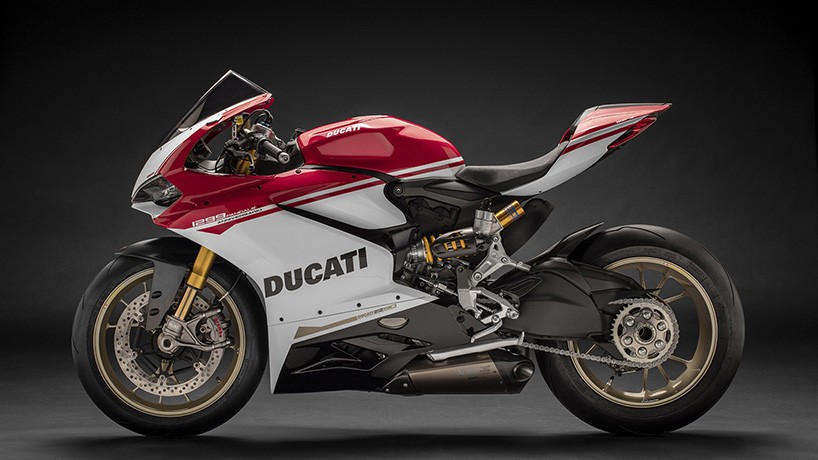 complementing and enhancing the panigale’s award-winning design, the 1299 s anniversario features unique graphics to commemorate 90 years of ducati’s passion and performance. dynamic and distinctly racing-influenced, the stunning graphics include also special gold-coloured marchesini forged aluminium wheels. the limited edition model, which shares its name with the small manufacturing town of borgo panigale, is a strictly limited edition of 500 examples worldwide. each motorcycle features a special, machined billet aluminium top triple clamp, on which its name and number are laser-inscribed to guarantee exclusivity. 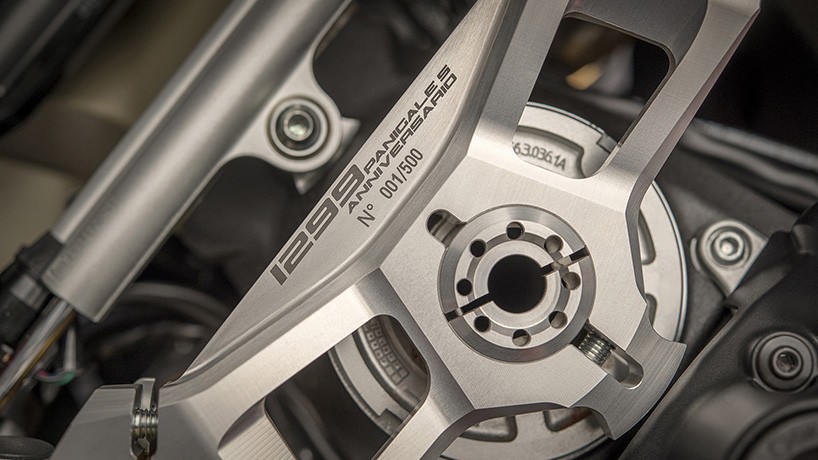 the colors of the 1299 panigale s anniversario take their influence from those of traditional ducati race bikes. the white, black and red fairing are a noticeable match with the marchesini gold wheel rims. this celebratory ensemble expresses all of the passion and the striving for performance that has characterized the company’s 90-year history. it features the 205 hp superquadro 1285 cc engine, providing the perfect platform from which to unleash its incredible 205hp power. the twin-cylinder superquadro also features engine brake control (EBC) which optimises vehicle stability under extreme turn-in conditions, ensuring the highest level of riding precision. 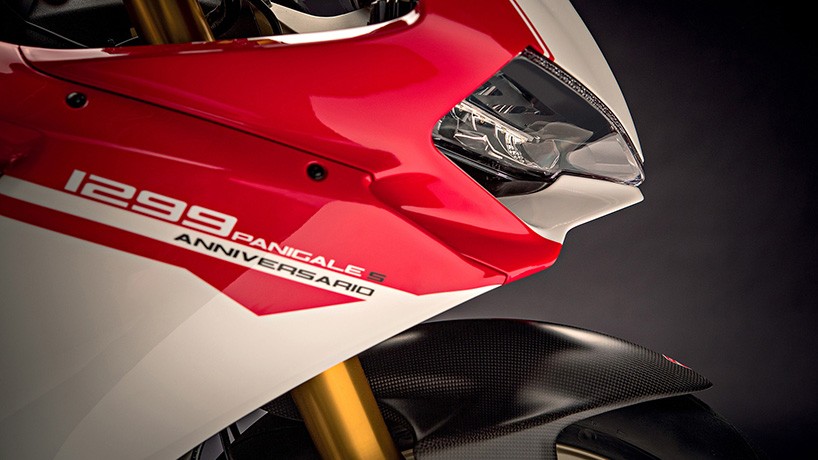 the clutch cover, cylinder head covers, and oil pan are all cast in a golden-color magnesium alloy to ensure the engine’s strength with the absolute lowest possible weight. it’s total racing aesthetic is expressed further with twin LED front headlamp designed to be an integral part of the front air scoops. the double LED rear lights wrap around the air vents harmoniously  following the iconic panigale tail lines. 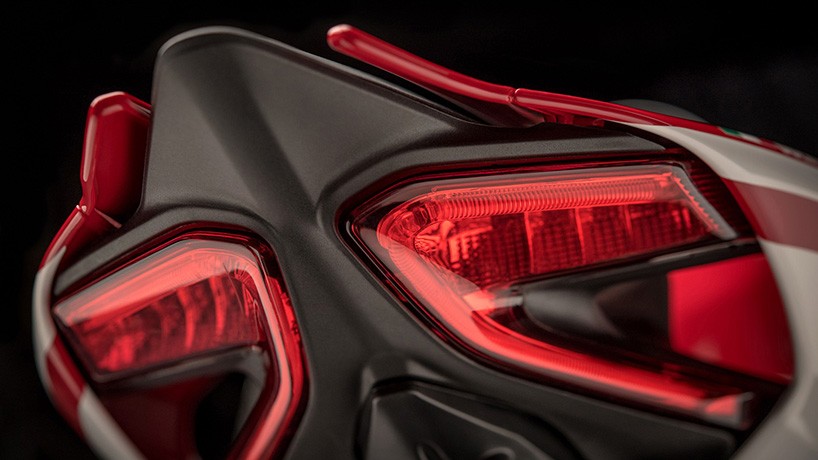 the instrument panel on the 1299 panigale s anniversario uses a full TFT display.  the colour display’s configuration is variable and automatically adapts to variations in environmental light and to the user’s selected riding mode. it also features a ‘lean angle visualization’, allowing riders to see their achieved lean angle displayed on the dash in real-time. 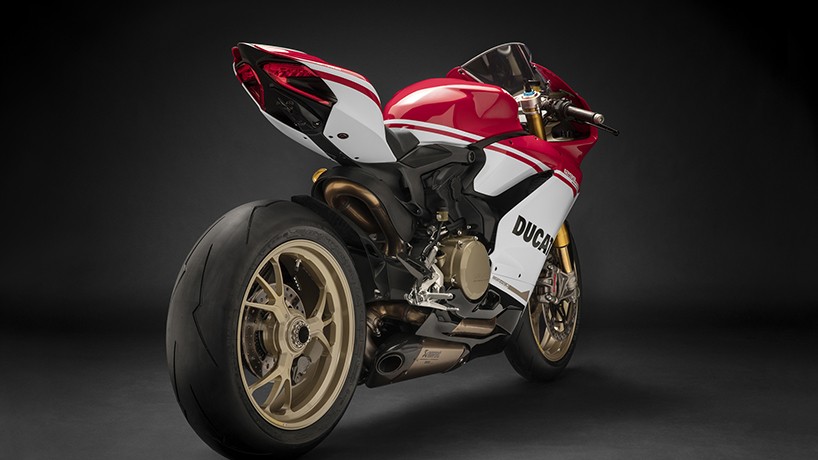 the 1299 panigale s anniversario is a strictly limited edition of 500 examples worldwide. each bike features a special, machined billet aluminium top triple clamp, on which its name and number are laser-inscribed. 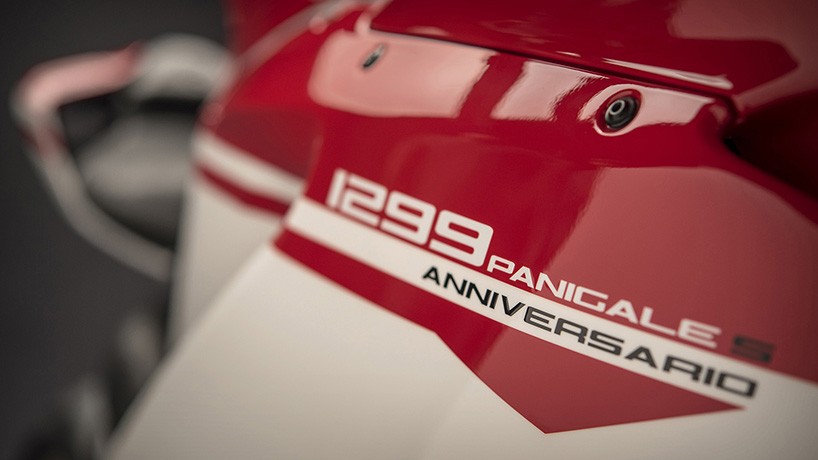 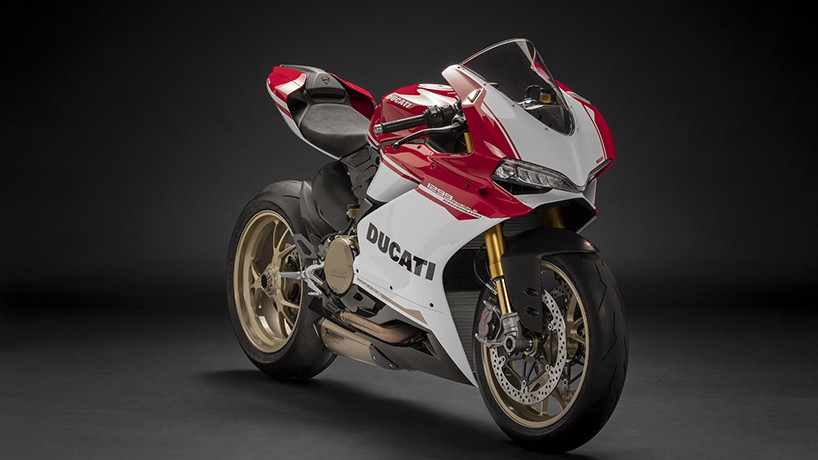 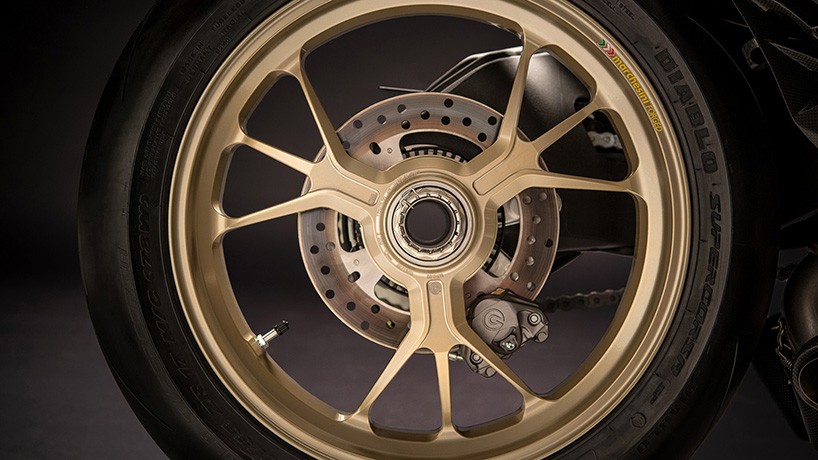 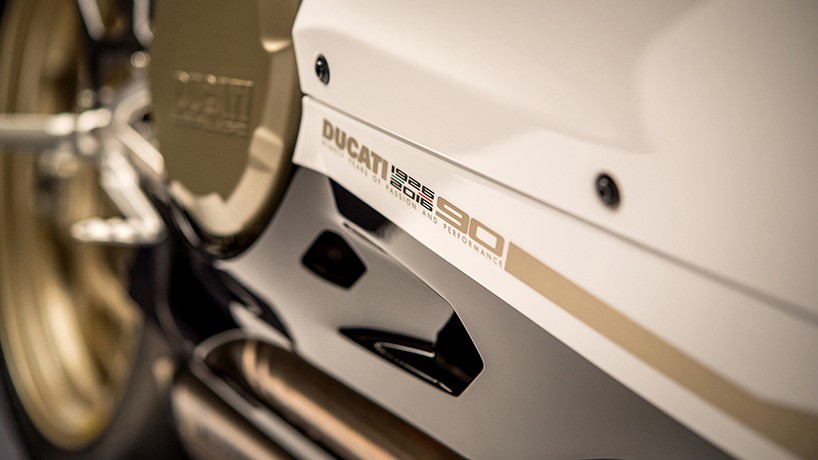 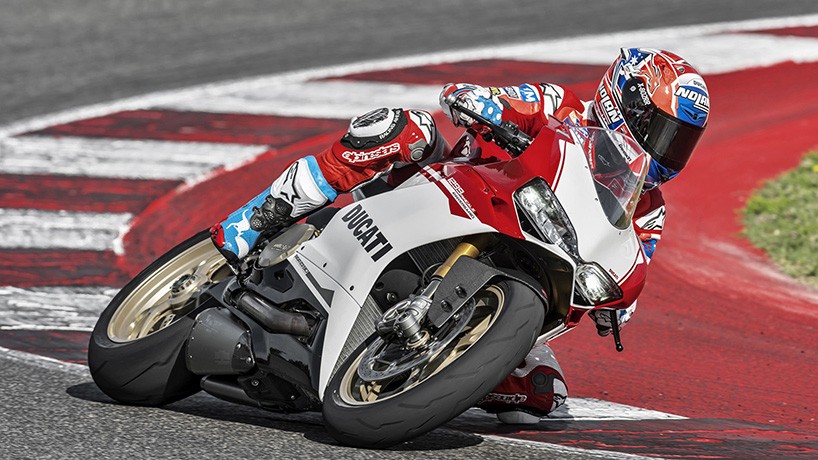 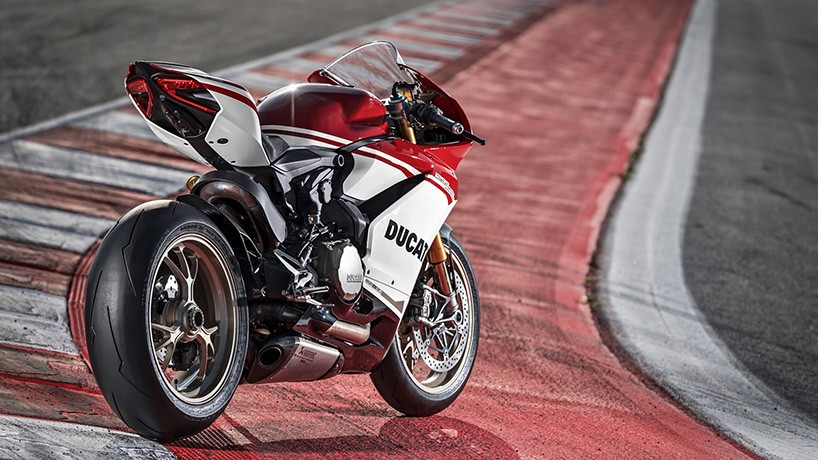