argentina’s vida bandida is a huge rally fan, and to pay homage to the lancia stratos HF – a car that is believed to be one of the most iconic rally vehicles around – it’s built an italian tribute in the form of this ducati ‘monster’ dirt tracker. 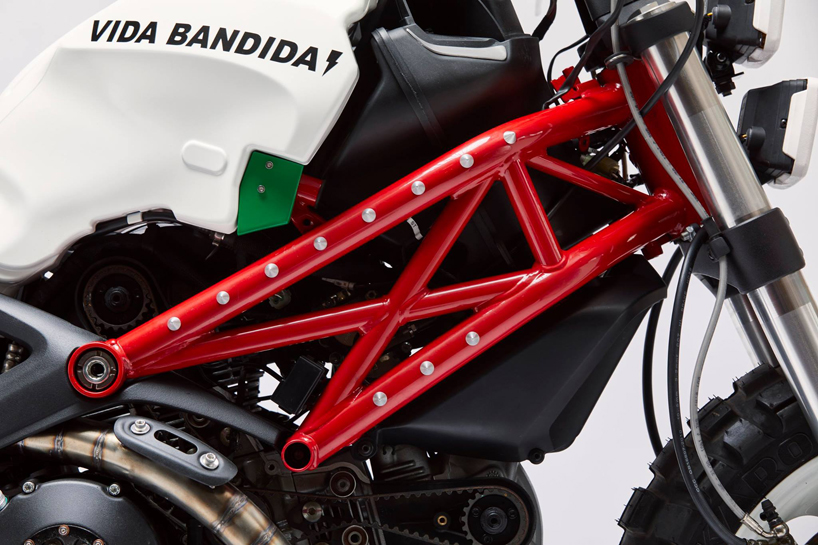 vida bandida’s owners, tocho and salvador, started by stripping the ducati ‘696’s’ factory parts to help bring the trellis frame and engine block to the fore. while the bare-bones look fitted the theme perfectly, it still required a proper finish. unfinished state wasn’t. the motorcycle then received the iconic red, white, and green lancia-styled paintwork and a pair of chunky off-road tires were fitted to custom white ducati rims. 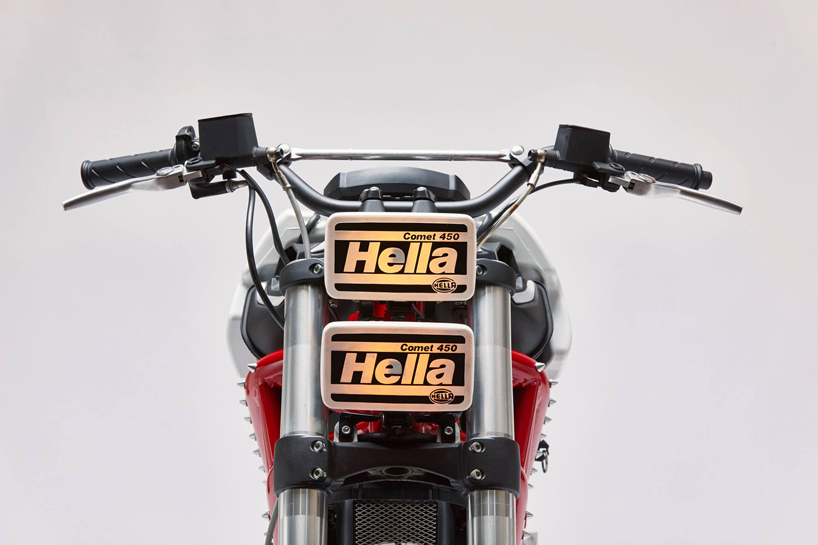 at the front of the bike is a pair of glowing spotlights with ‘hella 450’ protective covers. the tail has also been reworked, and now boasts an upward stance that complements the frame, tail and brake lights. the exhaust was also given an aggressive aesthetic – now featuring a four-sided tip finish – to complete the dirt tracker tribute built for the backcountry. 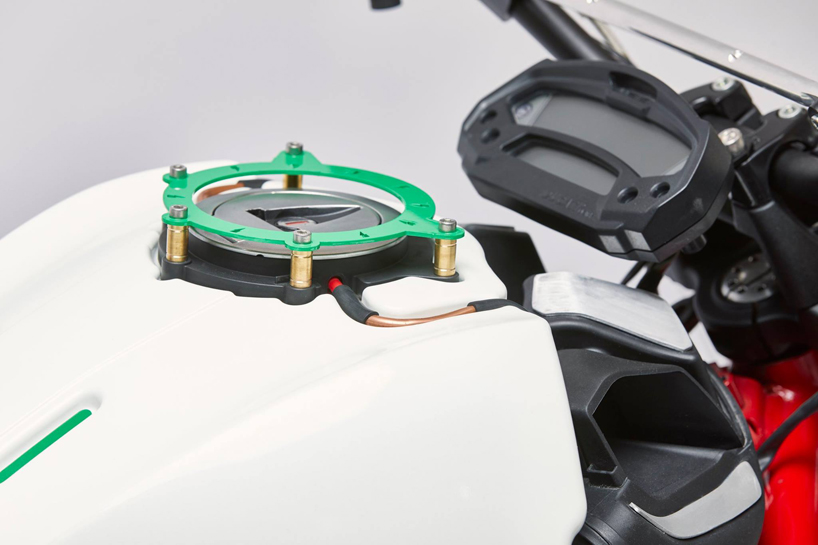 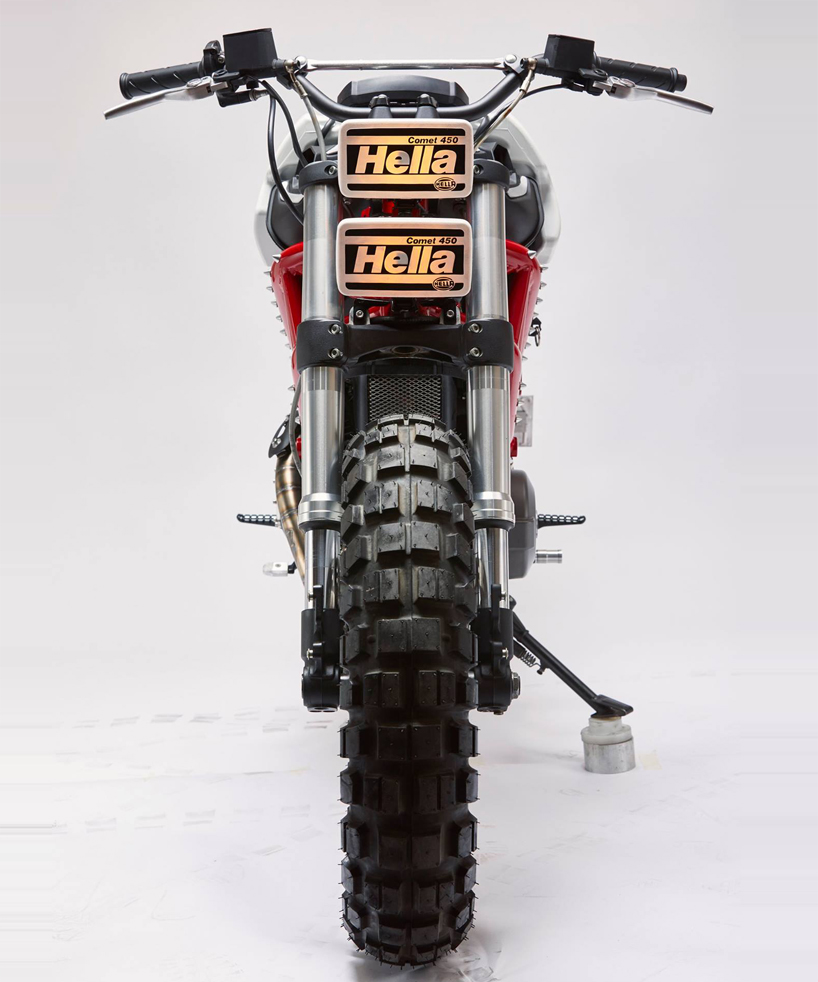 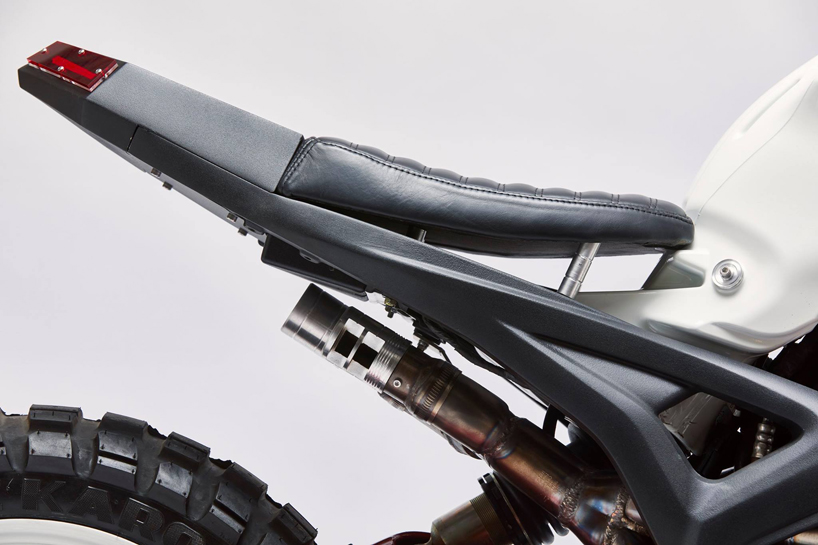 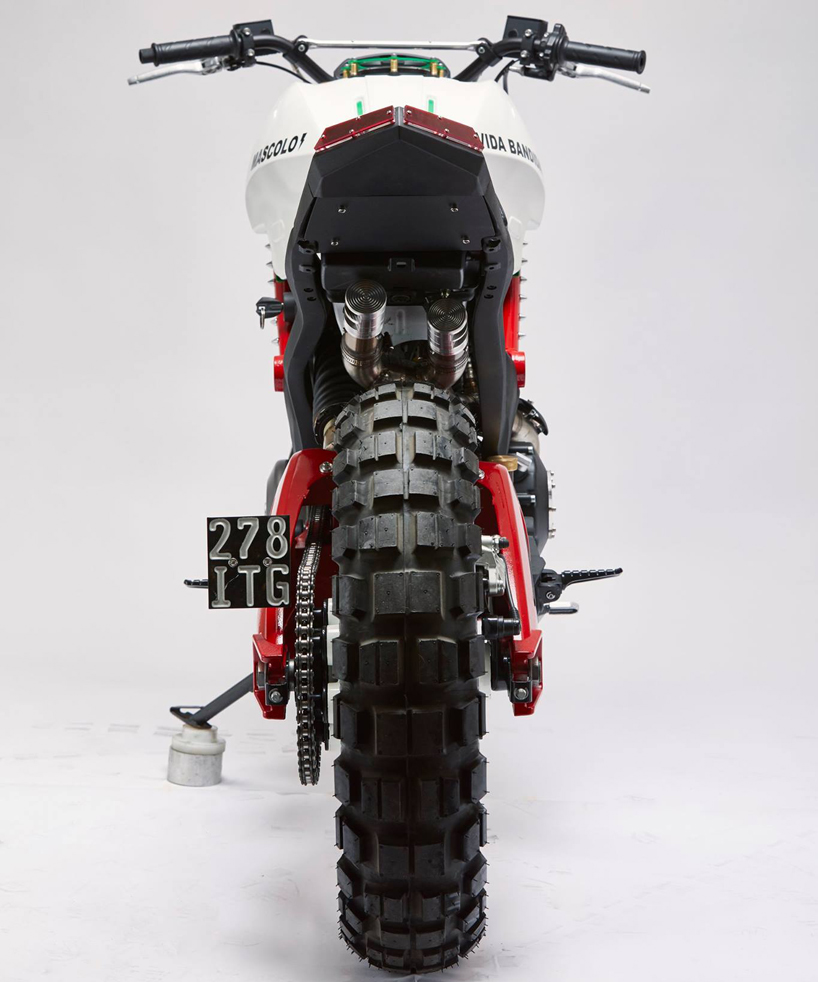