to convey the strong bond between ducati and pirelli, the two italian companies decide to collaborate on an artistic motorcycle with vibrazioni art design. the result is dubbed the ‘SC-rumble’, a specially made, drastically altered ducati ‘scrambler’ that is equipped with pirelli ‘MT 60 RS’ tires. the stock chassis was shortened in the back and all the original lids were removed in favor of a monocoque made of sheets recovered from industrial bins, which were hammered and shaped by hand. the shell was then coated with a transparent polyurethane gloss, finished to accentuate the shine and give the surface a smooth touch.

the windshield, similar to the side panels, was made from aluminum and was wrought by hand as well, with an added smoke headlight that houses a circular LED light influenced by the flagship ducati ‘scrambler’ series. the accents on the tank were hand-painted, laser-engraved nitrile rubber that emphasizes the texture of the tread pattern of the pirelli tires. the settings on the bike were changed with an adoption of a made to measure rear shock, a stretched wheelbase and to give it a more reactive feel the handlebar was replaced from a ducati ‘street fighter’. ’SC-rumble’ vibrazioni art design was presented at the bike shed in london, where the public can see it on may 23 to may 24, 2015. 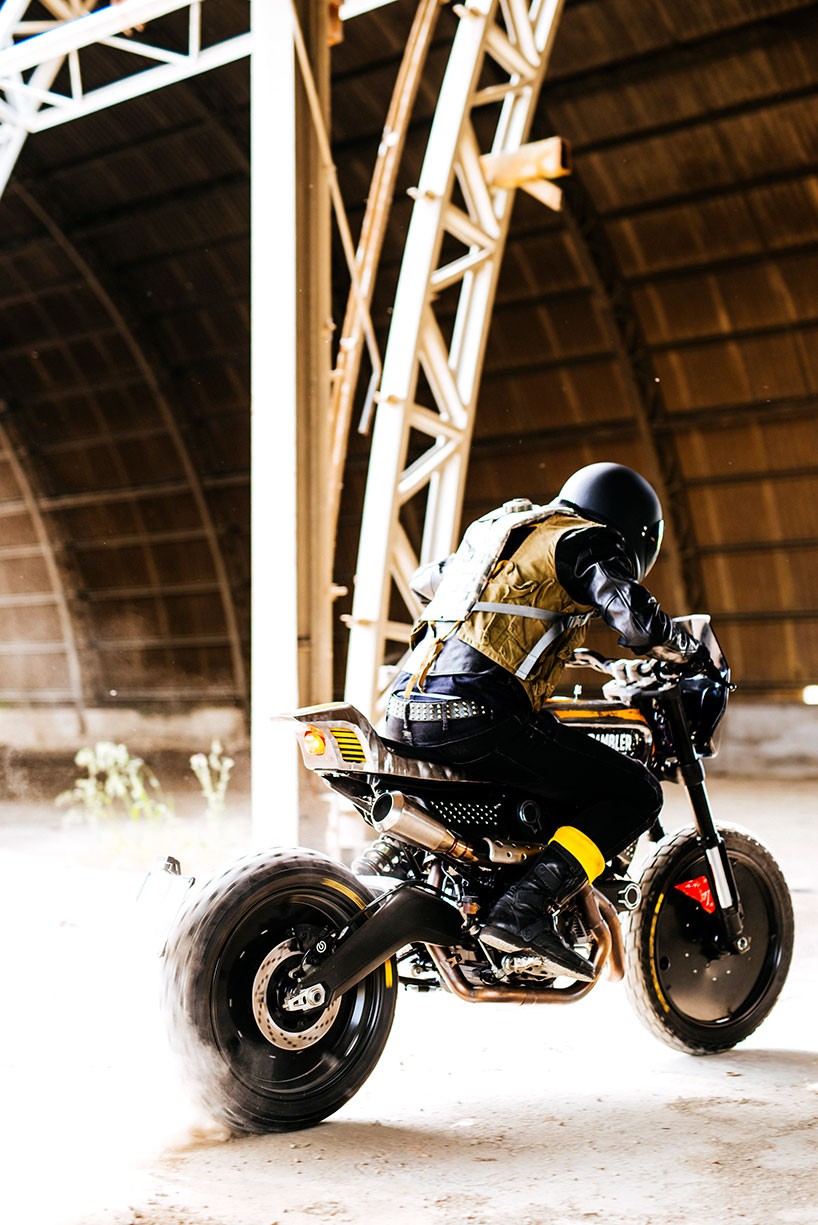 the bike has a lengthened wheel base 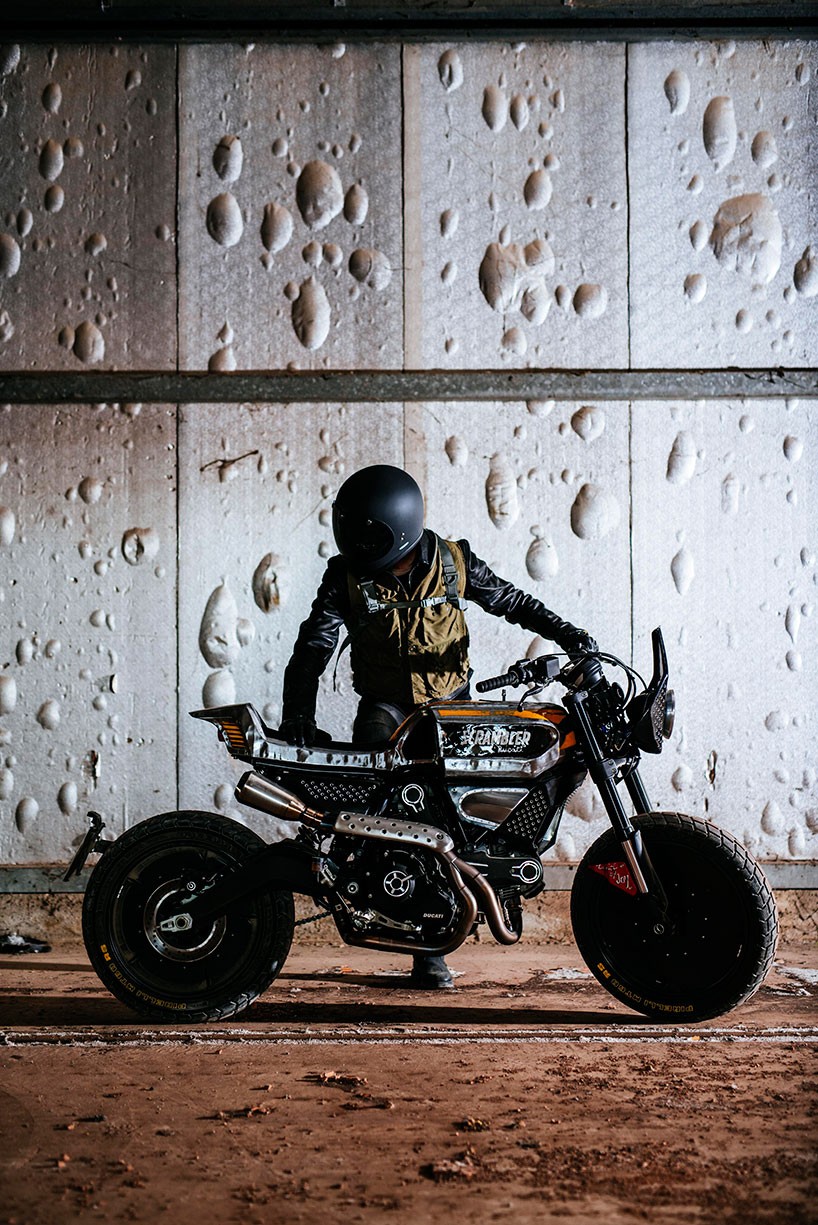 the tank cover is made from an industrial garbage can 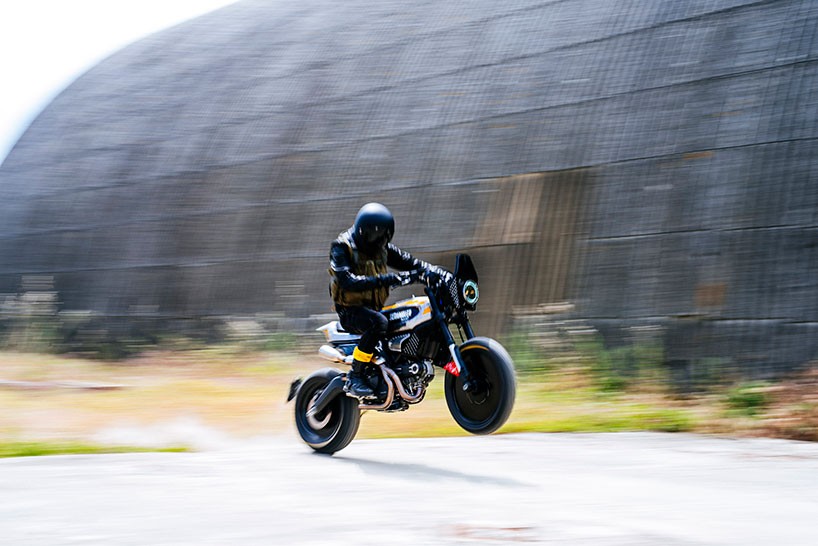 the shell was coated with a transparent polyurethane gloss 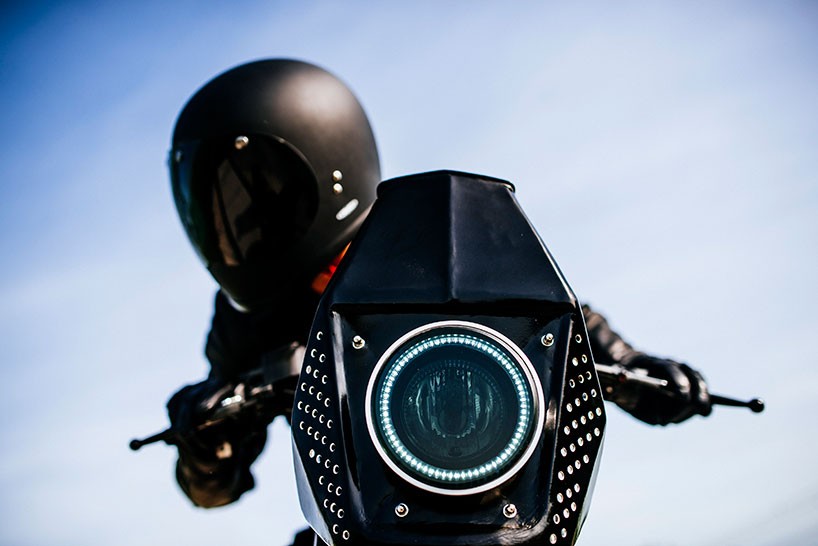 the LED light influenced by the flagship ducati ‘scrambler’ series. 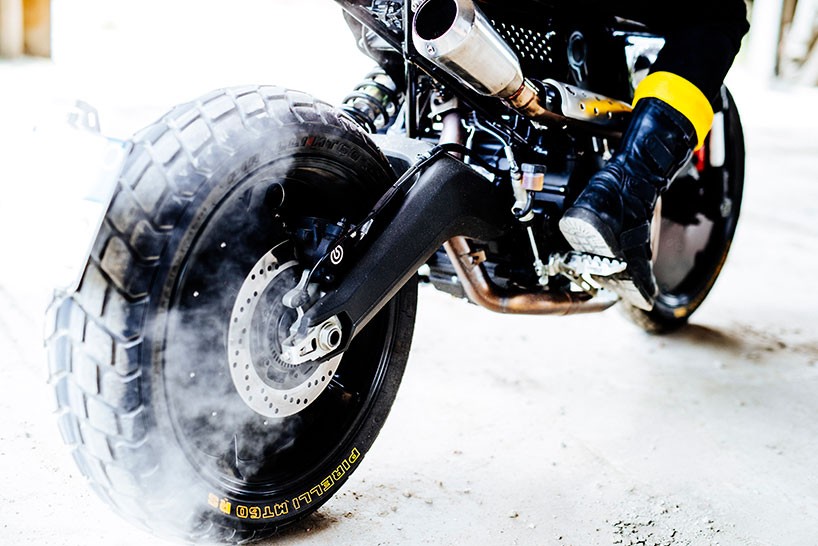 a made to measure rear shock 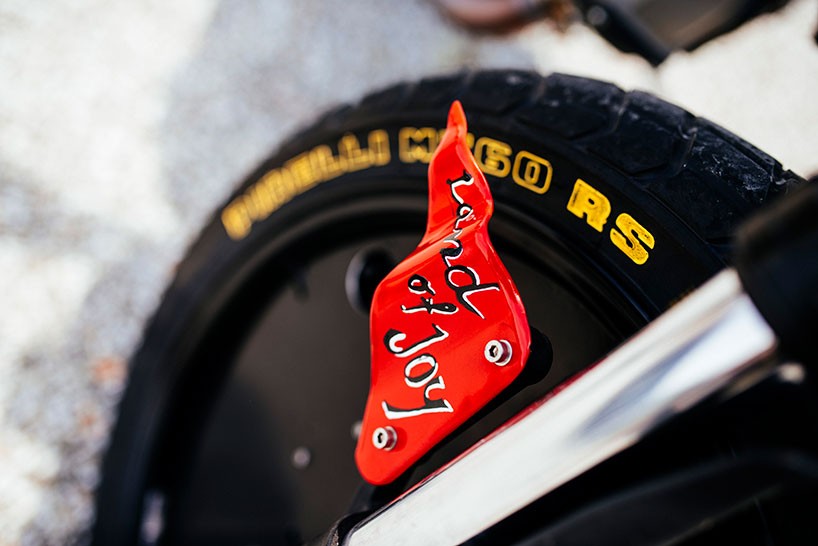